Do NOT Sleep on These 9 Commander Uncommons from Dominaria

As Commander players, when a new set is dropped we naturally look to see what it holds for our format. Generally that means taking a look at the mythics and rares and finding which ones will augment decks you already own or finding which legendary creatures can be brewed around as commanders. In the past two weeks Sean and I have looked at a whole whack of the potential commanders from Dominaria. But if you look even deeper, past the red and gold set symbols you'll find some true gems, and they're not necessarily legendary ones either. 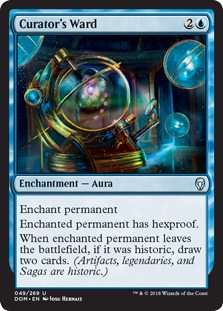 Not a flashy spell by any means, but dropping a Curator's Ward on your Mind's Dilation or Doubling Season is a scary proposition for your opponents. Not to mention that if a Curator's Ward finds its way on to your Commander and someone manages to board wipe, you still draw the two cards because of the “leaves the battlefield” ability. I'm not saying this will become a staple in blue, but for a little three-CMC aura, Curator's Ward can do some big things on the right cards. 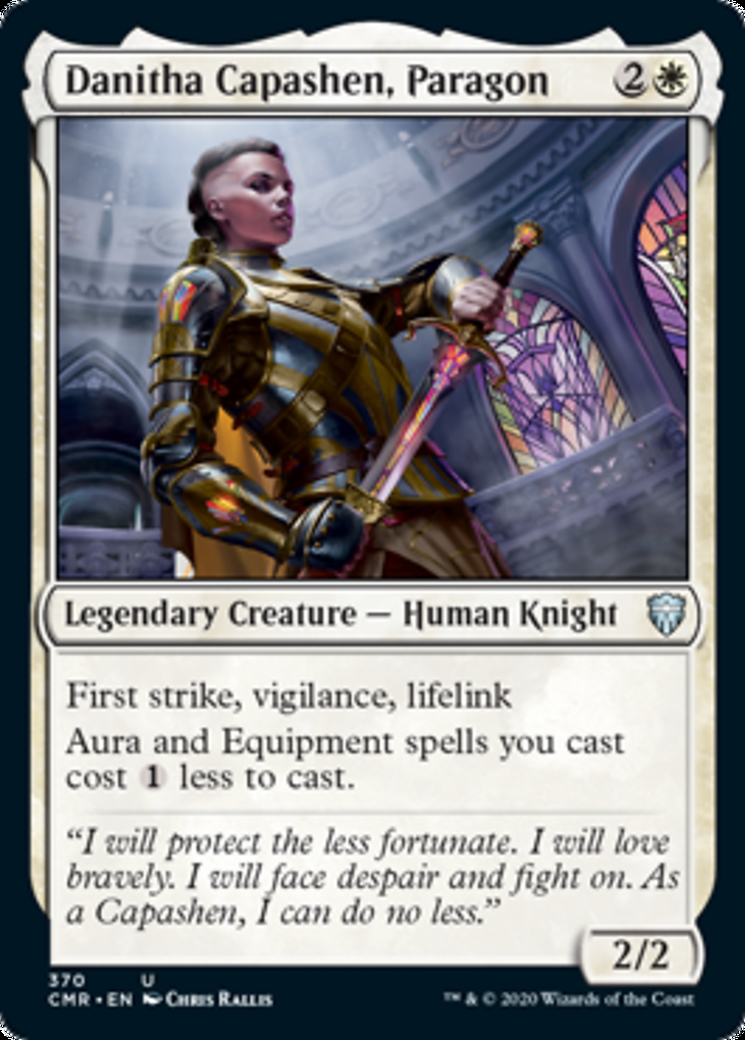 Cost reduction spells on creatures are just the kind of “ramp” white decks need to get rolling and create card advantage from generals like Sram. But with no shortage of equipment and auras matter cards in White, it would have been easy to create a mediocre creature we didn't care about for the limited environment. Danitha, however, is a great example of a card commander decks of this ilk will actively want to have because she reduces costs while also being a 2/2 with lifelink, first strike AND vigilance. 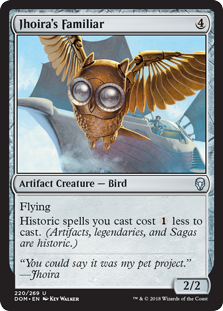 Hey its a bird that makes your artifacts and commander cost less. Anyone want it? SEEMS GOOD.

Pair it up with some graveyard synergy and some pretty broken combo strategies open up. 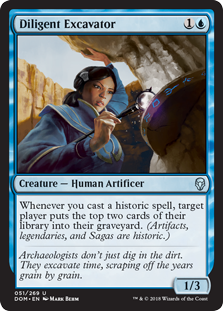 Remember when two seconds ago I said you could open up some broken combo strategies? Well, this is a new tool in those decks that care about going infinite with free artifacts. 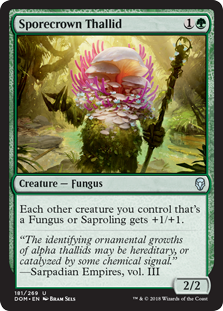 A pretty innocuous little mushroom, this little guy is a welcome addition to the ever-growing colony of fungus cards decks like Ghave. I wouldn't be surprised to see other saproling tribal decks sporting a Sporecrown Thallid either. 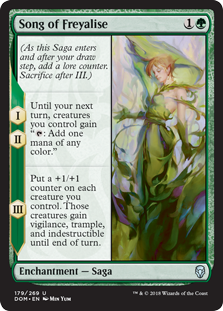 To be honest I'm not sure of the playability of the new Sagas in Commander. Outside of a dedicated enchantment-matters build, that is. However, Song of Freyalise looks like one I'd consider running in just about any go-wide deck.

The first two turns of this saga mean tons of mana if you have any kind of board state, so whether it's developing your board or playing out big threats later in the game, I like the song. Also, once you have ramped out hard and dumped your creatures on the battlefield, you now get a permanent anthem in the form of +1/+1 counters on everything you control. Some decks care about that more than others but whether it's Marath tokens or Ezuri evasive dorks, I think this card packs a serious punch in EDH. 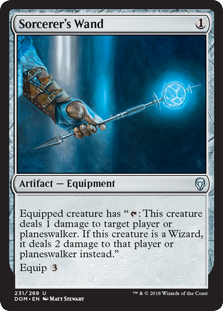 Giving creatures the ability to ping players (and planeswalkers) is an easily abusable feature in EDH. Endless untapping combos usually had to wait to find their Tim or Tim substitute before going infinite with pinging damage. Now, not only can any deck have a Tim, the combo needs one less piece to get off the ground. 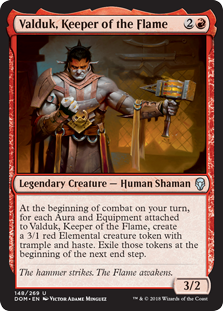 Valduk, Keeper of the Flame

Kemba, Kha Regent is a fun and interesting commander, and Valduk takes her themes and applies them to a different part of the colour pie. The temporary nature of the tokens Valduk creates means you have to do something NOW. Which I think largely means other creature ETB abilities from the likes of Purphoros, Ogre Battledriver, and Warstorm Surge or sacrifice outlets like Goblin Bombardment.

Personally I prefer Valduk over Kemba because of the immediacy of the deck. You must do something now, there's no time to explain! It's like an episode of 24. 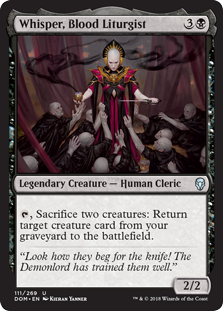 Victimize is a solid reanimation spell in Commander. It turns out the reverse of it (sac two creatures to get one back) is just as good because often sacrificing twi creatures instead of one can be a real bonus. Not to mention the fact that it's repeatable and at instant speed. I know so many black decks that would love this card. Anything making zombie tokens or saprolings like the aforementioned Ghave, for example.

With Whisper, you get a sac outlet for more than one creature but also a reanimator to make sure you never keep your best creatures off the battlefield for long.

In the end, don't sleep on any of the uncommon Dominaria cards. Many have had their power pushed in an attempt to keep up with cards like Llanowar Elves being in the format, and the abundance of Legendary card types... and we're reaping all the benefits.

Let me know about any other Dominaria uncommons that you're eyeing for your Commander deck or join Commander's Brew's patreon and let us know on our Discord channel! Either way, I'll see you later!