As one continues down the path of mayhem that is commander, you may find yourself turning towards the absurdity of the format. The decks that just have ludicrous turns because fun is a finite amount and you must be having all of it. At the same time, you don’t want to destroy your meta and make it too overpowered, you just want to do ridiculous things! Let’s look at a downgraded version of Melek, Izzet Paragon for this inspiration.

So as you can see, a pretty generalized list for Melek, Izzet Paragon, but it is rather underpowered. This can be done just by following a few easy rules for analyzing a deck. 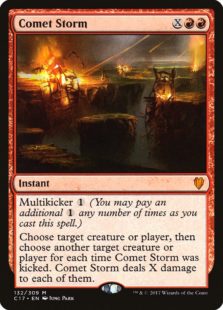 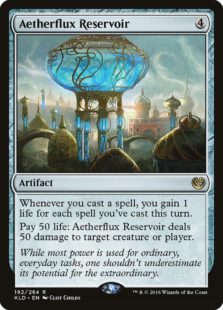 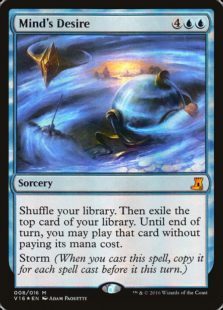 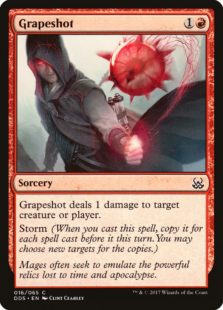 In a typical storm list, this will be items like Mind’s Desire, Grapeshot, Aetherflux Reservoir, Comet Storm, Banefire or even Brain Freeze. Start by powering those down if you need to, but keep in mind that you can’t cut too many because you still want to win somehow right? 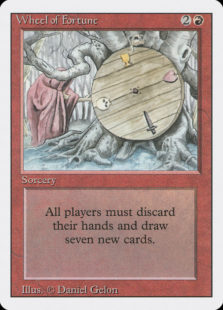 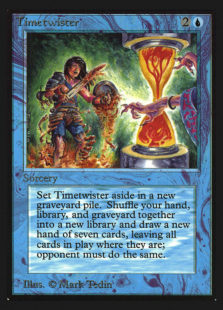 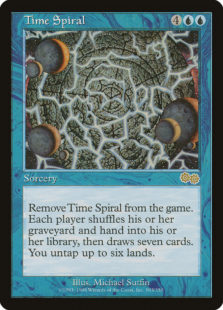 Next start by breaking down the enablers in the deck. This is the easiest way to power down a deck. Take all those great cards like Timetwister, Time Spiral, Wheel of Fortune or fetch lands to power down your Brainstorm and Sensei’s Divining Top. If you can’t enable your win conditions, then you can’t win at all. Enablers are the under-appreciated power of the deck itself. It’s like how you should generally try to kill the Deadeye Navigator rather than whatever it is flickering constantly.

Another way to reduce the power level of your deck is to increase the overall mana curve! Keep it so that you’re just ramping for several turns in the game. This gives your opponents plenty of time to punch you repeatedly so that no one feels bad if you end up eventually having a crazy turn. Play the politics game until you’re good and ready (and have drawn just so many cards). As well, you can increase the number of generally clunky cards to your deck or intend to win through alternate conditions.

For example, in this deck, you’ll often not be winning through the storm mechanic itself but through so many effects that will just keep pinging your opponents until they just die out of nowhere. Having to win this way keeps the deck generally more honest and the storm cards are generally just here for additional value.

Playing to your Meta 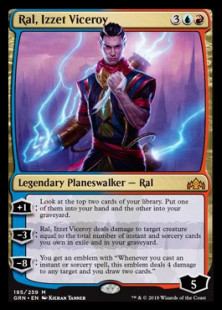 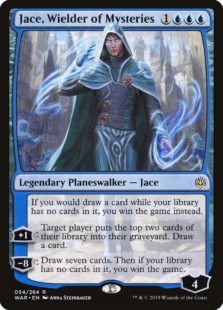 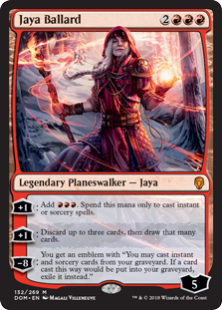 One of the best ways to keep your deck at a reasonable power level while playing is to simply adjust your plays to your meta. Just because you had a hand that could be dumped out entirely on turn one, it might not be the right play for your meta. Not everyone is okay with coming out to play and you just winning on turn one. One of the best ways to keep everyone happy during a game of Magic is to simply play to your meta! Maybe you shouldn’t play that turn one Sol Ring or storm off on turn 3. Filling your deck up with planeswalkers that support tap out play styles will often help with this effect as well. Your deck can likely benefit from Jace, Wielder of Mysteries regardless due to its Laboratory Maniac static ability, but it also helps give you what can often be clunky plays in the early turns. The same thing goes for planeswalkers like Jaya Ballard and Ral, Izzet Viceroy. They may gain you some value in the long run but they will often just be clunky plays that help keep your power level down as planeswalkers are often overrated in terms of the power level of the format.

The gist of this deck is that it offers powerful plays at a discounted power level. It can go off effectively but not as consistently as one could with better enablers and just better win conditions. Regardless, decks like these are often a blast to play and a good deck to have on hand if going into an unknown metagame. Silly, fun and sometimes explosive. Nothing feels better than winning through an honest little Guttersnipe (that hasn’t been Rite of Replicationed).

That’s all for this week! What do you think about the reductive style of deckbuilding? Do you agree or would you rather play your deck to the best possible list? Until next time, may your Brainstorms never brick!