The Unsung Heroes of Commander Legends

For the first time ever, we’ve seen a complete draft set dedicated to Commander, and we haven’t had too much time to evaluate the impact it will have on the format (outside of Hullbreacher being a mistake). Everyone has been so excited for the big hitters like Opposition Agent or Jeweled Lotus that they’ve mistakenly overlooked several cards that they should be playing far more often. Let’s take a look at some of the unsung heroes of Commander Legends that you should be reevaluating for your future decks.

Imoti, Celebrant of Bounty and Averna, the Chaos Bloom 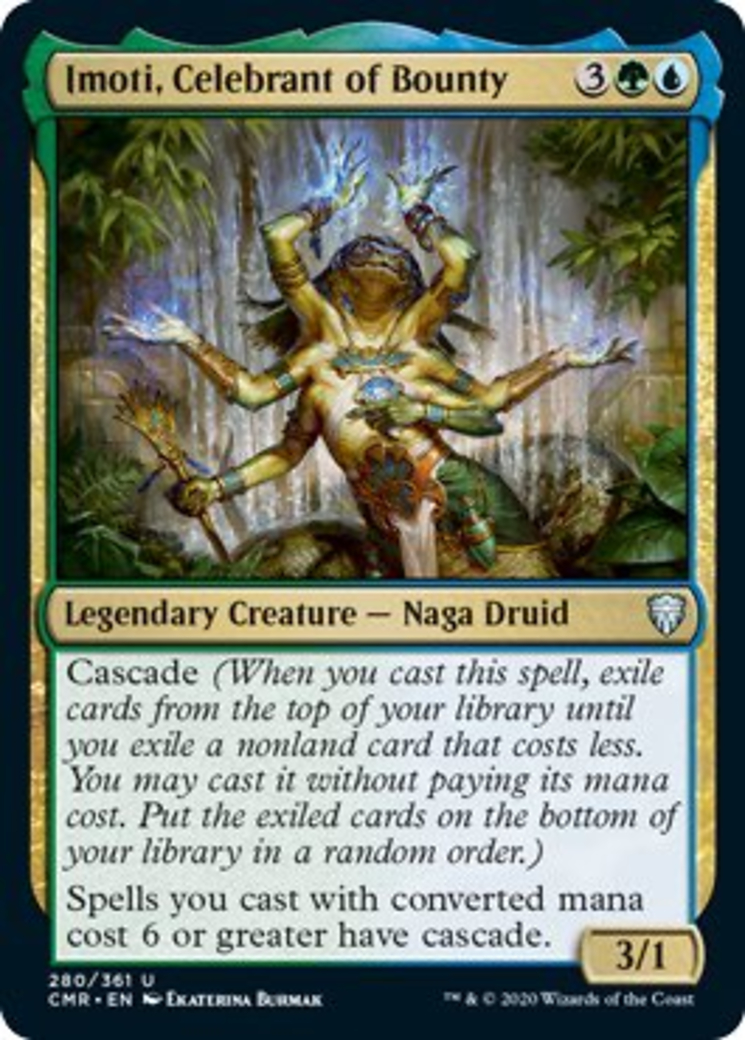 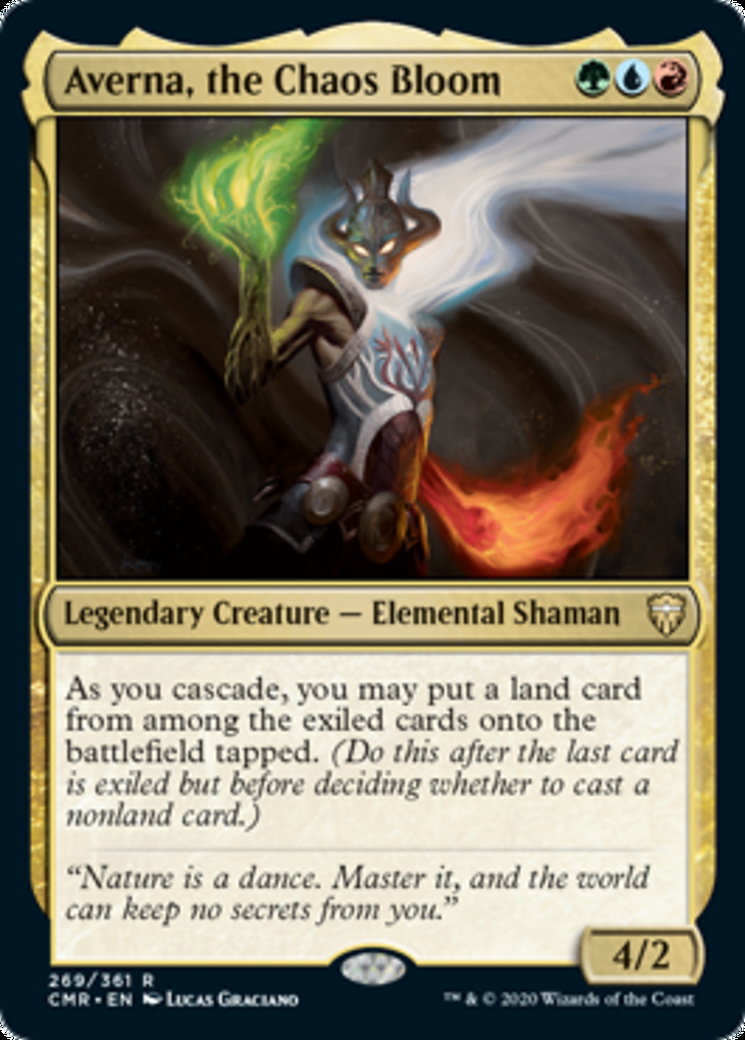 Temur decks behold, you have some great upgrades coming in! Both Averna and Imoti look to be auto-includes in decks like the Maelstrom Wanderer going forward and both stand to be strong Commanders in their own regard. The colour combination that they exist within offers both quality and quantity in the ramp department that makes turning these cards on incredibly easy with deck manipulation also available with Brainstorm effects. With the addition of Apex Devastator to the format as well, it’s hard not to see these cards as incredibly pushed for our Temur friends due to the value they quickly gain on most board states. Keep an eye on these cards in the coming months as they will most certainly see play.

Court of Grace, Court of Cunning, Court of Ambition, Court of Ire and Court of Bounty 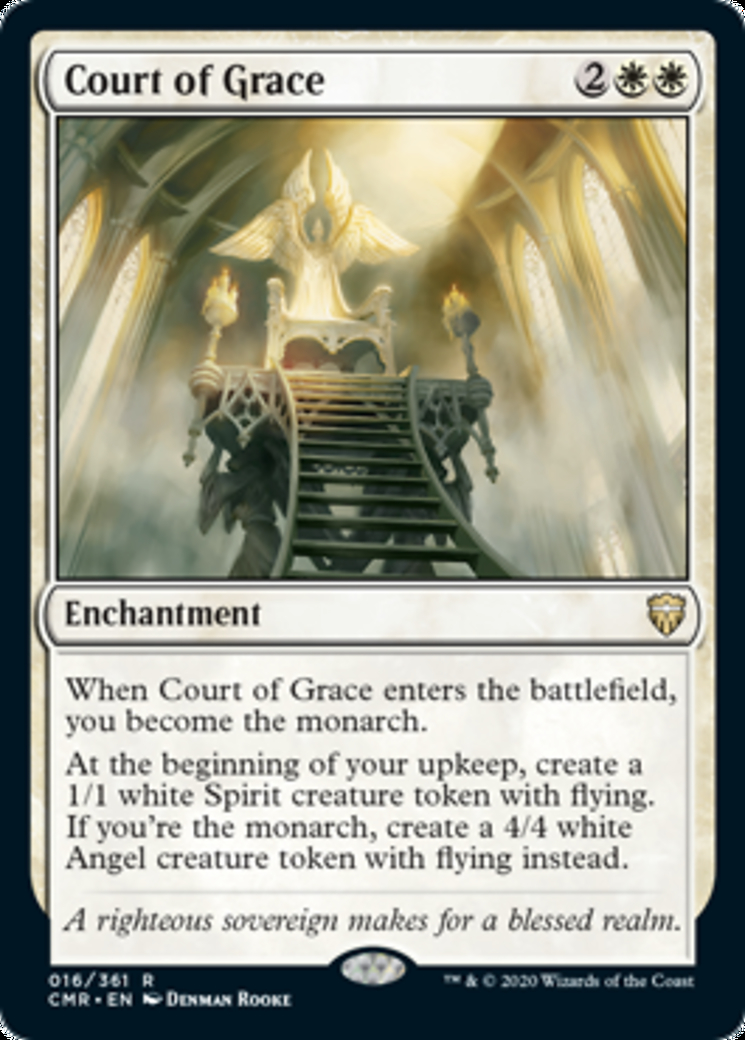 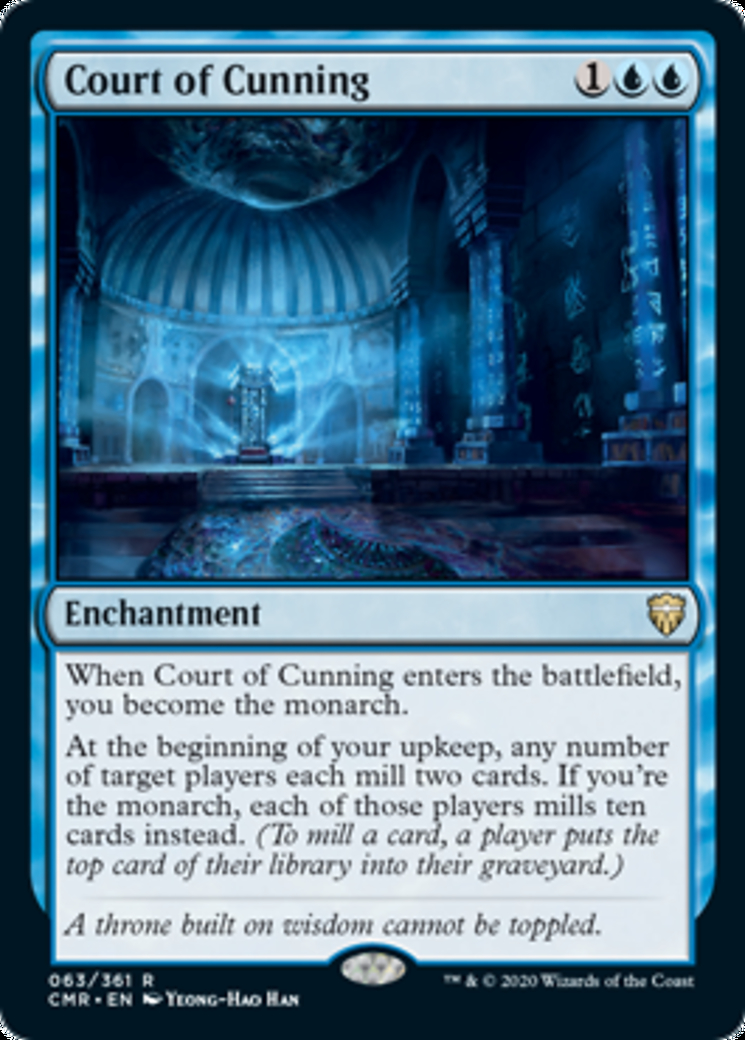 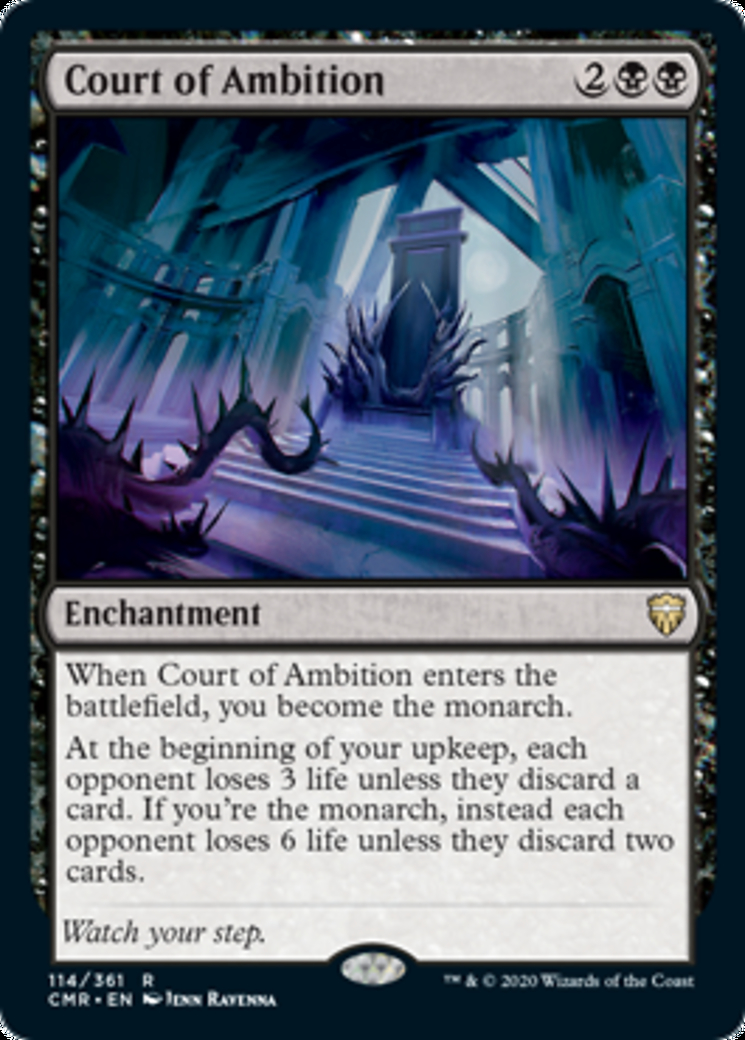 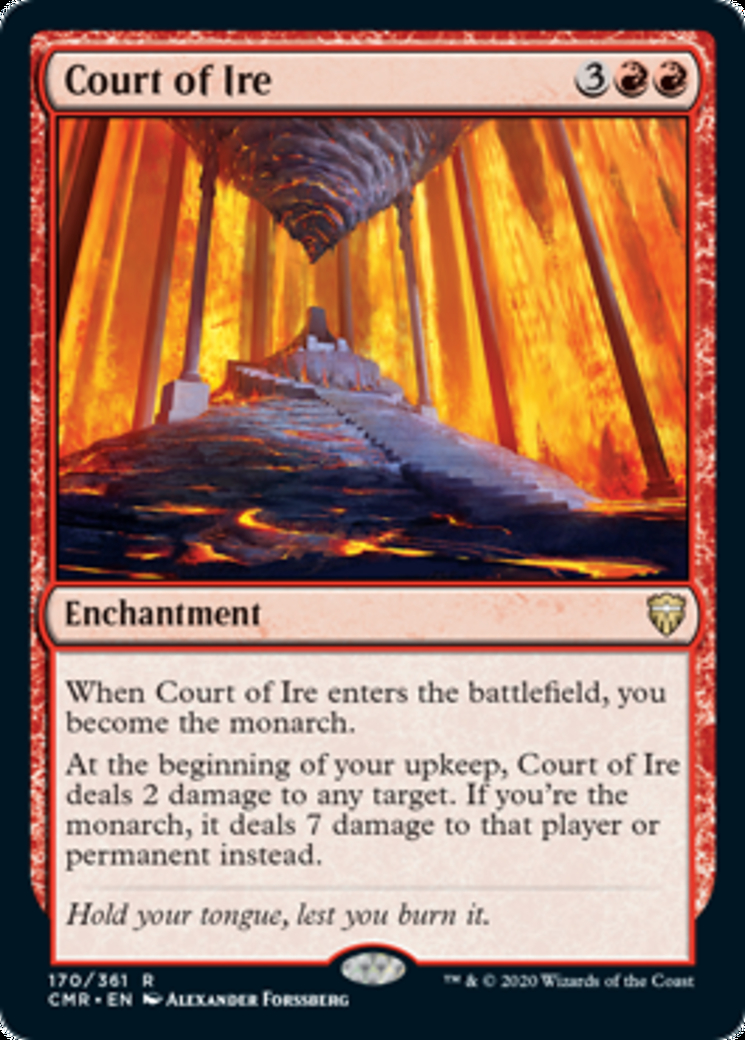 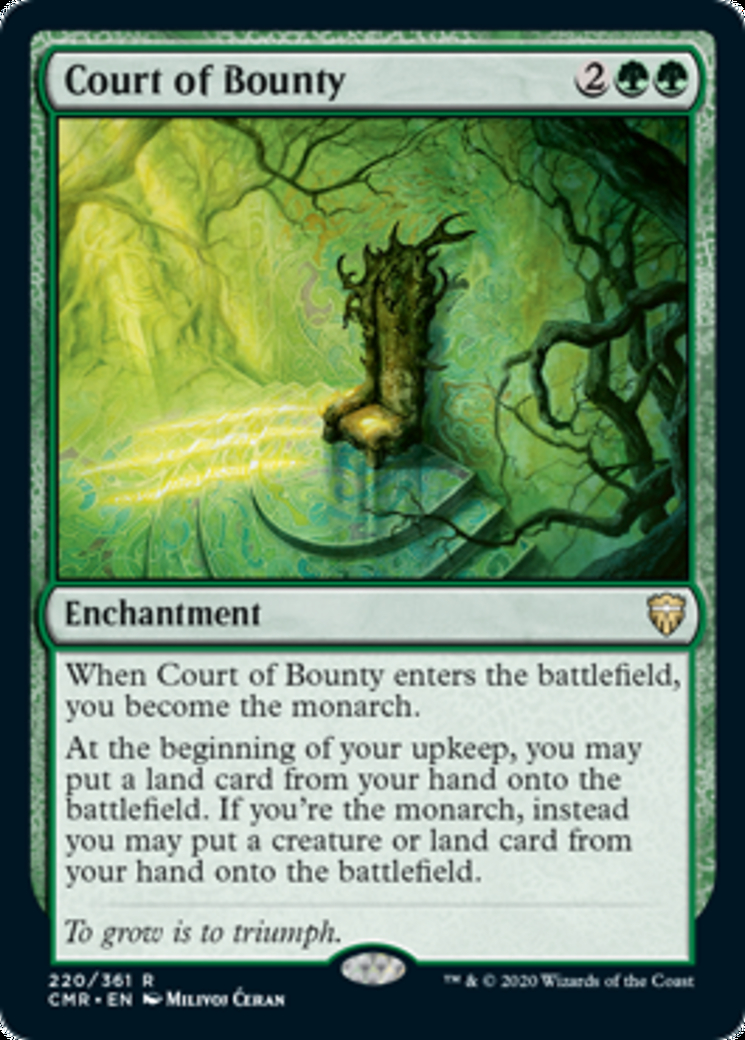 This will most certainly be one of the more understated cycles from this set. Appealing more towards midrange decks that want nothing more than a long interactive game, the Court cycle is certainly all winners. Replacing themself by the end of turn and offering various advantages over the course of the game should keep all of these cards consistently played. None of them reside at an overly high mana cost and reside lower on the threat level due to their quiet nature but enable much more explosive decks to not just build a board, but recover from large setbacks. They’re all understated cards that at their absolute worst, replace themselves if they’re drawn too late in the game. Never underestimate the power of the Monarchy as we look at some of the other cards from the set. 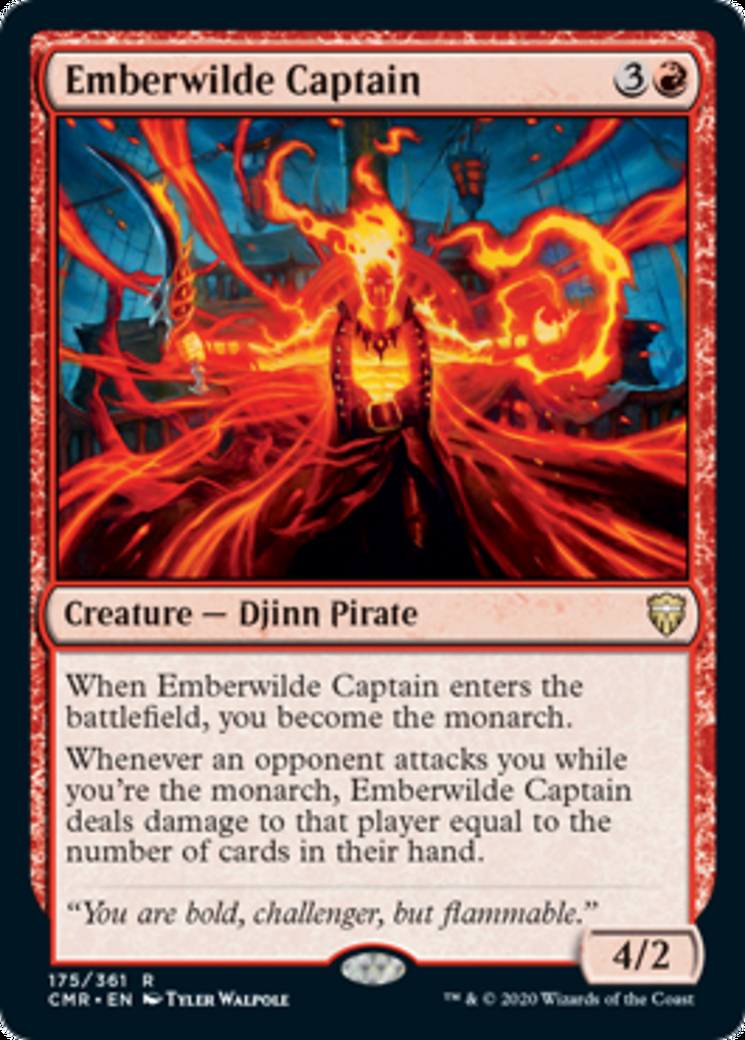 An answer for metas that are overly dependent on Craterhoof Behemoth or Avenger of Zendikar. When swinging out with a huge board, those types of decks usually have at least a couple of cards left in hand. Even if you don’t have this situation in your playgroup regularly, Emberwilde Captain is a great card for the creature heavy boards. It’s as good of a reason as any other for a player to avoid attacking you. Why make an attack where you’re losing a bunch of life when you can just attack another player? Gaining the Monarchy on the enter the battlefield trigger is also a huge upside. This deterrent will also help you maintain the Monarchy by preventing attacks to begin with. 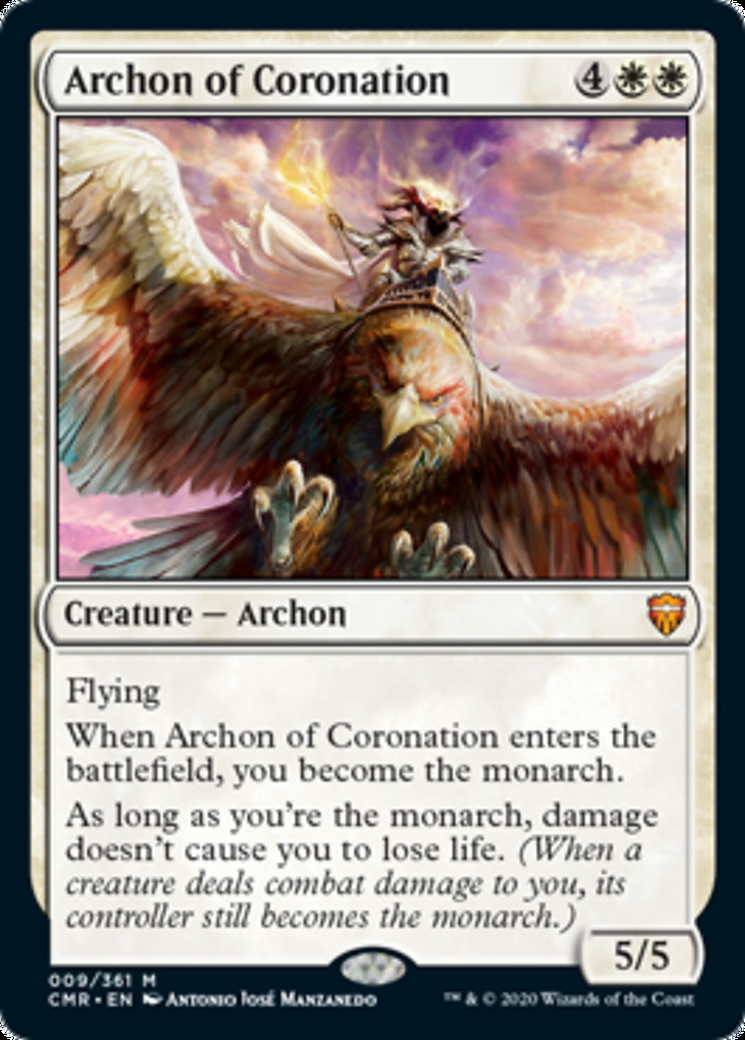 A six mana spell that says “damage doesn’t cause you to lose life.” Archon of Coronation is a huge threat that requires removal as soon as possible for your opponents. While Commander damage can still kill you with this enabled, it prevents large creature boards from gaining an overwhelming advantage in life totals. A key part to consider in this card is the fact it has Flying with reasonable power and toughness. While easily overlooked, this combination will make regaining the Monarchy with this card extremely easy on most board states. A powerful addition to white decks that wish for control of the board with built on card advantage. This should see some real play in the coming months. 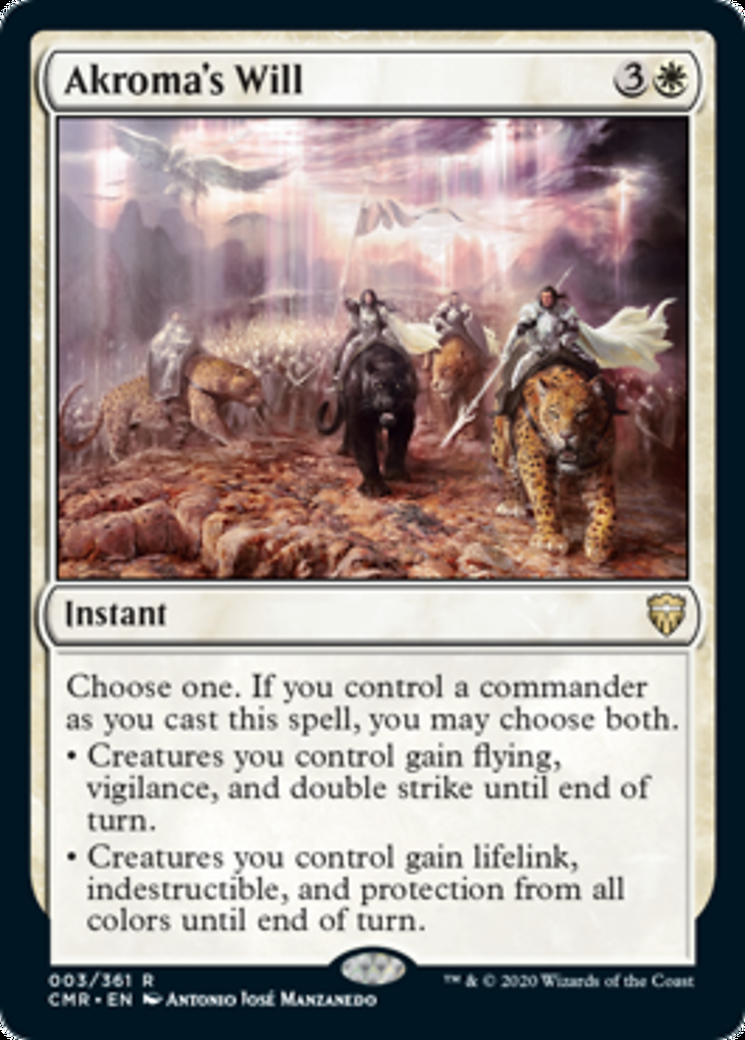 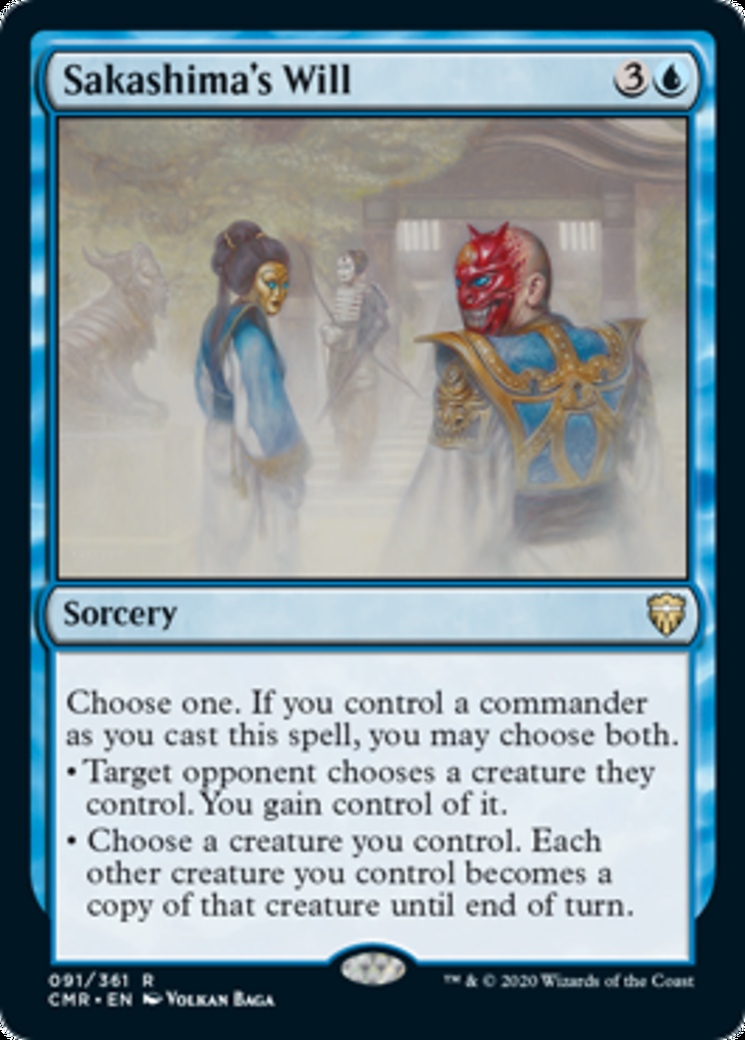 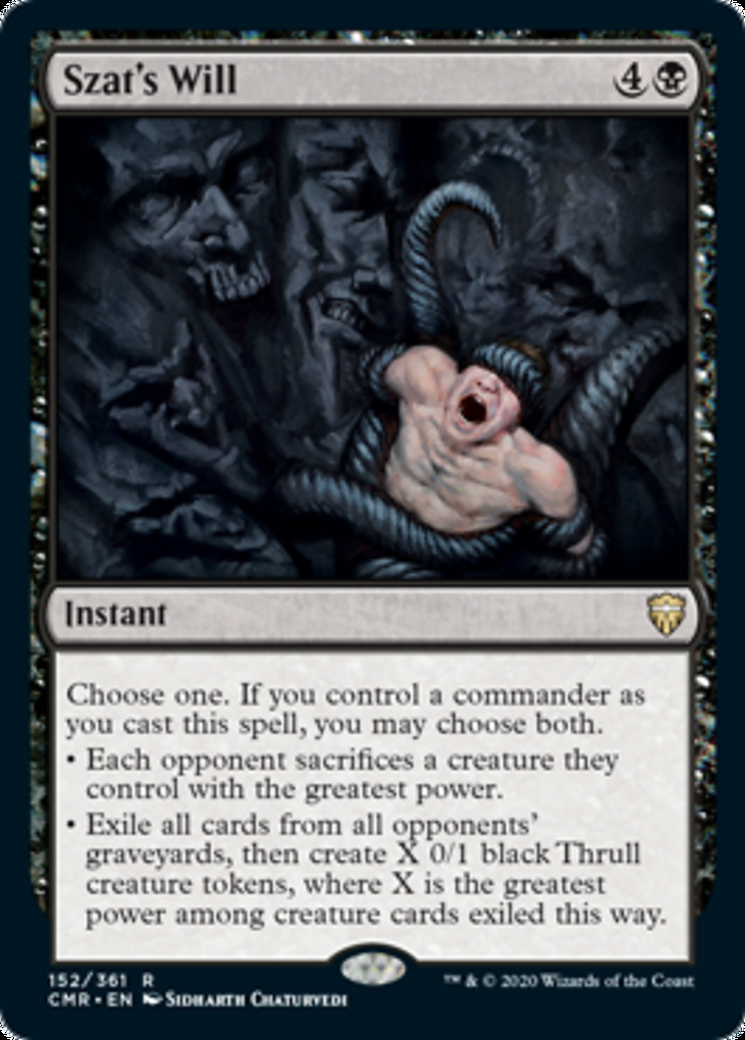 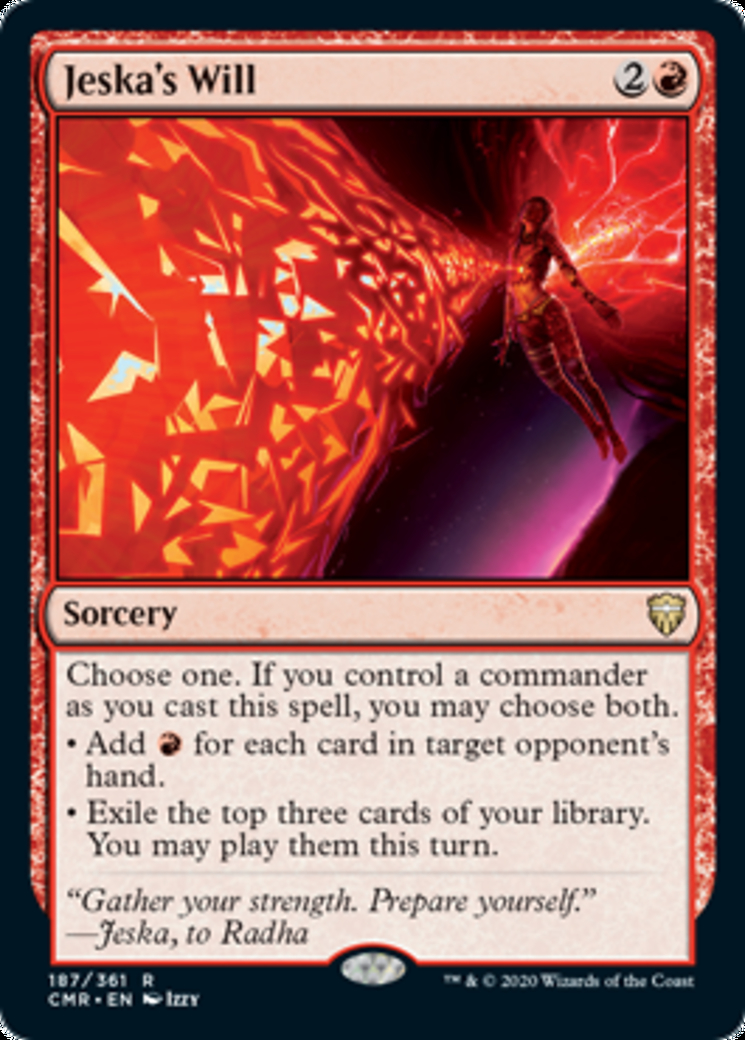 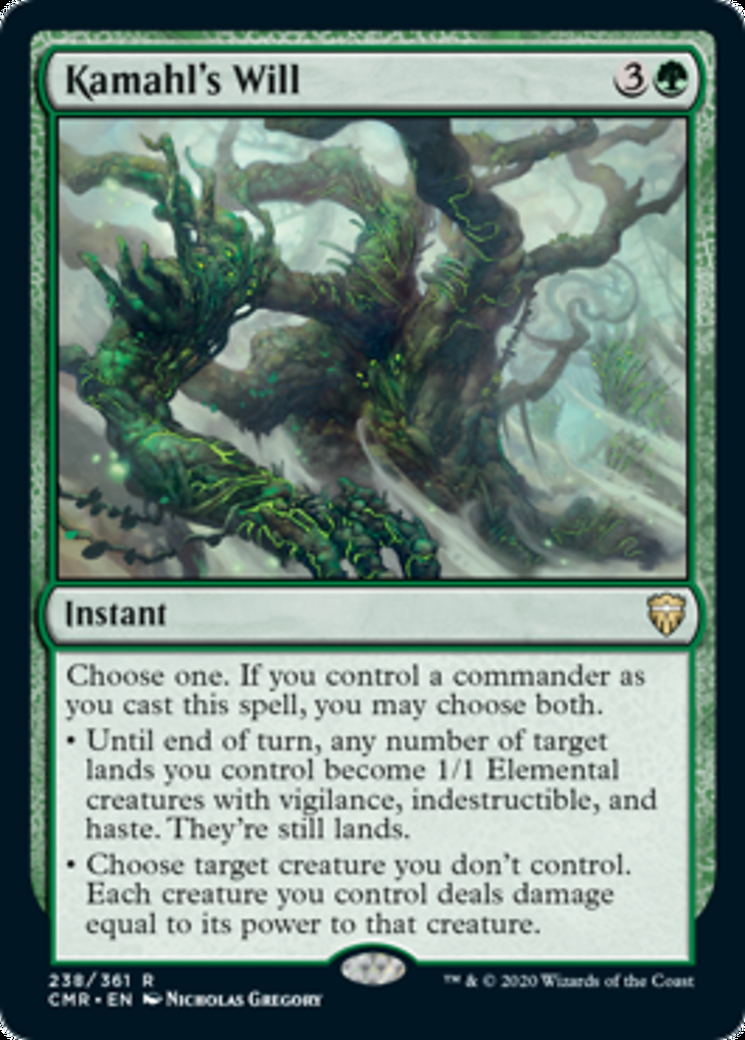 While not all winners, spells that have multiple modes allowing various uses are a welcome addition. Modular cards allow for them to be used at multiple points in the game and decrease the regularity of them being dead draws. Looking through the Will cycle, each one offers a reasonable power level that can support various archetypes. Three out of five being at instant speed is also a point in their favor, but the main downside here is their mana cost. Some of them (mainly Szat’s Will and Sakashima’s Will) cost too much to effectively use. Going forward, Akroma’s Will looks to be a combat trick that will blow people out constantly, and Jeska’s Will will become a mainstay for spell-based combo decks such as Melek, Izzet Paragon. Not all of these will see equal play due to uneven power levels but even the lower power options will find homes soon enough. 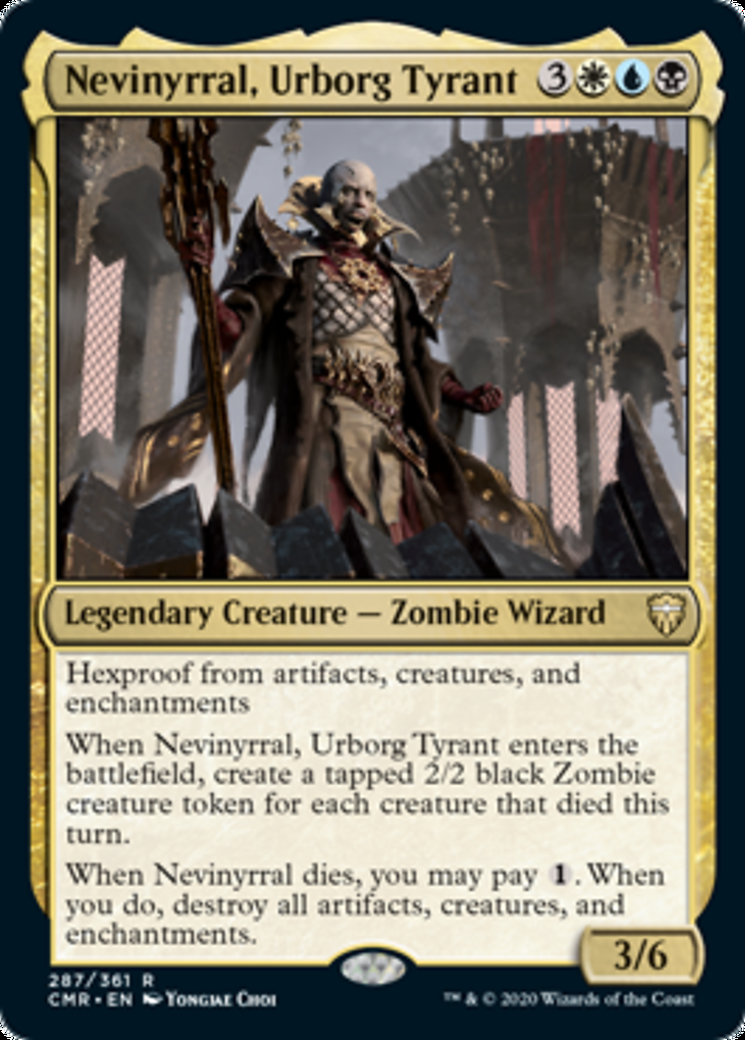 Tribal board wipes may sound funny but it will often lack any real wincons; enter Nevinyrral, Urborg Tyrant. Previously, these types of lists would belong to Commanders such as Child of Alara but this looks to be an excellent option going forward. Wiping a board with Wrath of God just to make a dozen zombies while also being a board wipe in itself when they die makes for an interesting addition to the format. A clear build around that offers a powerful payoff at a budget price should make for a solid addition to the format. 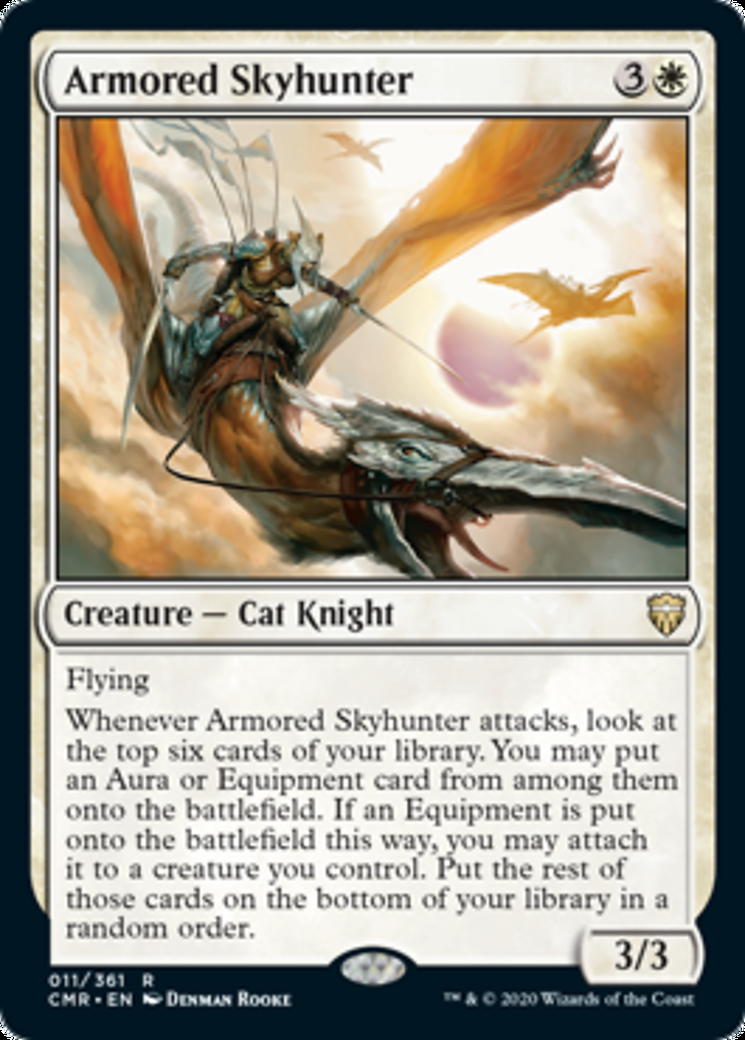 Finally, a good addition to equipment decks. These types of decks always struggle to find high-quality creatures while maintaining combo/value engines, but Armored Skyhunter does nothing but enable them with extremely favourable efficiency. If this card makes it to an attack, you get a strong chance of hitting a huge equipment and skipping the equip cost. Going from a near-empty board to a creature swinging in with a Blackblade Reforged or Colossus Hammer will certainly shift a game in your favour. There is a real chance of missing on this card, but if your deck contains a high enough density of equipment in it, the power of the card should be more than enough to justify running in your deck.

Well, that’s it for today. A lot of cards that discuss Monarchy and are surprisingly in White! There are certainly more winners to talk about but these are some of the more understated and underappreciated cards from the set. There’s no sense in discussing cards that are well understood to be powerful like Keeper of the Accord. This set looks to certainly change how a lot of players will build their decks in relation to partners and value engines but we should all welcome change to our format and decks openly in hopes of more fun and healthy metas.

Which of these unsung heroes of Commander Legends are you going to be running? Are there any that you think were missed here? Let me know in the comments or Tweet me @Scorchll7 to interact with me directly! Until next time!