Daily Dose of Theros Beyond Death #10 – Devotion in Standard – Red

Welcome all to the Daily Dose of Theros Beyond Death! Today, I’ll be continuing a series of articles during preview season looking at what each colour brings to the devotion table. Today it's all about Red. I don’t often think of Red having a lot of cards with high devotion costs, but I think there will still be some out there in Standard that will surprise you. Before I talk about a devotion card coming in Theros Beyond Death, let’s have a look at the best cards available right now for a Red devotion deck in Standard. 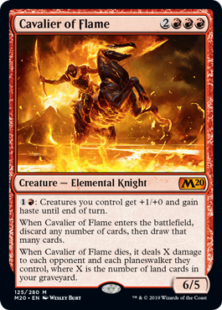 Cavalier of Flame – This has a great devotion count of three while also allowing you to pump up all your creatures later in the game. Throw in some card selection and you have a great card for Big Red Devotion! 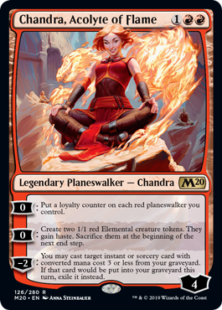 Chandra, Acolyte of Flame – This provides some nice devotion count for only 3 mana. It than allows you to get in some damage each turn or recast an important spell. 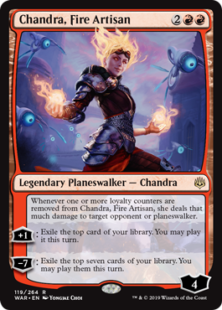 Chandra, Fire Artisan – This planeswalker will have a better chance of staying on the battlefield a little longer to help your devotion count since it has such a drawback for you opponent removing it with damage. This will leave your opponent with a tough choice. 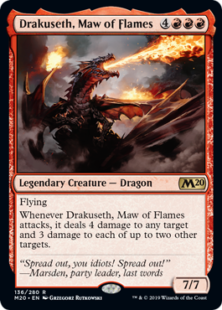 Drakuseth, Maw of Flames – This three-devotion count creature can win a game out of nowhere and pairs very well with the cards I’m going to be talking about later in the article. Big Red Devotion, here we come! 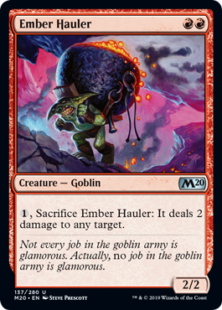 Ember Hauler – This is the only two-mana two-devotion creature that Red currently has. It’s a solid option for the two-mana slot and works even better with a card like Torbran, Thane of Red Fell. 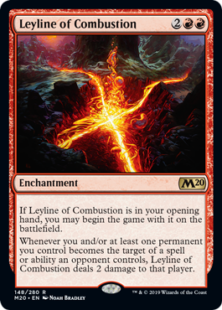 Leyline of Combustion – Another Leyline to make a devotion list based solely on your ability to have it on the battlefield on turn 0 to pump your devotion count. The cards ability will come into play sometimes, but its main value comes from that sweet +2 to devotion count. 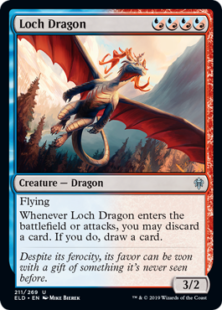 Loch Dragon – A quick way to make sure you increase your devotion count in Red by a sweet four spots. It also provides some card selection and a threat in the air as well. 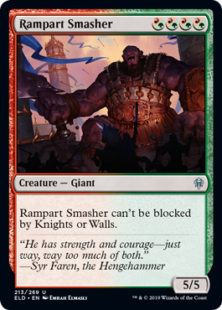 Rampart Smasher – This fits well into the theme of Mono Big Red Devotion decks as it throws a strong 5/5 creature onto the battlefield. Oh, and did I mention it adds four to the devotion count as well.

Torbran, Thane of Red Fell – This creature fits perfectly into any Mono-Red devotion deck. It adds three devotion for only four mana while allowing every source in your deck to get in for two extra damage. Make sure you have this card ready to go for Mono-Red devotion decks.
Now that we’ve seen what’s already in Standard, it’s time to talk about the return of one of the Gods of Theros. The God that red players just simply love. Here is Purphoros, Bronze-Blooded. 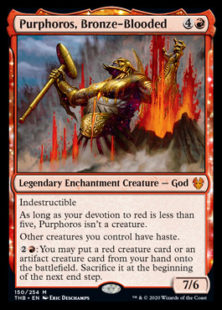 This looks like what you get when you cross Sneak Attack with a 7/6 indestructible creature! Wow, what a card! Imagine putting onto the battlefield any of the above creatures we talked about for only 3 mana. By doing so there is a good chance that you will raise your devotion count, allowing Purphoros, Bronze-Blooded to attack as well. Drakuseth, Maw of Flames looks like the number 1 choice when it comes to red creatures you want to have a one-time attack with. What other creatures would work well with Purphoros, Bronze-Blooded? Gate Colossus could provide a one-time attack for 8 to your opponent. Ravager Wurm can not only get in for a big attack, but adds some removal to the mix. Just being able to add haste to all your other creatures is a huge ability that shouldn’t be overlooked.

There you have it folks! In looking back, Red seems to be an okay spot for a mono-coloured devotion deck. Like all the other colours we have looked at so far, it will come down to what other devotion cards are printed in Theros Beyond Death. Thanks again for joining me on the Daily Dose of Theros Beyond Death. Join me again tomorrow as we delve into more talk about the new set!