Welcome all to the Daily Dose of Zendikar Rising. Today I will be continuing Prerelease week with a look at the most important power cards for Limited: the uncommons. With most of the Modal DFCs being uncommons, they play an even more important role in deck crafting. I find the overall uncommon power level of Zendikar Rising to be quite high, which is why you will see a lot of playable cards I’ll be talking about today.

Here are some of the best uncommons for Prerelease and Limited play from Zendikar Rising. 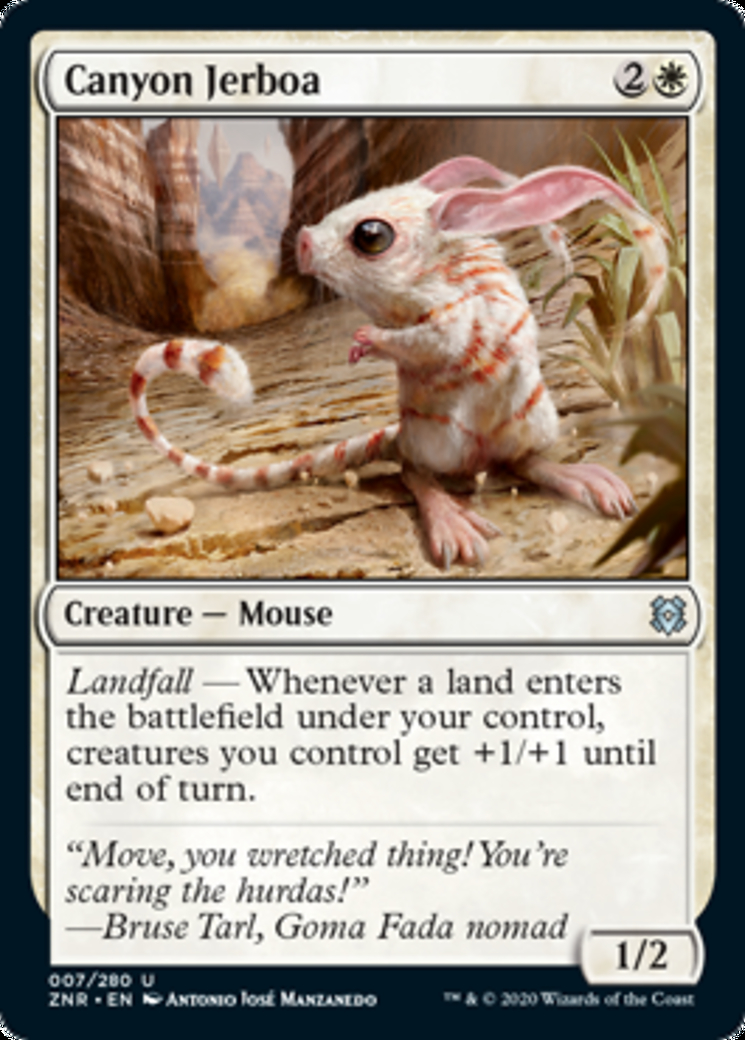 Canyon Jerboa – If you are planning to play a go-wide strategy in any of your games, this is the Landfall creature you want on the battlefield. 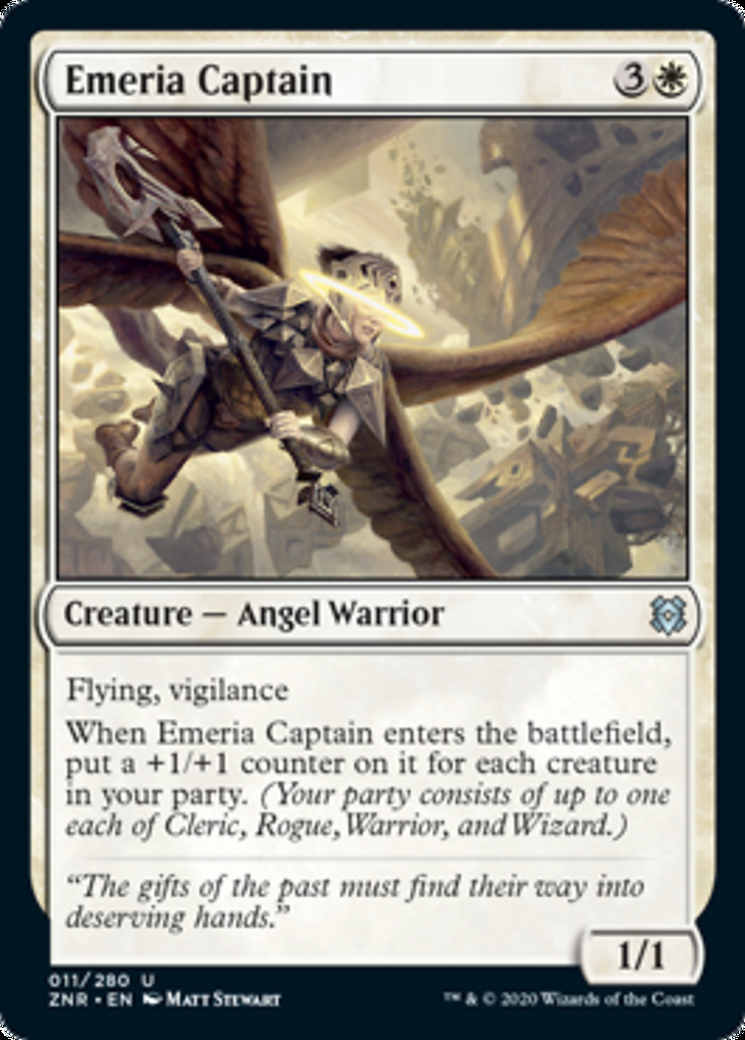 Emeria Captain – Flying and Vigilance on the same creature is a lethal combination and can finish off your opponent quickly. Anything that is a 3/3 or higher makes this worthwhile in my opinion. 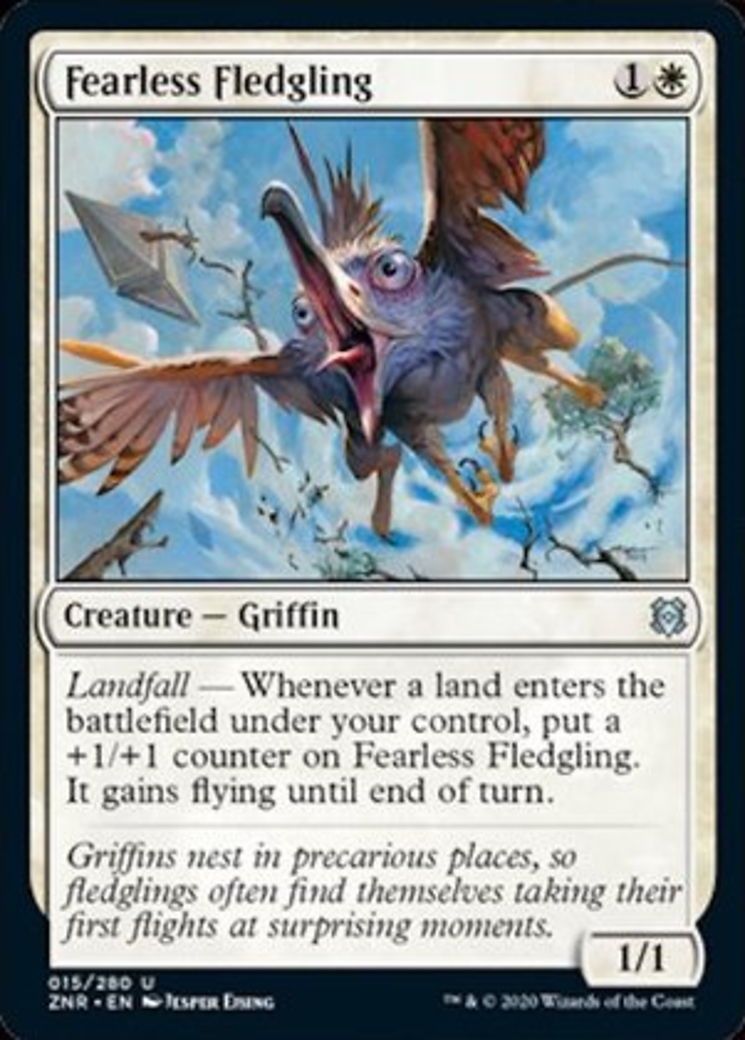 Fearless Fledgling – The first time it attacks, it will be a 2/2 Flying creature, and each turn after that you are able to play a land it will just start to get larger and larger.

Sejiri Shelter / Sejiri Glacier – I love this Modal DFC for White the most as it can act as a White counterspell against removal. I’m happy to have this at any point in the game. 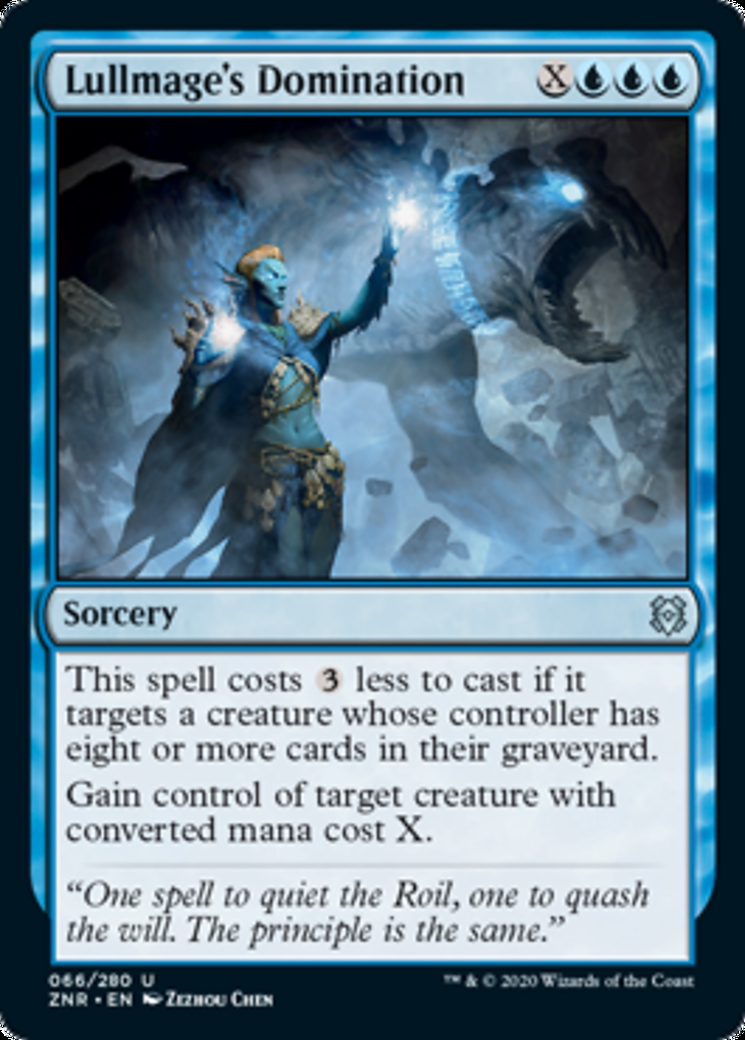 Lullmage’s Domination – Gaining permanent control of a creature is always powerful even at its potential high mana cost. If you build your deck for the Rogue strategy, then this spell becomes more valuable and cheaper. 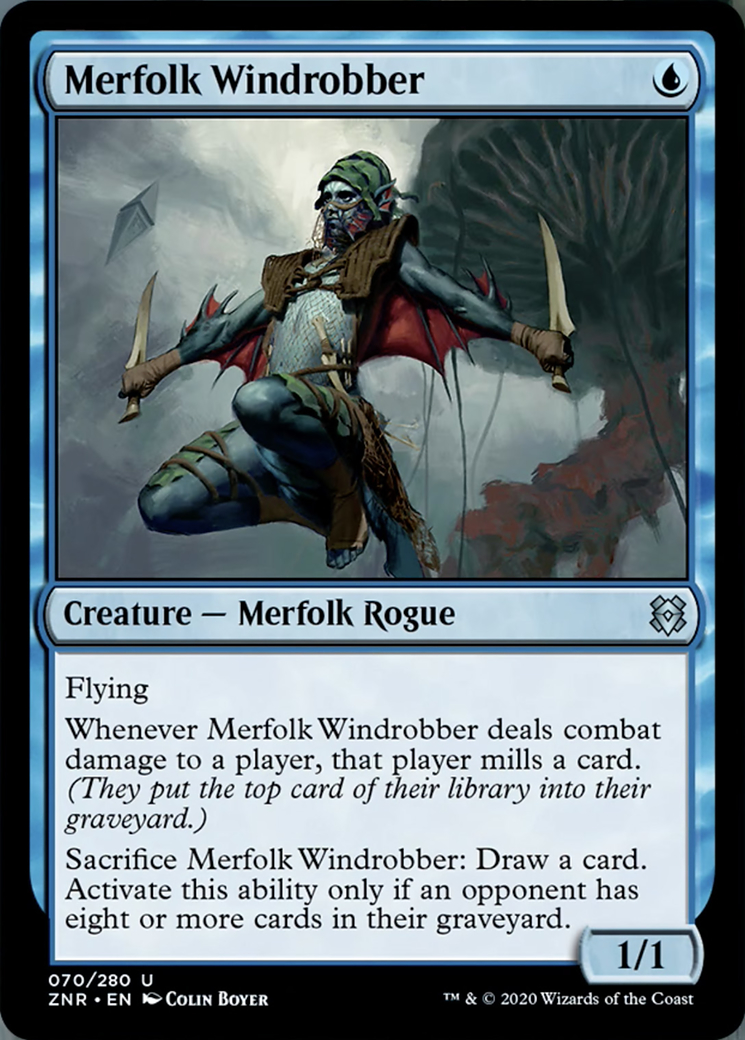 Merfolk Windrobber – 1/1 Flying creatures for one mana are always popular and this has a great ability when it deals damage for the Rogue strategy. This will allow you to hit that eight cards in your opponents’ graveyard quicker. The odd time you can even sacrifice it draw a card if needed. 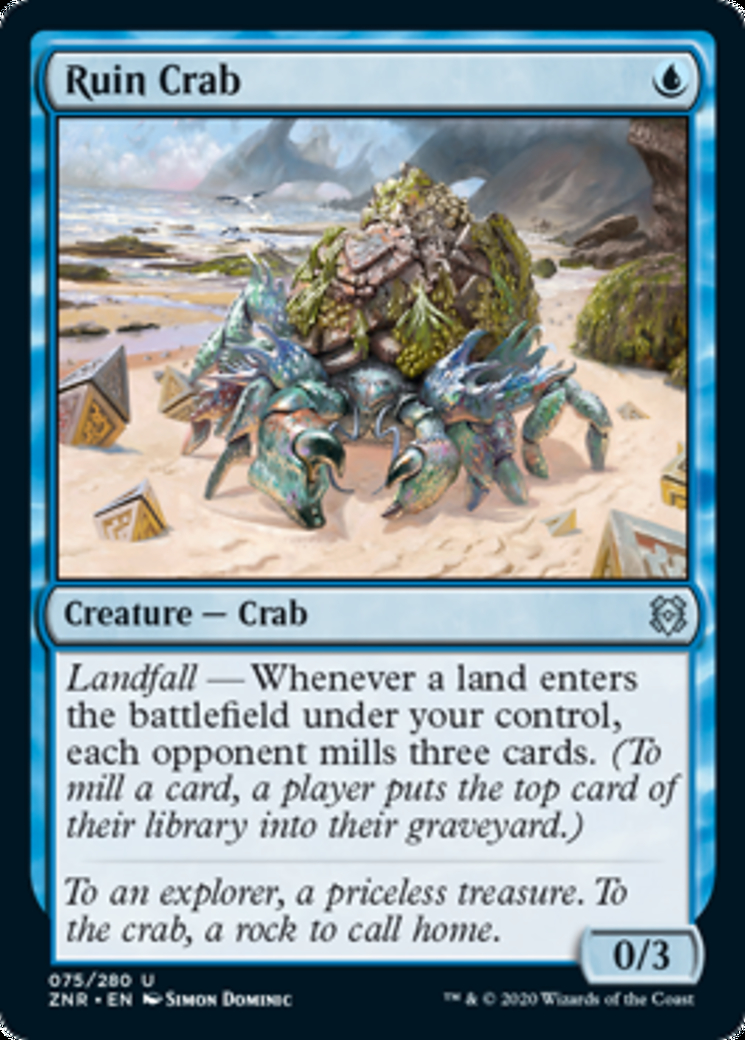 Ruin Crab – Speaking of cards that can help the Rogue strategy, this will mill your opponent at a fast pace and can even potentially be used to mill out your opponent completely.

Jwari Disruption / Jwari Ruins – This is a nice bonus counterspell that can hit any spell, like Censor. Sometimes Mana Leak type spells become useless, so in the case of this spell you can just put it down as a land. 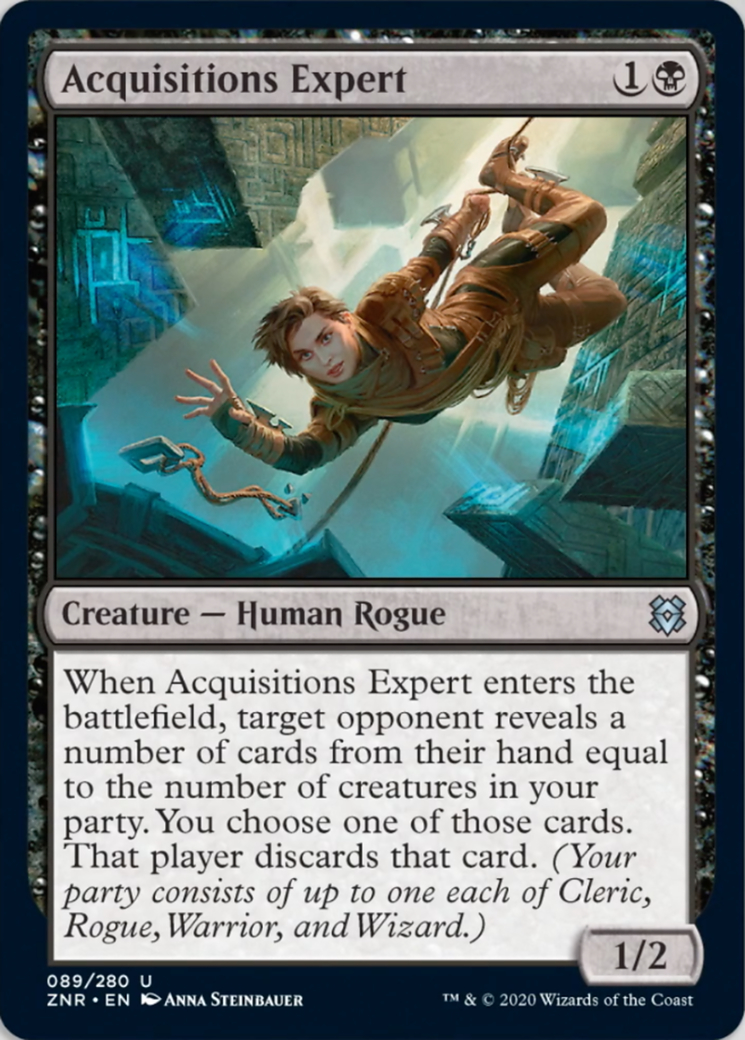 Acquisitions Expert – This to me is an upgrade to Burglar Rat, even if you have a party of only one. Discarding a card also helps Rogue strategies as a bonus. Having two toughness instead of one can come in handy in some combat situations. 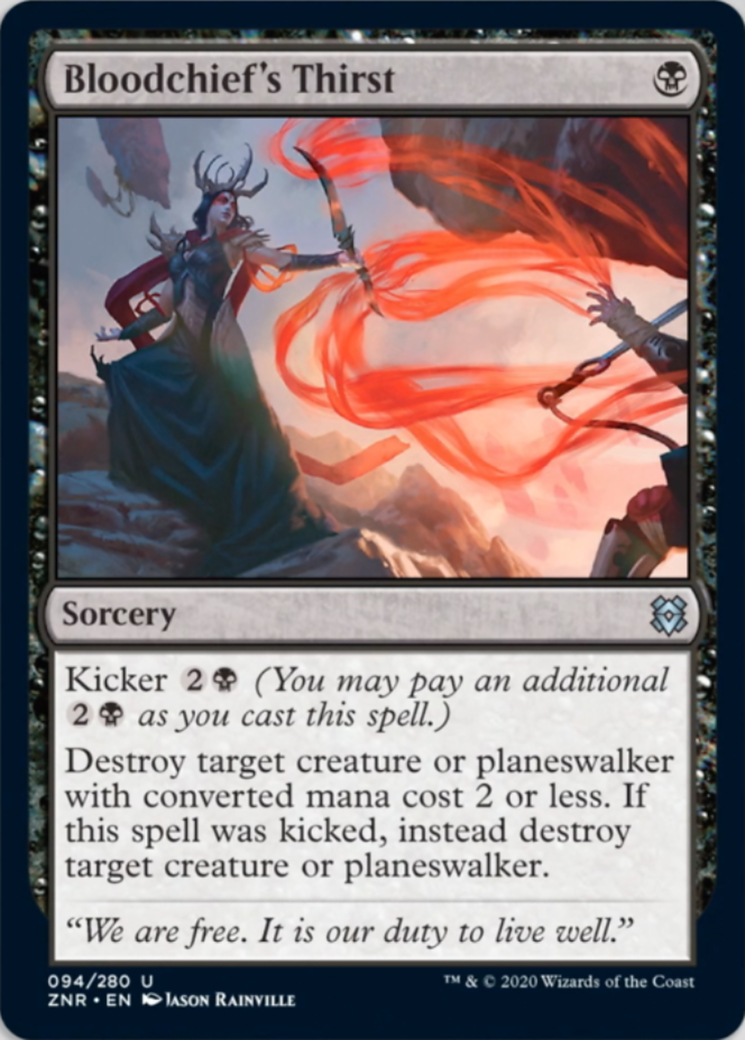 Bloodchief’s Thirst – Being able to kill an early threat for only one mana could allow you to play out a threat of your own in the same turn. For only four mana total it can destroy any creature or planeswalker. 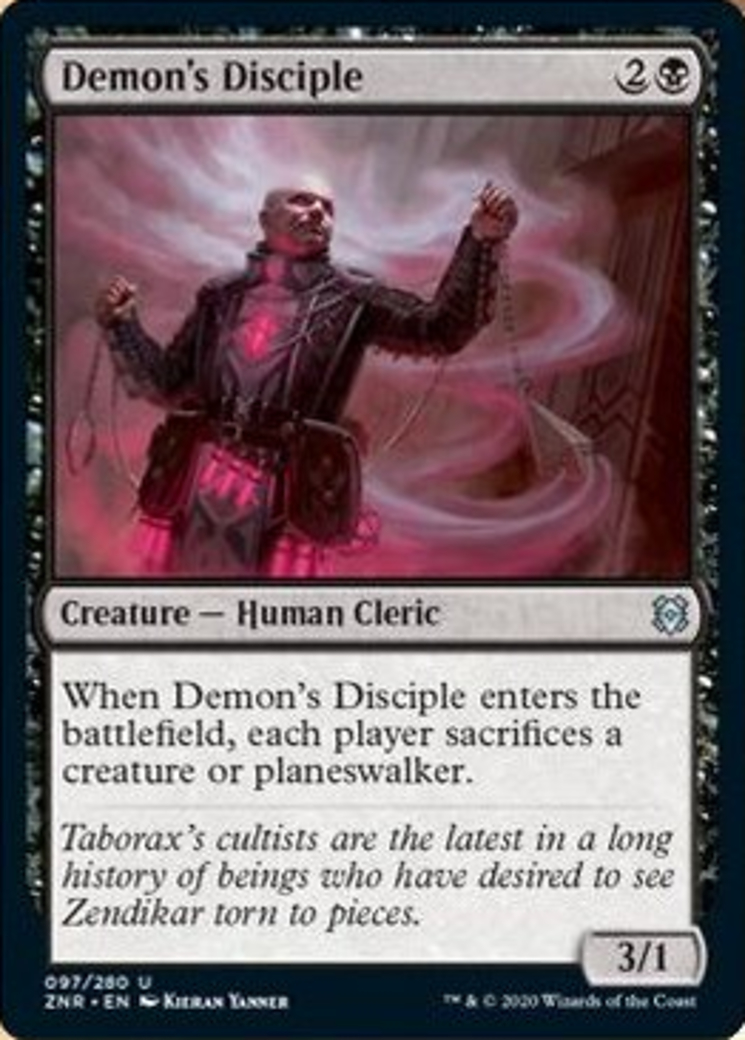 Demon’s Disiciple – We have seen many creatures like this in the past and if played correctly can take out a large threat of your opponent’s. Just make sure you aren’t playing against a go-wide strategy or this creature could backfire.

Malakir Rebirth // Malakir Mire – Paying two life and one mana to save your best creature is a small price to pay. Gains even more value if your creature has an enter the battlefield ability that can be triggered off this. 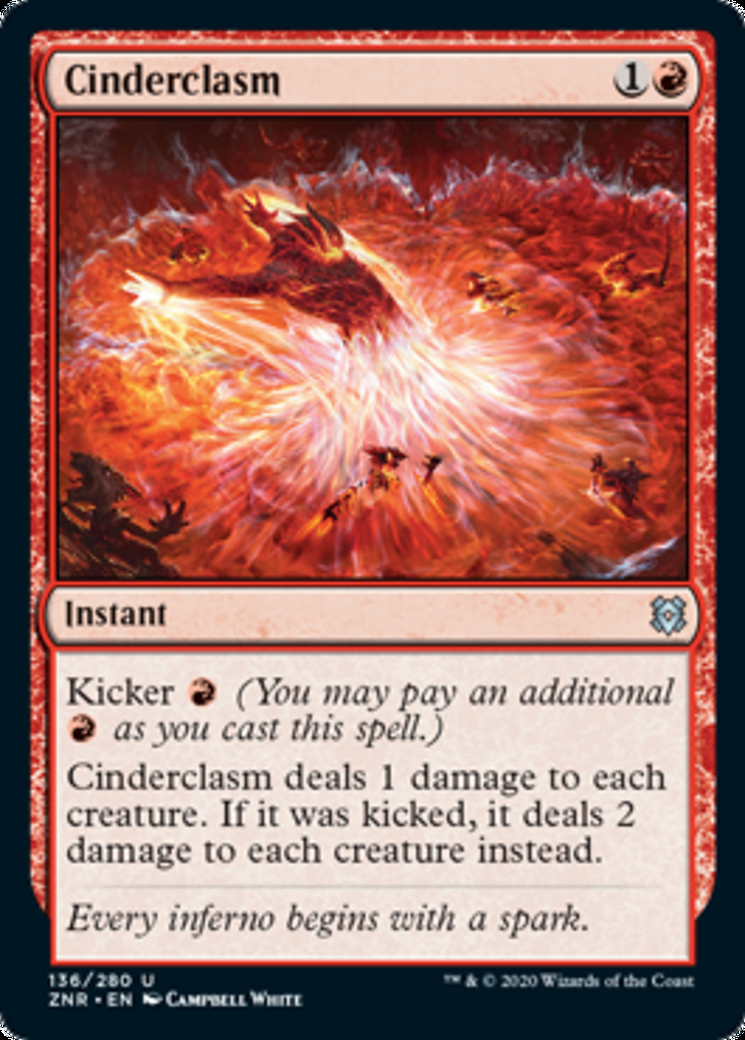 Cinderclasm – This can be a great way to trade up your creatures in combat or clean the battlefield of a bunch of smaller threats. Bonus for allowing you to control the amount of damage that you deal with all the creatures. 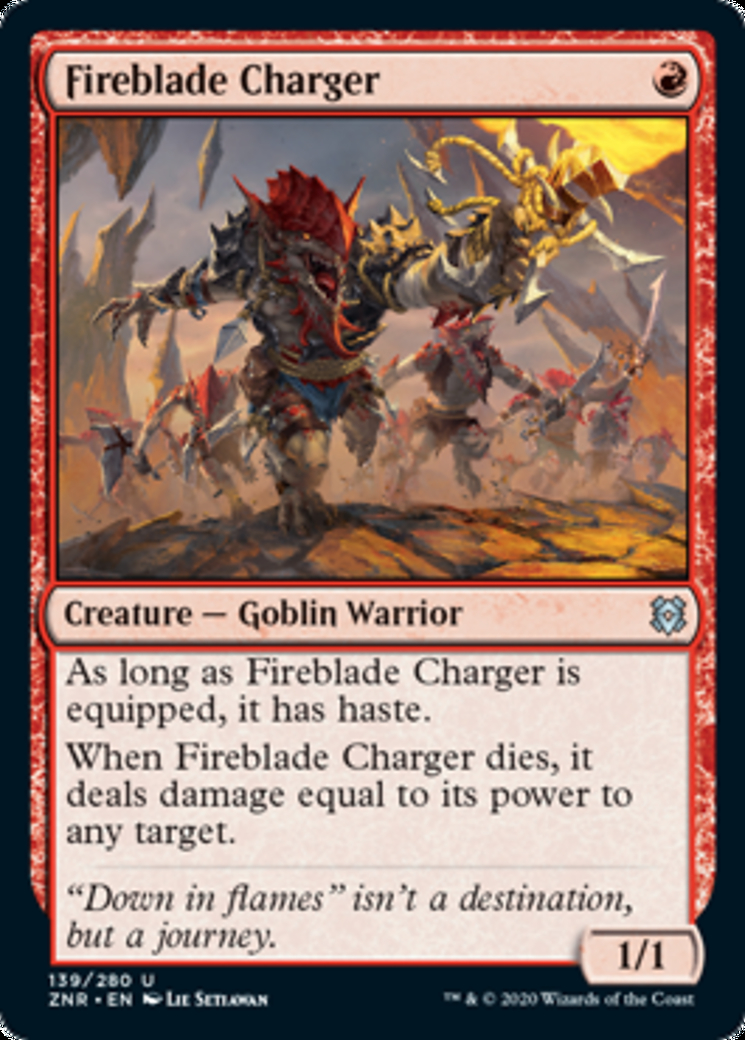 Fireblade Charger – If you can attach an Equipment or put some +1/+1 counters onto, it’ll make it hard for your opponent to block and want to kill it. 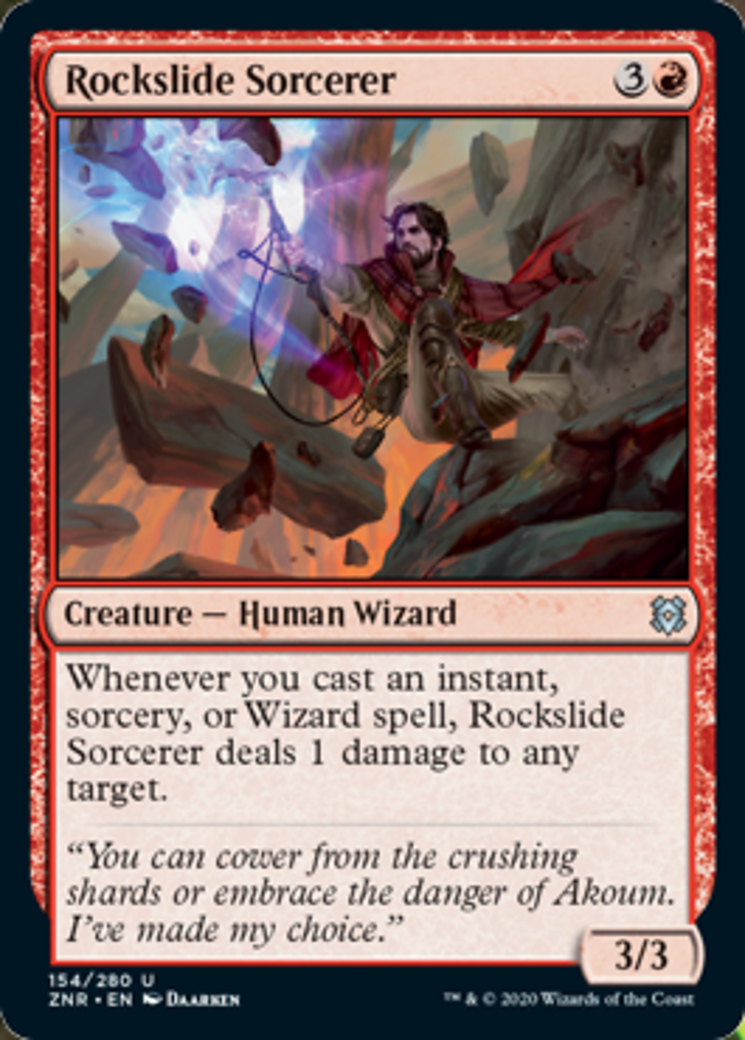 Rockslide Sorcerer – The keywords for the ability on this creature is “any target”. This gives you more versatility if you need to deal damage directly to your opponent or a planeswalker.

Kazuul’s Fury / Kazuul’s Cliffs – Fling has always been a great way to counter a removal spell or deal finishing damage to your opponent by sacrificing your largest creature. 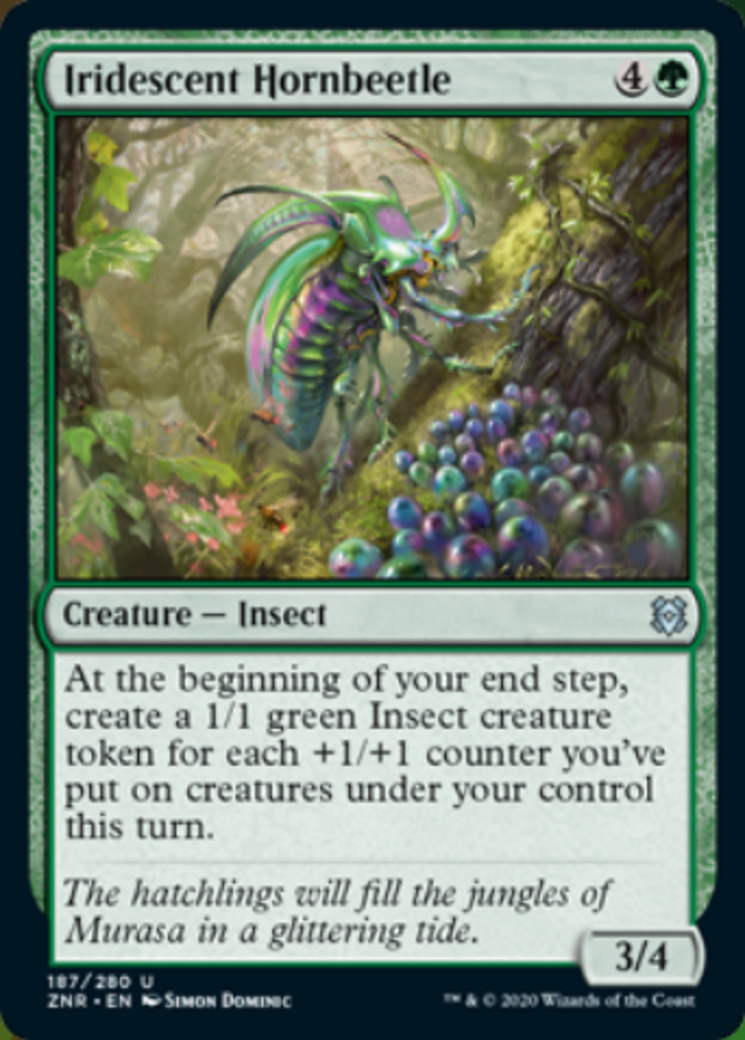 Iridescent Hornbeetle – There are twelve cards in Green alone that add +1/+1 counters onto creatures which means that your battlefield should be littered with 1/1 Green Insects in no time. 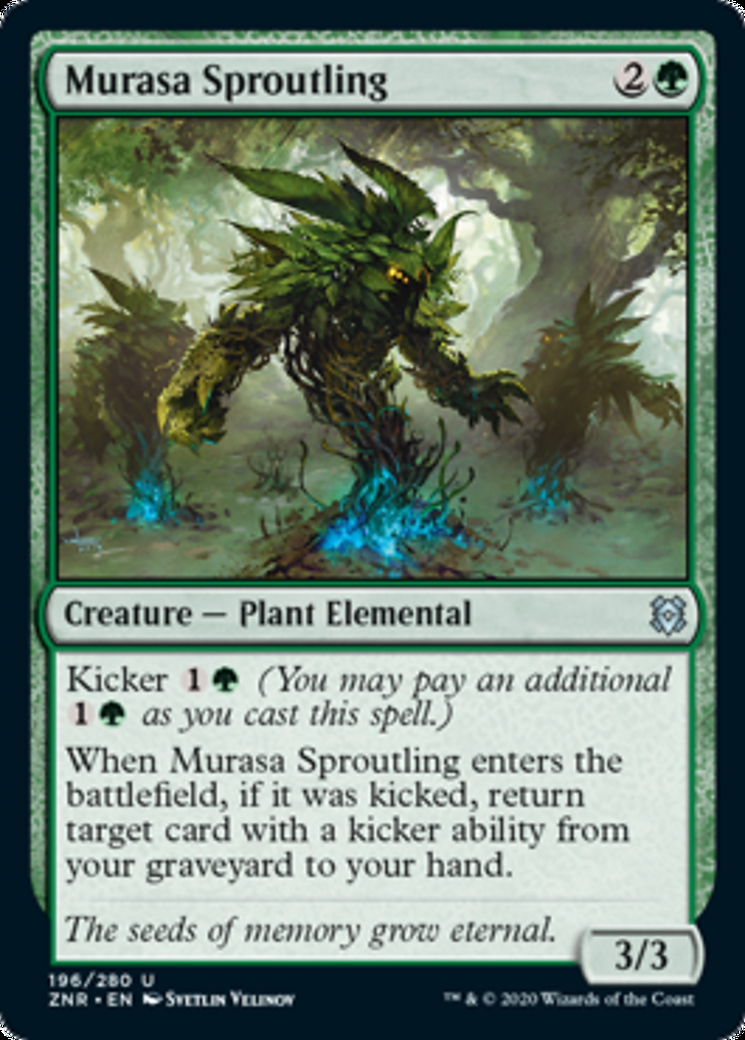 Murasa Sproutling – A 3/3 for three mana is already solid even without it being kicked. Getting a chance to bring back a powerful kicker spell you can use later in the game. 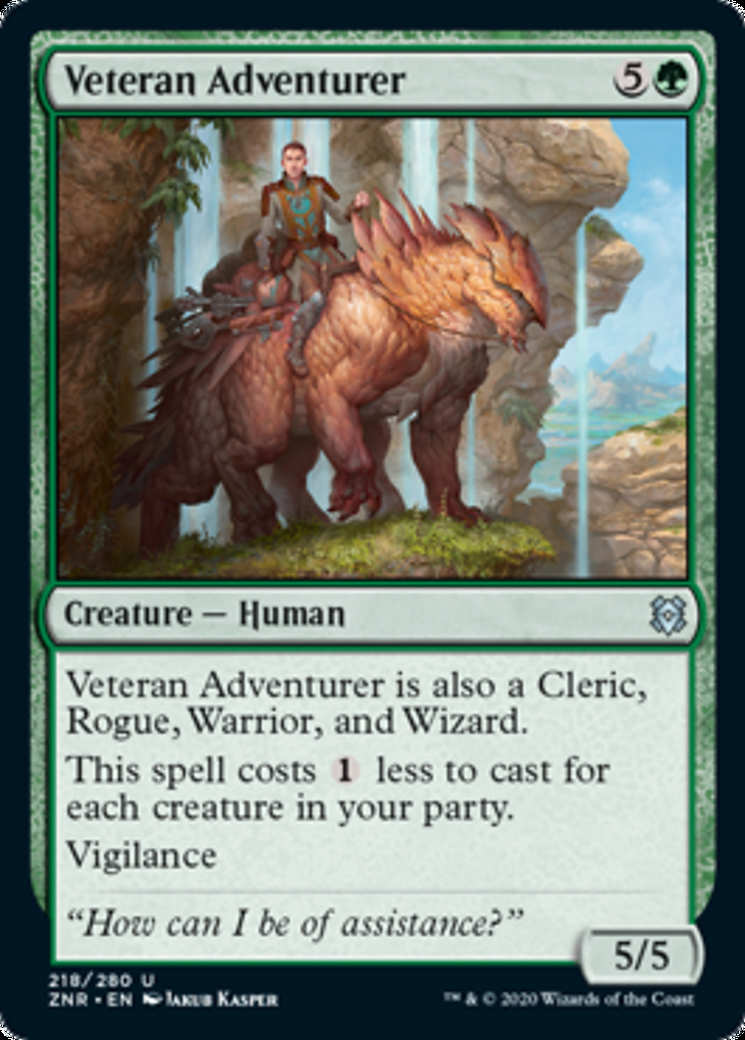 Veteran Adventurer – There is a good chance that you can get a 5/5 Vigilance creature for four or five mana which is a great price to pay. It then acts as an additional member of your party and you can start to go off from there!

Bala Ged Recovery / Bala Ged Sanctuary – Being able to bring back any card, not just a permanent, or a creature, but any card makes this card worth the price of admission. 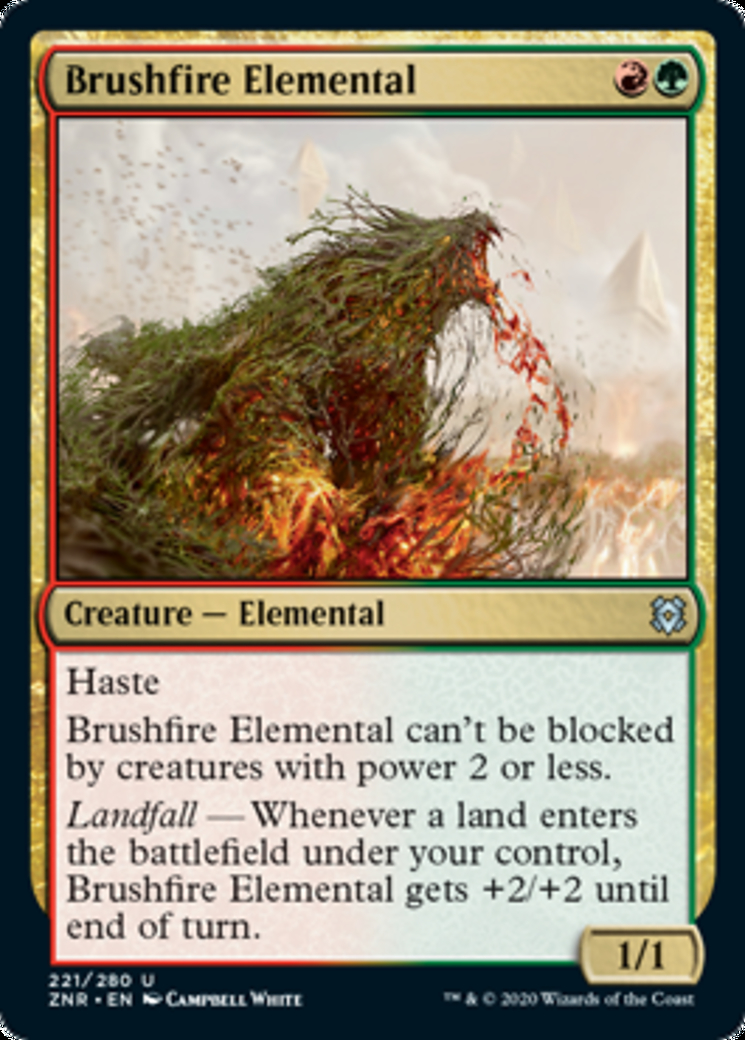 Brushfire Elemental – +2/+2 per land is a big bump, if played on turn three you can start attacking for three damage a turn. Your opponent won’t be able to kill it with small blockers, maybe forcing them to block with a larger creature they didn’t want to lose. 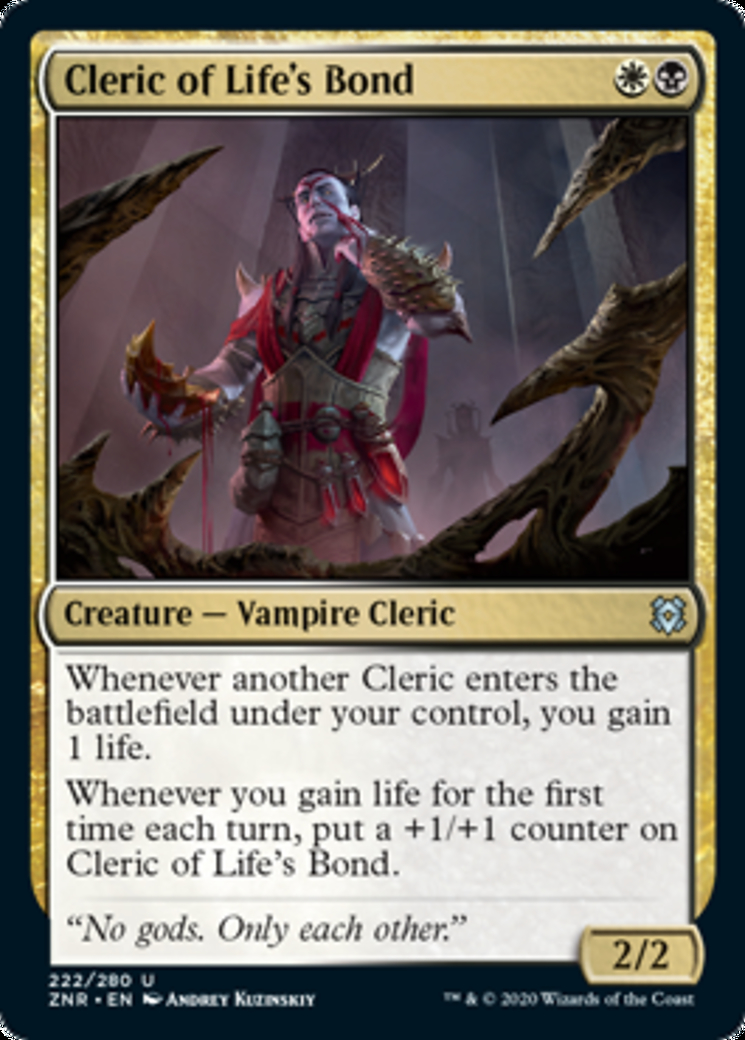 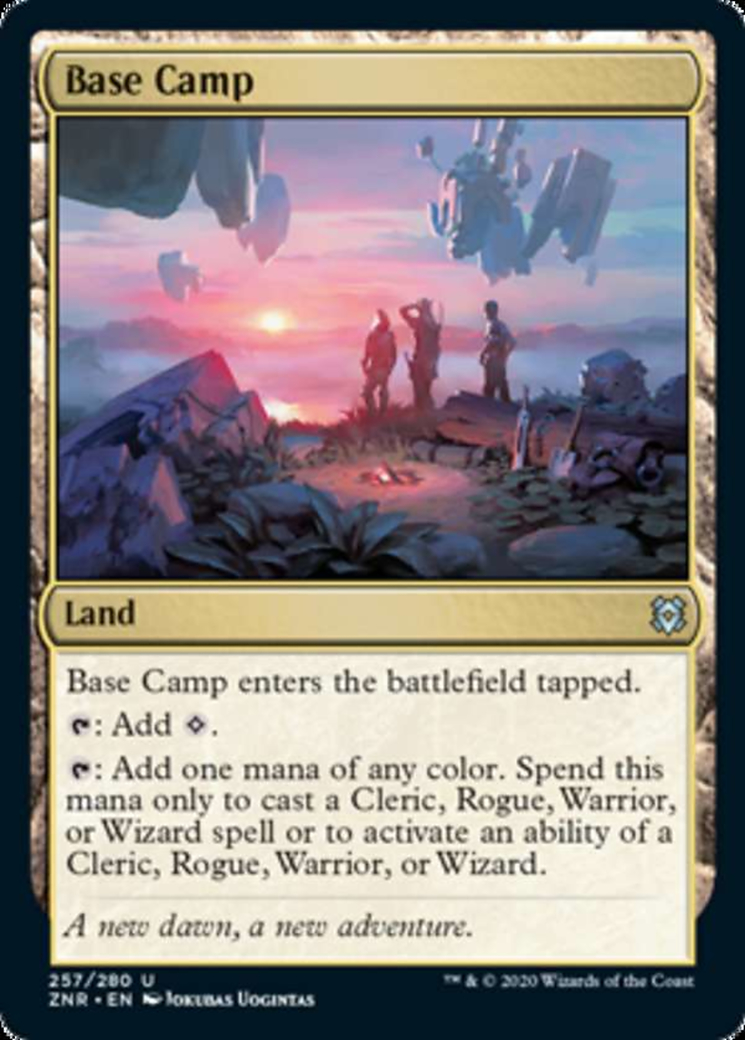 Base Camp – This land is a no-brainer to put in every deck you play in Prerelease or Limited. You will not be able to build a deck without those four creature types not showing up. It will help you perhaps splash for some other creatures to allow you to reach a full party of four.

You are now set up with guides for the best commons and uncommons for your Zendikar Rising Prerelease. Remember that these uncommons will make up most of the power in your deck, so choose wisely. Thanks again for reading the Daily Dose of Zendikar Rising. Join me again tomorrow as I continue Prerelease week with the Zendikar Rising Guide to Combat Tricks and Removal Cards by Colour.