Welcome all to the Daily Dose of Zendikar Rising.today we delve into the land of the magical and preview some Wizards. Wizards have always been prominent in Magic. Wizards are one of the four creatures you need to assemble a full party on Zendikar, so make sure you find some good ones you trust. In the game of Magic, Wizards are also about casting spells and gaining card advantage. Something you will see in the three Wizards I’m going to be talking about today.

The first Wizard I’m going to be talking about today helps you in the kicking department. Here is Coralhelm Chronicler. 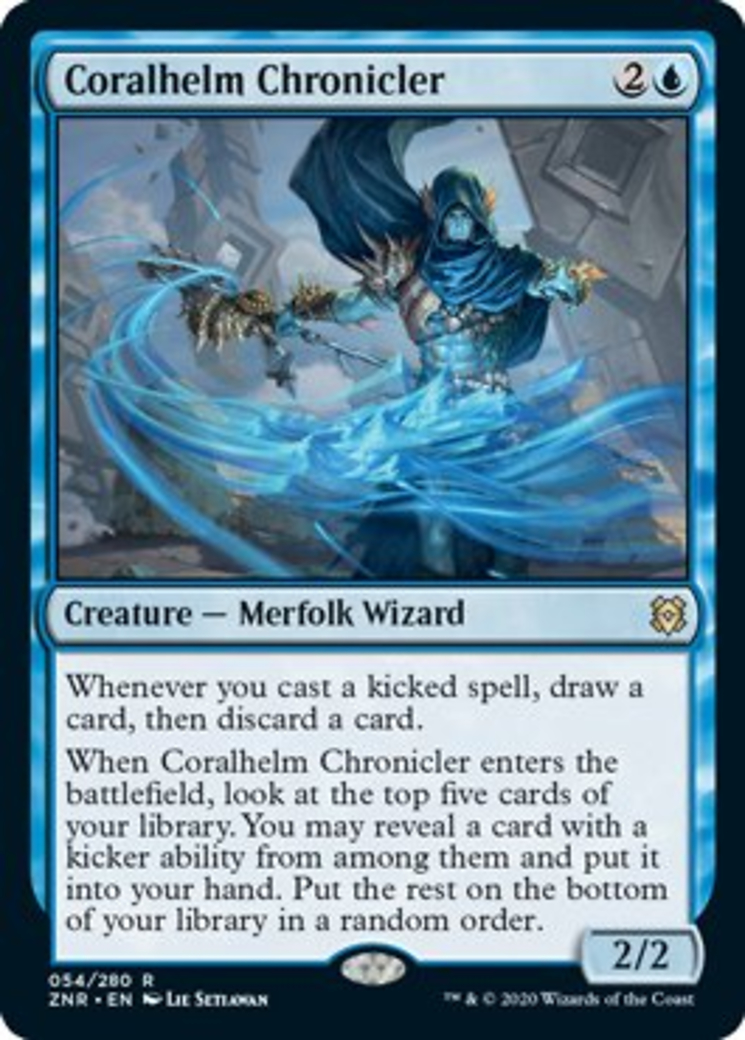 This creature is all about card advantage and card selection. It can replace itself when you cast it by picking up a kicker spell off the top of your library. You will need to make sure you have a good selection of kicker spells. There are some good ones out there, but we will have to see what the full selection is at the end of the set reveal. Once you start drawing your kicker spells, you can cast them kicked and gain even more value by recycling a card and improving your card selection.

Next up is a cheap multicolour Wizard that helps you cast your spells. Here is Kaza, Roil Chaser. 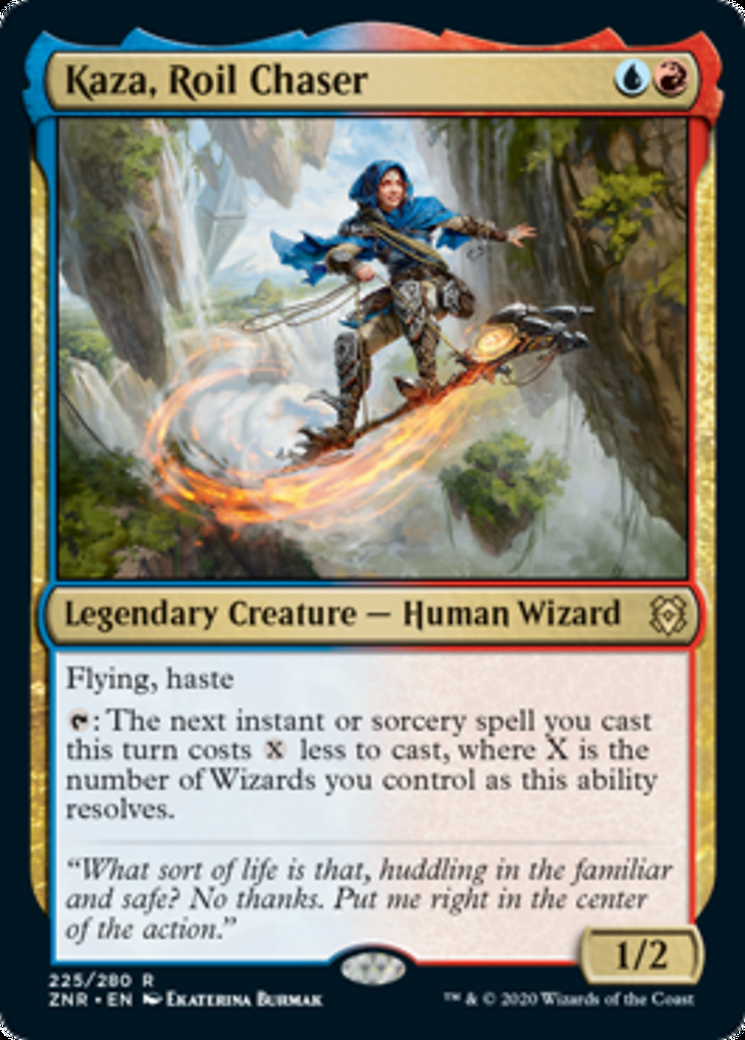 This is one of the cards I am the most excited to build a deck around. Once you have a deck full of Wizards, you can use Kaza to cast some powerful spells on turn three or later. Hopefully, Zendikar Rising will bring us a better one-drop Wizard than what Standard currently has. One of the best uses of this ability is to allow you to cast some kicked spells earlier than you normally would. This will start gaining you more value and make this one of the best creatures for the Izzet Wizards deck.

Finally, a powerful Wizard that helps you copy spells. Here is the wonderful Sea Gate Stormcaller. 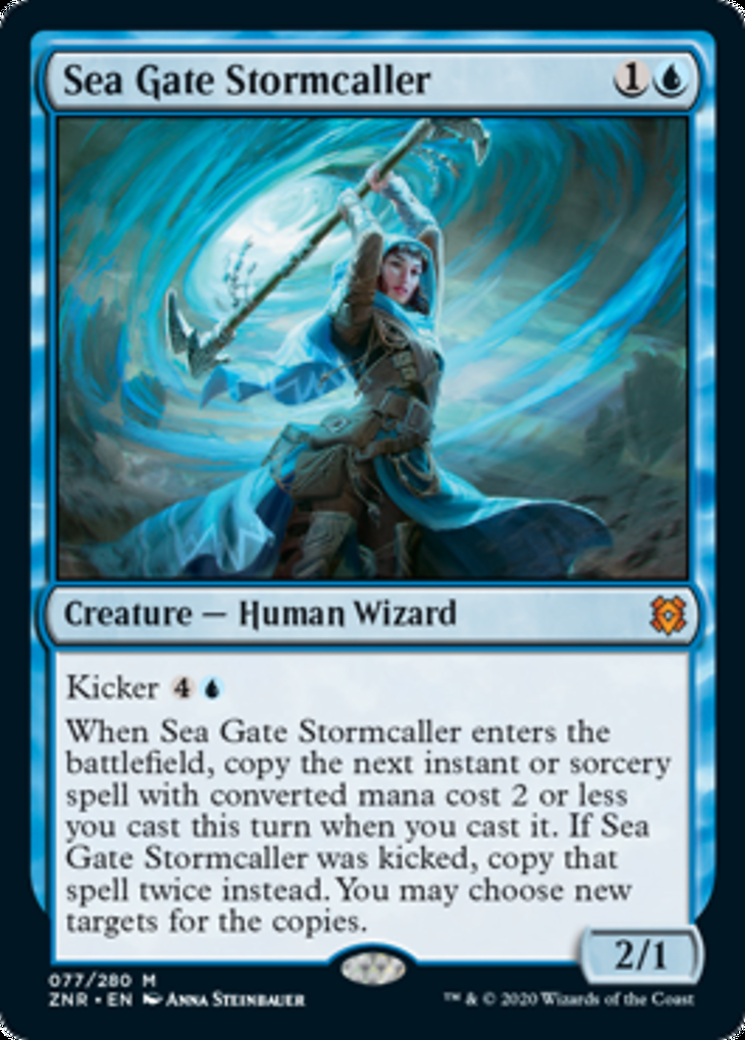 I love this card and have no issue playing with four copies of this in my upcoming Izzet Wizards deck. This creature allows you to copy a small spell anytime after you play if for that turn. I like how you don’t need to have the spell on the stack when you cast Sea Gate Stormcaller to copy it. You can cast this in the first main phase, play out your turn and decide whether you want to copy something like a Shock during combat, or perhaps gain some card advantage with a copied Opt. It’s nice that you are able to get this card with Coralhelm Chronicler’s enter the battlefield ability as well. Being able to copy a spell twice will be unlikely unless it’s much later in the game. It looks like there are going to be some strong kicker spells in the set with Sea Gate Stormcaller leading the way.

Now that you have your team of Wizards together, it looks like you can build a strong Izzet Wizards deck to take control of some games. Thanks again for reading the Daily Dose of Zendikar Rising. Join me again next week as we have another week of new cards to read over and be happy about!