Welcome all to the Daily Dose of Core Set 2021. Today I'll be continuing Limited week with some guides to help you play some Core Set 2021 Limited. In this Daily Dose, I’ll be talking about the most important power cards for a Limited deck, the uncommons. Core Set 2021 has many mono-coloured uncommons worthy of making it into a Limited deck. Uncommons are needed to bridge the gap between playable commons and bomb rares. You usually need between four-10 of your non-land cards to be uncommons when your deck is finally built.

Here are some of the best uncommons for Limited play from Core Set 2021. 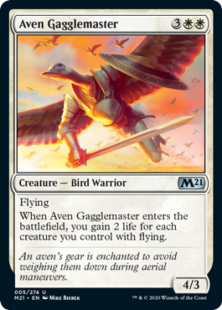 Aven Gagglemaster – This mid-to-late game creature provides a quick clock in the air with four power and can provide you with some life needed to keep you in the game long enough to finish your opponent off. 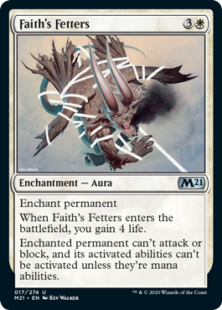 Faith’s Fetters – This super-Pacifism takes it to the next level by being able to shut off any permanent with an activated ability including planeswalkers. It also gains you four life allowing you to make up for its four-casting cost. 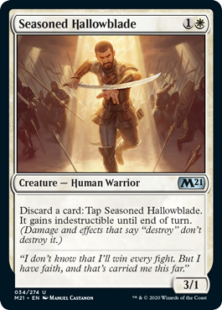 Seasoned Hallowblade – Having a three-power creature that you can make indestructible at any time, is reminiscent of the power of Adanto Vanguard. It becomes a powerful attacker and Seasoned Hallowblade has it beat by being a better blocker as well. 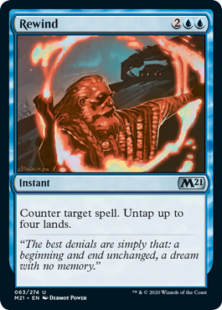 Rewind – Free spells are free spells even if you need the initial investment of four mana to pay for it. This fits into a ton of decks and allows you to play multiple spells in a turn. 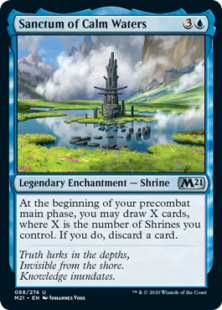 Sanctum of Calm Waters – This card selection giant of a card will only get better if you control more Shrines but is still quite valuable on its own. It allows you to sculpt your hand and improve your card quality. 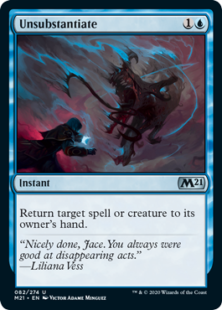 Unsubstantiate – This is a great tempo card no matter which option you choose. A very versatile spell that can help you out of several situations. 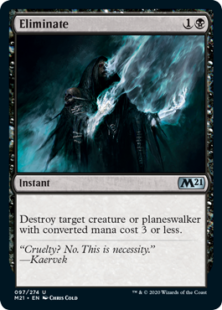 Eliminate – This is a great early game removal card that will allow you to bridge the gap until the later game when you can have your threats take over the game. 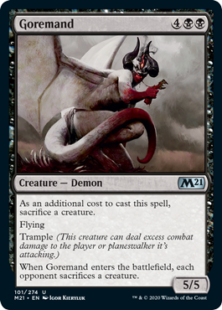 Goremand – This is the flying Plaguecrafter of the set with the only stipulation being you need to sacrifice the creature as you are casting it, which is fine as you probably wouldn’t want to sacrifice a 5/5 flying Trample Demon. 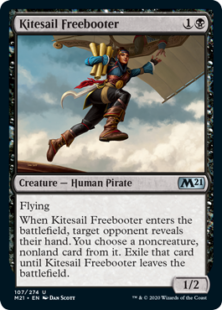 Kitesail Freebooter – A great reprint that can help you remove a key interaction spell from your opponents’ hand. If they can’t draw another one soon after, you will be in great shape for winning the game. 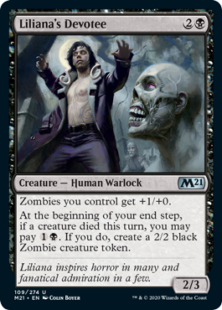 Liliana’s Devotee – It won’t take long for you to get value out of the card as you turn your dead creatures into 3/2 Zombie creatures that might be bigger than the creature you sacrificed. It also provides bonus value to other Zombies in your deck. 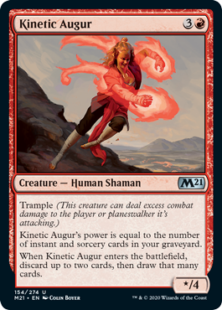 Kinetic Augur – This is a creature that can become larger later in the game, but its main value lies in being able to discard two cards you don’t need to draw two new cards. 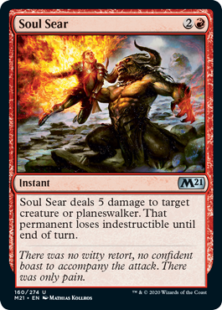 Soul Sear – Being able to deal the fifth point of damage on a burn spell can make the difference. This can kill those four and five toughness creatures that get missed by a card like Scorching Dragonfire. 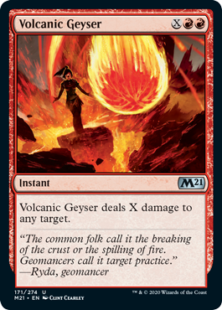 Volcanic Geyser – This is an instant Fireball. Instant, everyone. Take this card and put it in your deck. Trust me, you'll use it. 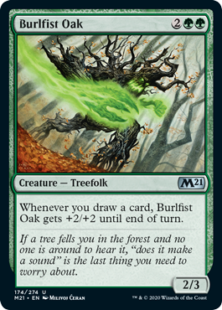 Burlfist Oak – During each of your turns, thanks to your main card draw it will be a minimum 4/5 creature, but with other spells you cast during your turn, it has the potential to get to six or even eight power. 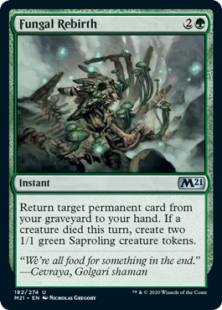 Fungal Rebirth – This card provides great value, getting back a permanent from your graveyard and if you play it right, two 1/1 Saproling creatures as well. 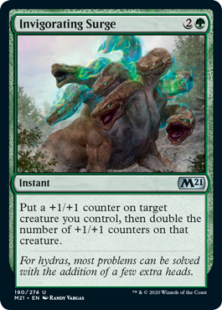 Invigorating Surge – With +1/+1 counters everywhere in the new set, this is bound to lead to a quick defeat of your opponent and give them a permanent power and toughness boost. 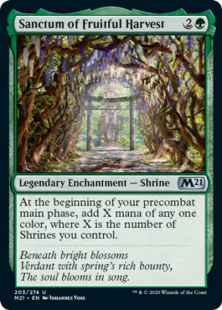 Sanctum of Fruitful Harvest – This is the other good Shrine to use in Limited as you can always use a way to ramp your mana, especially gaining mana of any colour in the process. 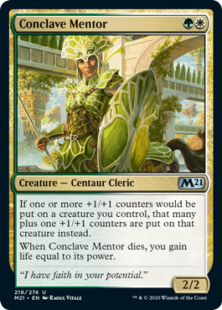 Conclave Mentor – This is the best creature you want to have for your Selesnya +1/+1 counters deck. It can also gain you some life for your life gaining deck as well when it dies. 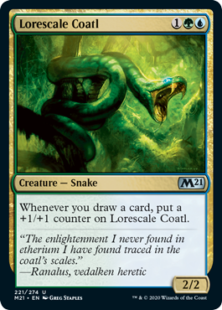 Lorescale Coatl – Luckily, you draw a card every turn, so this will start as a 3/3 creature for its first attack and just grow from there. 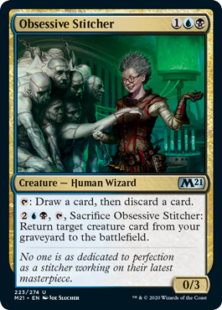 Obsessive Stitcher – This is a great looter card that can be sacrificed to reanimate a large creature from your graveyard. There is value in every corner of this card. 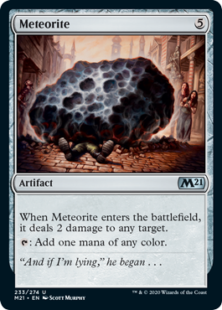 Meteorite – A great artifact to help you fix your mana colours if needed and acts as a sorcery spell removal spell as well. 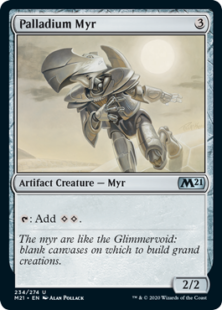 Palladium Myr – This artifact Myr can let you go from three mana on turn three to six mana on turn four just like that.

You are now set up with a guide for the best commons and uncommons for Core Set 2021 Limited. Remember that these uncommons will help you synergize your decks and often provide some of the best value! Thanks again for reading the Daily Dose of Core Set 2021. Join me again tomorrow as I go over the Guide to Combat Tricks and Removal Cards by Colour.