Welcome back to Possibility Storm, the weekly MTG puzzle series, available exclusively through MTGCanada and PossibilityStorm.com.

We hope you enjoyed last week's puzzle. We've got another for you today, so scroll down and have at it!

Also, for those of you considering becoming a Patron, Possibility Storm will be giving away a booster box of Amonkhet to randomly drawn Patron among all those who sign up by April 26. That's also the first day of our Amonkhet seasonal leaderboard, so you've got lots of incentive to sign up before then. Links for Patreon are below the puzzle. 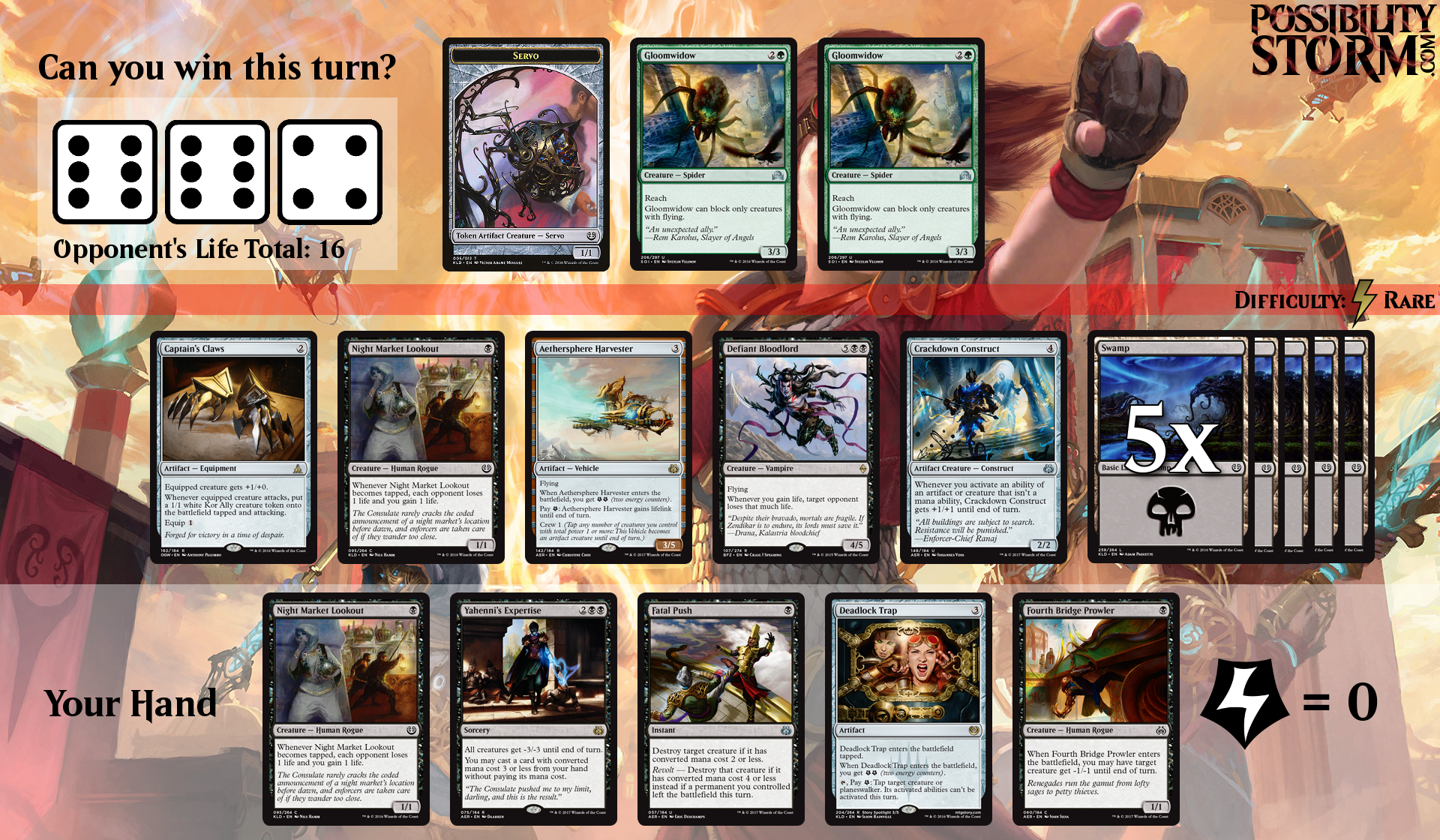 (**Note: It is also possible to attack with the non-summoning sick Night Market Lookout, crewing only with the new one, and get to the same total. The solution is effectively the same, but substitutes one +1/+1 trigger on the Crackdown Construct with one damage from the unblocked Lookout.)
[/toggle]

Does something needs clarification? Check out the official Rules and Assumptions to see if your answer lies within.

How did you do? Tune in again next Wednesday for the next puzzle in this series.

Want to puzzle at a higher competition level?

For those interested in an element of competition involved, direct participants in the project, through its Patreon campaign, will get access to the puzzles one week early, have sixty hours to submit your solution, and compete in a seasonal leaderboard for Magic: The Gathering prizes!