Welcome all to the Getting Ready for Throne of Eldraine series! Today I’m going to be continuing a 7-part series on what current Standard cards from the four non-rotating sets (Guild of Ravnica, Ravnica Allegiance, War of the Spark, and Core Set 2020) will see more or less play.

If you missed my talk on post-rotation cards from other colours you can find that right here:

I’ll be dividing some key cards from each color into three categories:

- Moving on Up
- Staying Level
- On the Decline

Today I’m going to be talking about the second half of the current Multicolour cards. So let’s see how they stack up once Throne of Eldraine comes into Standard in October. 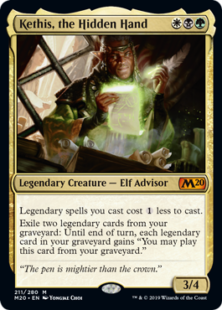 Kethis, the Hidden Hand – With many of the legendary cards that have made this great like Mox Amber rotating out of the format, it could be a while until we see this creature back in a Standard deck. 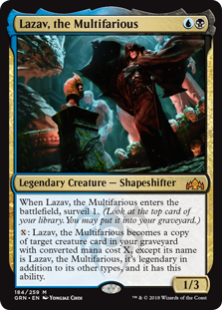 Lazav, the Multifarious – With the Kethis 4-colour legendary deck being its best place to be in a deck, this card could start to see less play unless a new graveyard strategy arrives with Throne of Eldraine. 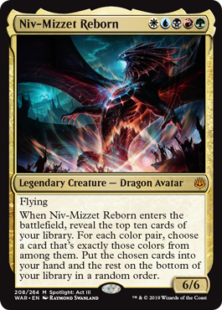 Niv-Mizzet Reborn – The manabase is going to get significantly worse after rotation and it’s going to be harder to cast this amazing creature. 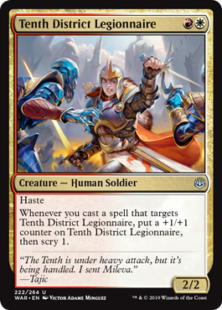 Tenth District Legionnaire – This amazing 2-drop creature should see some drop off with Feather decks slowing down. If those decks or a Boros Aggro deck start up though, it will start to see more play. 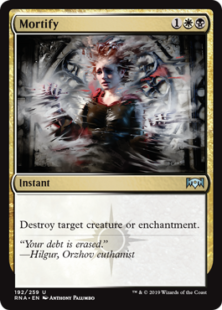 Mortify – Still remains one of the best removal cards in the format and possibly one of the only removal spells that could hit any problem enchantments that might arise. 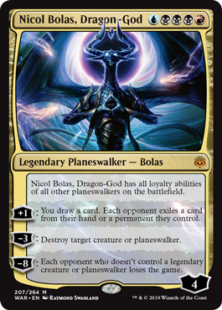 Nicol Bolas, Dragon-God – This God of a planeswalker has way too much value to leave the format. If any sort of Grixis Control deck manifests itself, this will be the centerpiece of the deck. 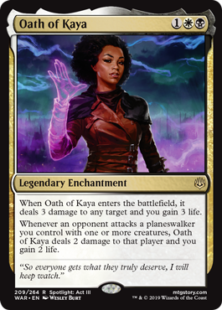 Oath of Kaya – Planeswalker-centric decks aren’t going away, so this pseudo-removal spell will still see play in Standard decks. 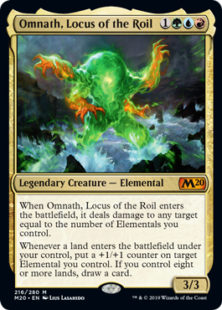 Omnath, Locus of the Roil – The Elementals decks could be one of the early frontrunners for best Standard decks without even knowing what cards are to come in Throne of Eldraine. Who knows, there could be an Elemental or two to join the fray. 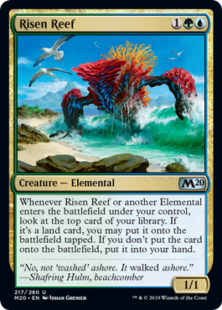 Risen Reef – This 3-drop 1/1 creature will continue to see play in Ramp and Elemental decks as a value engine. 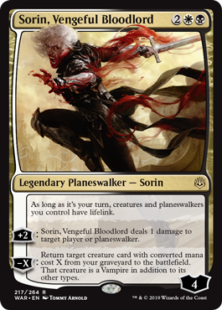 Sorin, Vengeful Bloodlord – Although not seeing a ton of play currently, it has shown up in some top 8 decklists. I think the overall power of the card is too strong for it not to find a home post rotation. 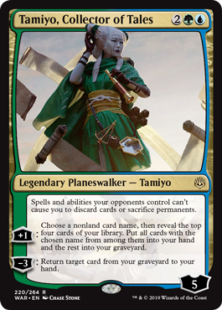 Tamiyo, Collector of Tales – This planeswalker in which I severely underestimated upon release, still has a place in several decks. 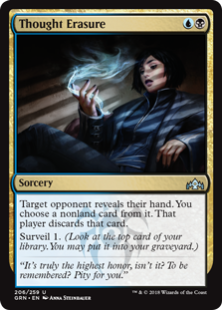 Thought Erasure – This card disruption spell is an A-level spell and will continue to be. There is no reason to not continue playing 4 of this spell. 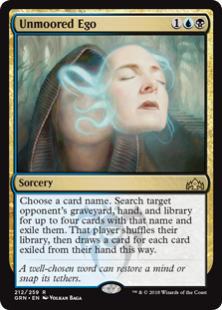 Unmoored Ego – There is always a place in a Standard format for a spell that can remove key threats from your opponents’ deck.

Yarok, the Desecrated – This could show up in a sweet creature Sultai deck or a 4-colour Elemental deck. Could even combine with Prime Speaker Vannifar for a sweet trigger deck. 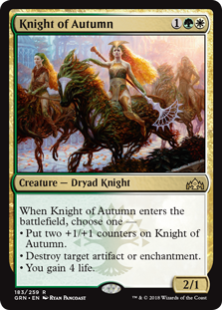 Knight of Autumn – With mid-range and creature decks being popular post-rotation, this gem of a creature will start to see more play. 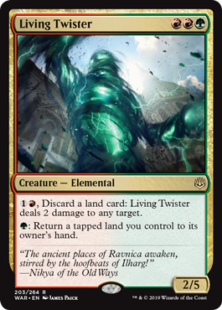 Living Twister – If players want to turn to something more familiar post rotation, an Elemental deck including this card will start to see top 8’s in Standard. 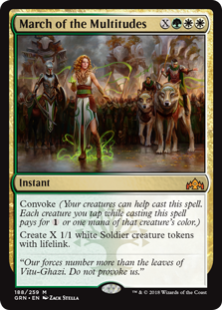 March of the Multitudes – With the possible increase in mid-range creature decks, this could rise to prominence again to overwhelm your opponent with Soldiers. 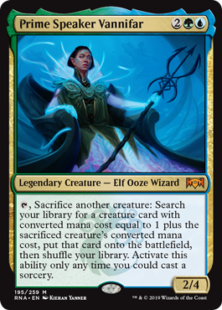 Prime Speaker Vannifar – This Birthing Pod on a stick could work well in a midrange creature deck. Gaining a few creatures with either enter or leaving the battlefield abilities could cause it to see more play.

Ravager Wurm – Another strong Gruul creature that is going to take advantage of the metagame switching to a mid-to-late game range. 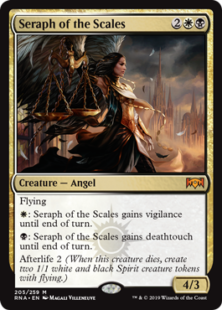 Seraph of the Scales – This is the type of mid-range value creature that I think could be hard for some decks to deal with. This is a creature I want to start playing in my Esper Hero decks. 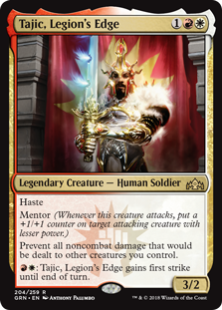 Tajic, Legion’s Edge – This is the type of creature that could emerge as a must have if a Boros Aggro deck is going to come out of the gates after rotation. 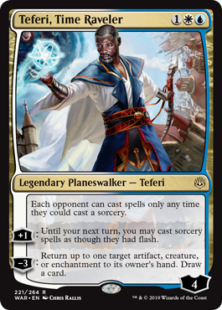 Teferi, Time Reveler – That’s right, this 3-mana planeswalker is going to see more play than it already is in the new Standard format. Since big Teferi will be leaving with Dominaria, there is no choice for Azorius players than this planeswalker.

Time Wipe – With the removal of Cleansing Nova, this could be the new sweeper of choice for Azorius only Control decks. 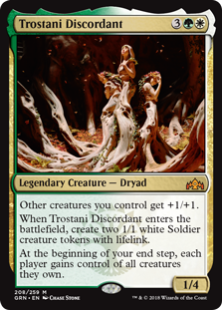 Trostani Discordant – Another great Green White card that could see an increase in play if midrange decks start to rule the Standard format.

Now you have the full lowdown on the powerful multicolour cards sticking around in the Standard format. Thanks again for reading the Getting Ready for Throne of Eldraine series! Join me next time as I investigate which Artifact and Land cards will start to see some play!