Back of the Pack

Oftentimes, people will discuss the most powerful colours of magic. Frequently enough, you’ll see Green and Blue held in high regard. But its commonly considered the lowest power colour is White. There are a high number of reasons for this, as the colour is predominantly treated as support in multicoloured decks. As a result, many players will feel alienated from playing a Mono-White deck. Let’s go over some of the ways you can help alleviate the issues for your next build. 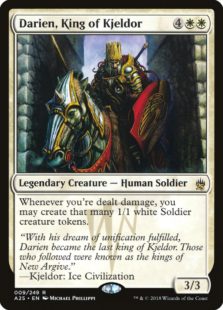 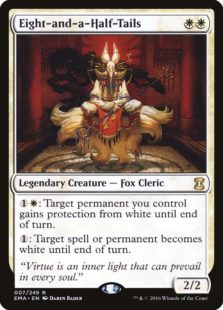 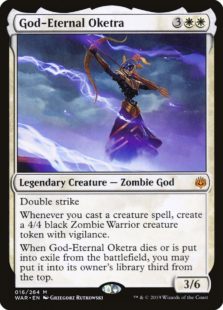 Oftentimes, White creature spells can feel like they cost a little too much mana for enough of an effect in comparison to some of the multicoloured or other coloured creatures available in Magic. Players will just go for the biggest spell available like Avacyn, Angel of Hope because it has some of the most powerful text. However, decks that have trouble generating a lot of mana quickly will have a problem in a high number of your games. As far as higher curve creatures are concerned, Elesh Norn, Grand Cenobite will often just be one of your best creatures either in the deck or in the Command Zone. Nearly every Mono-White deck that can afford the card should be running it at least in the deck. Elesh Norn isn’t the only Commander available though. There are some wonderful lists running Eight-and-a-Half-Tails as pseudo control decks, Darien, King of Kjeldor prison decks, Teshar, Ancestor’s Apostle or God-Eternal Oketra led White weenie decks and some really great Isamaru, Hound of Konda Voltron decks. While not every Commander is a home run, the number of options available still offers players various play styles. 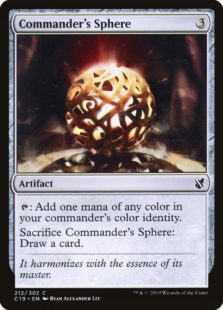 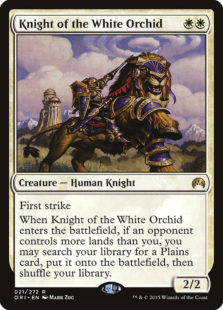 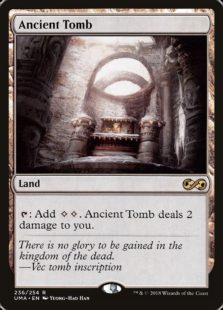 Mono-White decks suffer from the ability to play multiple lands a turn or to ramp ahead in other ways. This is a colour identity restriction that one can get over by playing artifacts like Arcane Signet and other mana rocks with a low converted mana cost. Commander's Sphere and Hedron Archive stand out for being able to replace themselves when you just need more cards. Including lands that tap for more than one mana at a time will also help with this. Ancient Tomb and Nykthos, Shrine to Nyx are wonderful cards that will help ramp you into your bigger plays, especially if you’re leaning your deck heavier into artifacts. A more recent addition to the colour comes from Commander 2020 in Verge Rangers and Cartographer’s Hawk. Both are looking to become staples in Mono-White alongside Knight of the White Orchid and Land Tax. 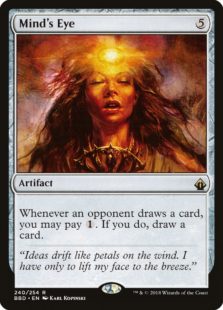 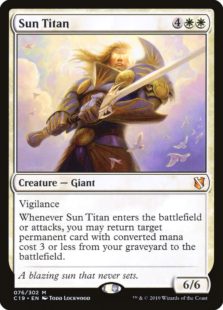 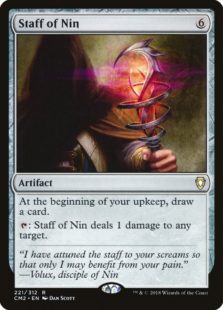 White doesn’t have a high number of effects that explicitly draw cards or even really tutor for cards. Enlightened Tutor and most other tutors are only able to search for artifacts or enchantments. Generally, the ways to get around this are value creatures like Sun Titan, the classic Solemn Simulacrum, or artifacts that will draw you cards. Some standouts for this are Mind’s Eye and Staff of Nin. Again, one of the big issues with a lot of this is the converted mana cost of each of these spells or the long term mana investment in spells like Mind’s Eye. This can be dealt with through the ramp spells mentioned above. This also carries over to the mana base with Drifting Meadow for cycling and Castle Ardenvale or Emeria, the Sky Ruin to help generate value. Most of these cards come with no additional cost to include. 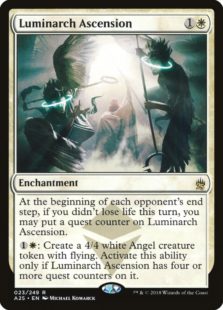 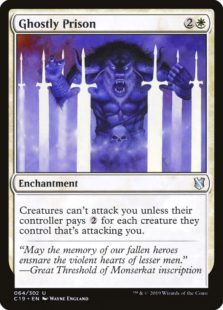 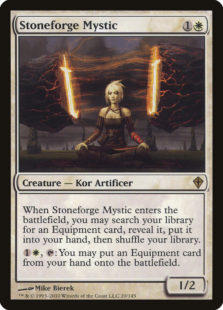 Another way to make it to the higher end cards is to include a fair number of efficient permanents that keep your opponents on your level. For keeping them on your level, look to soft prison elements like Blind Obedience, Authority of the Consuls, Drannith Magistrate, Ghostly Prison and Norn’s Annex. With the support of these cards, you’ll keep pace with your opponent board power through Luminarch Ascension, Serra Ascendant, Stoneforge Mystic into a Batterskull, or even just pull far ahead with a timely Smothering Tithe. There are plenty of ways to keep pace in a Mono-White deck, and if you can’t build a board state, just wipe it. 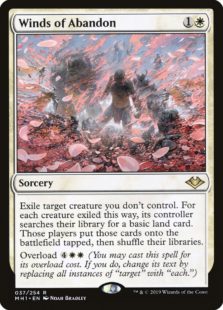 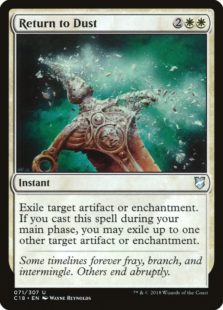 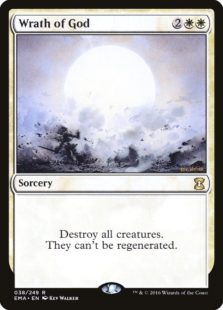 One of White’s biggest strengths is the removal spells in its arsenal. Path to Exile, Swords to Plowshares, Generous Gift, Return to Dust and Winds of Abandon are some of the best targeted removal spells. Each of these spells is efficient, effective, and generally permanent. It’s a shame to give your opponents something for removing their problematic permanent, but the efficiency of these spells is near unbeatable. As well, Winds of Abandon is one of the strongest new removal spells printed into the format. Being an efficient removal spell at two mana with the overload ability for a later game board wipe provides a huge swing. It’s pretty close to a fixed Cyclonic Rift. Speaking of wraths, this colour has them all. Wrath of God, Day of Judgment, Martial Coup and Austere Command are all absolute all-stars in the format with other more budget options also being stellar options (see Cleansing Nova). White has the ability to deal with any permanent type efficiently while offering various options based on your meta.

Overall, White has more options for deck building than many players give it credit for. Next time you’re browsing for your next Commander deck, take a look at some of the Mono-White Commanders available and see if there’s something that suits your style. Don’t be afraid to try Mono-White as one of your next decks. That’s all for today. Perhaps I’ll have to come back sometime and talk about a few underrated White cards in the format. Until next time, may all your hands curve out perfectly!