Brewing For Speed vs. Power

What do you prioritize in your Commander decks?

There are a ton of dials to consider when brewing up a deck. After all, we have almost 20k cards to choose from. Yes, many of them are basically unplayable in our format, but I'm sure there's a good 8k worth considering. That's a lot of options that allow us to come down to personal taste.

One of the biggest factors to consider when building a deck is Speed vs. Power.

There are bound to be a number of cards in your deck that are locked in just because of their power. We wouldn't change those. They're cards that brought you to the deck in the first place. But those other cards, the utility cards, are worth playing around with.

By speed, I'm mostly referring to mana cost. Cheaper spells make your deck faster overall since you can play them earlier. Or play them along side other cards more often. I won't spend too much time talking about the specific side cases where a deck might want a certain card over another. Instead, I'll be looking at this in a general sense.

Power is a bit harder to define, but I'll try to focus on some scaleable effects and compare cards that way. More stuff, more powerful. Let's start with a simple example. 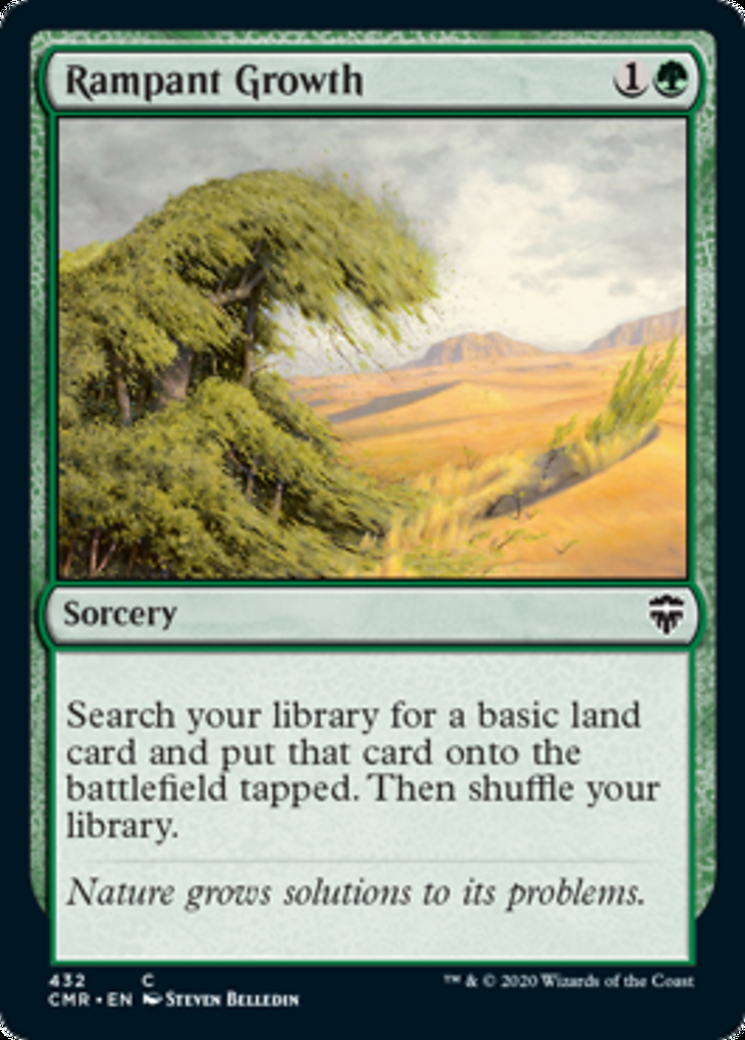 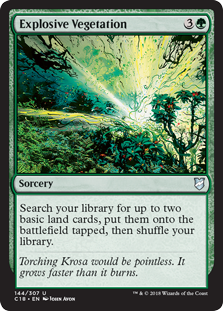 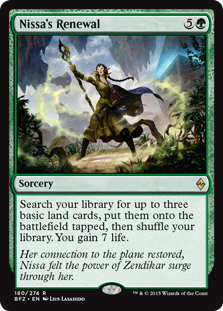 This series of ramp cards is about the simplest example of what I'm talking about that I can think of. Where do you want to end up on the scale of Speed vs. Power? We so often mindlessly throw in a Cultivate and a Kodama's Reach because we know they're staples, and they're the same. When we think about our deck's speed, and its power level, it might make more sense to run a Rampant Growth or a Nissa's Renewal in place of one of them. 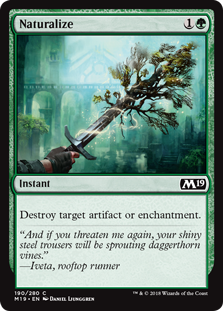 Naturalize is the baseline for artifact or enchantment destruction.

A long, long time ago, the designers costed this effect at two mana, and it's basically remained the same price. But, as expected, we can give up some power for speed, or vice versa. Nature's Claim is one of the few spells that comes in faster, at a single mana. The loss of power comes in the form of the "drawback" of having an opponent gain four life. Not an issue for us. Especially considering we can use that lifegain as a political bargaining chip instead of giving it to the player who's permanent we're destroying.

Natural end is slower by one mana, but the "power" we gain by casting it isn't worth it. Relic Crush is an actual upgrade in power. Two times more powerful, but it's more than two times slower. We might want to land someplace in the middle with Slice in Twain.

It's no coincidence I'm writing this while Dominaria is out. I want to talk about Kicker, and how it is such an important mechanic in our format. Kicker gives a choice between two speeds, and as a result, two power levels. We'll usually end up paying a small price for the flexibility, but it's worth it. 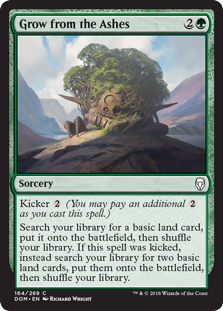 Grow From the Ashes is such an interesting card. At its fastest, it fetches a land like Rampant Growth does, but a bit slower. And at its most powerful, it's Explosive Vegetation, but a bit slower. This flexibility seems well worth the extra one mana on either speed.

Astute readers will notice that the land comes into play untapped. We can't play this card with two lands out, but it's a bit faster in the sense that it lets us play a second, slightly more expensive spell in the same turn. 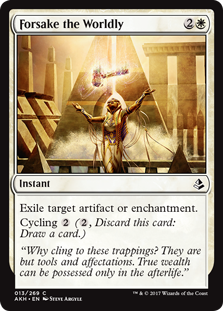 Cycling is another mechanic from recent sets that we ought to be considering more often. It's another way to add some flexibility to your cards, letting you pick the speed/power level you want from them. Although cycling doesn't really let us scale the actual power of the effect of it's card, we get to cash it in for something that might be more useful in the moment. If we're not casting it for its face value, there must be a reason. If that's because it's not good right now, let's get trade up.

This is how I approach cards when I'm looking to tune my deck. After playing a few games, I'll usually have a sense of its relative speed. If I'm finding I need to do more in a game, I'll reduce the speed. If I feel like I have more time, I'll usually think of ways to increase the power levels of my utility cards.

What are your preferences in Speed vs. Power? Which way do you like to lean in your brews? Please let me know in the comments below!