I think we’ve all played at least one game of Magic where the importance of threat assessment really rears its ugly head. Personally, I remember multiplayer games of Commander where someone resolves Oblivion Ring and chooses to exile my Gurmag Angler over an opponent’s Impact Tremors. As mad as I am, at a certain level I do understand it. A 5/5 creature is scary to new players, and one damage per creature seems harmless.

Of course, a veteran player understands that the former can be blocked harmlessly, and the latter represents “Whoops, everyone dies” scenarios. Hence this article has been created to serve as a crash course on threat level for newer players, or as a reminder for returning players. EDH is commonly a multiplayer format where powerful cards that need answers greatly outnumber the removal that is available to deal with them. So next time you aren’t sure if you should cast that Vindicate now or later, think through this breakdown of threats, conveniently listed from most dangerous to least! 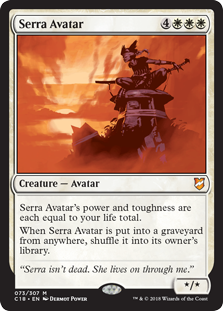 The most dangerous cards and boardstates are also thankfully the easiest to identify. Door to Nothingness, Felidar Sovereign, and any other card that literally reads “win” or “lose the game” are clear signs you're in dire straits. This also applies to any gargantuan creature that cannot be blocked for whatever reason, with gargantuan generally meaning power so high you don’t calculate it, such as Lord of Extinction or Consuming Aberration. Amazing or terrifying, either way it’s time to slam that removal spell down as fast as you can to end that situation. Of course, you can also try to play the table and hope someone else is targeted or has the right cards in hand to deal with it, but that will always run the risk of you being the one in the crosshairs. 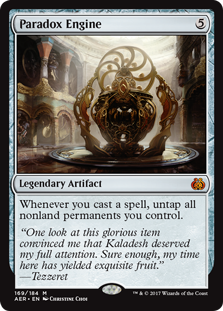 For our second most dangerous threat, I'm specifying the “Pieces” of the combo as usually when they're all in place, the game is already over. The term “Infinite” usually refers to both the repeatability of the combo and the outcome. Infinite health, infinite mana, or infinite damage are common endings to these combinations. Your goal is to break down the cogs before they get into motion.

For example, Kiki-Jiki, Mirror Breaker or Phyrexian Altar represent too many possibilities for infinites, as do Blood Artist, Deadeye Navigator, or Savage Ventmaw. The dangerous part of this section is that many of these cards can be used at a much lower power level, to the point of being innocuous - but you won’t know for sure until it's too late.

At worst, many of these cards slot into the next category as “Engines” and can be assessed as such. At best, they go up a level to “Must Answer”. Use your discretion and don’t forget to talk game politics with the other players to avoid being caught unaware. 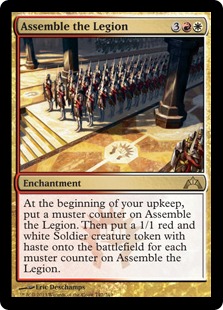 “Engines” refer to a repeating source of card advantage. Most often you will see this as a method of drawing extra cards such as with Rhystic Study or Phyrexian Arena, but engines can also create creatures, destroy permanents, and so on. Engines can be one card or span across several. For example Bitterblossom itself is an engine, but can be upgraded by playing Parallel Lives or, much more dangerously, with Divine Visitation. For context, the majority of proactive cards in a commander deck tend to be Engines, and due to this you will have to be very choosy about which ones to shut down.

The general rule here is Quantity before Quality. Generating three 1/1s is more threatening than drawing an extra card per turn, making Verdant Force much more dangerous than Staff of Nin. After that, I would rank engines by Quality in the order of (loosely) Searching Library>Draw>Mana>Creatures. Engines are so common that here you might want to rely more on sweeper effects such as Merciless Eviction or Vandalblast to neatly deal with them. 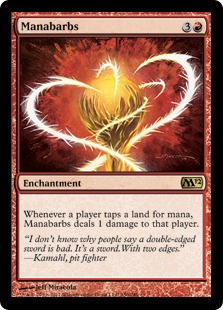 These cards are “Reverse Engines”, in that they seek to gain advantage by hindering other players from actively progressing their gameplan. Decks that are themed around “Stax” or “Hatebears” tend to play like this. Cards like Bottomless Pit, War’s Toll, or Rest in Peace are examples of this. These strategies are less common, but fit into almost the same slot as Engines. The only difference, and an important one, is that when a player plays even a low-power Hate card, they immediately inconvenience the other players. This added pressure can cause this player to lose that Hate card quickly, often making them a lower threat (at least for awhile). So if you can survive under that Rest in Peace, I recommend leaving it there. 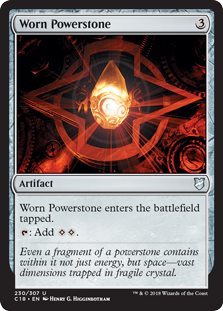 There always seems to be some controversy over the ability to destroy mana sources (especially lands) in Commander, but even if you think it is taboo, you will need to know how threatening these cards can be.

Mana generation is just another Engine to deal with, and can be scaled in much the same way. Mana fixing (ie, Chromatic Lantern or Rakdos Signet) is much less valuable than mass generation of mana (ie, Gilded Lotus or Thran Dynamo). This also applies to lands as Gaea’s Cradle and Cabal Coffers produce tons of mana and need to be destroyed on the spot. Besides those two, Mana ranks pretty low on the threat scale. The ultimate move here, and the maximum faux-pas, is to use removal to put a player who is mana-screwed in a worse position. It's cruel, but it does turn Molten Rain into “Destroy Target Player”. 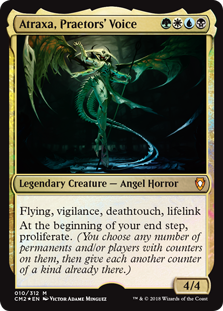 *This section exists as a massive asterisk on the rest of this article since Commanders can fit into any of the above sections, but can also be recast when destroyed. Oftentimes you will have to treat them just as another card in the category and act appropriately. Unless you have a transformative enchantment, like Darksteel Mutation, you will have to accept that these cards can and will come back.

And for now that’s it! Do you have a preferred card to deal with threats cleanly in Commander? Or do you aggressively disagree with my threat list? Let me know in the comments below and I’ll catch you next time!