Hail to the King

Five colour decks are always a scary thing to be building. Which colours do you skew your mana base towards? Should you go for a crazy combo deck like Food Chain or something fairer? Where do you even start with this? Well, I often talk about putting cycles of cards in your 4 colour decks to start with. So, why not try with putting in more complete cycles of cards from all five colours? We will obviously be excluding any unplayable parts of cycles, but let’s try to keep it as complete as possible.

Hail to the King 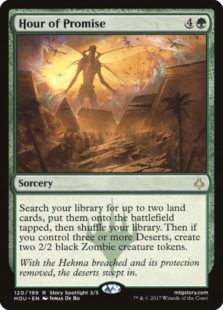 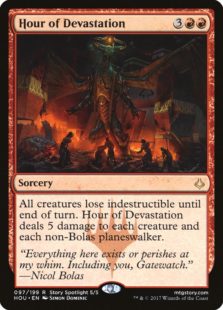 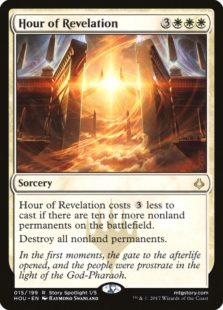 Hour of Promise is the only one included as the others are just exceptionally lacking by comparison. While Hour of Revelation and Hour of Devastation may be playable, there are just significantly better options to be in those slots especially when we are jamming so many bad cards in this deck already. Hour of Eternity and Hour of Glory are also just not very good cards. Hour of Eternity won’t function very well outside of a general graveyard focused strategy but even then each creature has to have some sort of relevant text on it for that to really be a blow out despite its mana cost, and Hour of Glory is just acceptable removal in black. Overall, not cards I generally recommend running in Commander so we won’t see them here. 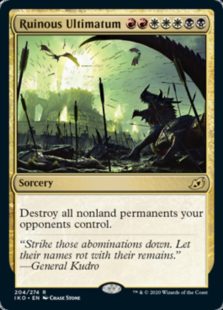 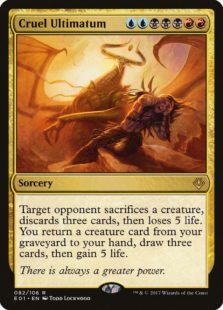 While stocking up on too many of these may be a mistake due to their converted mana cost, they’re each of an absurdly high power level. Start off by playing as many of them as you can, until you find exactly which ones you prefer the play styles of. In this list, as it currently stands, it may be hard to enable a couple of them (mostly Eerie Ultimatum and Emergent Ultimatum) but even on the lower side of focus for them, they’re still absurdly powerful cards. The ones that have been excluded from this list are either completely unplayable in Commander (Clarion Ultimatum) or are just insufficient in value or the ability to turn them on in this deck (Violent Ultimatum). As it currently stands, this cycle remains underplayed in the format and I hope this will help draw more players to considering them in their future builds as long as you can get your colours in order. 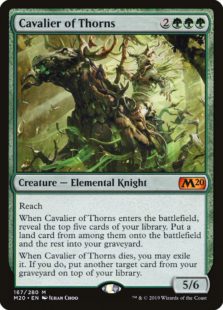 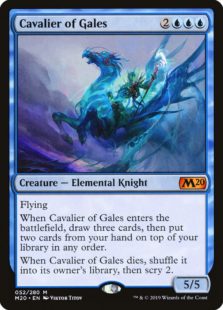 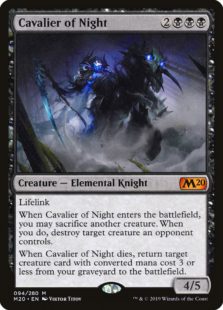 Another underutilized cycle of cards in Commander. Each with valuable enter the battlefield effects, stats and on death abilities. Each coming in on a budget, it’s pretty hard to go wrong with this cycle. If you could run the full cycle of Titans (poor Primeval Titan), they’d likely go right alongside these. The ability to reanimate these with our Commander puts them on a rather high power level with the only drawback being the mana costs associated with each of them. Three of any colour is difficult, especially in a five colour deck but with sufficient ramp and duals, this deck should get there with consistency, just not necessarily always on curve. 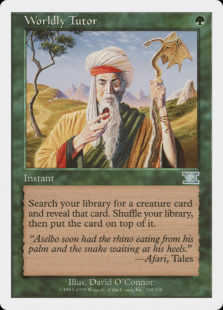 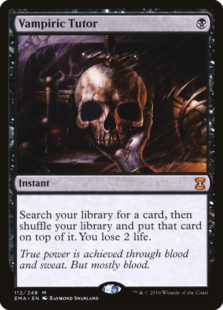 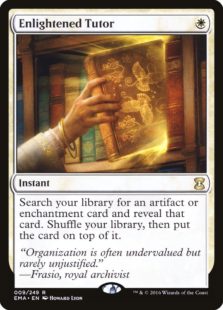 The one mana tutors are always a powerful inclusion. While some of them are less so than others here (Enlightened Tutor), the ability to sculpt your hand and play early on is immensely powerful and greatly helps the consistency of the deck. Another note here is that there is no one mana red tutor that’s officially part of this cycle from a name perspective (outside of Goblin Tutor but that isn’t black bordered), so the obvious inclusion is indeed Gamble which should work well with our Commander as well. The ability to discard a creature to later get back with Kenrith, the Returned King. Definitely a cycle to keep in if you can, but the price points of this cycle really keep it out of players’ collections. A recent spike in Worldly Tutor and the ever expensive price of Vampiric Tutor certainly don’t make things easy. If these are out of your reach, cut them for more removal or card draw. 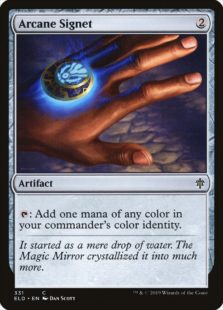 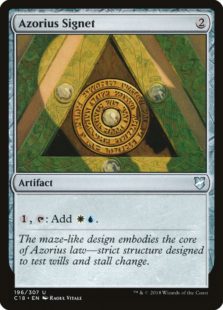 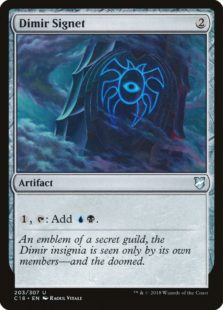 An always excellent cycle of cards to include in building multicolour decks. While potential removal targets, they are stellar ramp that will help you fix your colours. The deck as it currently stands is mildly skewed towards green due to the creature base but these will help you consistently cast your ultimatums or activate the abilities of Kenrith consistently while building you up to your big mana plays. As well, each of these are tutorable with Enlightened Tutor should you need to fix your mana. 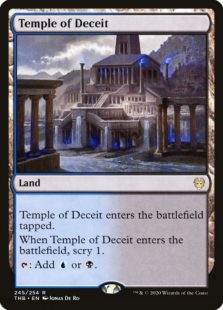 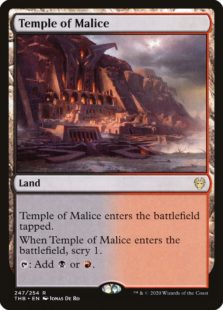 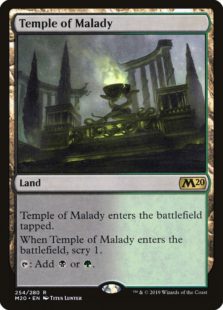 Coming in on a tight budget, the temples are a common inclusion for most casual Commander decks with good reason. Card selection with the scry while offering fixing is powerful on both early and later turns of the game to prevent mana flood or screw during the game. It’s a shame that they come into play tapped but consistently hitting all five colours on a budget is incredibly difficult. This deck is going to be reliant on come into play tapped duals and at least these offer an upside to them. 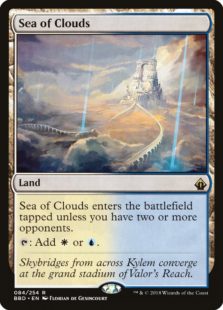 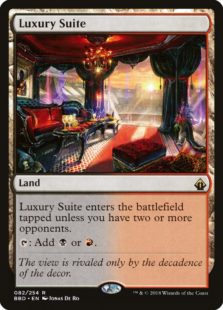 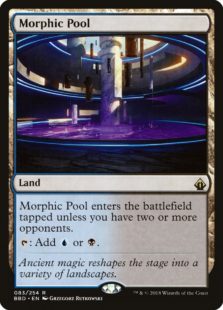 Some of the best recent additions to the format. Not the most budget of cycles in the mana base but they come into play untapped without requiring any hoops to jump through. That is if you’re consistently playing Commander with a group as opposed to one on one. A powerful cycle that I frequently tell players to add to their decks due to their minimal opportunity cost and extremely high upside. If you can afford these, consider them an auto inclusion in five colour decks going forward. 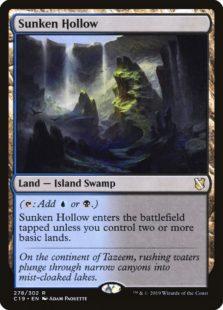 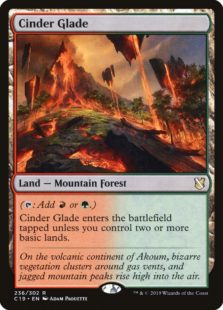 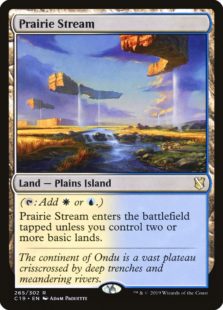 The budget strikes us again. Not the best lands but fetchable with Nature’s Lore and Skyshroud Claim while sometimes coming in untapped. Can’t say they’re great but they’re cheap and help with the consistency and budget for the deck greatly. I generally recommend these more for three and four colour decks that can afford to run more basics. If you don’t value the ability to sometimes come in untapped, the Amonkhet cycling lands may be a better pick here. 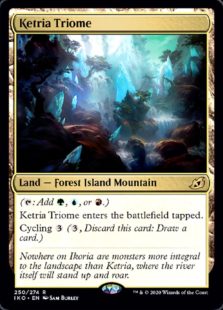 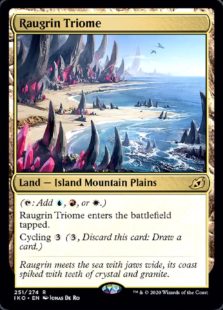 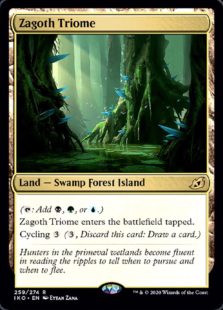 The most unexpected addition to the format from Ikoria are the new Triomes. Three colour lands that can be fetched with fetch lands or effects like Skyshroud Claim while offering the ability to be cycled in the late game. They’re coming it relatively cheap from their first printing and will likely be a huge component of mana bases in Commander going forward. It’s safe to say that this is a cycle to be included in a deck like this. 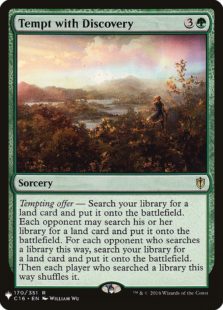 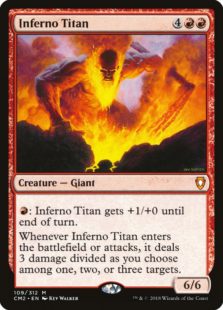 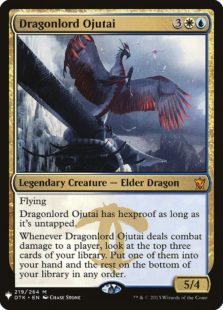 This is a rather basic decklist that offers you a variety of choices going forward. You can either go harder into the theme of cycles and remove some of the one-off cards that are there to help smooth out the deck in favour of more cycles like the "Tempt With" cycle or the Magic 2011 Titans. Or, you can tune the deck by removing various cycles in favour of creating a tight five colour list. This would be decided entirely by your preferred playstyle and deck building. However, either way, it should prove to be a fun and interesting way to play Commander.

Definitely a topic to come back to at some point. Perhaps next time we’ll visit what happens when you go all-in on the idea of the cycles. What do you think of the deck idea? What kind of upgrade path would you follow? Let me know in the comments below!