This week the three-colour reviews continue with part two of the Naya review. Last week we saw a lot of big beasts and commanders that enable things with a lot of power to be a real threat in EDH. This week we continue our look deeper into the jungle shard and find out that in addition to big monsters, Naya offers a lot of different strategies from tokens and lifegain to voltron-auras and snow-covered land ramp. It's about to get nuts! 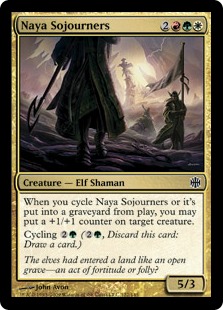 This card is straight up not good enough to play in Commander. 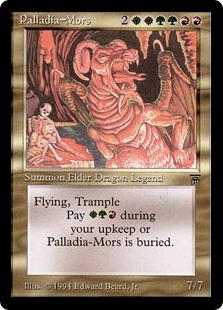 Eight-mana 7/7s with flample are definitely not bad. They're threats that will end games, especially when they're your commanders. But when you have a three mana upkeep, those cards lose their shine pretty quickly. I like the original Elder Dragons as much as the next EDH player, and while PM is probably one of the better OGs of the format, he doesn't hold up as a great commander. Still not terrible, and still playable, but time hasn't been kind to the original Naya dragon. 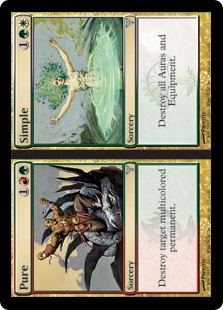 I really love these reviews because they force me to look at cards I've never seen before, and Pure and Simple is one of them. This card isn't bad! Sure, both sides are pretty situational, but Pure will probably take out a commander, and Simple will just absolutely wreck some decks. Most people have a voltron deck in their meta, and that alone could justify a card like Pure and Simple. 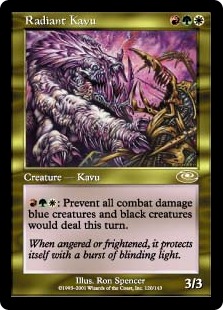 I guess being radiant in Magic means brutally hosing Dimir decks? Radiant Kavu is actually a decent card considering it hoses a pretty large portion of the colour pie, but sometimes it will do stone nothing. This one seems like a meta call. Wrexial giving you trouble? Get a Radiant Kavu in there. Dimir reanimator killing your face? I know a guy who can help. 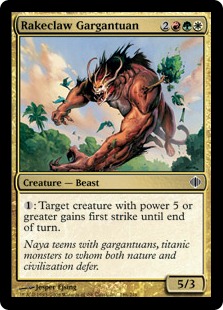 The activated ability creatures who affect five power or more are all generally quite good in decks like Mayael and beast tribal decks. Rakeclaw Garg is a middling one, he gives you a decent on board trick but opponents can play around it pretty easily. Still, he's a decent addition to a bunch of Naya decks. 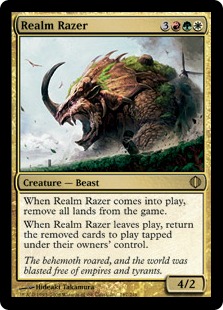 The problem with Realm Razer isn't the fact that it's a 4/2 for six, or that its ability is a weird form of MLD (Mass Land Destruction). No, the problem with Realm Razer is that you want to play RR at the end of your turn and then bounce him back right before your next turn, essentially locking your opponents out of the game, and I'm just not sure that deck exists in Naya. Maybe a more ETB, White based strategy that also wants to attack a lot? I think it's doable but please, if you get that combo, just make sure you win, okay? No one wants to sit at a table playing EDH while not actually playing EDH. 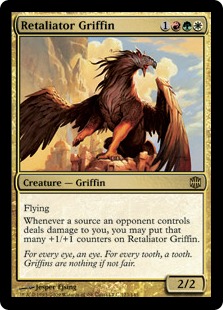 I like Retaliator Griffin a lot as an early attacking deterrent, but be aware that whenever you tell players they effectively “can't” do something in Commander, that will draw hate. “Oh I can't attack you or that thing gets bigger? Well I just have to kill that thing then don't I?” Still though, I think this card may well be underrated and actually I'd love to see some more creatures with similar effects. 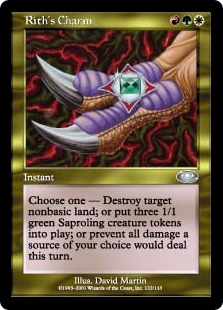 Fog effects are perhaps the most underrated abilities in Commander, and when you tack one on to land destruction and a quick, instant speed token maker, you have a pretty sweet card. Much like all the charms, it's not hard to find a deck for this one, you just have to decide if the card is enough to warrant a spot. 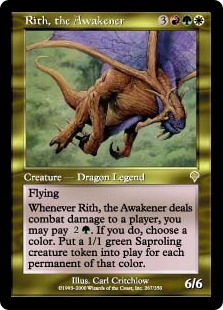 I wrote an entire article about the most underrated Commanders here on MTGCanada, and the title image was Rith. So you know how I feel about her. While extra cost added on to her triggered ability seems bad, it's usually a pittance for the amount of tokens you can get and then if you have any board state at all, any extra effects too. Rith is a great commander with a few drawbacks that stop her from getting in the A range, but she's a solid token producer and a big flying creature that can end games all on her own. I've really committed to the fact I think Rith is a female without looking anything up, and I will just hope that I'm right about that. 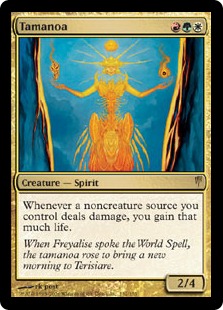 Tamanoa – A (as an unofficial commander) otherwise, C

According to EDHRec, Tamanoa is one of those cards that is not officially able to be played as a commander, but often people make this exception. I say great, do it, play this very neat and unique card as your commander if your playgroup will let you, and have a blast with a Naya commander like no other. Otherwise Tamanoa might find a home in an X-spell style fireball deck, but otherwise has trouble finding a home in this shard's 99s. But as a commander it's really great. 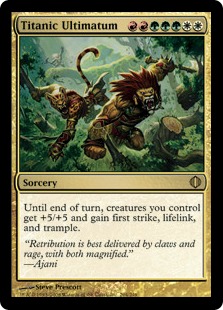 TU is my favourite overrun effect because it will bring you back from the brink of death while often either killing a player outright or at least destroying someone's board. The lifegain is often the least important part if you're on the attack and in the lead but, for the times you're back on your heels, this card can turn the tables in a big way. Tough to cast and expensive but worth it when you need it. 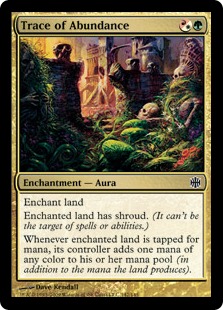 I guess if you really want to protect a specific land in your Lands Matter deck, you might consider a Trace of Abundance, but in general this card slot is better used on just about anything else. 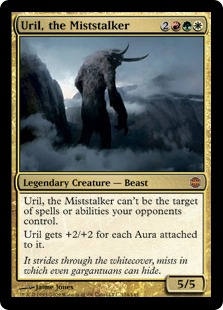 Oh ya know, just probably the best Voltron commander in the game. Uril comes with a complete stack of excellent auras and with it's native +2/+2 ability and hexproof it's an absolute monster. Speaking of monsters, Uril does look like it's from the movie Monsters Inc., so it also has that going for it. Not the most imaginative or fun (for me personally) style of commander, it makes up for that in raw power. 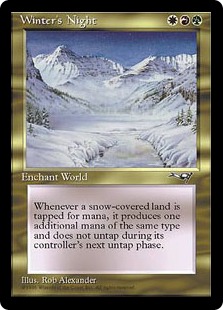 I think you have to do a lot of work to make Winter's Night good. Like, too much actual work in order to make the money to afford your entire snow-covered mana base. Too much. Not great. 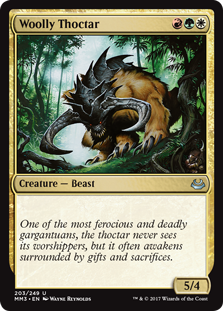 Big dumb, classic Woolly Thoctar will be at home in a beast tribal or even some versions of 5+ power counts but generally it's not that great.

That's a wrap on the zoo of a shard that is Naya, a truly diverse colour combo, representing a bunch of different strategies that have a ton of threats and answers alike. Let me know what you think about this write up and these ratings in the comments below! Tune in next time for the next tri-colour combo review!