We're already getting a taste of what Guilds of Ravnica has in store for us Commander players and boy does it look good. So good in fact that I'm inspired to do a straight up ranking of all ten guilds based on their effectiveness in Commander. So without further ado, let's see THE DEFINITIVE power ranking list of Ravnica guilds in Commander! 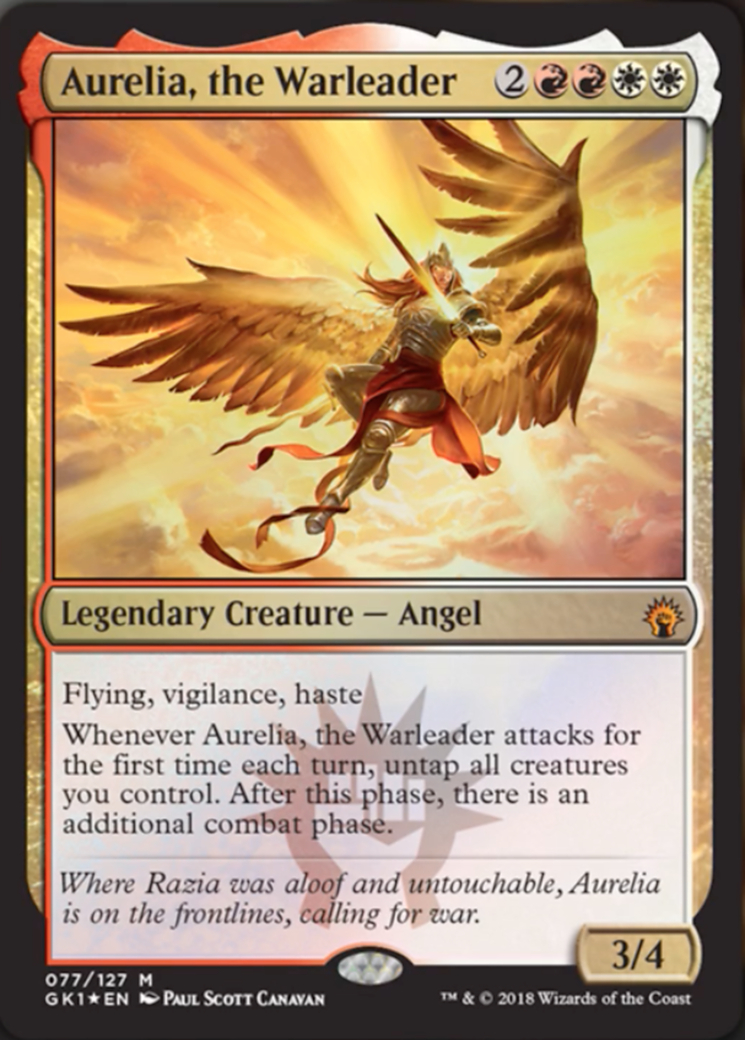 Kicking off our countdown at number ten is the much maligned and groaned about Boros Legion. Everyone loves to pile on Boros and how bad of a guild they are for Commander, and honestly? They're right.

Boros cares about one thing: combat – and it seems they care about it at the expense of the things most important in Commander: Card draw and ramp. Wizards of the Coast seemed to be downright afraid of printing a Boros commander who didn't revolve around combat, but with recent cards like Firesong and Sunspeaker it looks like they may finally be willing to give Boros a hand. 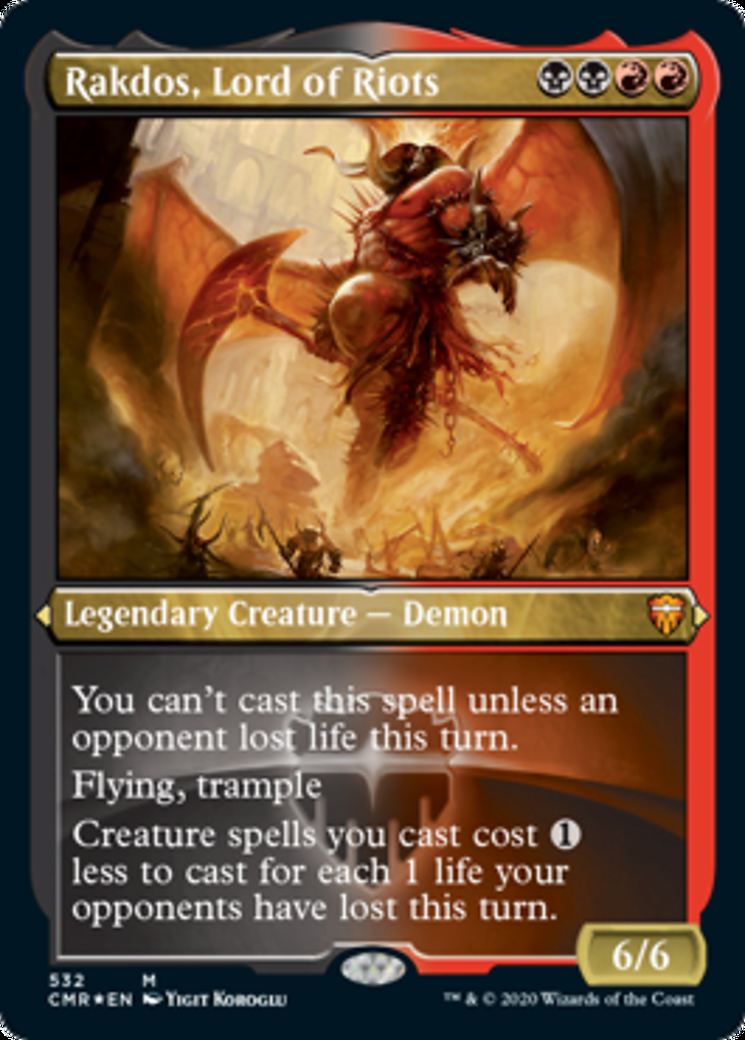 You might think that the all out party animals over at Rakdos would be in the same boat as Boros, but Rakdos has a few things going for them that Boros doesn't. First, there's the black card draw. Second, there are tons of ways to deal direct damage to players and creatures without ever going to combat. And while there's nothing wrong with turning your creatures sideways to win a game, it's nice to have options.

Rakdos is still prone to using aggressive strategies which struggle in EDH, but on the flip side they also have great success when cheating creatures into play. And now you can pass your commander around the table? Oh, and forget about ever interacting with an enchantment in this guild. 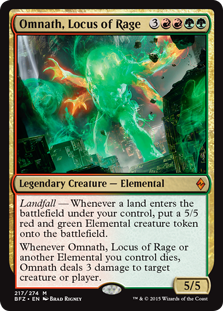 Standout Spells: Decimate, Runes of the Deus, Xenagos, the Reveler

GRUUL SMASH! Despite having some nice options in commanders like Wort and Angry Omnath, Gruul is about one thing and one thing only: smashing your face in. Gruul gets its advantages from the inclusion of Green and the quality of creatures Green and Red can bring when ramped into. 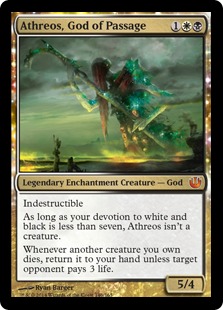 The Orzhov bring us some great commander decks that just barely edge out Gruul for the number seven spot. While often seeming pretty narrow in their strategies (Life gain and drain, repeat, repeat, repeat...) there are a few other decks to choose from. For example, Daxos' enchantments and even Vona's vampires which probably still contain a fair amount of life gain but at least offer a different main strategy. 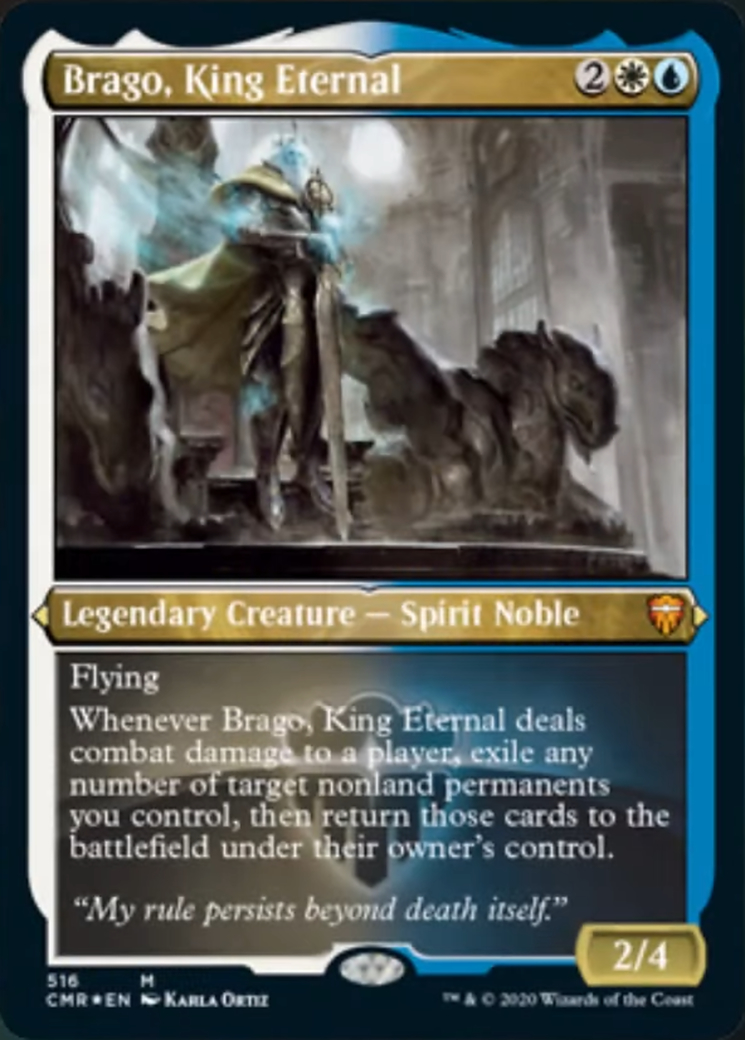 Azorius is a very powerful guild made up of very powerful cards. So what gives? Why is it ranked so low? Well for one, we need SOMETHING to argue about. And for real, because it just seems a bit more narrow that some of the other powerful guilds. Azorius also has a hard time with ramping to get those big early game plays and instead tends to lay back and wait, which is what leads to it having a more narrow gameplay style of mostly control decks. The most interesting Azorius decks are all definitely ones that take a different slant on the tradition UW control deck. 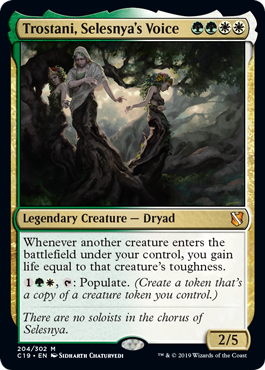 Speaking of narrow strategies, at first glance it looks like the only thing Selesnya is at all interested in doing is making a million soldier tokens and running wild over everyone. But take a look at some of the more recent generals (and even some older ones) and you'll find that the recent Cat tribal deck has offered some much needed diversity into this guild of tree huggers.

Mirri and Nazahn like equipment. Sisay cares about legends. Most interestingly, Trostani can be built a few ways like caring about tokens, lifegain, or both. This is a guild that can handle anything in the way of artifacts, enchantments, and full boards of enemy creatures. Just watch out for the card draw. Though even that isn't usually a problem with all the green draw spells that care about how many creatures you have. 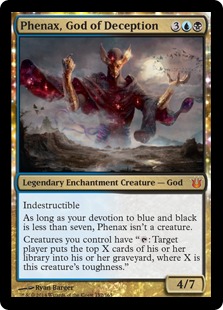 Sneaky Dimir slides into the number four slot with its myriad of strategies ranging from evasive creatures, straight up control, zombie tribal, classic reanimator, or even mill! Dimir has a lot of tools in its slices of the colour pie and in addition to dealing with just about anything they can swing and get aggressive too. An all around powerhouse to be sure. 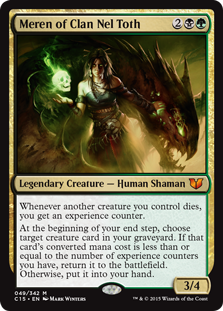 Kings and Queens of the graveyard, the Golgari are the third best guild on Ravnica for Commander. Few guilds have the raw power of a commander like Meren or the shenanigan prowess evident in every Gitrog Monster deck. Not to mention the disruption of Nath all mixed in with tokens, +1/+1 counters... Basically you name it, Golgari can do it. 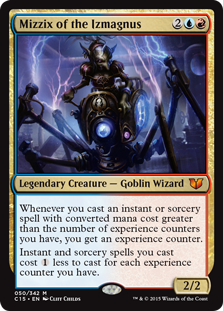 Standout Commanders: Mizzix of the Izmagnus, Jhoira of the Ghitu, Niv-Mizzet, the Firemind

Just when you thought no guild featuring red would crack the top five, the mad steam-based scientists over at the Izzet poke their heads into the list.

So why is Izzet the number two guild from Ravnica? Easy, their power level is through the roof. Mizzix, Niv Mizzet, Jhoira, the new artifact commanders like Tawnos and Brudiclad, they all offer a variety of play styles but also offer a high level of brokenness that only the Izzet can produce. 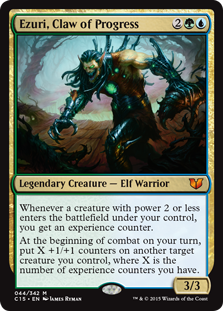 The number one best guild in all of Ravnica is Simic, because the Simic have the best and easiest access to the things that make a good Commander deck.

The Simic provide paralleled access to card draw and ramp and with it , massive creatures, effective counterspells, and yes, even spot removal in these colours. The Simic deal with artifacts and enchantments, they can play the spell slinging game or the bash your face into the ground game.

It's possible the Simic don't have access to the raw power level of some of the other guilds' commanders like Meren, or Mizzix... But Edric, Rashmi, and Momir all might have something to say about that.

In the end though, it's the overall card quality that makes the Simic guild the best there is for Commander.