Welcome all to the Daily Dose of Adventures in the Forgotten Realms. Today I’ll be talking about some powerful new Artifacts from the set, including one that gets you to roll a D20. That’s right, one of the most iconic aspects of Dungeons & Dragons, dice rolling, is coming to Magic in the form of rolling a 20-sided die. I’ll be talking about the D20 card at the end of this article. It’s exciting to see every aspect of Dungeons & Dragons being brought over to AFR one card at a time.

Before I talk about our dice-throwing card, I want to talk about two other powerful artifacts you can get. First off is a Legendary Artifact that can transform any nontoken artifact into a creature. Here's The Blackstaff of Waterdeep.

The Blackstaff of Waterdeep 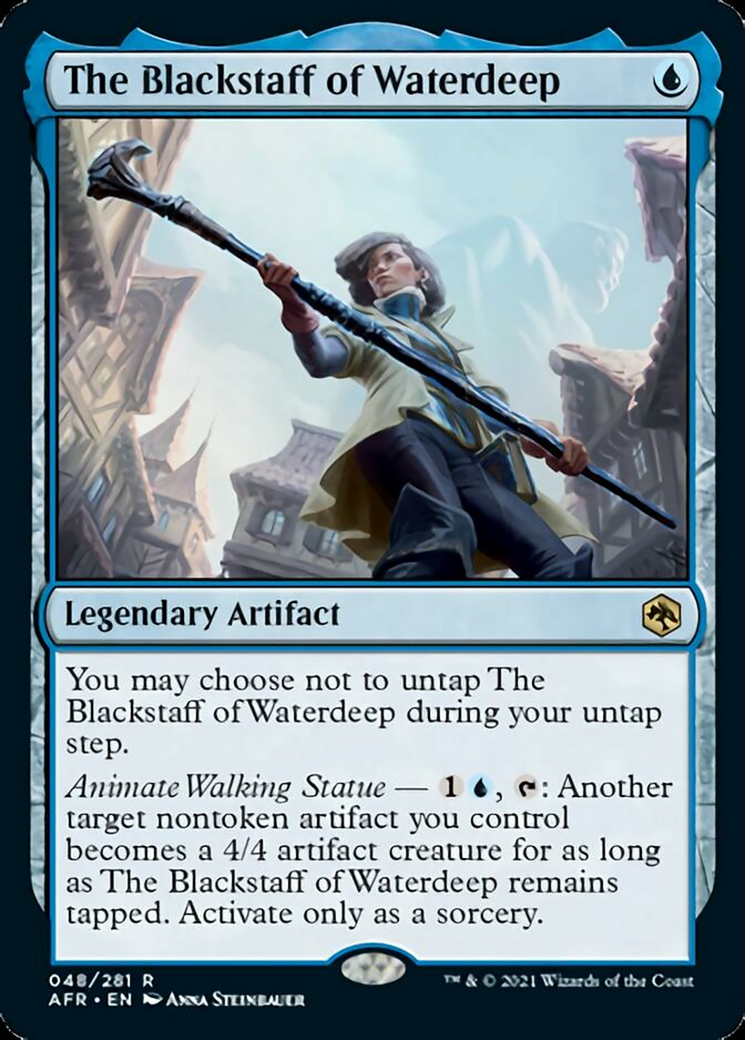 This allows you to turn any artifact into a 4/4 creature if it remains tapped. If you can play a zero mana Artifact on turn one, it can attack as a 4/4 creature on turn two. Currently in Standard, we only have Tormod’s Crypt. Another interesting choice to use it with is the always popular Stonecoil Serpent. Once you turn it into a 4/4 it will still gain any +1/+1 counters it already had. The Blackstaff of Waterdeep could work well with a bunch of utility Artifacts that you can turn into 4/4 creatures throughout the game.

Next up is a variable sweeper Artifact. Here is Sphere of Annihilation. 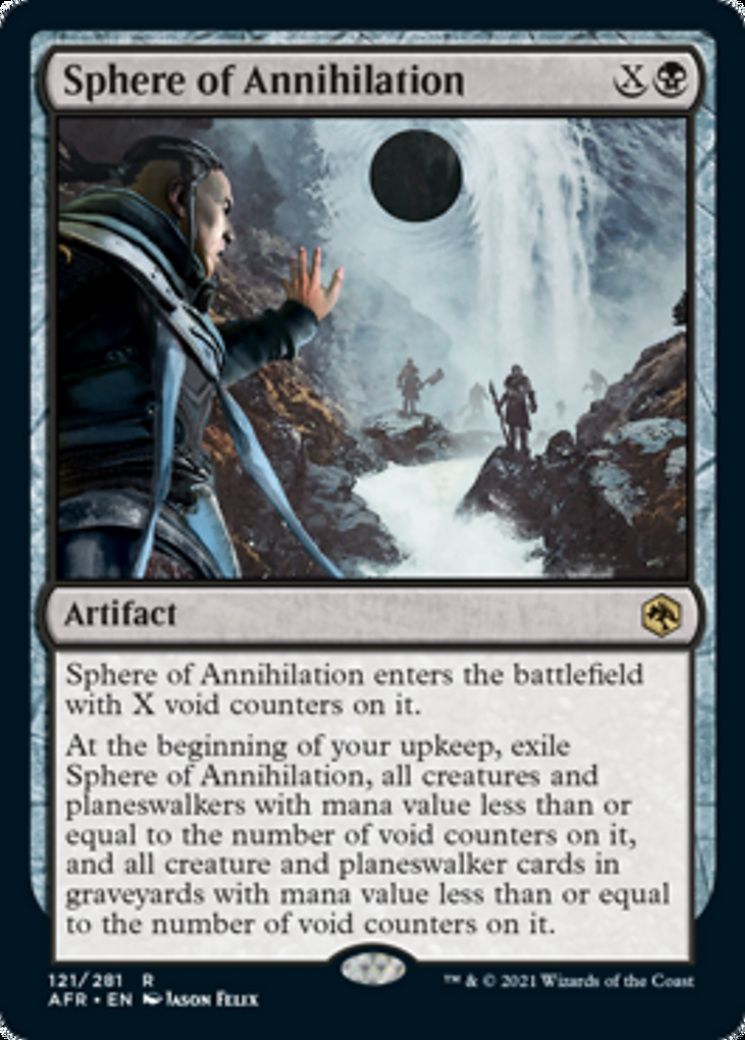 This is a nice Black sweeper card that can take care of a variable level of threats based. If you have creatures with mana value four or more, you can set X to three and exile all the small threats on the battlefield. Its versatility is countered by the fact that it's a delayed wrath. The good side to that coin is that they won’t want to just throw a bunch of creatures into the upcoming wrath. I would most likely play this Artifact in the sideboard against decks that are trying to swarm you with too many creatures for one-to-one removal to work.

Now that we’ve seen these great Artifacts, it’s time to get out your D20 for the brand new Treasure Chest. 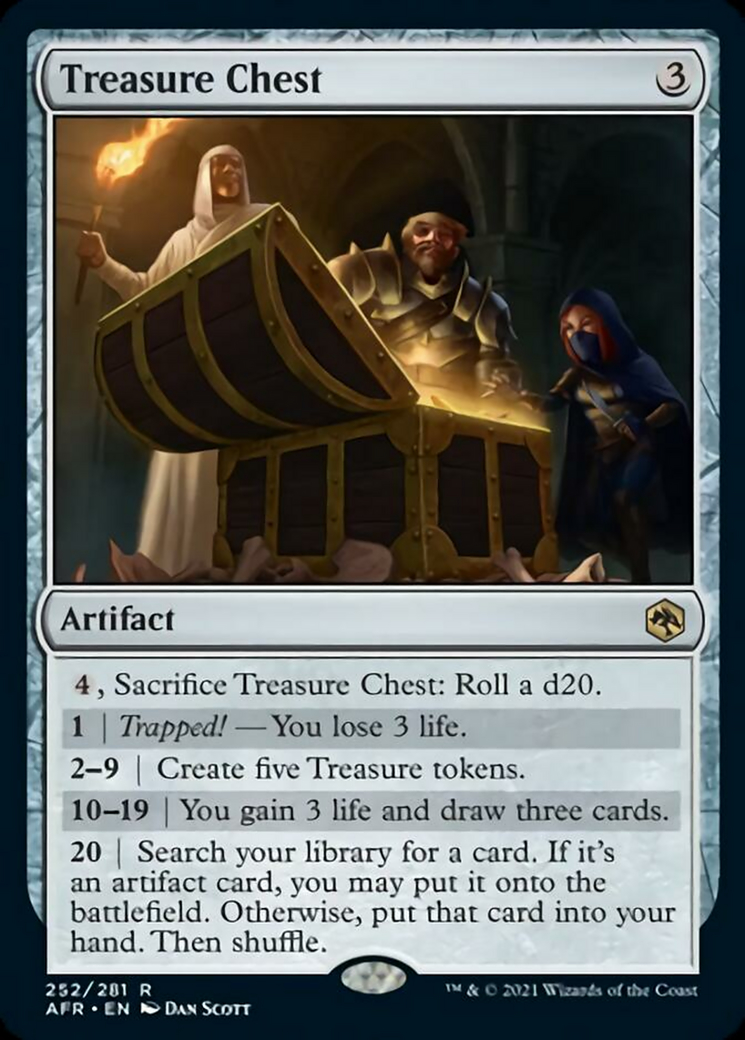 I cannot wait to play this card. 95% of the time you sacrifice it, you’re going to be getting a great reward. How good the reward depends on how the rest of your deck is built. If you roll low, you still get five Treasure tokens, which more than covers the four mana you just spent to activate this ability. If you roll high, you're guaranteed to either draw three cards or tutor for your best card. Most of the time it might be better to draw three cards. So far, regardless of the power of this card, it’s the one I’m looking forward to opening the most during prerelease.

I love to see three new Artifacts to add to a new deck, each with its own different power. Thanks again for reading the Daily Dose and join me again tomorrow as I level up and meet some powerful new creatures.