Welcome all to the Daily Dose of Innistrad Crimson Vow. Today I’ll be talking about the new mechanic from Crimson Vow called Cleave. This is another in a lengthy line of mechanics that allows players to cast a spell for a different casting cost than its original casting cost. Playing with alternative casting costs is a way that design uses to allow one Magic card to act as two separate Magic cards. This separation of two spells on one card has been done in other ways by Magic including but not limited to a Double-Faced card, or a Split card. Having this allows a deckbuilder versatility from cards instead of having one-dimensional cards that sometimes lie dormant in your hand. In Innistrad Crimson Vow this versatility comes in the form of the new Cleave mechanic. The Cleave mechanic gives the player an option to cast a spell for its Cleave cost and if they do, any words in square brackets are removed when casting the spell.

Let’s have a look at one of those cards. Here is Dread Fugue. 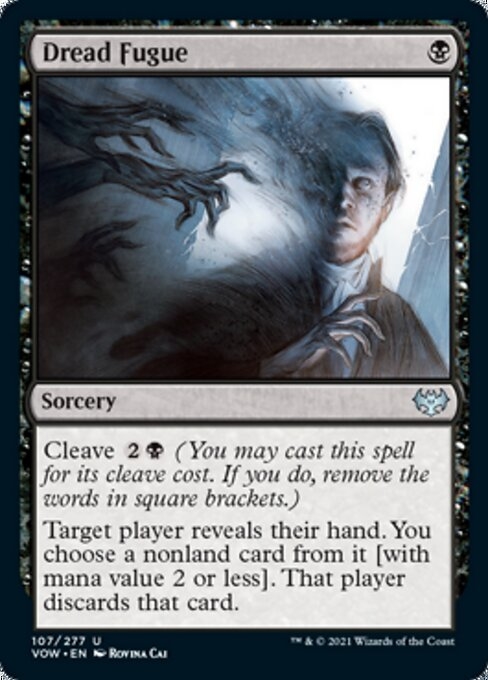 This is not the first time though that we have seen the Cleave mechanic. You don’t remember it because it was printed in a Mystery Booster Convention Edition test card. Let’s have a look at Graveyard Dig. 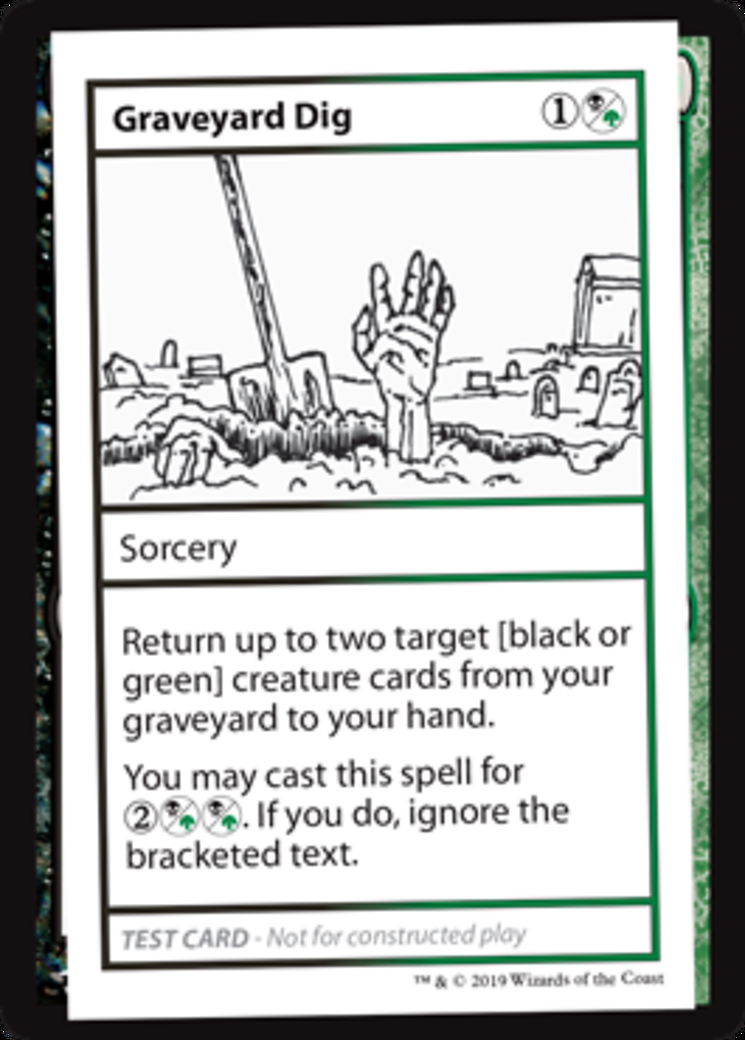 Now that we get the idea behind the mechanic, let’s have a look at a Black sweeper removal spell. Here is Path of Peril. 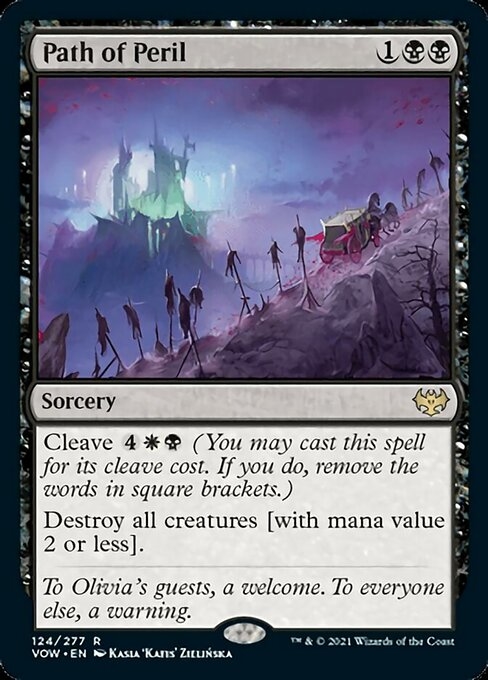 Path of Peril is a nice sweeper that acts as either an early or late-game wrath. The cheaper casting cost of Path of Peril allows you to escape a quick start from Aggro decks that are looking to beat your down in the first three turns. Path of Peril allows you to destroy them regardless of their power and toughness as it looks at the mana value of the card. Once you’ve stabilized and you might need to take out some larger threats, you have Path of Peril at its Cleave cost of six mana to clear off the entire battlefield. It’s a little over-cost for what it does, but that’s due to the value gained from the versatility of the card. I expect to see Path of Peril being played in a nice Esper control deck in the coming months.

Next up is a card to help you get the card you need from your library. Here's Dig Up.

Cards like Dig Up can allow you to play fewer lands in your deck. We have seen similar cards in the past like Attune with Aether that help to make sure players hit their land drops. Dig Up doesn’t provide any extra resources when you cast it for one mana though, but it does grow in value later in the game. Its Cleave cost is equivalent to casting Diabolic Tutor. This will help you search your library for any card you need to help you in the game. With its Golgari Cleave cost, it does limit the number of decks you can play this card in, but it could work well in conjunction with spell matters cards like Dragonsguard Elite.

Finally, it’s another tool for an Izzet deck. Here is Alchemist’s Gambit. 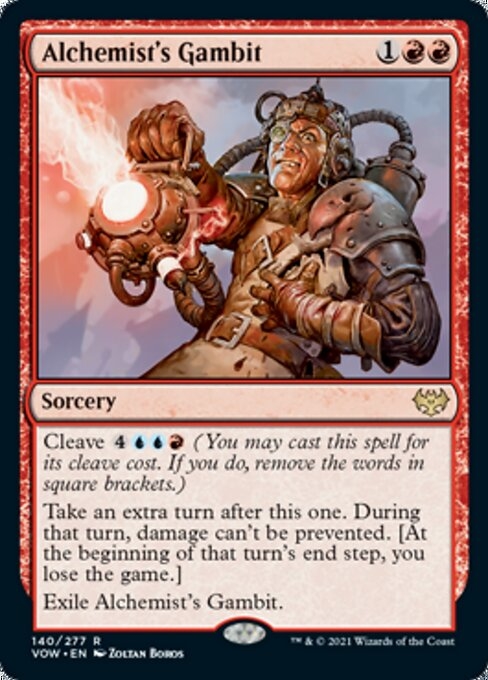 Nothing like having another extra turn spell for an Izzet deck to play with in Standard. This extra turn spell can act in one of two ways. For only three mana, if you have enough power on the battlefield you can kill your opponent with a one-two punch of two straight attacks to win the game. If you want to play the long game though, you can cast it for its Cleave cost of seven mana and just take an extra turn to build your battlefield and resources. I see Alchemist’s Gambit being used as a 5th or 6th extra turn spell in an Izzet deck to really be able to cycle together multiple extra turns together to win the game.

I love the design used for the Cleave mechanic and I hope to see a few more cards with this mechanic in the set. Thanks again for reading the Daily Dose of Innistrad Crimson Vow. Join me again tomorrow as I continue my look at some of the sweet new cards and new ways to play the game we love.