Whatever name you know it by if you play Dungeons and Dragons you know the setting. But do you know the history of how the Realms came to be - both in-game and in writing?

From the depths of the Underdark to the dizzying heights of the Cloud Peaks, and in the streets of Neverwinter, Waterdeep, and Baldur’s Gate alike, adventure calls. A call which heroes like the Harpers, Drizzt Do’Urden, and Elminster answer.

Of course, most of these heroes largely prowl only Faerun, with a few escapades slipping into the greater Realms at large while mostly skipping over the rest of Toril.

What’s the difference? One of scale, with the Forgotten Realms being the setting itself, Faerun being the continent that most adventures take place within, and Toril - or “Abeir-Toril” if you’re a Boomer - being the planet.

The Realms opened to their first adventures in 1967, though in a different form than its current iteration. The original Forgotten Realms was crafted by library clerk and wizard Ed Greenwood as a setting for stories that he wrote at the age of 8. It wouldn’t be until 1975 that Toril would welcome its first adventuring party, when Greenwood introduced the world as the setting for his Dungeons and Dragons games.

If that is not the beard of a wizard, I do not know what is.
Photo credit: John LaSala under Creative Commons-Share Alike, Source

In the following 33 years, Forgotten Realms has become undoubtedly - perhaps even controversially - the most famous and popular setting in Dungeon and Dragons’ portfolio. While the setting was only really officially adopted as the default by Wizards of the Coast in fifth edition, it has been the favoured place of adventure for many players since the release of Baldur’s Gate for home computers in 1998.

With such a long, storied history, it’s no surprise that there are dungeons upon dungeons of lore to delve through.

So much lore, in fact, that you could literally drown in all the novels set within the world, and that’s without even getting into all of the video games, comic books, and upcoming card game sets.

Indeed, while the history of how the Forgotten Realms campaign setting was penned is fairly concise, the lore of the Realms themselves are endless - added to with new novels, video games, and each adventurer who steps in and leaves their footprints upon the fabric of the world.

But for all that history, and all those books, there is one part of Toril’s history that remains relatively obscure: Its origins.

For the first, we begin with a void, and a being.

Ao, as seen in Advanced Dungeons and Dragons #20: Dark of the Moon

Some claim that Ao emerged alone in the time before time, dwelling within the Phlogiston - that is to say, the swirling chaotic fluid that makes up the universe as we mere mortals know it. Harnessing its sheer energy, he weaved spheres of something more hospitable to life.

Within these spheres, he crafted all the planes of adventure that we know: the Material Plane, the Elemental Planes, various heavens, and hells, and even the “big circle that other planes sit-in”, also known as the Astral Plane or Sea. In one of these spheres, Ao built Realmspace - the solar system in which the world of Toril exists.

Oh, and the 5.15 billion kilometer crystal shell that encompasses it.

Because that’s a thing.

The other story of the creation of the Realms has Ao’s work to be more limited in scale. In this second retelling of Toril’s creation myth, Ao constructed only the one sphere that contains Realmspace - the solar system in which the world of Toril exists.

With the sphere containing realmspace built, a period of timeless nothingness followed. In this empty era, there was no Toril, no worlds to explore, no creatures to fight, no treasure to find. There was only a “misty realm of shadows” before even dark and light had become separate entities.

From this mist were born twin goddesses, one light, and one dark: Selûne, and Shar.

Born into this empty sphere, the twin goddesses set about doing what gods usually do: namely, creating the heavens, the celestial bodies, and generally following in daddy Ao’s footsteps. 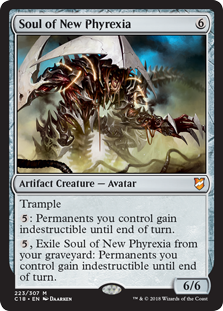 Toril’s soul is a lot friendlier.

In creating the world of Toril, Selûne and Shar also birthed Chauntea, the living embodiment of the planet. On one side Toril was illuminated in the light of Selûne, on the other draped in the darkness of Shar. Yet Chauntea felt no warmth, for neither fire nor heat yet existed in this new realm. In the cold of the newly created heavens, Chauntea asked for something to warm herself.

With one simple request, the first inhabitant of the Forgotten Realms sparked the first war…

But that is a tale for another day.

And what of the twin tales of how the world was born? Which of them is true? Well, while Ao is certainly an overgod, there is some debate as to whether he is the overgod. In fact, other greater beings that rule over their own domains like the Supreme Bureaucrat of the Celestial Bureaucracy may be among his colleagues.

In addition, there is an unknown “Luminous Being” that Ao reports to - though this may just be Ed Greenwood himself, being the true creator of the Forgotten Realms after all.

But given all these factors, it seems like the less involved of the two theories is more likely to be the correct one. Ao may not be a singular, omnipotent creator but instead merely the creator of the solar system that is Realmspace.

That said, the true origins of the universe are known to no one but the true power over the Forgotten Realms: the Dungeon Master.

And if you want to adventure in - or rule over - the Forgotten Realms, you can find everything you need to get started in the Sword Coast Adventurer’s Guide, available at the Wizard’s Tower.