Card of the Day - Field of Ruin

In a block absolutely filled to the brim with cards that have utility in formats outside of Standard, it's rare to see a land with a lot of utility fly under the radar. Especially when it's a slightly underpowered version of a card that just rotated out. One that serves as possibly one of the most useful nonbasics in the game.

Today's card is beautiful for a few reasons. It can be used creatively, and one of its more creative uses doesn't see enough play in Commander or Modern. Honestly, it could even see a lot of play in Standard depending on how much the meta uses mechanics like Scry.

One of the main reasons I love it so much is that it still surprises a lot of players online, and I love that initial wow factor. Of course, the card I'm talking about today is... 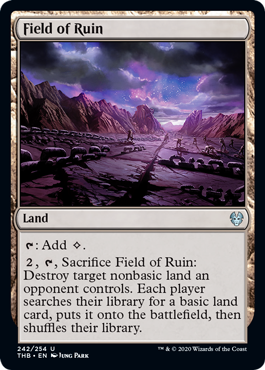 Field of Ruin is fairly simple in appearance: you can either tap it for uncoloured mana, or sacrifice it to destroy a target nonbasic land. The latter ability also makes everyone tutor out a basic land and then shuffle their library. Sounds fairly balanced when you consider the latter effect comes at the cost of two mana, but that's only when you consider its potential in Limited and Standard. Things get kind of bonkers when you think of it in Commander, Modern, and others.

When you look at everything that goes in this slot, there's honestly not a lot of options, and that's even if you consider everything available in the game. 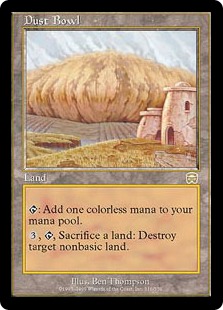 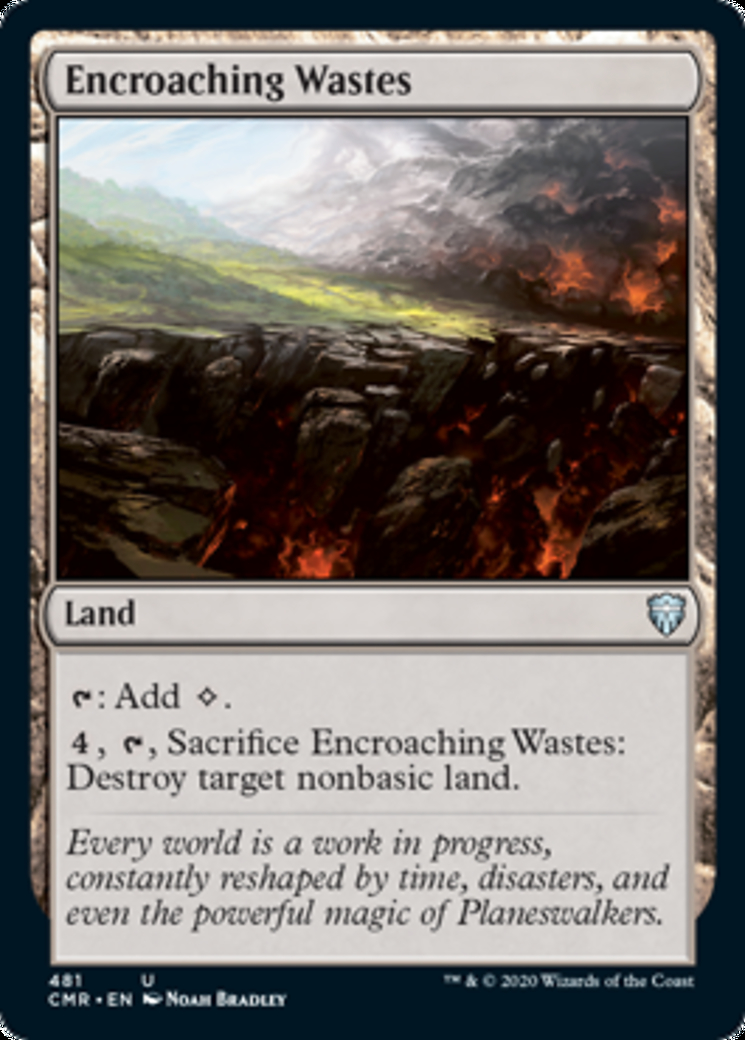 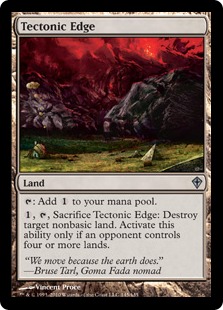 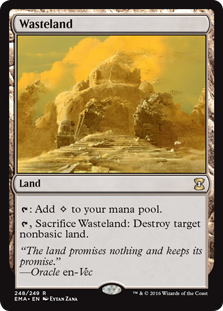 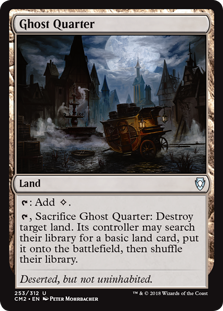 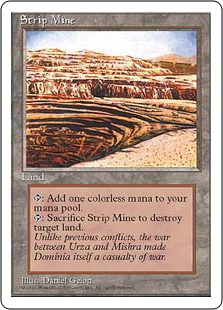 Between all of them, the only directly similar card is Ghost Quarter, but there's a certain problem when you look at them side by side, one that's why I believe Field of Ruin is the strongest card in this slot.

Now, you're probably thinking, "Kenny, Ghost Quarter is obviously better. It gets you to smacking down that nonbasic land without spending any mana." And to that end, you're right. However, read the secondary effect again. The controller of said land may tutor out their land.

You might think this is kind of a stupid thing to focus on, but this is where I think Field of Ruin is overlooked: it forces the land tutor and, in effect, the deck shuffle.

Why is that useful? Well, think about whether or not you're facing a deck that has a balanced tutor or filter system in it, one where your opponent can either guarantee or at least improve their top deck.

Wouldn't you like to stick it to them by forcing them to shuffle their deck? That's exactly what this is good for. Not only that, but if you're using this right you may be starving them of mana fixing, by eliminating something like Aether Hub, or by outright eliminating one of their colours in the case of any of the check, shock, or pain lands. You could also save yourself the game and destroy something like Urborg, Tomb of Yawgmoth, or possibly eliminate your opponent's mana advantage if you destroy an enchanted land. 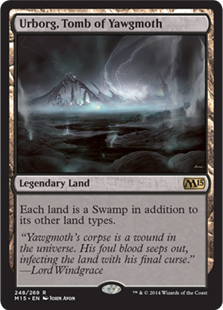 Consider this, if you will - someone just used an Enlightened Tutor or, worse yet, a Vampiric Tutor and you can only assume that, in the mid game, they're pulling out a win condition. If you've already got Field of Ruin out, you can instantly make their guaranteed win condition uncertain and you've drawn out their tutor, in addition to draining their life in the latter example.

Think about being able to do that and destroy something like Gaea's Cradle for a scant two mana! Given that the fact that Field of Ruin taps for uncoloured mana, there is literally no reason this shouldn't be seen as a staple in a great number of decks.

While this card won't see a lot of play in Standard, it's still pretty effective in protecting yourself against things like Scavenger Grounds and pretty much any flip land the Ixalan block has to offer. In most non-Commander decks, I don't see why you wouldn't at least mainboard two, and even if you wouldn't this card definitely needs a spot in your sideboard. In Commander, you definitely need to include this card.