Going for the Gold: Acquiring Currency in London

I've taken some time off to reflect on my Magic results, but now we are back to our regularly scheduled programming...

If you're a long time reader of this column, you already know what I've been up to. The week before the Pro Tour always hosts a Limited Grand Prix nearby which piques my interest. This time was no different, and after having done over 100+ leagues of Rivals of Ixalan sealed on Magic Online with players including Jake Mondello, Gerard Fabiano, Sam Rolph, and Rob Anderson, I was ready for the Grand Prix.

Luckily for me, the Grand Prix was taking place in London, England (my hometown). I took this as a great opportunity to visit family that I haven't seen since my last visit in November. 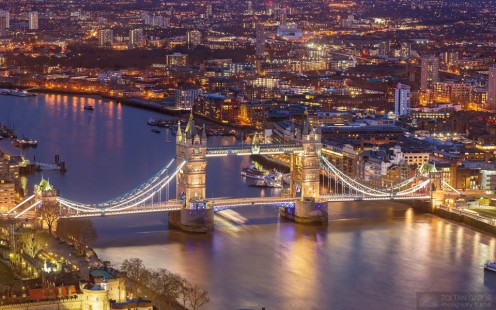 We had a running joke in our testing group that we all wanted to "acquire currency", a roundabout way of saying winning matches. That's the PG version that I'm allowed to write about at least 😉

It's crazy how fast a week flies by, and before I knew it I was sitting down and registering my pool with the other players who had two or more byes so that I could get a round of practicing in.

Unfortunately, the player I sat across from decided to unalphabetize my pool (even though it came in order) and made it very difficult for me to complete the deck building process in time. I called a Judge, but was informed that there was nothing they could do.

My final deck was a mishmash of Selesnya splashing red for Reckless Rage and Bombard. I did have some big beefy creatures, which is what you want in the Sealed format (two Colossal Dreadmaw and a Carnage Tyrant), but I didn't have the staying power of most Sealed decks with just a Luminous Bonds and a Savage Stomp to go along with the aforementioned red cards. 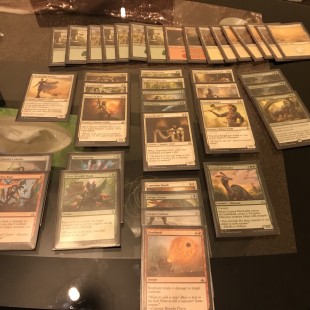 Despite this, I was able to start off 5-0 with three byes. That's one of the amazing facets of this game. You will face many opponents who have amazing decks, but your playskill can make up for a lot of the ground that your cards are missing.

The first four rounds of the tournament were incredibly frustrating as each opponent had, at minimum, a Tetzimoc, Primal Death and a Ravenous Chupacabra. For those of you who've been paying attention, those are two of the most unfair cards in the format. I was only winning in spots when my opponents were playing sloppily or greedily.

After losing both rounds six and seven, I was able to win my win-and-in feature match in round eight against a relatively inexperienced Grand Prix player. A couple misblocks on their part made it easy for me to steal the win through multiple Ravenous Chupacabras. My round nine opponent didn't do much except cast Ravenous Chupacabra (AGAIN!?!) and I was off to the Draft rounds with a 7-2 record.

My first pod on Day 2 was very soft and I was hoping to get out of it with a 3-0 record to leave me in contention for Top 8. My preferred Draft strategy going in was the UR Treasure deck, which allowed you to splash the best cards that get passed to you. But as usual, things didn't happen as planned.

I took Needletooth Raptor over a strong Merfolk rare in pack one, since I've found that the Merfolk fail rate was so high. I would come to regret this since I saw five copies of Silvergill Adept and other strong Merfolk cards in the first two packs. Instead I was able to get strong red and black cards in the first pack. So when I got passed Tendershoot Dryad in pack two, I was able to slot it in my deck. I also saw a few other cards that I wanted to splash, and I got enough fixing to help me do it all!

After the end of registration, here are the 40 cards I put together: 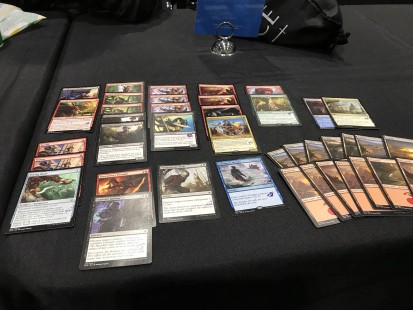 I was excited to play with this since I'd won a couple trophies on MTGO while adhering to similar plans.

That quickly changed after round 10. I drew three spells each game and all of a sudden I was desperate to finish 2-1. What made it worse was that my opponent chose to criticize the cards I played, and told me that if I wanted to do well in the tournament I shouldn't be playing Brazen Freebooter.

Now I don't really care about losing to players who got lucky against me, but I take offense when someone who clearly doesn't know what they're talking about is trying to give me advice. I just said, "Thanks for the tips, but I'd focus on your own matches," before walking away.

Thankfully, my deck showed up for the remainder of the matches and I managed to salvage the Draft with a 2-1 record.

I finished my match in Round 12 quickly, and was talking with James Stevenson and Edgar Magalhaes a few tables away from the main event. There was an acoustic problem in the convention centre and we did not hear when the second Draft was about to fire. I literally jumped out of my seat and ran toward the main event when I realized that everyone was sitting down, and as I got closer I heard:

The head Judge was able to show me to my seat just in time, but had to turn away James (9-3) and Edgar (8-4) who were automatically dropped from the event.

I opened another Merfolk rare (Kumena, Tyrant of Orazca) in a very lacklustre pack and took it over the next best card, which was not even memorable. I followed it up with two copies of Junglehorn Pioneer and then I just ended up with a trashy UG deck that splashed a few colours for Luminous Bonds and Dark Nourishment. I was horrified considering that each round was worth a pro point and I had a pile of medium cards. I didn't take a picture of my deck because I wanted to forget it as soon as possible.

Luckily, I was able to steal a win in the Draft, finishing 1-2. It was more than I expected from the deck, and I got a pro point for my trouble. I should have stuck with my guns and just avoided Merfolk like in all my practice drafts, but the first Draft had made me think that I could have possibly been wrong.

Tune in next week to hear about my Pro Tour and GP Toronto.

Until then have a great weekend,