Going for the Gold: How Mistakes Make You Better

This week I’d like to talk about making mistakes in Magic. Make no mistake, making mistakes can be some of the most painful experiences in the game. Especially when you realize that your “punt” cost you the match.

Since the perfect Magic player hasn't been born yet, we’re all guilty of making mistakes. I’ve sat on numerous planes thinking about mistakes I’ve made on the long road home after a tournament.

The reality is that all you can really do is try to learn from them, not wallow in them. Human beings will do more to avoid pain than gain pleasure, and when you feel such a negative experience you will do anything in your power to make sure you don’t feel that way again.

Hell, look at Mike Sigrist’s blunder from the Top 8 of the last Pro Tour when he mistakenly assigned his Longtusk Cub as having summoning sickness so he didn’t attack. As someone on the outside who was not privy to his inner workings or the pressure, it's easy to not give him credit. However, we all know Siggy is still one of the best players in the game right now.

But despite all the positive comments that he received, I guarantee not one of these would make him feel better about the negative emotional experience he felt. This is something that some people have a tough time understanding about others.

Here are three of the biggest mistakes I’ve made in my career and what I learned from them. 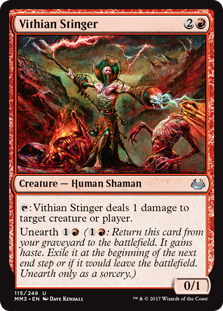 When I was an up and coming grinder in Ontario, Canada, we used to have these super large Pro Tour Qualifier events that fed the eventual winner into the next Pro Tour. I would play 6-10 PTQs a season and while they started off as 30-40 player events, they would ultimately become ~300-400 player events before being replaced by the much better Regional PTQ system.

I was playing one of these so called PTQs in Kitchener against a local in the final game of our match. I had rushed the end of my opponent’s turn and forgot to tap my Vithian Stinger to deal a damage to him. The game would end up being immensely close and every line I could take would leave him at one life. This was a win and in, and would have been my third PTQ Top 8.

Saying I was frustrated with myself was an understatement. From that point forward, I have always made a point to keep reciting to myself what my end of turn plays will be. I may not be the best Magic player in the world, but just try and catch me missing an end step activation, it’s just not going to happen!

The last stop of GPs in the 2015-2016 season was GP Montreal with the full Shadows block limited experience. I had spent countless nights preparing by drafting and building sealed pools. At the actual event, I must have received somewhere around seven playable cards and was promptly out of the tournament before you could spell GET REKT.

Thankfully, I had another shot to redeem myself in a Qualifier for the Super Sunday Series. I opened a medium pool which and made the Top 8, where I was able to get the 3-0 and the invite.

The tournament itself took place in Seattle. After an unimpressive 1-1-1 in Kaladesh booster draft, I was able to start off Modern 3-0 and play a win and in. I was playing the U/R Spells deck (not to be confused with Storm) against Lantern Control. I got my opponent to one life and they topdecked Ensnaring Bridge and put it into play. I asked them how many cards in their hand and they said one. At that moment, my brain told me that the card didn’t matter and that is dangerous thinking.

I immediately untapped and confidently looked at my two 1-power prowess creatures, then drew Serum Vision. I totally brainfarted here because I forgot my opponent had Ensnaring Bridge out and cast Serum Visions. My opponent smiled and I realized I just cost myself the game when I was unable to draw a Lightning Bolt to finish him off before being locked out.

Ever since that incident, I try to write myself reminders on my lifepad on what to keep aware of so that I don’t go on auto-pilot. 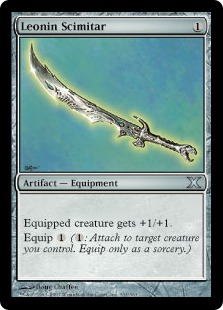 Long before I was a live player, I dominated the online circuits as a member of DRAGONQUEST. I used to play and take down multiple premier events on a nightly basis.

I remember one of the earliest premier events where I had a really commanding position to make the Top 8. I had a Leonin Scimitar on my Skyhunter Cub. My opponent had to chump with their two power flier and I decided to equip the Scimitar post combat to another creature.

Suddenly my Skyhunter Cub went to the bin and I realized that I just threw away my only evasion creature (since it had lethal damage on it). I ended up losing a few turns later. This lesson was more applicable to that block, but whenever I do something that would alter my creature’s stats, I double check to make sure no creature would instantly die due to existing damage.

As you can see from the above, mistakes are just a natural part of our evolution in this game. So next time you make a mistake, yes be hard on yourself, but also take the right steps so that you don’t repeat them! Until next week, Sammy T