How Wizards Saved My Prerelease

How Wizards Saved My Prerelease...
...and a look at my draft weekend!

Hey there MTGCanada readers!
Ravnica Allegiance is fresh on the shelves and has been an absolute blast right from the midnight Prerelease. I wanted to look back at my first shot at Ravnica Allegiance Limited, my decks, and do a little story-telling along the way.

As someone who isn't particularly comfortable with Limited formats, I wasn't really looking forward to Prerelease. I'm a die-hard, try-hard so I'm usually there, but it's really not my cup of tea. The cards, the friends, the early access, the atmosphere... those are why I go. Not because I think I'm any good at it.

It's a toss up with every new set whether I enjoy myself at Prelease, but for some reason this time around I really enjoyed how the cards are designed. I think Riot is a fine mechanic and there are lots of really interesting ways for decks to take shape: Guildgate decks, Mill decks, solid Aggro decks. All of them feel relatively powerful. 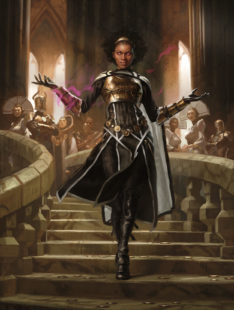 Before I get into my deck-building shenanigans for draft weekend, I wanted to comment on how Wizards saved my Prerelease. Like I stated earlier, as a die-hard I'm usually at the midnight events. Usually the whole gauntlet of Prerelease events is my early training ground. However, this time around we had terrible weather.

In my hometown of Stoney Creek, just outside Hamilton, the snow came down so quickly and heavily that public transportation was completely unreliable. Midnight Prerelease was fine but Saturday I needed a break for a change. I had been playing a lot and had some other things to attend to. That was already out of the ordinary; missing a full day of sanctioned Magic in the area.

Then the storm came. I ordered pizza that night. When it arrived, I hadn't looked outside my basement apartment all day. I guess you could say the Arena grind took hold of me. When I opened the door for my pizza delivery, the delivery person was knee deep in snow and told me jokingly that they had ploughed half of my driveway for me. 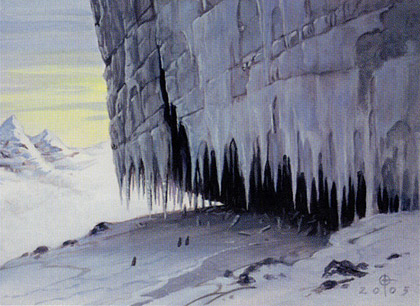 Long story short, the next day I went out to the bus stop nice and early to get to Prerelease and the bus was an hour late. WOMP WOMP. So, I went back inside - AND REMEMBERED I HAD A CODE FOR A FREE LIMITED PLAY ON ARENA!

Winning! All I wanted on Prerelease weekend was to get some insight into what Standard would look like, feel out some of the cards, learn about them and actually get to play with them a few times. I think it's fantastic that you get a code for a free Limited ticket on Arena in every Prerelease box you get in person. It was an especially nice touch given the poor circumstances of my weekend.

Unfortunately I took apart my midnight Prerelease deck for the sleeves for the four-pack draft event. I was happy with the build, and in all honesty, this slightly resembles it. A Jund deck where I got passed an all-too-late Ethereal Absolution and had to scramble to figure out how to do it because I'm bad at mana bases. That was a 3-1 deck, this one is a 2-1 deck.

I'm convinced that I did a bunch of things wrong here, but focusing on the positives is good practice. As long as we can identify the negative for future reparation, all is good. One of the things I did CORRECTLY though, is identified a "splash-no-matter-what" card. I heard a couple people talk about a good enchantment and didn't do my homework in advance this time around, but DANG! This card is good. Not Tetzimoc, Primal Death good, but pretty darn close. Nearly impossible to beat if played well.

My games ended up being two lines of creatures staring at each other and not attacking until I drew my Ethereal Absolution, which I was fortunate to find early enough each time. Kaya, Orzhov Usurper was actively bad here, but it was kind of fun to play with. I didn't have any particularly great ways to break a board stall. My plan became Theatre the opponent out, or draw Spear Spewers. Seems loose.

I don't think the mana base was a total train-wreck actually, and I'm almost certain that my attention to picking guildgates was a good idea. I figured, before the draft, four packs means that more gates are opened and passed, which mean gate decks are probably better and easier to build. Unless someone else thinks the exact same thing, that is. Then we compete and both have completely sub-par decks. 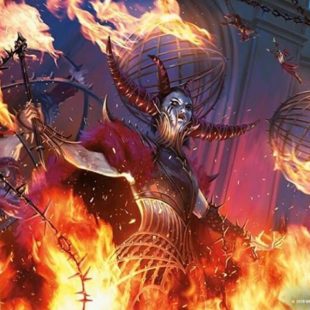 Theatre of Horrors was another amazing card and always seemed to help me wiggle out of tough situations. The later the game went, the easier it was to hit my land drops because I could activate Theatre of Horror’s ability to ping the opponent, then play a land exiled by it on a previous turn. It turns out sand-bagging what’s basically a second hand is no joke. I honestly think this might be BY FAR the best version of this type of card we've ever seen. Even better than Outpost Siege, Vance's Blasting Cannons, and the like.

My experience for the first time with four-pack draft was a positive one, yet it still doesn't change my mind about limited. I can't stand it. That being said, something in the formula must be right here because I'm actually enjoying it!

Thanks for stopping by and good luck with Ravnica Allegiance unleashed!

If you'd like to follow me and my M:tG a little more closely, come check me out at @GoblinCredible.
Until next time!