Welcome back to Possibility Storm, the weekly MTG puzzle series available exclusively through MTGCanada and PossibilityStorm.com. 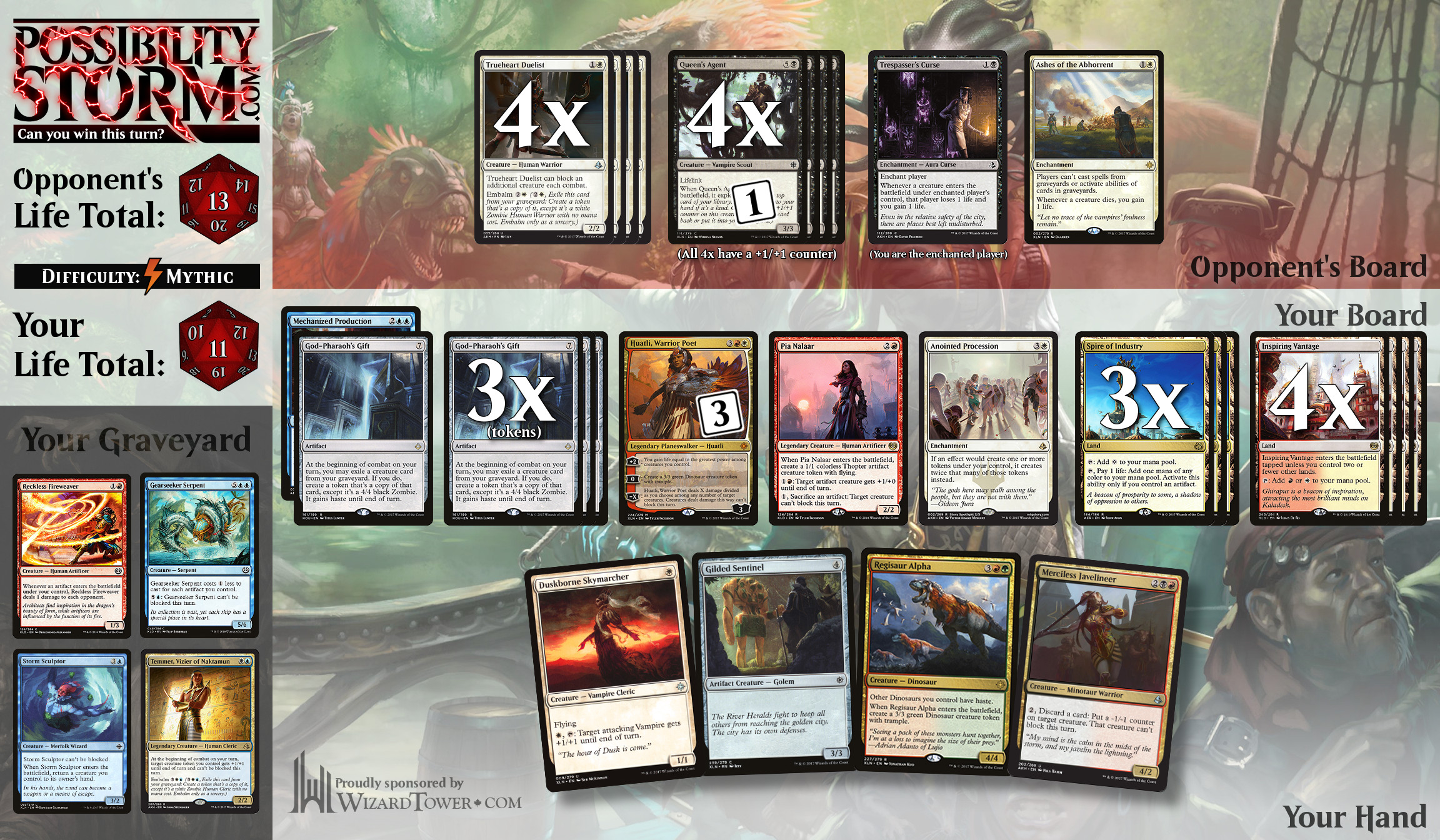 Does something need clarification? Check out the official Rules and Assumptions to see if your answer lies within.

How did you do? Tune in again next Monday for the next puzzle in this series.

Want to puzzle for prizes?

Possibility Storm Patrons get some extra perks like prize draws and early puzzle access. Competitive Patrons also submit answers, earn points on our seasonal leaderboard, and take home so sweet prizes for finishing in top spots! Take a peek and see if it's for you. We appreciate both your engagement and your support.