You know, I’ve been talking a lot about dragons lately. 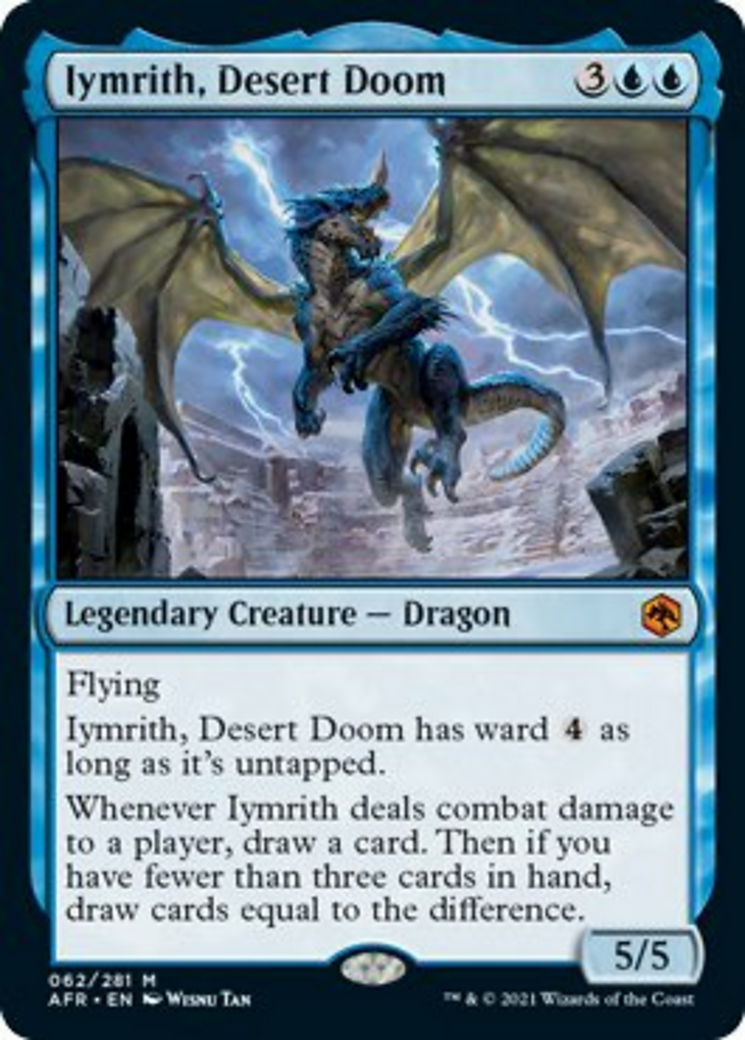 I wrote the Iymrith, Desert Doom article how long ago?
August? That's a lot of dragon time.

So how about we change it up and talk about someone who talks about dragons?

Welcome to Lore-Win, the Dungeons and Dragons lore series. I, as always, am your humble Loremaster, Sokar. Today we’ll need to pack our bags and ship out, across the blind eternities, astral sea, or whatever other name you may use to refer to the void between worlds, and take a look into the world of Krynn. Otherwise known as the Dragon Lance setting.

With the release of a new book, comes another figure from Dungeons and Dragons history. Just as Mordenkainen and Tasha returned from Greyhawk, so too does Fizban the Fabulous return from Dragonlance.

But just who is this “Fizban the Fabulous”, you may ask. And what is his role within Dragonlance?

Well, that's an interesting question with a complex answer. While at first, he may seem like a befuddled old mage with a penchant for getting his party almost killed, there's more to him than meets the eye. Much more. But before we get into that, a short description of the Dragonlance setting may be in order.

You may note that our topic today takes us on a trek beyond those realms which we have previously explored. Indeed, to date, we have not touched Dragonlance, and it is in fact quite likely the Dungeons and Dragons setting that I have the least experience with.

In the real world, Dragonlance is the result of Laura and Tracy Hickman and Margarent Weis. In the early 1980s, Laura and Tracy were traveling across the United States to take a job at then-published Dungeons and Dragons, TSR Inc. During the car ride, they worked on a setting that became the foundation of Dragonlance. At TSR, Tracy met his future writing partner, Margaret.

Tracy and Margaret later gathered a group of associates to run their own game in the setting the Hickmans had developed. These campaigns led to the writing and publication of a series of novels and adventure modules, which led to the inclusion of Dragonlance into the D&D canon.

In universe, the world of Krynn was created by Reorx, the divine power of creation.

In Dragonlance, Reorx serves as the supreme god of the dwarves. Under the direction of the High God, Reorx took his hammer and forged the stars, Krynn, and the souls of mortals into existence.

The material he used for this was Chaos. In Dragonlance, the High God represents the forces of law, order, and creation. It was the High God who brought the other gods into existence, and created the universe. Chaos, on the other hand, represents the forces of chaos, disorder, and destruction. Some theologians in Krynn believe that Chaos is even the manifestation of the void itself.

In Dragonlance, the great pendulum swings between good and evil over the ages. Gods aligned to each side of the karmic scale war endlessly, and of those gods two are of particular note to topics of a draconic nature.

On one side of the draconic scale, you have Paladine.

Paladine, the god of majesty, is the patron deity of the gods of Good. He was one of the creators of dragons upon Krynn after he was called from the Beyond by the High God. He crafted the first five along with the goddess, Takhisis, who we will get to in a moment. These first five dragons were corrupted, however, and became the evil chromatic dragons.

A red dragon in Krynn. Nice to see the more things change, the more they stay the same.
Source: Dragonlance Campaign Setting (D&D 3.5)

After mourning their loss, Paladine worked with Reorx in order to forge new dragons. Dragons of good who would aid the mortals of Krynn in fighting evil. Metallic dragons.

Takhisis, on the other end of the scale, is his opposite. She is the god of control, and evil. It was she that corrupted the original five dragons, creating the chromatic dragons.

Much like a certain other evil, draconic goddess, she sometimes takes the form of a five-headed dragon. Each of these heads is naturally a different colour. Specifically: red, green, blue, black, and white.

So, where does Fizban fit into the matter?

What? Can't you see it?
Source: Dragonlance Campaign Setting (D&D 3.5)

Put a little more complicated, we have to return to the start of Krynn. When the world was just born, freshly forged by Reorx’s hammer from Chaos. When the High God called forth the other gods from the Beyond, they split into three camps.

Led by Paladine, the gods of Good believed that they should nurture the mortals created by Reorx and the High God. These freshly crafted souls should be cared for and brought down the path of righteousness. This way, they could have dominion of the universe shared with them.

The gods of Evil, led by Takhisis, instead had a less benevolent plan for the newly created souls. They sought dominion over these spirits. In their mind, the spirits should be enslaved and serve them, forced to do the bidding of the gods.

Completing the triangle were the gods of Neutrality.

And as you might surmise, the gods of Neutrality believed that these spirits should be left alone. Their belief was that an equilibrium should be achieved where the spirits were free to follow their own path. Whether that path was good, evil, or neither was unimportant. The only thing that mattered was that they were free to follow it.

The gods continued to quarrel over the fate of the spirits, which soon turned to violence.

And so began the first war of Krynn, named the All-Saints War. Krynn’s newly summoned gods brought their all to bare against each other, with the forces of Neutrality and Good combining forces to fight against Evil. The fighting was destructive on a universal scale. It shattered order and brought the newly forged world closer to destruction.

From Beyond both Chaos and the High God watched. Chaos was delighted, as the order made from his destructive nature entered a cycle of turbulence and violence. The High God was less amused. He brought his children before him and forced a compromise in order to restore balance.

He allowed each of the godly camps to bestow one gift upon the spirits.

The gods of Good gave the spirits physical forms and life. They hoped that the spirits would use their gift to bring order and righteousness to the world. And thus the spirits became mortals.

The gods of Evil “gifted” the spirits with hunger and thirst and the need to work to sustain themselves. They hoped that the spirits would tire of their gift and turn to the gods for answers… at which point the Evil gods could subjugate them. And thus the spirits gained mortality.

Then, the gods molded Krynn into a home for the mortal beings. The High God decreed that each being would make their own way through life, and then death would come and the mortals would travel from Krynn to the next realm.

But while a compromise was struck to end the fighting, the damage of the All-Saints War left an impact on Paladine. He swore never again to take to the field himself again and instead chose to work through his worshipers.

For a time, Paladine’s worshipers led by example. They carried out good deeds, they helped the needy, and in general, acted as paragons of good fighting against the forces of evil. But, as those with power do, the hearts of his worshipers became corrupted by ambition.

Paladine tried to fight against the rot in his church. He even cut off those worshipers who had become corrupt from divine spells. But it was to no avail, and they used worldly power instead to further their control over the land.

The end result of this was The Cataclysm. As you might expect from the name, thousands died and many mortals had trouble reconciling how Paladine, a god of good, had allowed it to happen.

His church was responsible, after all.

The mortals turned against the gods and blamed them for their hardship. Soon, the gods of Good left the region, and believed that if mortals were to return to them, they would have to do it of their own accord.

And one day, exactly that happened.

Working Through A Proxy

Which is where the doddering mage, Fizban comes in.

A shepherd named Riverwind sought out the gods once more, an event that pleased Paladine. Another war ravaged the lands. Takhisis, who had been separated from Krynn, created a portal to enter the world. However, a component necessary to this portal was taken by a farmer named Berem Everman.

Takhisis sent her forces to find Berem, or “The Everman” as they called him. In order to prevent Paladine’s metallic dragons from entering the war, they also stole the eggs of the good-aligned dragons and corrupted them into a race of humanoid dragons known as draconians. During the war, they filled in the ranks of Takhisis's five dragon armies...

This war would become known as the War of the Lance. Or the “Fourth Dragon War”.

While Paladine long ago chose not to take to the field himself in the wars against evil, he worked through a proxy this time. Appearing as a mage named Fizban, he wandered the lands in mouse-coloured robes.

During his time wandering the lands, Paladine worked through the avatar form of Fizban to battle Takhisis’s forces. He joined with, and chose, a group of friends and adventurers known as the Companions to fight against the armies of evil.

At first, the Companions were unaware of Fizban’s true, godly nature. But as the war progressed and after Fizban miraculously revived from a heroic sacrifice, and guided the heroes against evil, the truth was eventually unveiled. Fizban the Fabulous was the avatar of Paladine, and the gods had never truly abandoned the mortals.

The War of the Lances is quite the tale, and not something fit to this article. But if you’ve ever wondered who the mysterious Fizban is, and where he came from, you now have an answer.

The subject of Dragonlance is still an alien one to me. It is a setting with dozens, if not hundreds, of entries that dates back to the first edition of AD&D.

And it is a setting I shall have to look into more… at a future date.

For now, if you’re looking for some advice on how to add more draconic matters to your game, the advice of a dragon god can’t hurt. So grab your copy of Fizban’s Treasury of Dragons at the Tower today!