May 5th, 2017. It was a dreary Friday morning. I had just touched down in Toronto and was on my way to meet Sammy (Samuel Tharmaratnam) for a week of testing for the Pro Tour bookended by Grand Prix. This being my first Pro Tour, I had no idea what to expect.

Sammy and I were going to head to Grand Prix Richmond to get a head start on some high end Amonkhet Limited, and focus on Standard when we got back. As I had played absolutely zero Amonkhet Limited, I expected this to be quite the challenge. Turns out Sammy had a fantastic handle on the format. On the 12 hour drive to Richmond he gave me a crash course on both Sealed and Draft, which I was able to turn into a respectable 7-2 Sealed and 5-1 Draft record.


Highlights from Grand Prix Richmond:
- Me being at softer draft pods than Sammy, even though my record was better.
- Having my opponent crack an Evolving Wilds into my Aven Mindcensor and missing.
- Having a 12-3 record and finishing 37th on tie breakers.
- Filming the video in Sammy's article on Amonkhet Sealed in nothing but my boxers while he was trying to keep a straight face.

After the main event finished around 6:30 pm, Sammy and I made the long drive back to Toronto. Two Redbulls and a sweet BMW ride later, we were home around 5 am and up at 9 am to get started on our week of testing for Nashville. Our team consisted of Sammy, Rob Lombardi, Vidi Wijaya, Derek Pite, Willima Blondon and myself. Honorable mention to the American guys that broke off and worked by themselves.

Going in, I expected us to be jamming hundreds of games per day, sitting in a cramped room all together, trying to break the format. That did not happen.

Most of our week was Sammy and I playing drafts on Magic Online and theory crafting. Sure, we played the Mardu Vehicles VS U/R Control match up while Rob and Derek brewed, but I swear most of our work was done in Sammy's head. He visualized and broke down match ups. Thought about cards. Thought about where everyone else was going to be heading in to the event. In the end we really just talked a lot about Magic together. The real work came down the day we landed in Nashville.

I left Toronto first and met Vidi at the airport in Nashville. Now, I'd never actually met Vidi before but I knew of him from my time as a competitive VS player. In fact, he was widely considered the best player in the game, so I was thrilled to not only meet him, but actually be able to talk to someone who knew something about the random dead card game I loved. At this point in testing our team was on Esper Aggro with Mardu and Marvel in our back pockets. While Vidi and I waited at the airport for Sammy we went to the cafeteria, where they were playing live country music... of course, and started jamming games. By the time Sammy arrived, we confirmed the Esper deck's mana base was terrible and we needed to land on something else. 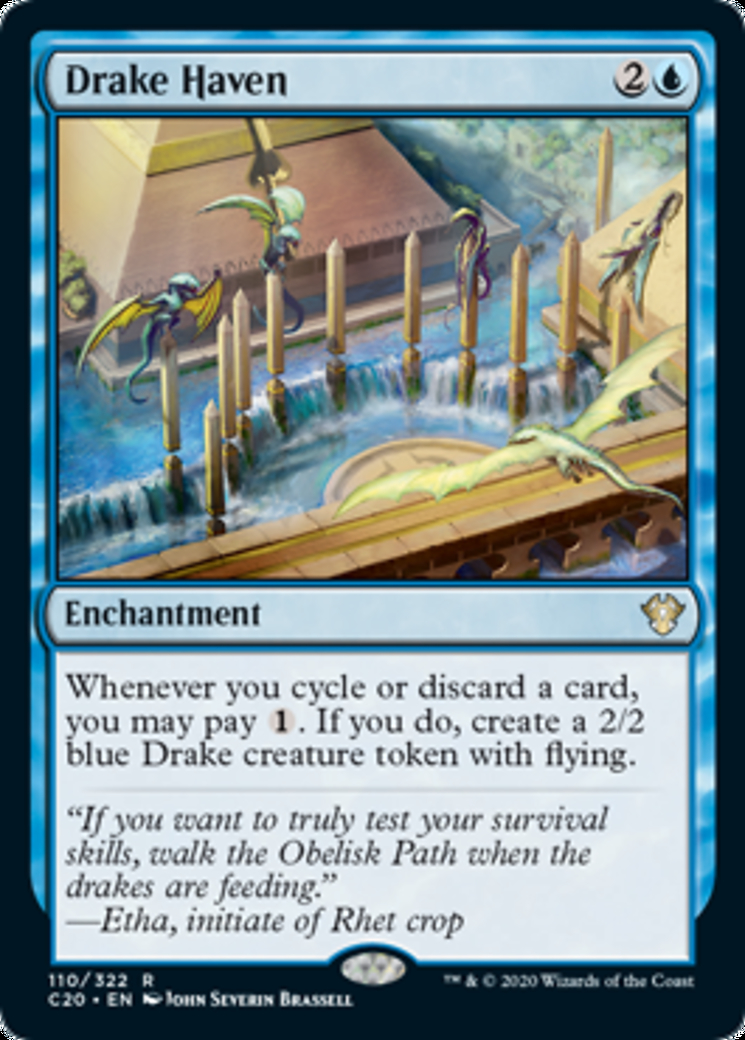 The first place we landed was the Drake Motel. No not Drake Haven. This beautiful locale.

This was supposed to be our hotel for the weekend. As we walked up, we watched a middle aged woman beat up a 20-something man and were greeted by a receptionist who was cackling as we stepped through the door. In the end, we made a last minute change out of the Ghetto and into a beautiful hotel that Rob was staying in. Clearly our best choice of the week.

Back to deck choice. Once we were settled in our new hotel, we met Rob and Derek and tore through all of our options. Between 4 pm when the venue opened and the 11 pm deadline for submission we went from Mardu Vehicles to Temur Marvel to Zombies to Sultai Marvel and so forth. In the midst of this chaos we collectively needed cards and decided to head out for the vendors at the venue. Upon our arrival we met up with William Blondon and all purchased essentially every remaining card we'd need for every deck in Standard. Anything from Bounty of the Luxa to Relentless Dead.

While I was trying to sort through the mess of cards I had just bought, Sammy sat down across from me and said, "This is where I think we should be for this Pro Tour," and showed me this decklist:

I know right? That was my response too.

"...Really Sammy? Why?" was all I could muster. In the end he convinced us all to try it, and outside of Rob's constant mispronouncing of Bristling Hydra as "Bristling Dragon", things actually went pretty well. The deck had a strong match up against Mardu and Zombies, and had what was essentially a coin flip against Marvel. We would also have the element of surprise on our side, but we'll get into that later.

Delicious tacos were eaten. More games were jammed. Sammy piled garbage behind a couch in the corner of our hotel room, but again more on that later. The 11 pm deadline came and went. This was our team's deck for the Pro tour. A team we affectionately nicknamed Team UR Dragons (Say it out loud and pronounce UR "er").

7 am hit before I knew it. Somehow we all managed a good night's sleep and worked out a sideboard plan over coffee the next morning. By the time 9 am rolled around, I was actually comfortable with our prep and was ready for my first Pro Tour draft:

Things could have been worse. I would have loved more two drops, but I felt like I drafted my seat well. I was rewarded with a late Cast Out in pack two, but there just wasn't a high card quality at my end of the table. That being said I 1-2'd with this deck.

I won my first round against a player who made a bad attack, and when I untapped and attacked him for lethal he called a judge and asked to take back his attack... at the Pro Tour... Yup. That happened.

All things being equal I probably could have won round two, but I didn't sandbag a Cast Out for my opponent's Sandwurm Convergence and lost an otherwise very winnable game three. In round three my opponent went turn three Mouth // Feed, turn four second copy of Mouth // Feed, turn five Liliana's Mastery, and turn six Liliana, Death's Majesty. Game two I mulled to five, he crushed me then said "I still had all these!" Showing me all of his bomb rares still in his hand.

Once again, I swear I'm at the Pro tour and not FNM.

Like I mentioned earlier, the bulk of Sammy and my testing was in Limited. So to start off 1-2 wasn't the way I had planned. Now to go into Standard with a rogue deck at 1-2 was not exactly what I had hoped for. That being said, I had set a number of scaling goals for myself before the event. If I achieved one I would aim for the next. They were:
1. Win a round
2. Make day 2 at 4-4
3. Make day 2 a 5-3 or better
4. Finish 9-7 for a pro point
5. Finish 11-5 for a plane ticket to Kyoto

I crushed him. I played turn three Hydra, turn four Dragon, turn five Elder Deep Fiend both games. All I kept thinking was, "Man, if I can draw like this all day I'll never lose a match!" and that's what happened. I drew really well and went 5-0 in Standard! At the end of the day Brian David Marshall was asking me about my Pro Tour and set up a feature including me that will air on the wizard's website sometime this week as well as this epic tweet:

Not bad for my first Pro Tour.

To give you a quick summary of the remainder of my matches:

Round 5: Mardu Vehicles. My opponent tapped out for Gideon, Ally of Zendikar on turn four both games. I untapped and slammed a Glorybringer. He never found a way to stabilize.
Round 6: Mardu Vehicles. I have a Rogue Refiner and four untapped lands. My opponent Attacks me with a Gideon, Ally of Zendikar and Scrapheap Scrounger. Before blocks he casts Unlicensed Disintegration targeting my Rogue Refiner. I respond by surprising him with an emerged Elder Deep-Fiend tapping his lands, and Thraben Inspector, blocking his Knight Ally, untapping, and killing his Gideon and playing a Bristling Hydra. See? Told you there was an element of surprise. Game two he gets killed by a lone Bristling Hydra and a Negate for his Gideon.
Round 7: Sultai Marvel. Game one he misses on his turn four Ulamog, the Ceaseless Hunger and I run him over with Dragons. Game two grinds me out with a few Ishkanah, Grafwidows. Game three I ultimate a Chandra, Torch of Defiance and burn him out with a top decked spell when I was facing lethal on board.
Round 8: Sultai Marvel. He turn four Ulamog's me game one. I cast running Elder Deep Fiends game two. Game three he gets stuck on four lands with no Marvel, and I only cast two creatures all game. Fortunately for me they're turn eight and turn nine Elder deep fiends and he dies.

Going into day two Sammy, Vidi and Rob were 4-4. Derek and I were 6-2, and William Blondon missed. We had a pretty solid conversion rate but opposite results. I 5-0'd standard while Rob 1-4'd. Meanwhile, I 1-2'd draft while he 3-0'd. As we joked for the rest of the weekend, if you combine the two of us we'd be a decent, if not good, Magic player.

That all being said, I could provide my initial thoughts on the deck but Sammy wrote a fantastic article Sammy's Temur dragons article that you should all check out. How did I do on day two you ask? What about Sammy's garbage and the hotel room? GP Montreal? Well you'll have to check out day two of this article to find out! (Tomorrow. It'll be posted tomorrow.)