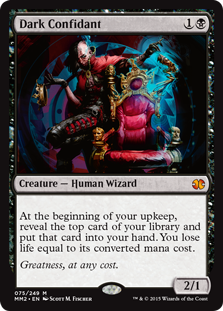 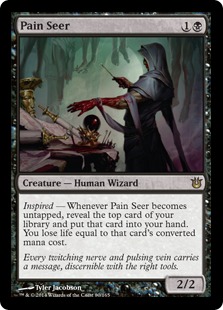 Dark Confidant is a well-known powerhouse in modern. Usually seen in Jund decks or white/black aggro lists, “Bob” has been converting life points into card advantage for many years. Born of the Gods introduced us to pain seer - the almost-second-coming of Bob. Same mana cost, same effect, even an extra point of toughness (take that Darkblast!), yet Pain Seer sits on the edge of the bulk rare bin while Dark Confidant is one of the most valuable cards in modern. What gives?

It turns out that little inspired keyword is a pretty massive drawback. Barring some kind of convoke shenanigans, pain seer triggers are conditional on the 2/2 both attacking and surviving, and barring some sort of haste the free cards will start rolling in a full turn later than dark confidant. While we know this effect at this mana cost on this body is excellent - is it possible to build a deck that mitigates that inspired drawback to the point that pain seer can be played with a straight face in modern?

The most obvious synergy of pairing Dark Confidant together with pain seer is that they impose the same essential deckbuilding constraint - a very strong commitment to 0 and 1 mana cards and a strong aversion to anything 3 mana or higher. Conveniently a deck that intends to draw 2-3 cards per turn wants those cards to have low mana costs, so this doesn’t really even register as a drawback.

Pain Seer introduces a more significant deckbuilding constraint - meeting the inspired requirement consistently. The most straightforward way to do this is to attack and survive, which simply means removing any blockers that would kill the pain seer. Enter the best 1 mana removal modern has to offer: 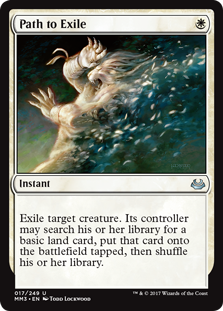 Inquisition of Kozilek (or Thoughtseize if you have absolutely no regard for your own life total) isn’t technically removal, but gets the job done more often than not. Speaking of our life total, a commitment to lightning bolt and path to exile conveniently puts us on another cheap removal spell that helps ease the pain of our wizards and fetchlands: 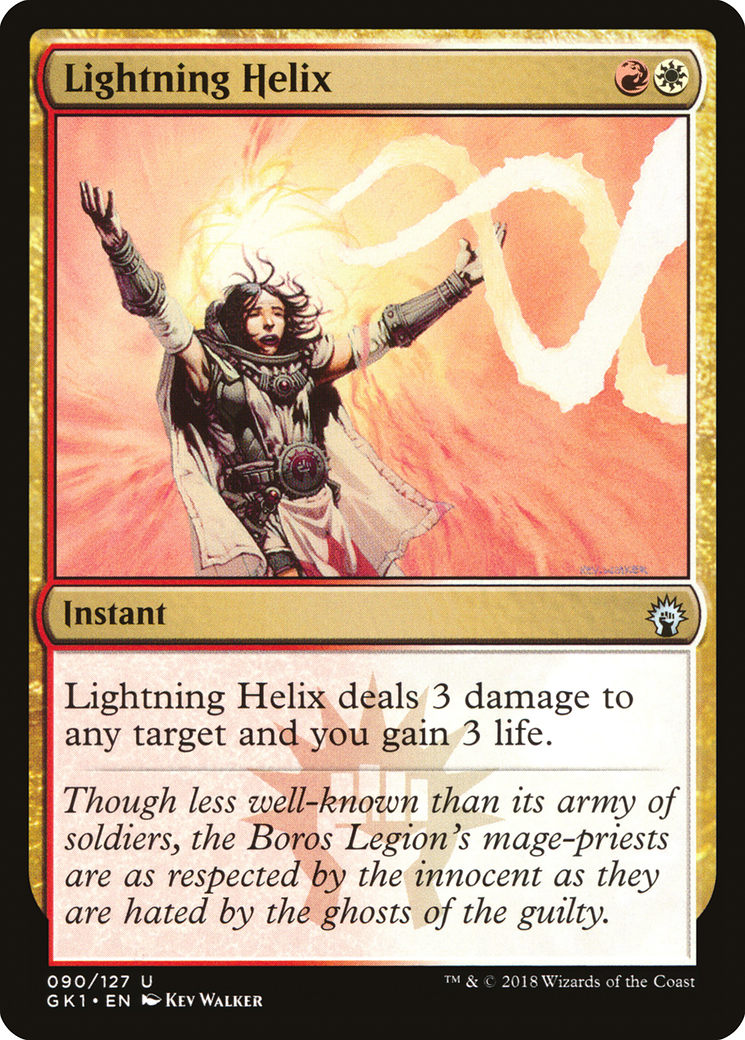 That’s four solid disruption spells, two of which also function as late game reach. With this many spells hitting our graveyard starting on turn 1, along with an inevitable playset of Arid Mesas and Marsh Flats, we pave the way for one of modern’s most underrated cards: 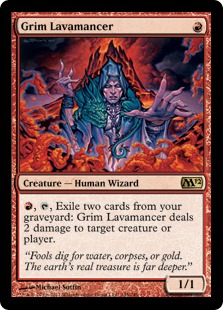 While its not Deathrite Shaman, this human wizard does major work. With our fetch and disruption its very realistic to have an active Lavamancer on turn 2, preventing the opponent from effectively laying down things like Scavenging Ooze, Dark Confidant, or Noble Hierarch until they deal with him. Lavamancer also undoes the card advantage of things like Kitchen Finks, Silvergill Adept, and Snapcaster Mage and conveniently upgrades our Lightning Bolts and Helixes to take down larger creatures like Restoration Angel and Tarmogoyf (which he can also sometimes shrink). This is exactly the kind of action we need to keep turning our pain seer sideways.

These seven cards form the ~27-card core of a Dega Pain Seer deck:

While this is a good disruptive core that generates considerable card advantage, the deck needs to use the remaining slots for pressure and win conditions. This is where a jund list would turn to Tarmogoyf, Scavenging Ooze, and Raging Ravine, but in the dega wedge we have to get a little more creative. My first thought was to leverage the fact all three of the core creatures are humans with some tribal support like: 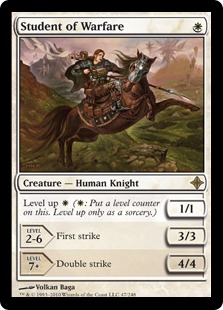 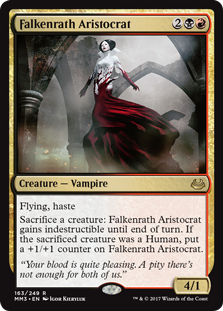 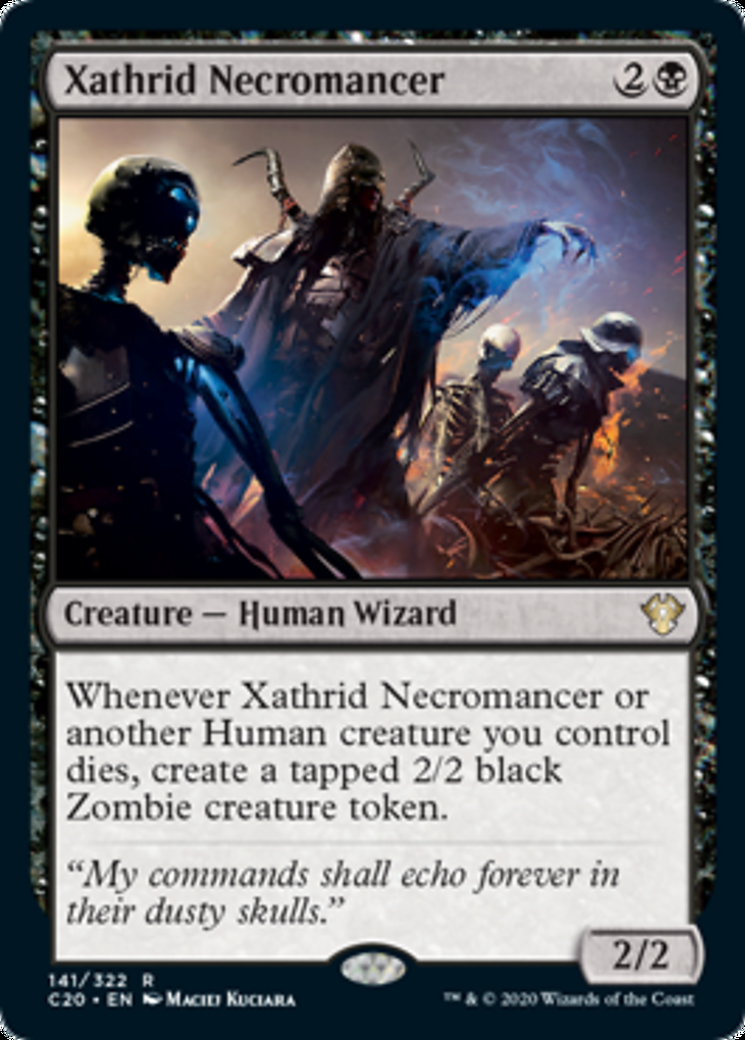 While this approach was decent, and aristocrat was surprisingly good, Champion of the Parish was often weak and almost always awkward. Topdecking one felt terrible, and even on turn 1 making him larger than a Wild Nacatl required a dangerous overcommitment to the board. Necromancer had its moments, but most of the time I would have been happier if it was just a straight up Kitchen Finks or Lingering Souls, and Student was difficult to level beyond its 3/3 mode in any reasonable amount of time given our 3-colour mana base. While I think there’s still potential in a human tribal variant, I moved my build in another direction based on these one drops: 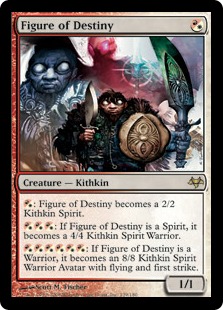 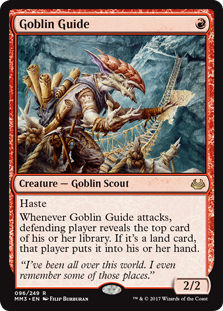 Figure of Destiny is a strong card in this deck. The hybrid mana requirements are far easier on the mana base than the mono white of Student of Warfare, and instant speed leveling is great with all of the instant speed removal. While he usually gets stuck as a 2/2 (and killed if you try to go any higher), just swinging for 2 while threatening 4 can easily chip an opponent into burn range - see goblin guide for more on this. Figure’s value is also increased by Inquisition of Kozilek, which can let you know when its actually safe to go after the higher levels.

The deck rounds out with a pair of life-gaining swords and a ranger of eos. 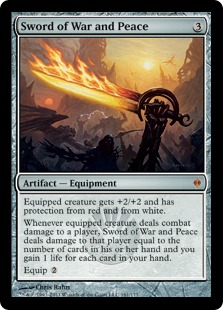 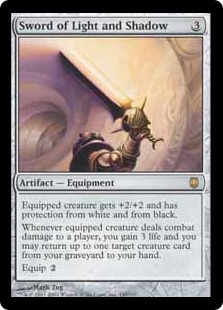 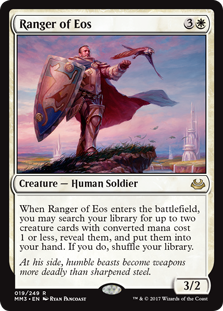 The swords make topdecked Goblin Guides more impressive, help Pain Seer keep swinging, and sometimes just straight up win the game because the protection is relevant. The Ranger takes advantage of how strong Figure and Lavamancer are in the mid-game, while also presenting 4 haste damage should we have 6 mana up and a pair of guides left in the deck.

Which brings us to the final decklist:

The sideboard is a bit of a mess, as it takes a lot of time to figure out which matchups need help and which cards can best provide it. That being said, the deck does what its supposed to fairly often: stick a wizard, bolt/path/inquisition things out of the way, play another wizard, bury opponent in card advantage and cheap removal.

In terms of matchups, the deck is a little soft to combo such as storm, Scapeshift or even Living End, good against creature decks such as Affinity, Merfolk, Zoo, and Birthing Pod and reasonable against things like Splinter Twin and UWR control. While I don’t think it’s going to smash the next pro tour, for those of you wishing to see Pain Seer win some games in modern this is a list that can realistically make that happen.