This is the game we play where we crack open a pack of cards and hope to get something really bad. We take the commons and uncommons and match them up with the rare in the pack and brew up a really bad deck. In celebration of the upcoming rotation, and the release of Shadows Over Innistrad, we are taking a look at the pack that are rotating out of Standard. This week we are looking at a pack of Fate Reforged.

So without further adieu, we are going to take a look at this week’s pack. Inside we find... 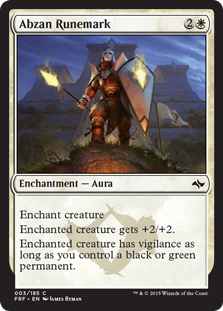 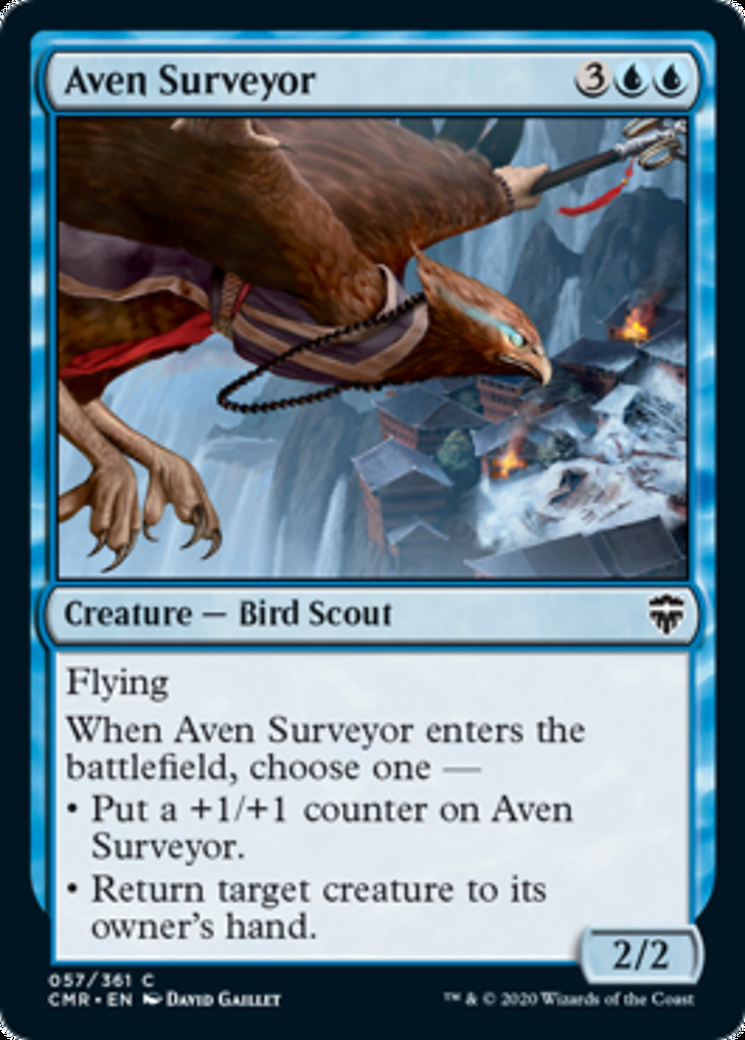 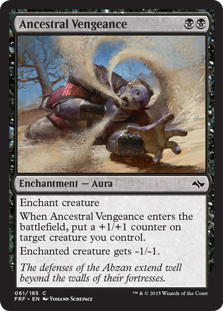 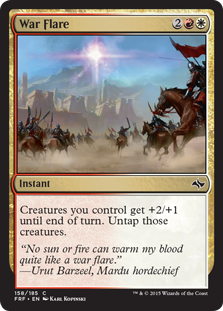 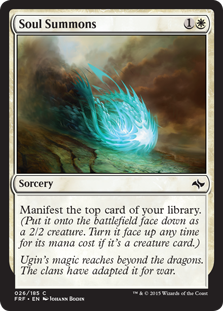 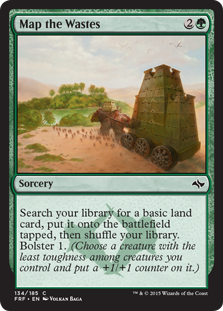 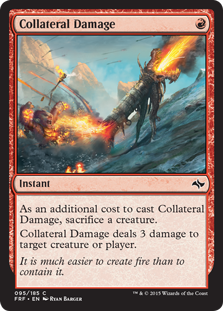 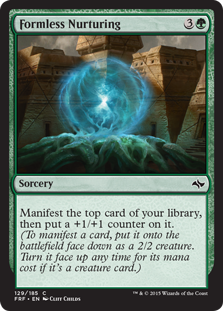 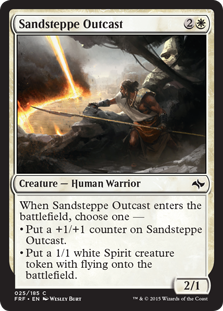 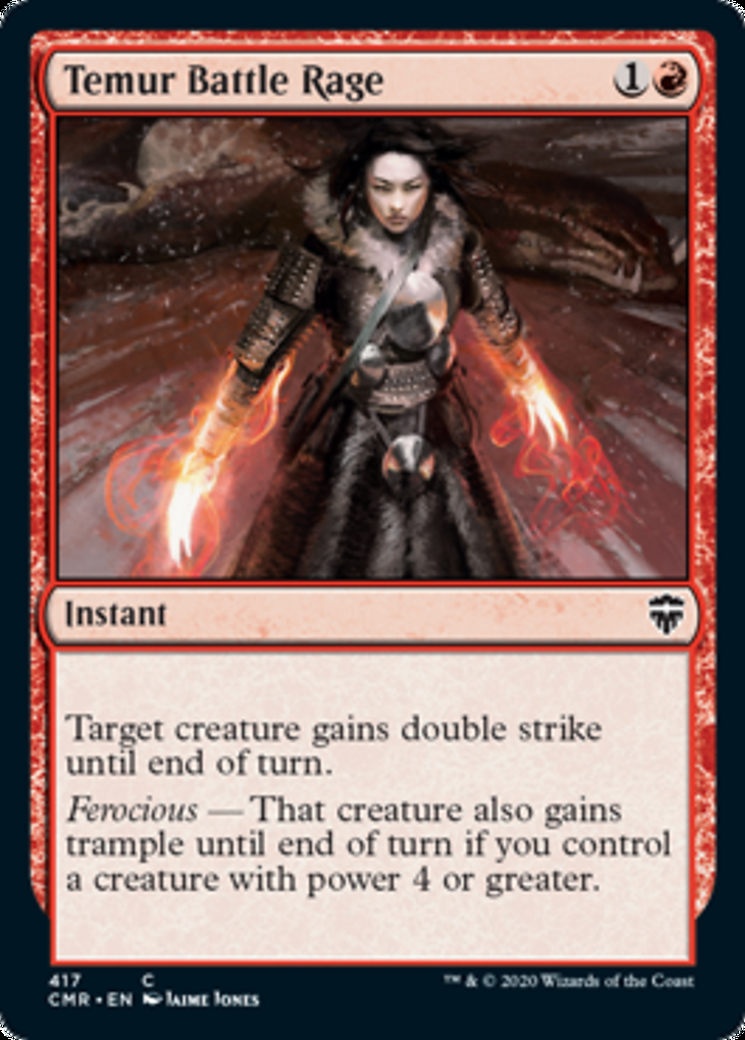 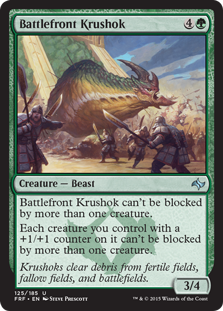 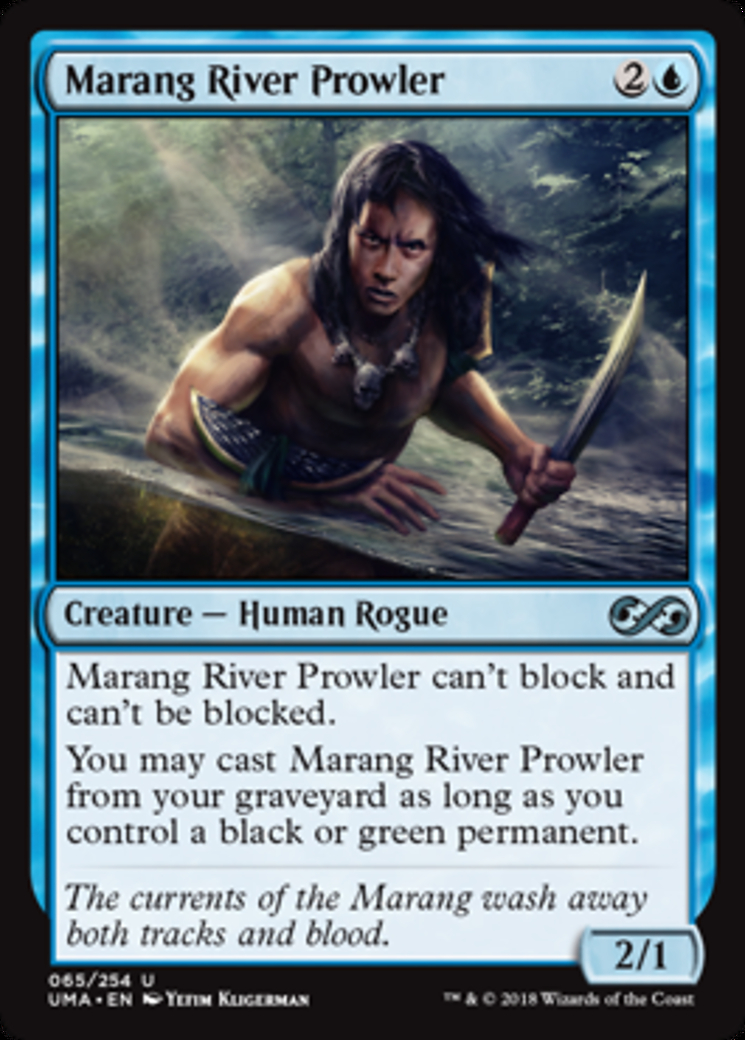 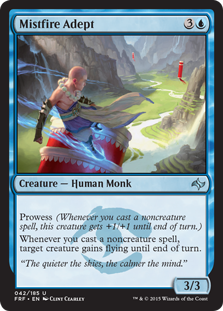 Finally for our rare we are looking at... 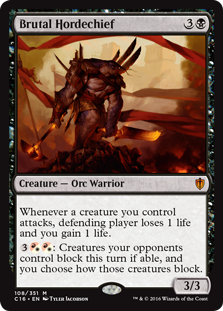 Brutal Hordechief is an interesting mythic rare, it's first ability means that your opponent will lose life equal to the number of attacking creatures you control. It also means that you gain life equal to the number of attacking creatures. This alone is a powerful ability that will carry us to the end of the game. The second ability is interesting and could be the foundation of a really good combat strategy. The ability for us to assign blockers as we see fit can change the tide of a game in an instant, and while we won’t be activating this ability until turn five it will have an impact on the board state.

Unlike many of our other rares in the past this one seems to have decided our colours for us. We will be playing today with black, white, and red. Let's start with the black cards in our pack!

Well, this is a really short list. Ancestral Vengeance, is a nice way to pump up a creature real quick, and deals with a smaller creature your opponent controls. Even if it doesn’t take out that small creature, giving it -1/-1 as an enchantment goes a long way towards cutting down a creature to a more manageable size.

In red, we have Temur Battle Rage. Again, giving a creature a nice buff in the way of double strike will allow us to take down a much more powerful creature with a small amount of force. The second ability on the card - which unfortunately only activates when we control a creature with power four or greater - is interesting. It isn’t something we can count on however with the creatures in our pack. Still, if we are able to activate it, trample may help end the game for us in our favour.

Abzan Runemark is another way to buff your creatures. Under the right circumstances - in that we have a black permanent in play - we also get to give a creature vigilance. Keeping a creature open to block turn after turn - even when we attack - will be helpful in a pinch.

Soul Summons will allow us to manifest the top card of our library. This is always a gamble. While it is a decent way to cheat a creature into play, we run the risk of losing an important card to the flip. While it might not be worth the risk in most cases, when we really need a blocker next turn it might be worth a shot.

Lastly from the pack, we are going to use War Flare. It gives a temporary buff to all our creatures and allows us to untap them. Now granted, at four mana, it is a late game card. However when it comes out on turn four of our opponents turn, it will be a nice surprise for our enemy to deal with a whole mess of beefy creatures.

Now that we are done with the cards from the pack, let's talk mana fixing for a minute. A little land goes a long way, we we are going to add a few copies of Bloodfell Caves, Scoured Barrens and Wind-Scarred Crag. The life gain we need to keep us afloat and while it puts us a turn behind the curve, we can make that up by having regular lands to play in their place on turns where we absolutely need the mana.

For the rest of this deck we are going to add creatures, to keep our defences up.

Lavastep Raider will allow us to play a creature for cheap but make it beefier when the time comes using its activated ability. This makes Lavastep Raider a very flexible creature when it comes time for combat.

A few copies of Mardu Hateblade, with its activated deathtouch ability will keep our opponent from attacking us until well into the late game, so long as we have mana available to activate the ability.

You may have noticed a theme when it comes to creatures, in that they are all warriors. We are going to make sure they can do more damage and take more by throwing in a few copies of Chief of the Edge and Chief of the Scale. Both creatures on the field at the same time will give a nice +1/+1 Bonus which will keep us in the fight.

So here is the game plan for this deck. In the early game we will take a little damage from their aggressive creatures, unless we can get out a Mardu Hateblade and keep the mana open to use its deathtouch ability. In the midgame, we will keep our creatures pumped and hope to keep them off curve with cards like Ancestral Vengeance, by either under powering their creatures or straight up killing them off. Finally in the late game we get to assign our own blockers to the creatures of our choosing. While this might mean that all our opponents creatures block one guy, it combined with Brutal Hordechief ability to drop our opponent’s life total down each turn without dealing combat damage, will allow us to get lethal damage in on our opponent if we play our cards right.

Well that's it for this week's Bad Brews. Tune in next week when I go over a pack of Khans of Tarkir, and see what else can be done with cards that are rotating out of the format. What did you guys think? Let me know in the comments below, and until next time, may your brews be as bad as mine.