Hello and welcome to Bad Brews!

This is the game we play where crack open a pack of one of the latest sets and see what we can do with the rare inside. This week we are taking a break from the Shadows Over Innistrad hype to play our game with a pack of Battle for Zendikar. As always the rules are simple, we must build a deck around the rare, and we must try to use as many cards from the pack as possible to build our deck. 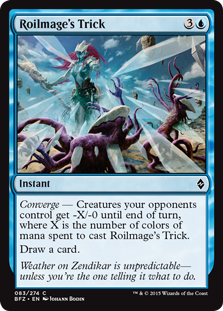 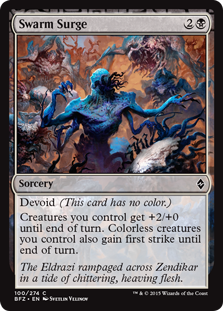 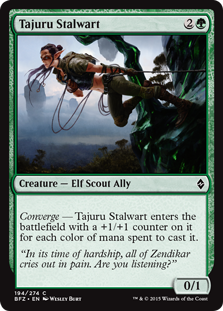 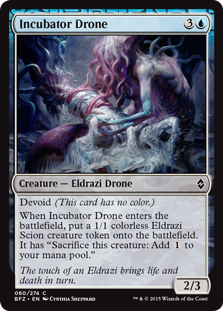 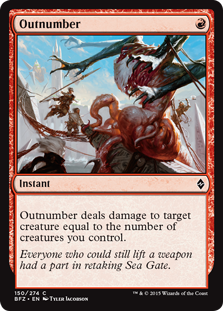 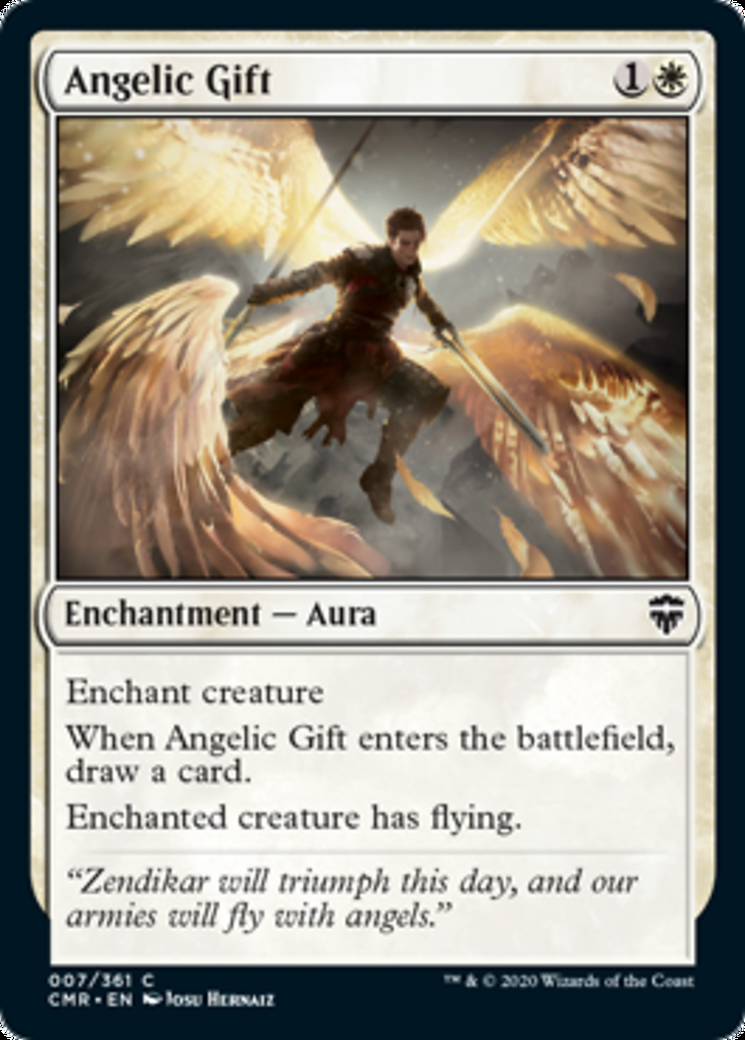 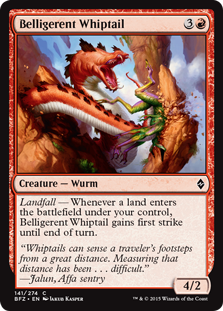 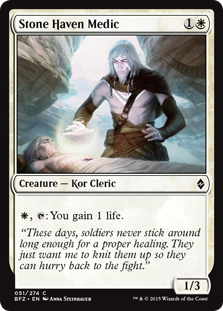 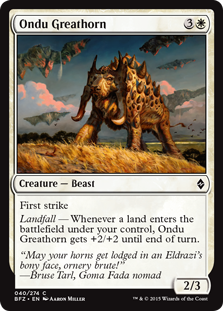 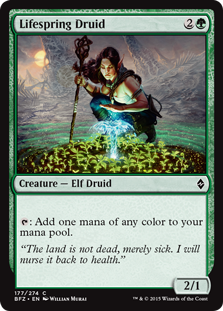 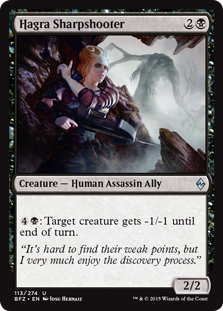 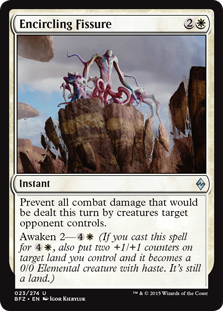 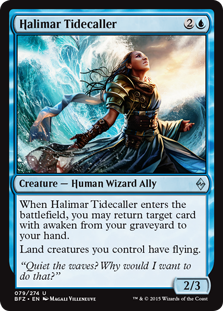 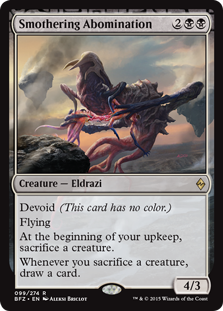 Now the Abomination is an interesting card. Its abilities call for us to sacrifice a creature at the beginning of each upkeep, which sucks, but it gets us card draw, which does not. Now this card draw is not relegated to only our upkeep, so whenever we sacrifice a creature we get to draw a card. While on its own it's not the most powerful creature, a 4/3 for four mana is not out of this world, it can be buffed, and its natural evasion, in the form of flying, keeps it out of reach of most of the threats our opponents are going to be putting down.

Moving down the line, Hagra Sharpshooter, we have a creature that can ping down an opponent's creature post combat if we need to knock down a threat that wasn’t quite taken care of. Admittedly, it's a lot of mana to spend to give one creature -1/-1, and worse still we are talking about a creature that doesn’t even pass the vanilla test, but still this might come in handy when we are dealing with small creature threats. Add to that the fact that you can do it multiple times (assuming you have the mana), and we are talking about some decent removal.

Lifespring Druid goes in the deck for some decent ramp when we need it, and a sacrifice outlet when you need it. At three mana, we are spending a little more than what we might want to get there, but ramp is ramp.

Last out of the pack we are going to use Swarm Surge. Creatures we control get +2/+0 until end of turn. A nice bonus in and of itself, but add to that colourless creatures getting first strike, and we have some actual threats when we put out tokens later. The only downside? It's sorcery speed, which means we won’t be using it as a combat trick on our opponent. Not the end of the world, but clearing out a threat unexpectedly might have been nice.

Now that we have gone over what is useable inside the pack, let's take a look at cards in Standard that will help bolster our roster, and make this a viable deck.

We have already talked tokens briefly, and since we need those sacrifice outlet, you know we are going to need a lot of them on our battlefield. New to Standard is Second Harvest, a card that takes all tokens and any tokens, and doubles the number you have on the field. This utility comes at a relatively cheap cost too, at four mana, we can cast this for days. Suddenly, assuming we have tokens on the field, we can sacrifice creatures with impunity.

Blisterpod goes in the deck, not only is it a creature for one mana, it's also a source of mana when it dies. It gives us a 1/1 Eldrazi Scion token which we can double with Second Harvest, and we don’t feel bad about letting it wither on the vine.

Captain's Claws pulls double duty in this deck. Not only does it add a creature token to our battlefield every time we attack, it will also buff up our Smothering Abomination. Now, it doesn’t give a toughness bonus, which is a little regrettable, but it is a card that will allow us to keep the Abomination on the field turn after attacking turn. Assuming our flyer doesn’t get blocked, it gives our opponent four turns to live, not bad all things considered.

Carrier Thrall is another good sacrifice outlet if I ever saw one. A little more expensive than its buddy the Blisterpod, it does still give a Scion when it dies. It's a 2/1 for two mana, nothing to complain about here.

Scion Summoner doesn’t wait till it's dead to give us that sweet sweet mana producing Scion, and that's good. We can sacrifice that 1/1 to keep our 2/2 on the field as long as possible.

Might of the Masses will give us some serious advantage, pumping up a single creature by however many creatures are on the battlefield. Assuming we have played a Second Harvest, that will be a fairly nice bump.

Finally, no sacrifice deck would be complete without the big daddy of sacrifice cards, the Nantuko Husk, unblocked this creature is maddening for an opponent. A 2/2 for three is alright, but a 2/2 for three that you can pump up by sacrificing a creature is just epic. Add to that the fact that we are going to be drawing a card for each creature we sacrifice and it really is the creature that keeps on giving.

The strategy for this deck is all so simple, we want to keep our Smothering Abomination in play and above the competition. If we can’t do that, we want to swing in with Nantuko Husk and pump it up using any and all creatures on the field to do it. But before we do either, we want to use Might of the Masses to make our creatures as powerful as possible. All this, while drawing as many cards out of our deck as possible.

So, what did you think of this week’s bad brews? Did I miss a token generator that this deck can’t live without? Should I have ditched Nantuko Husk for something else? Let me know in the comments below, and until next time, may your brews be as bad as mine.