Last week I talked about which Standard decks might survive rotation. Today I’m looking at possible replacements for the cards we're losing using the pool of cards that aren't rotating out. Some will have an easy replacement, while others won’t have anything like what they can do. So without further ado, let’s see if we can find some replacements for these popular cards. 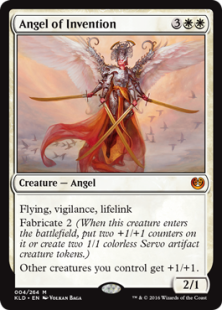 Angel of Invention – This angel pumped up your entire army of creatures. If you are looking for a creature that can deliver a similar beat down, there is still Lyra Dawnbringer. Benalish Marshal can also pump up all your creatures, but requires a heavy commitment to white mana. 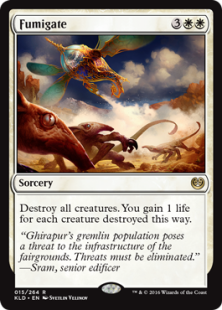 Fumigate – One of the key sweepers in control decks, Fumigate will be sorely missed. Thankfully, you don’t have to look far to find a replacement. Cleansing Nova may not gain you life the same way, but it can be used to clear out artifacts and enchantments if needed. 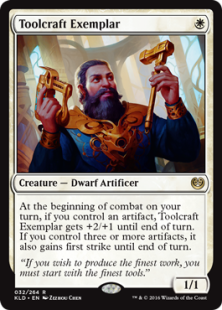 Toolcraft Exemplar – There aren't any creatures that can quite replace this one for getting three damage in consistently, but there are a couple of 2/1 creatures that could help. Dauntless Bodyguard and Skymarcher Aspirant will each get in for some early damage, and both have some extra bonuses they can be used for as well. 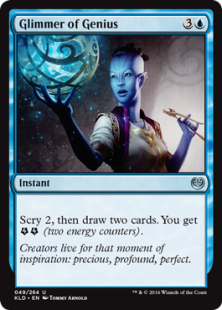 Glimmer of Genius – There won’t be a card like Glimmer of Genius any time soon, but there are a few alternatives you can use. Chart a Course is a cheaper alternative that sometimes lets you draw two cards without any discarding if you’re able to attack in the same turn. If you need something with a little more instant power, Inspiration draws the cards at instant speed for the same mana, but won’t let you Scry. 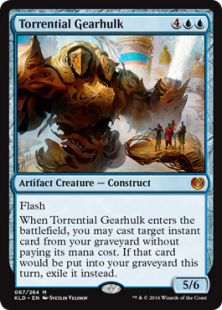 Torrential Gearhulk – Nothing will be able to replace this monster. Dire Fleet Daredevil is the closest thing we have, and it just won’t do the trick most of the time. Especially not at instant speed. 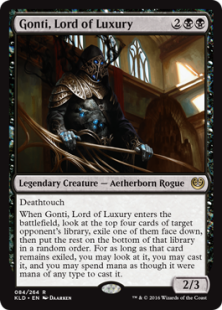 Gonti, Lord of Luxury – If you are looking for some card advantage, I recommend Hostage Taker. You get card advantage and removal all in one card. If you have the mana to cast it before your opponent can kill Hostage Taker, that is. 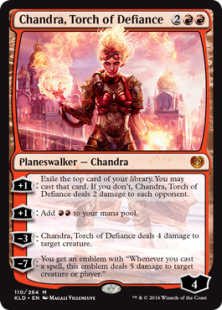 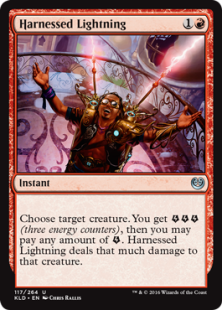 Harnessed Lightning – Luckily, red has plenty of removal in its suite of cards to give you some playable replacements for this card. Lightning Strike deals a similar three damage, while also being able to hit any target. Spit Flame and Fight with Fire can also be used if you need more than three damage to kill a creature. 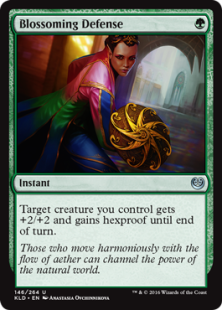 Blossoming Defense – There really isn’t anything in green that can provide the same protection that Blossoming Defense did. Dive Down is the closest thing to it, but it’s also in a completely different colour. 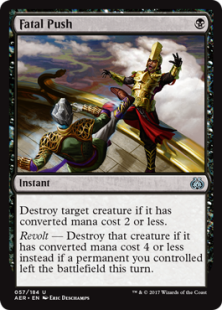 Fatal Push – Nothing. Absolutely nothing. 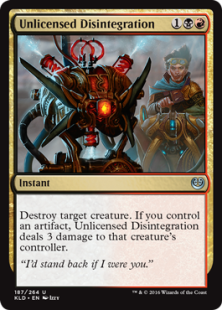 Unlicensed Disintegration – Red always has tons of burn spells that can kill creatures, but if you are looking for straight creature removal there are still a few options. You can go with Cast Down, Murder, or the best of the lot, Vraska’s Contempt. 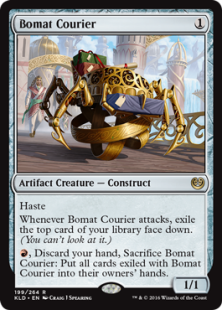 Bomat Courier – There is simply no creature currently that can replace this. We will see if Guilds of Ravnica will bring any cards to replace it, but I doubt it. 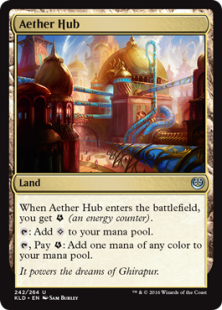 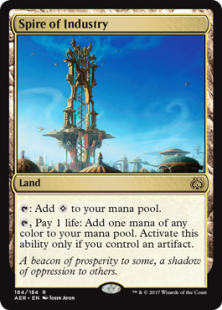 Aether Hub and Spire of Industry – The best land that can be used as a replacement for those multi-colour decks is Unclaimed Territory. However, this land gets worse if you aren’t playing any sort of tribal synergy in your deck. 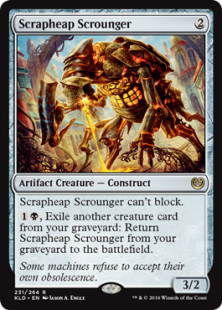 Scrapheap Scrounger – There isn’t anything significant that has three power at three mana or less remaining in Standard. This will be a hard hit to a lot of decks. 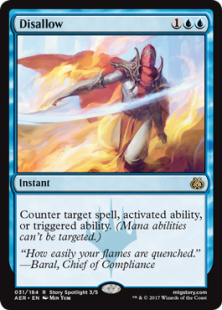 Disallow – The best counterspell in the format is left with some reasonable alternatives. Cancel, Admiral’s Order, and Wizard’s Retort will all counter any spell. Plus, some can even be cast for cheaper than three mana on occasion. They still won’t beat the versatility of Disallow. 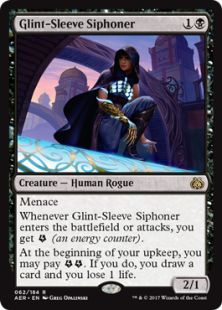 Glint-Sleeve Siphoner – There really isn’t anything that can get you the same kind of card advantage. Ruin Raider might be the closest in getting you those extra cards, but most often will cost you more life to do so in the process. 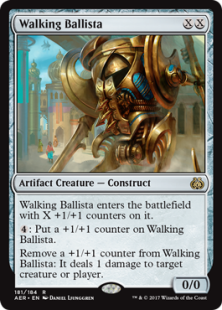 Walking Ballista – This colourless pinger can't be replaced with anything currently in Standard. Who says we bring back Hangarback Walker?

As you can see, not all of the cards rotating out have an easy replacement (or a replacement at all). This means we're headed towards a shakeup in the Standard metagame which, for most, will be a welcome sight.

Thanks again for reading the Daily Dose. I hope this article has helped you prepare for the upcoming Standard rotation. Join me next time on the Daily Dose of Guilds of Ravnica as I preview more of what’s to come in the next few months.