The 6 Most Underrated Cards in Throne of Eldraine 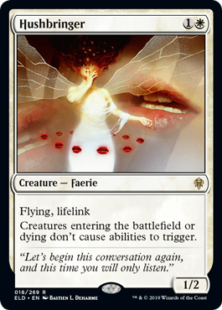 Tocatli Honor Guard was a heavily played card when it was in standard. That was partly because of the metagame, not because it was a busted card. Hushbringer is maindeckable because of its stats and keywords. It happens to hose not only ETB triggers, but also death triggers, making it a card with wider uses than Tocatli Honor Guard. And now that one of the best cards in standard is Risen Reef this should be fairly strong. I think this will see mainboard play and completely screw over some decks and be a decent body against others. 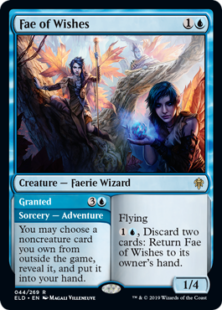 If we’ve learned anything from the split cards and the charms, it’s that a card that gives you 2 below average choices will be way better than both of those cards individually because you can choose the half that’s appropriate to the situation. That’s what this card is. The creature half is a decent blocker: flying is a useful ability, and 4 toughness is good against mono-red. Now the other half of the card isn’t exactly winning any prizes for efficiency, but it can be pretty good if you build your sideboard correctly. Duress, for an example, is a great sideboard card, probably one of the best in standard. The problem is, it’s pretty lame when you have to pay 4 extra mana for it. What you want is something that will completely shred your opponent’s deck to pieces. Some examples would be Thought Distortion > Duress, Cry of the Carnarium > Disfigure, and The Elderspell > Murderous Rider.

The other interesting part about this card is that normally, the creature half of the card is the late game part of the card and the instant of sorcery is the early game part since you can cast the adventure then the creature, but not vice versa. A good example of this is Beanstalk Giant. Fae of Wishes, on the other hand, wants you to play the blocker early and then tutor later. Luckily, you can return it to your hand if you have extra lands, boardsweeps, etc. This way you don’t have to worry about whether you should play the blocker or if you’ll need Granted later. It also lets you loop Granted repeatedly if you have enough mana and cards to discard. 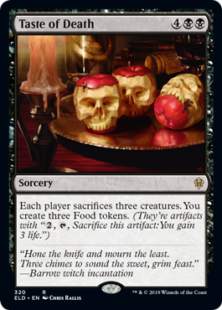 Before I start, I should make it clear that this card isn’t that good. But it isn’t bad either. I don’t think this will see lots of play, but I can see it being a 1-of in control decks. This card is very dependent on the metagame. The fewer little do-nothing creatures there are running around, the better this card will be. If everyone is playing a bunch of tokens, this card will be the literal worst. The food tokens also have to be factored into consideration, gaining 9 life is nothing to scoff at, and Shimmer Dragon will benefit from the extra tokens (if it doesn’t get sacrificed first). 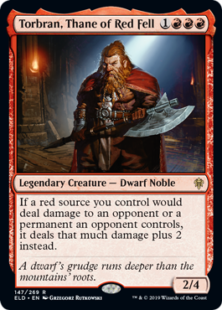 I included this card not because I think people think it’s bad, but because I don’t think people realize just how busted it is. Torbran will literally make Cavalcade of Calamity the best card in the format. When your deck is full of 1/1s, tripling the damage they do is pretty darn good. This card should be scaring the living daylights out of players. Every time you tap up, they could drop Torbran and win. This is my number 1 pick for most the ban-worthy card in new standard. 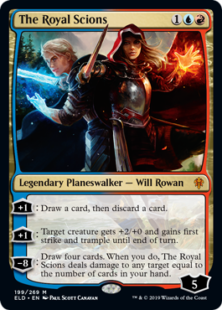 The Royal Scions reminds me more of something like Mu Yanling, Sky Dancer. They have very specific constraints,  as opposed to Chandra, Torch of Defiance which can, and often does, go in basically any red deck. The +1 is useful in an Arclight Phoenix deck for dumping Phoenixes and for just filtering your hand. It's also strong in a UR Double Draw deck since it gives you a guaranteed way to draw. The second +1 doesn’t get used very often but giving your Crackling Drake trample and making it harder to kill (first strike) is pretty good. The Ultimate is overall just fine. Drawing 4 cards and killing a creature or dealing that final damage to your opponent on turn 6 feels pretty good. 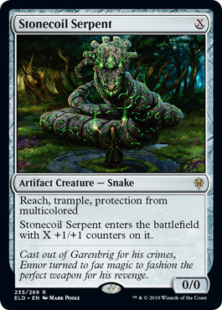 First of all, it’s kind of like Endless One in the way it fits into your curve wherever you need it to. It can be your 2-drop, your 3-drop, your second spell of the turn, your mana-sink—just please don’t play it for 1, it’s not worth a card. Trample makes it hard to chump which makes it an excellent bomb. There’s also this little protection from multicoloured on the card that I thought would be kind of extra.
Turns out, half the removal in the format is multicoloured: Tyrant’s Scorn, Bedevil, Nicol Bolas, Dragon-God, Garruk, Cursed Huntsman, Oko, Thief of Crowns, Assassin’s Trophy, Oath of Kaya, and Teferi, Time Raveler. A bunch of the creatures are too. The reach is also useful, especially since no one realizes it has it, so they attack into it.

That’s all for today. Are you one of the few who didn’t underrate these cards? Did I miss any? Are these cards all bad? Does everyone think these are good and I accidentally made my title clickbait? Please leave an angry comment below!