Multiplayer Politics in EDH are an intense aspect of the format, so much so that you sometimes have to consider them as an additional part of your deck. Certain deck styles even promote this kind of plan, seeking to make other players act against their best interest to secure a victory.

There are guides and theories on Commander Politics all over the internet, but I’m going to put out several core tenants of the political process here. These four thoughts should go through your head in every game of EDH, and with them in mind, political moves and deals should come easier and may even guarantee your dominance.

Which way is the wind blowing? 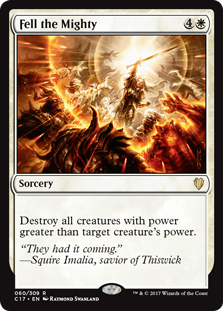 They had it coming.

The essential backbone of multiplayer politics is threat assessment. This is a two part challenge: Firstly, you need to have your own skill at understanding what is the most dangerous cards are, and who are the players you need to wary of. My article linked here can help you with that. Secondly, you need to be aware of what the table is worried about, and which player the table is focusing on. These two aspects may match up, and sometimes they may not, but it is important to keep track of both. The goal is to keep your opponents interfering with each other as much as possible, and out of your own way.

To this end, be aware of what cards and plays grab the attention of the table. For example, are they more concerned with the player with the most Mana or the player with the most cards? Are things tense or are things peaceful? Which players are happy and which players are frustrated? Before you make any plays in the name of politics, you need to have this information. Acting without it, you might as well be playing randomly.

If you can do something, never do it for free. 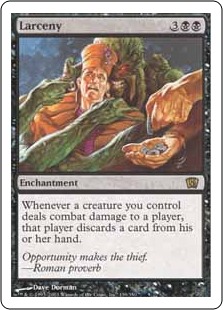 Making deals is core to EDH politics, and bartering is the heart of that action. Bartering is a very specific human skill that can be hard to teach, so instead I’m going to give you a different way to look at the situation.

How about a literal example of this?

The scene is a four player commander game. Player A has Geier Reach Sanitarium and happens to be Mana screwed out of one of their primary colours. Player B has Smothering Tithe on the field. Player C and D are doing their own thing.

Here it behooves Player A to approach Player B with a deal, saying “Hey, I can activate Geier Reach here, and that could get you four free treasure tokens. In exchange, could you deal with that card over there for me?” This creates an opportunity for Player A to gain something more out of the situation, even if they were in a position in which they had to go through with the action to stay in the game.

Who wants blood? Don’t be them. 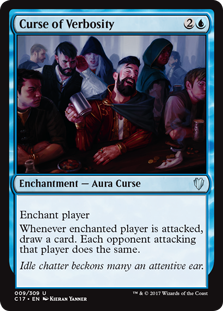 Fun fact: someone at the table is going to be the most active player. This may come out as them playing the most aggressively, through making big plays and trying to make the most out of momentum. It can also be through their behaviour: complaining about other players constantly, making vocal deals, or pitting players against each other. It could be both, like the player that stops the game to announce their next move as if it was some kind of godsend. Everyone is this player sometimes, but you do not want to be this player always. Everyone else at the table generally wants this active player to lose, even if temporarily. This doesn’t mean that they are the strongest player at the table, but they usually think they are.

Contrary to how you might feel, do not directly engage with this player. Wait for someone else to. When a player is out for blood, they tend to react harshly to interference and make questionable plays. To put it simply, they act like Red Mana. Let them run into the other players, and then take advantage of the discord to sneak your victory through. 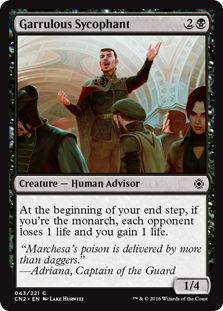 Marchesa's poison is delivered by more than daggers.

Finally, players that want to engage in politics often tend to overdo it. To put it bluntly, I mean they shift from their usual demeanor and are awful actors. This goes the other way, too. When some of my more vocal friends get quiet in a game, I know they're up to something.

The simple solution here is to try to be yourself when you play. If you tend to talk through games of Magic (I tend to talk all the time), then feel free to chat up your opponents. Talk about the board state. React and smack-talk. If you are a player that tends to be quiet and usually only announces your triggers, then there is nothing wrong with taking the same clinical approach to deal-making. You don’t always need to play to your audience. Sometimes you just need to do you.

Politics aren’t everything in a game of Magic. You still need good cards and great luck, but there is a certain definite advantage that can be reaped through skillful manipulation of the players around you. If you are looking to practice, I would recommend doing it with a “silly” deck as opposed to a competitive one. Lower power level builds or niche decks tend to benefit the most from politics, and this can help give them the power boost to compete with the rest of the table. If nothing else, it is a great way to practice lying.