This week we look at the weird combination of Gruul's giant face smashing creatures with the cool, collected intellect loving aspects of blue. Counterspells that help creatures, drawing cards, and giving everything haste, haste, haste!

Temur has some of the most powerful generals in the format with Animar and Maelstrom Wanderer, plus other great hidden gems like Guided Passage and Temur Ascendancy. Let's see how well this RUG ties the room together. 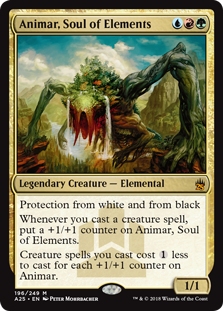 Animar, Soul of Elements – A+

Simply put one of the best commanders available, Animar is powerful and fun and tough to deal with. It can helm combo or creature decks and it wins a lot of games. One of the greats. 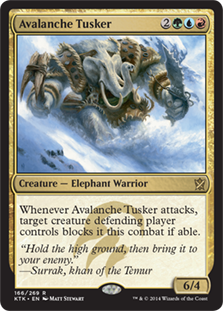 Just not a reliable source of removal in Commander, the efficiency of five mana for a 6/4 gets lost in this format too. Not really runnable outside of, I dunno, Temur Elephants? 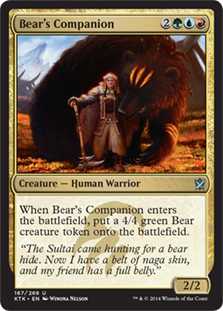 I actually like Bear's Companion in ETB or token decks that use Temur colours, but outside of that it's just okay. 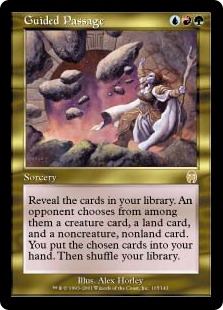 A three mana draw three is just alright when it comes to Commander, but when you change that text around a bit and have your opponent choose those three cards the political possibilities are real. Suddenly with a friend, Guided Passage becomes Temur's best tutor. 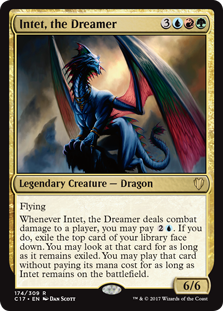 Intet is among the best of the Planar Chaos primeval dragons, but the years haven't exactly been kind to Intet and her brethren. Despite better commanders in these colours being printed since, Intet still packs a punch and has one of the more usable abilities of these dragons. A solid commander, but one that won't exactly strike fear in your opponents' hearts. 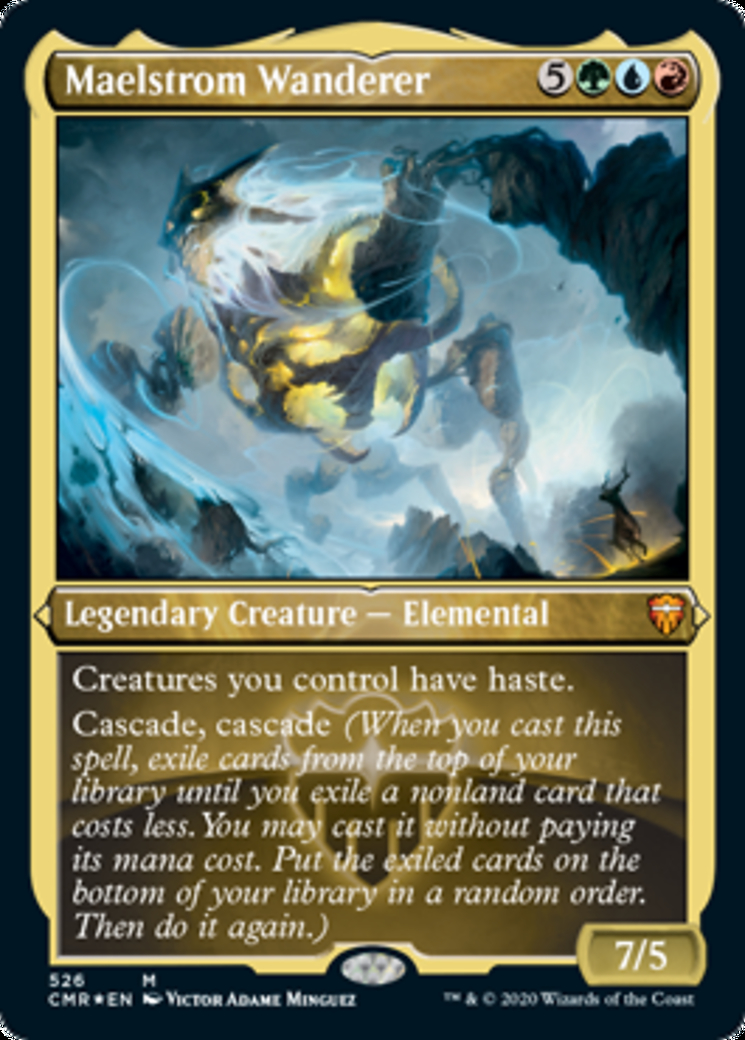 Another top tier, incredibly good commander for Temur, Maelstrom Wanderer and the decks built around it are insanely fast and can quickly run out of control. As if having Cascade on an eight mana creature isn't good enough, the creatures it will inevitably hit also get haste due to Maelstrom Wanderer's second ability. Eight mana is a lot for a commander, which is Maelstrom Wanderer's only downside. Despite the cost, it remains a great commander that doles out a serious beating. 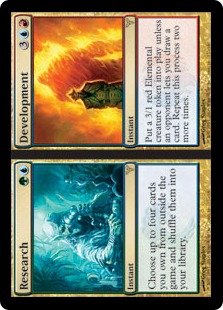 Research is a cool idea for a card, but I don't know if it's actually playable in any format of Magic let alone the one where your library is 99 cards. Development isn't good either, you'll need a political ally for it to be useful, and even then a five mana draw three isn't that good. I don't even really consider this a modal card because Research is so unplayable. 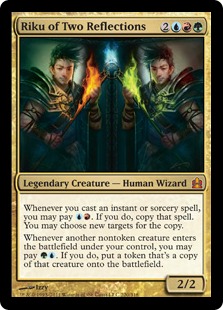 Riku of Two Reflections – A

Another incredible commander from Temur is Riku. He double spells, he double creatures, and most importantly, he wins games. One of Riku's few downsides can actually be an over-reliance on him as a commander. Riku's abilities want a lot of mana and if you can't protect him well enough before you get a chance to cast your spells or creatures, odds are you won't be doubling them up any time soon. Still, there's a lot of pressure on your opponents to keep Riku off the battlefield because if they don't, he can take over games in a heartbeat. 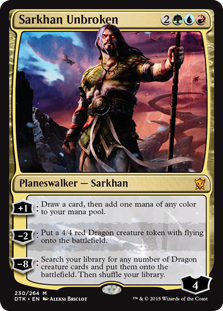 We all know Planeswalkers in EDH are more vulnerable than in other formats due to the multiplayer nature of the game, so it's essential that a Planeswalker be able to protect themselves. Creating a 4/4 flyer is about as good as that gets, plus the ability to make mana while also providing card draw make Sarkhan a great three colour Planeswalker. Of course his ultimate is only good in dragon heavy decks, so you're not really running him outside of those despite him being pretty decent even if you never reach his -8. 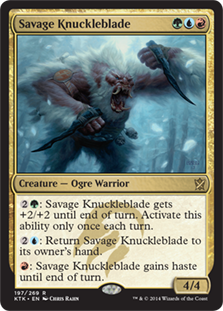 Savage Knuckleblade is good because it's an efficient creature with a bunch of added abilities. Unfortunately these abilities and that efficiency don't add up to much in Commander. 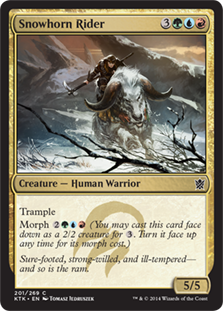 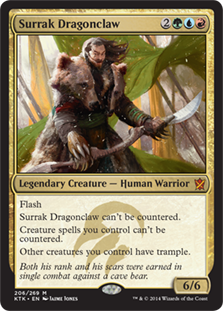 If you want to build a smashy creature deck that crushes your opponents faces, may I suggest Surrak Dragonclaw as your commander? He and his fellow creatures can't be countered and he makes them trample all over your opponents' blockers. Is there a permission deck in your format? Completely run it over with Surrak! Need a mass trample enabler? Have I got a guy for you! Don't forget he has Flash! Surrak has it all! 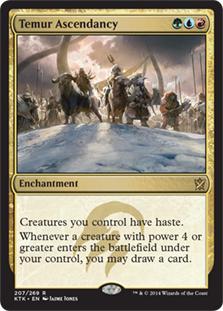 Just an awesome and pretty underrated card, given you have enough 4+ power creatures in your deck. Temur Ascendancy is basically Animar's best friend, and goes pretty darn well with Surrak or Riku too. Haste plus card draw is a deadly combo for creature heavy decks that want to put out a bunch of beaters and hit hard. A great card all around. 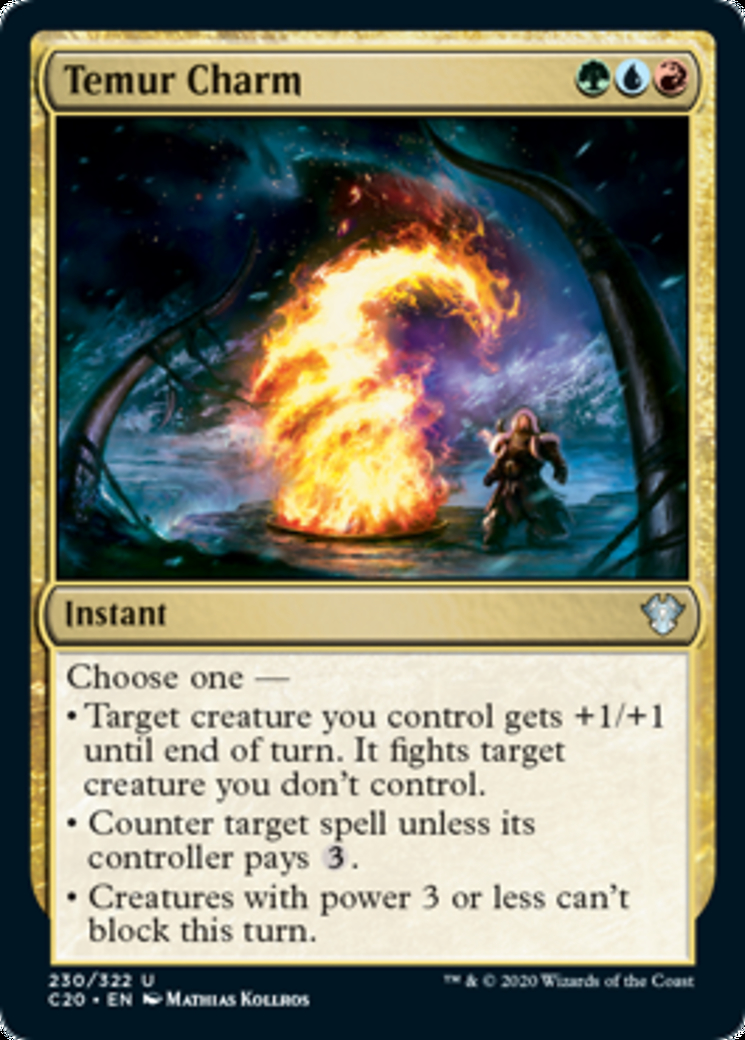 As far as charms go, Temur Charm is a pretty big letdown. The fight ability isn't great, the counterspell is extremely situational, and the Falter effect is even more situational. Overall it's one of the worst three Khan's charms for EDH. 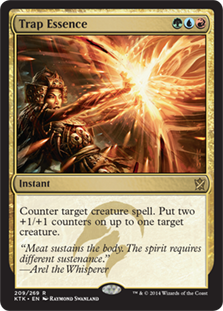 If you're already in blue, you don't need a three colour counterspell, and you certainly don't need one where the upside is putting two counters on one of your creatures.

What's your favourite Temur card? Drop a line in the comments below, and let me know what you think of the ratings while you're there. Until next time!