Welcome to the end of Eternal Masters week here on the Daily Dose, where I’ve been talking about all the excitement surrounding the set we’ve been waiting for! Yesterday, I talked about some of the commons you want to be looking out for in Eternal Masters. Today, I’m going to talk about those three cards you get in every pack called Uncommons. They are sometimes overlooked, but shouldn’t be. Chances are you will only be seeing one of each uncommon within your draft, so make sure you take advantage of picking it up when you have the chance. Here are some of the top uncommons you want to be drafting for Eternal Masters draft. 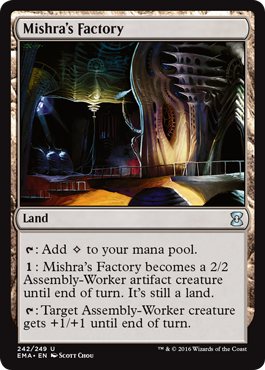 Creature lands are always an advantage for your side. Especially if you are playing a control style deck and are able to grab some sweepers like Wrath of God or Balance. Maybe you will get lucky enough to get two and make it a 3/3. 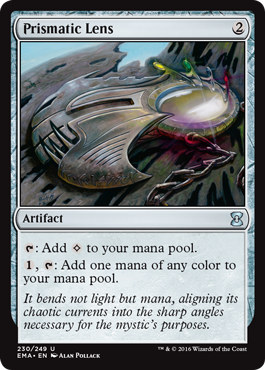 There is a reason that they don’t make two-mana ramp artifacts anymore, as they are just so powerful. Not only does this help you ramp, but it will allow you to fix your mana to whatever colour you need on as early as turn three. 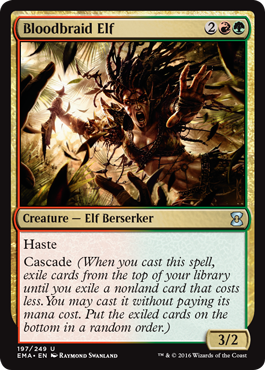 This card has been banned in Modern for the great power that it wields. Being able to get a free spell cast just by playing it means two-for-one-value, which is what you want out of any card in Magic. Throw in the ability to get in three damage immediately means that Red/Green Aggro decks will be a force in Eternal Masters drafts. 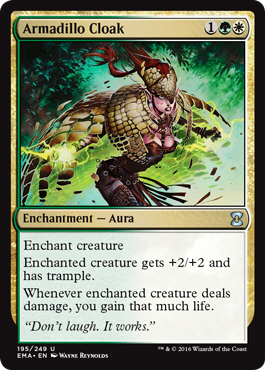 There is not many ways to gain life in Eternal Masters, which makes Armadillo Cloak that much better of a card. Being able to make one of your creatures very large while gaining large amounts of life at a time, will make sure you draft this card early on around the draft table. 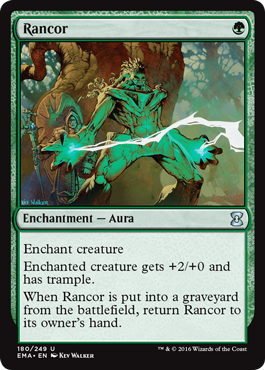 This card has been a staple card of players for years and years since it came out first in Urza’s Legacy. It has been reprinted a few times and continues to be sold out in many stores over the years. This is because there is no other card like it that’s been made. For one mana, you can constantly add this to smaller creatures to either trade up with your opponent’s creatures or get in extra damage each turn. 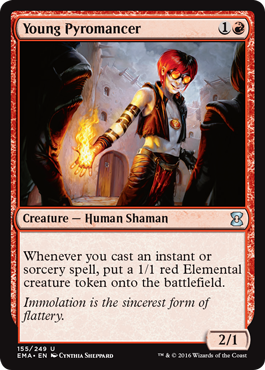 This 2/1 Pyromancer is going to get you a lot more power on the board than just two after your done. Load up some burn spells to get tons of 1/1 Elementals onto the battlefield and make quick work of your opponent. Getting this card early will allow you to grab some spells later on to make it better. 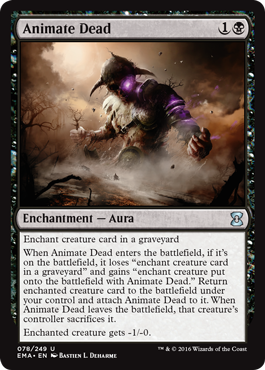 I love that you are able to get a creature with this from any graveyard. Whether you mill the card into a graveyard, or make someone discard it. Either way, the big creature is coming back on your side thanks to Animate Dead. 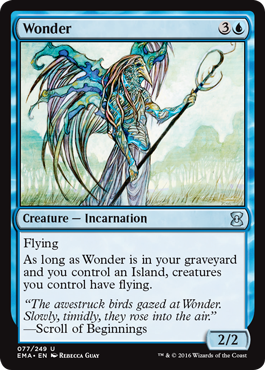 Of the cycle of creatures made like this back in the day, I believe this is the most powerful. When your battlefield is stuck in a stalemate, getting this card into your graveyard allows you to gain the evasion needed to finish off your opponent. 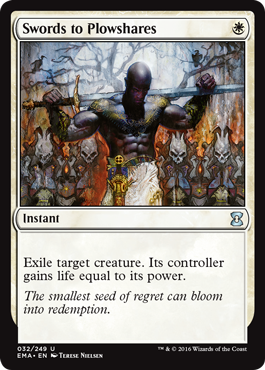 By far one of the greatest removal spells of all time. Period. Please be sure you are drafting this card every time it comes your way. 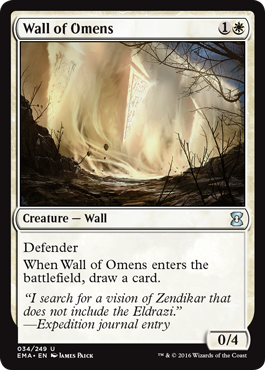 This early defender will not only help you against Aggro decks, it will allow you to cycle through your deck so that you can make sure you are hitting your land drops every turn as well. It’s a win win situation!

So what other uncommons do you see being great in draft? Let me know in the comments! Thanks for joining me go over some of the great things to come during Eternal Masters here on the Daily Dose. I’ll see you next month for some preview action for Eldritch Moon!