Welcome all to the Daily Dose of Dominaria, where Prerelease week continues.

Yesterday I talked about the best Commons that you'll want to see in your packs this weekend. Today I'll be shifting my focus to those three cards right between the Commons and the powerful rare or mythic. Uncommons are often some of the most playable cards when it comes to Limited play. Playing the right ones can be the difference between a 4-0 and a 2-2 record. So, here are my favourite Uncommons from Dominaria for your upcoming Prerelease. 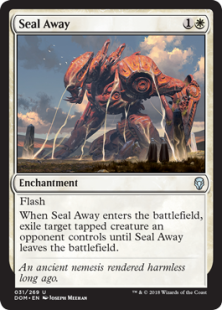 Seal Away – By far one of the best removal cards in the set, it comes in Enchantment form. There will still be the odd time that there's an untapped creature that you can't hit with this card. However, those will often be attacking. 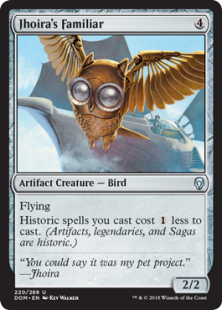 Jhoira’s Familiar – Dominaria is absolutely littered with historic cards, and I guarantee that you will be playing many of them in your deck whether you plan for it, or just through naturally building your deck. With plenty of good artifacts and Legendary creatures in every colour, this mana reduction bird is sure to come in handy. 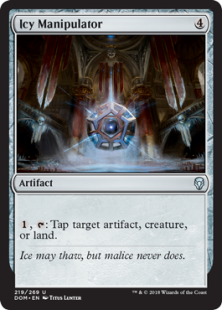 Icy Manipulator – There are a limited number of removal spells in Limited, and often games come down to good old creature combat. Being able to tap down a potential attacker of your opponent's or remove a blocker so you can dish out some damage is important. If someone is playing a three or four-colour deck, you can also use Icy Manipulator to lock down one of their colours during their upkeep. 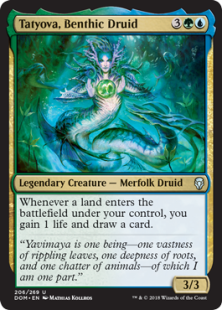 Tatyova, Benthic Druid – When going through your cards during your Prerelease, you always want to look at any card that will provide you with card advantage. Tatyova prevents any additional lands you draw from being dead draws while also providing you with a bit more life to stay alive. 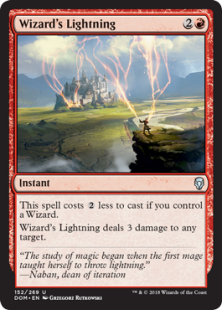 Wizard’s Lightning – Even at three mana, being able to hit a creature, player, or Planeswalker for three makes this spell versatile enough to play in any deck with red. Occasionally, you can even surprise your opponent when you cast it for only one mana. 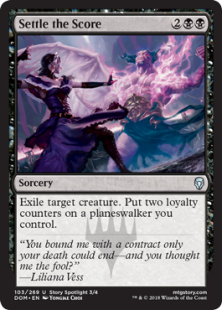 Settle the Score – This is my pick for "card I want to play the most in Standard," but for now it will do just fine in Limited. There are a few cards in Dominaria that let you bring cards back from the graveyard, so having a spell that exiles a creature is a nice bonus. Plus, if you happen to open a Planeswalker, its extra ability might come into play! But more often than not you'll just want the straight removal spell. 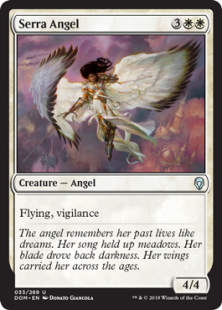 Serra Angel – Flying creatures are always tough to deal with in a Limited format. Having one that can also block each turn makes it even better. Plus, it has enough toughness to avoid a lot of the removal spells floating around Dominaria, like Wizard’s Lightning shown above. I’m glad this got reprinted after all those years being away. 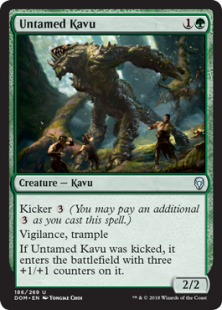 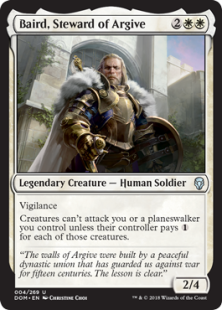 Baird, Steward of Argive – This is more of an enchantment built into a creature than just a creature. Your opponent will be hard pressed to both cast spells and attack in the same turn. Meaning you can get ahead on the battlefield and press your advantage. 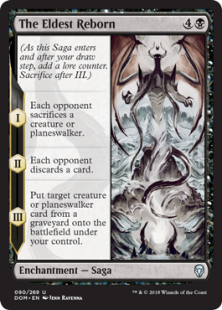 The Eldest Reborn – This card just screams pure value for me. You’re able to kill one of your opponent's creatures, make them discard a card, and then return any creature from any graveyard to the battlefield. You get three spells in one, but it will take a couple of turns to get to them all. 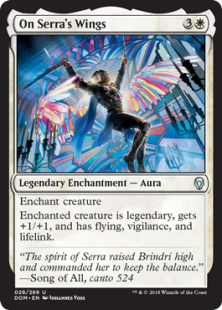 On Serra’s Wings – This can turn any creature into a Lyra Dawnbringer in a snap. Be careful of removal spells when casting this though, you don’t want to lose a two-for-one. To make it even better, On Serra’s Wings also counts as a historic spell. 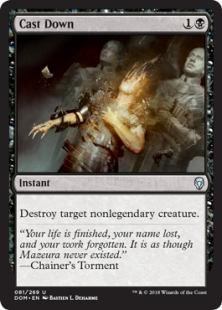 Cast Down – I know you might be asking, "But why would you want a spell that doesn’t kill all the Legendary creatures in Dominaria?" The answer is because there are even more nonlegendary creatures running around Dominaria. Being able to cast this as an instant for only two mana makes it a keeper in my books. 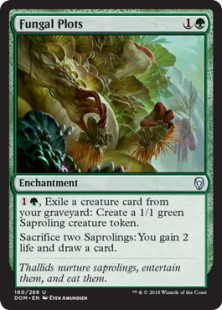 Fungal Plots – This enchantment allows you to use your graveyard as a resource to get a bunch of 1/1 Saprolings on the battlefield. You can even cash those Saprolings in for cards and life after chump blocking with them.

Gruun, the Lonely King – Without a removal spell, it will take quite the team of creatures to kill Gruun, the Lonely King in combat. Whether you're attacking with a 10/10 creature or a 20/20, you will be ahead on the battlefield. There aren’t any spells in green to give it trample, but if you do happen to have a Run Amok in your deck, you’ve found your target. 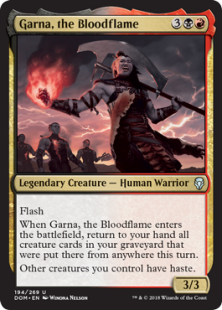 You are now primed the information you need to help build your Prerelease deck. Remember that in Limited, Commons and Uncommons will make up most of your deck, so don’t discard them to the side right away.

Thanks again for reading the Daily Dose of Dominaria here during prerelease week. Join me tomorrow as I take a deeper look at the set and talk about the combat tricks and removal spells you'll want to keep an eye out for at your Dominaria Prerelease.