Amonkhet Puzzle #4 - How much damage can you deal?

Welcome back to Possibility Storm, the weekly MTG puzzle series, available exclusively through MTGCanada and PossibilityStorm.com.

We've got a bit of a different type of puzzle for you this week. Rather than knowing how much damage you have to deal, this week is all about smashing in for as much damage as humanly possible.

Disregard the timer on the left side - that was for our Patrons as they solved this last week, as we also introduced a new speed factor for them to earn bonus points. Although this one actually stumped nearly all of them. Take a look at the puzzle below to see if you can maximize the damage! 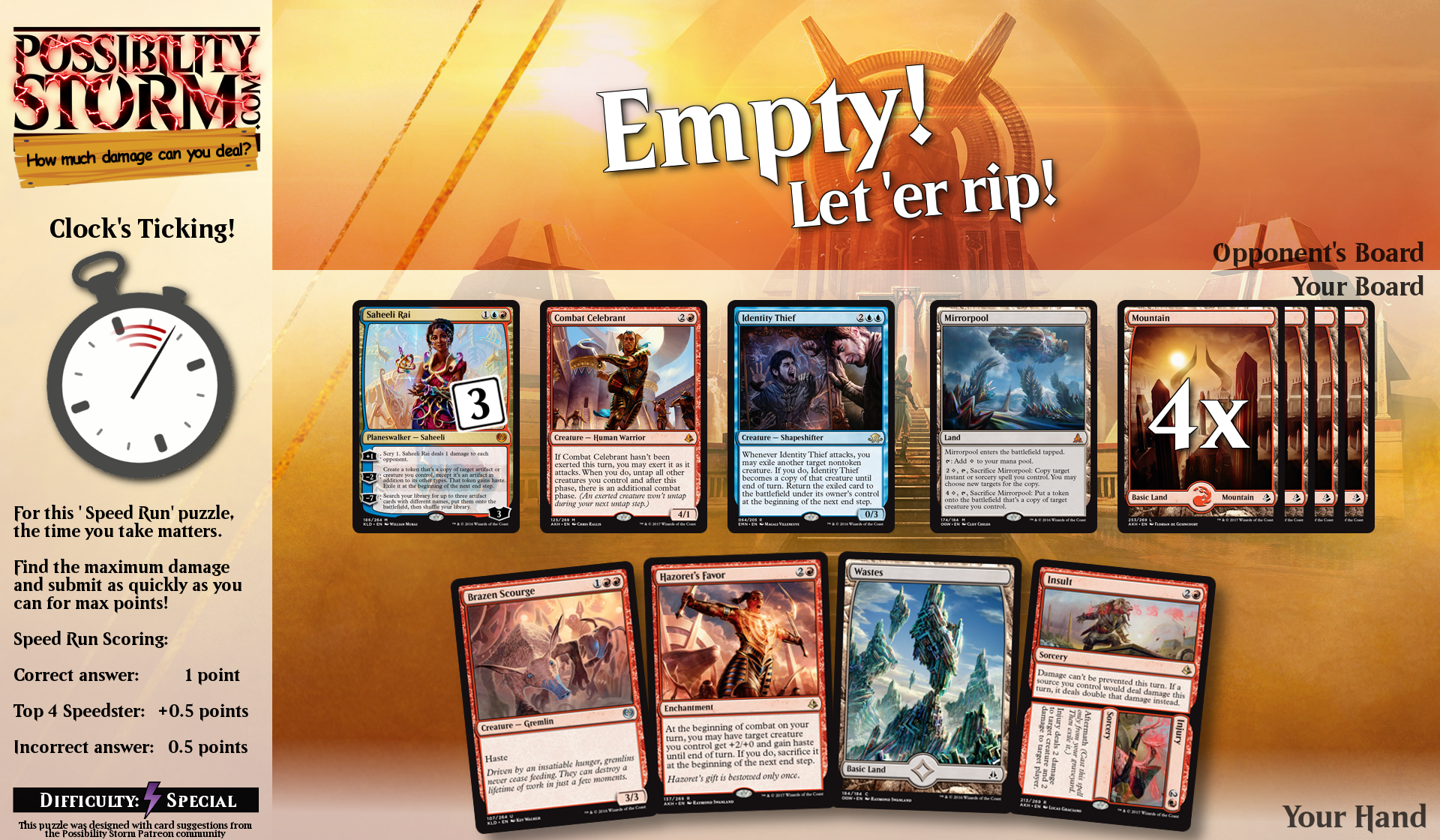 Does something needs clarification? Check out the official Rules and Assumptions to see if your answer lies within.

How did you do? Tune in again next Wednesday for the next puzzle in this series.

Want to puzzle at a higher competition level?

For those interested in an element of competition involved, direct participants in the project, through its Patreon campaign, will get access to the puzzles one week early, and get to submit solutions to earn points and compete in a seasonal leaderboard for spicy Magic: The Gathering prizes, generously provided by our very own MTGCanada.com!