I'm back after a few weeks and excited to talk about Team Magic and a newly assembled Magic team from my locale.
This time I'm focusing on the jam-packed stable of talent: The Chilled Guild. 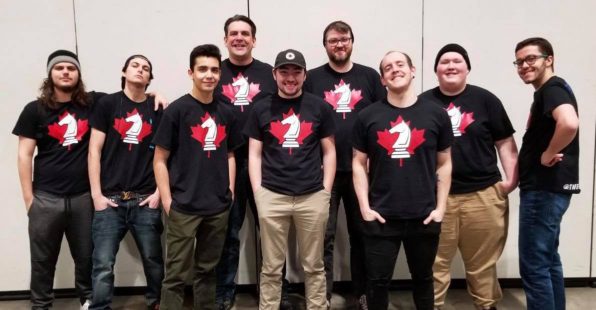 The Chilled Guild is littered with tournament crushing youngsters and their well aged counterparts. But don't let their relatively young age fool you, their team dynamic is tight and they're all ferocious competitors. Adrian and John add a dash of maturity to the mix, with some extra experience provided by the lightly aged Mike Dojcsak.

It's the perfect mix of raw young talent meets age and experience - and it has proven to be a working, well-oiled, result-producing machine. Let's take a look at what The Chilled Guild has been able to accomplish personally.

(Keep in mind, this team has only been together since approximately December 2018.) 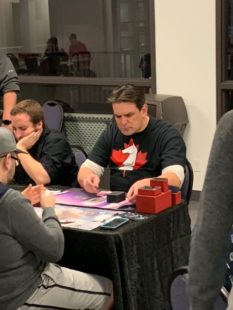 Wow! That's a decent list of accomplishments for a team with only a handful of members over the age of 25. And here's the scary part - most of these accomplishments are recent!

They've been on an absolute tear out of gates since formation. Their momentum has picked up,but  only time will tell if the formula will continue to produce results. I have nothing but high hopes and expectations for this crew, and admittedly, half of the reason I feel I get to improve my game play is because I have the opportunity to play against them multiple times a week. There don't seem to be very many easy tournaments in Hamilton, and that's because The Chilled Guild and other good players are well represented even at the casual events.

But The Chilled Guild aren't just great Magic players. They're also community figureheads and leaders that drastically influence the people and tournaments around them in a positive way. 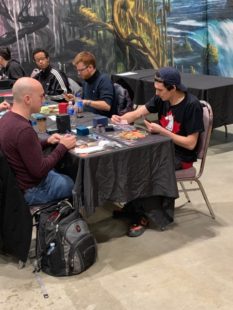 I was able to correspond with Adrian Murchison and Nolan McDonald about their team and ask some questions to better understand the functions of, benefits behind, and reasons for forming The Chilled Guild.

CM- What benefits do you get from working with a Magic team? What is the reason for presenting a group of players under a team name?
AM- Two things I think we get from working together are the ability to pool resources (time, ideas, testing, deck iterations, cards, etc.) as well as sense of belonging to a group that's actively trying to work together toward a shared goal.

CM- Have there been any downsides of being presented as a Magic team?
AM- The only downside I've noticed is that I'm old. The younger guys on the team have brains that move so quickly. Having them iterate on a deck or a new draft format really shows just how fast they can pick things up. For me that means I need to be pushing a little harder to keep up.

CM- What is the main goal of your team (collectively)?
AM- Is a Mythic Championship Top 8 too ambitious? ...
CM- No?
AM- ...we have two team members invited to the next two and we'd like to keep earning invites. Maybe one of us can catch a heater at the right time and get there.

CM- Give me a week in the life of a #ChilledGuild player. Monday through Sunday; did you practice? Research? What sorts of other activities did you involve yourselves in?
AM- We don't really have a daily schedule or anything. We use a Slack (like Discord) to discuss various formats, decks, cards, etc. It's a little tricky to get us all together on a weeknight because we live in a number of different cities. We do a lot of online testing and share our results as well as we usually hit up a weekly or two in our respective towns. Before a GP or bigger tournament we might spend one night getting final reps in together on a deck. Other than Magic, a lot of the guys are in school. Mike and I are both in bands so we do that for fun on the side.

CM- Do you ever team-build? Take breaks from Magic to party or just hang out?
AM- We should! Seriously though, we hangout outside of Magic from time to time; but again being from different cities that can be a little tricky. Usually it's a few after tournament beer or dinner or whatever. 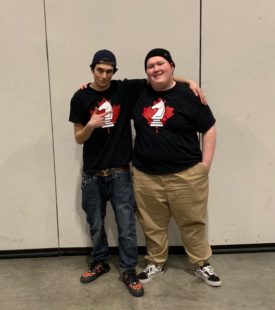 CM- Anything you're currently working on? Top secret decks?
NM- Currently we don’t have any sort of top secret decks or any really spicy brews. We are focused on fine-tuning the decks we are all best at. As Adrian mentioned for Modern, the team is mostly split on Arclight Phoenix builds and Grixis Death's Shadow, so week to week list changes for the meta is more our thing right now.

CM- What are your plans for the future? Do you intend to do anything in the way of community involvement locally? (events, fundraisers, charity drives, etc.)
NM- In terms of community involvement, we are very interested in starting something along those lines. We have a partner store for the team which is Black Knight Games and we have been talking about possibly doing something with them. Whether we come up with something charity related or just helping out our local Magic community, we intend to get something going.

CM- Does the Chilled Guild have a leader? Why or why not? Does anyone regularly take a leadership role?
NM- Adrian and I started and run the team from the back-end, but for an actual "C" the team decided on Adrian as captain. Adrian takes the leadership role because he is better at coordinating the team, and if there was any real business that had to be done, it’s probably going to look better coming from the old dude than a 19 year old.

CM- Any messages for friends/fans/competition?
NM- I guess to the friends, thanks for always playing great games with us and making us better magic players. Fans, if you like what we do in check out our social media and thanks for any support for our team. Competitors, watch out The Chilled Guild is only going up!

CM- Gimme the cream of the crop here, Nolan. What's the most important thing that #TheChilledGuild brings to Ontario and Canadian Magic?
NM- We hope to shine some light on Ontario MTG. Everyone knows that there are great players that come out of Toronto, but we would like to put a spotlight on the areas outside of Toronto and show that some of our players are just as good as theirs; even better in some cases.

And just for good measure, let's a take a step-into The Chilled Guild's 'Hardware Room'. Here, right this way. Take a look:

(and yeah, at least four of these happened since December 2018 - not bad for a fresh, little team of Canadian grinders.) 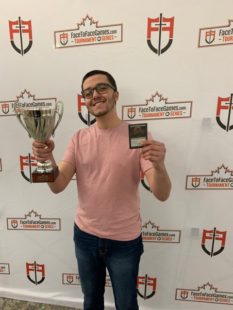 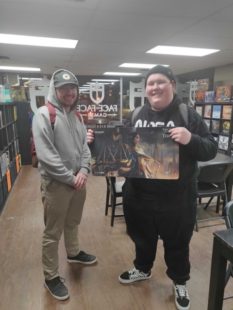 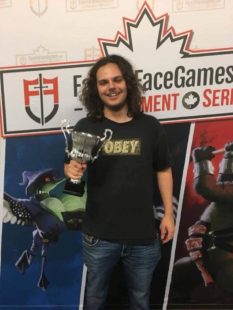 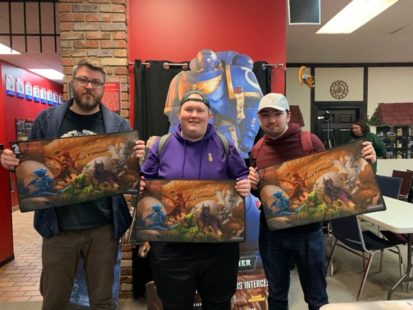 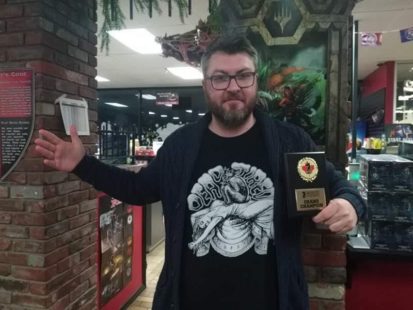 I hope you all enjoyed taking a look at The Chilled Guild and hearing about their future plans and ambitions. As a member of a team and a Captain myself, I've been very impressed with their willingness to work together with other groups, multiple stores, and even person to person. Adrian was the first person I went to when I was looking for advice on how to deal with situations with my own crew. He and every member of his squad would bend over backward for a stranger in an instant. I really mean it when I say I think that this is a group of very special dudes that people are going to need to keep their eyes on in future.

Thanks for dropping in and reading,

You can also keep up with The Chilled Guild in the exact same place: @TheChilledGuild

Lastly, I'd like to thank The Child Guild's partner-store, Black Knight Games. You're a big part of the reason that groups like mine and The Chilled Guild have formed in our area. Even though we can be hard on you and on top of the smallest imperfections, we do it because we love you and you helped create us. So thank you for supporting us all, helping us grow, and growing with us. Thank you for developing new tournaments and accepting feedback and creating opportunities. We appreciate it more than we let you know.

And as always, thanks to MTGCanada for giving us a platform to try to highlight Canadian Magic and its players. I'll be back with more Canadian Team Magic content soon.

Who will we look into next? Team Hairy Tarantula from Toronto? Team Face to Face Games? The grind-crew from KW Playspace? The ever-adorable Team Generations? If you're a grinder in Southern Ontario, you've likely seen these crews a thousand times over, so why don't we see what tips and knowledge they have to offer?

See you next time!