Going for the Gold: My Origin Story, Part Three

Before we continue, make sure you've read both part 1 and part 2.

Three of the four RPTQs of the 2015-2016 season were over. I was already qualified for Pro Tour Vancouver and my buddy Tariq Patel had finally made it on the Pro Tour by spiking the previous RPTQ.

The last RPTQ of the season was sealed Fate Reforged and Dragons of Tarkir. I showed up to every single RPTQ to pick up my foil Snapcaster Mages, but this just made it much sweeter. I'm always game for a sealed deck tournament. The Top 8 paid out in two booster boxes of product as well, so it was worth my time. I played a bunch of matches and was able to finish the swiss with a 5-1-1 record that was good enough for Top 8. 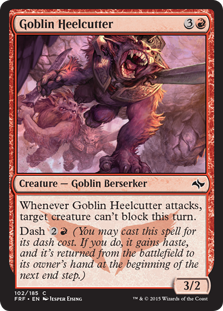 I was about to pick up my product and scoop to my opponent in Top 8 when the judge asked me why I would want to do this. I told him that I had no interest in playing at the Pro Tour anymore, and that I wanted to be able to attend my local PPTQs.

"Well if you lose in the Top 8 of the RPTQ, you are automatically qualified for the next one."

"So you're saying that I have to beat my opponent and prevent him from going to the Pro Tour even though I don't want to go, in order to play PPTQs?"

So I turned to my opponent and said, "Let's Play."

I wound up winning the match 2-1 and was qualified for Pro Tour Milwaukee. I felt bad for my opponent, since they looked so hopeful hearing I had little to no interest in the slot.

But wait... What happened to Pro Tour Vancouver? Well our team had prepared for a week, but in the end we all had average to mediocre results. We had discovered a U/R artifacts deck that we didn't gamble on, and it ended up being one of the two best decks in the room (along with mono red).

I didn't want to be at PT Milwaukee, and just made it to the event site the night before the Pro Tour.

Jeskai Black had gotten amazing results at the Star City Games Circuit and I wanted to add a few cards to the deck to help me win the mirror and matchups against aggressive decks. 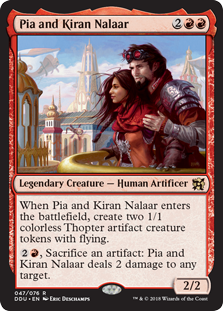 These cards ended up over-performing and I found myself near the top of the Swiss for the entire tournament. It also helped that I went 5-1 in Limited, losing in the finals of my pod to the eventual runner-up (Ryochi Tamada). I had mastered a draft strategy that was hyper-aggressive that used the colourless black and red cards in the format. There was a criminally undervalued card called Swarm Surge that would simply end races and not allow my opponents to trade profitably. Each of my decks had at least two copies of the card.

In one of the final deciding rounds, I faced a pro who used their pace of play to run down the round clock. It was turn four of game one where I had mulliganed to five and yet there were only 35 minutes left on the clock. I conceded the game very early just because I just wanted to have enough time to play the other two. To call this player simply methodical would have been an understatement.

We went to time in game three and I had lethal burn in hand as well as an overwhelming board presence with counterspells. He was dead on my next turn, but refused to concede and told me that if I hadn't scooped game one when I did then we wouldn't have finished the second game and he would have won.

I left the match feeling distraught. I had given him the benefit of the doubt the entire time, to the point where I didn't once call a judge or think of doing so. This was the first time that I got punished severely for allowing someone to slowplay me.

I wound up in 12th place for this tournament, a few points away from a Top 8 birth. This gave me Silver and I would end up parlaying that into Gold for the first time. More impressive for me was that four of my opponents were in the Top 8, one of whom I had beaten.

in the last season, I once again came very close to Top 8ing a Pro Tour in Dublin. Unfortunately, my 7-0 record in Standard (RB Aggro) broke down a bit to 8-2 in the last three rounds, so I finished out of the Top 16. I would have likely been either eighth or ninth had I won the last round of the tournament. Both of my feature matches (Round 14 and 16) included my deck malfunctioning at the worst times.

My favourite part of the season came with my second Grand Prix Top 8 in Vegas. It was in a format that I hadn't played in forever, and which had changed drastically since I had. My friend Dilks helped me prepare with a good list and a great sideboarding guide. I achieved my first 9-0 on day one (much easier when you have three byes) and finally saw the elimination stages. I almost overcame a difficult quarterfinal match against Lands, but three nut draws from my opponent made it impossible.

At the end of the season, I missed captaincy for England by the fourth tiebreaker, which was a complete heartbreak. The people who know me know how loyal I am, and how I don't want to spend my time in more tournaments. I had a heart to heart with Gerard Fabiano at one of the Grand Prix right at the end of the season. It helped me realize that I would be better off sinking my time in other competitive outlets. This would eventually turn into my new passion for bodybuilding, and I plan on competing in Men's Physique contests in the future.

When I first started this story, I talked about how big of a mistake I thought kids were making by sacrificing their education for Magic. I just wanted to address that.

Magic is a great game. I love Magic. It has changed my life in ways that I can't even describe. I have some great friends who I never would have met without this game. It has helped me travel and visit countries I would never pay to see.

However, Magic is still just a game. Your life, no matter how long it takes you, will be what you do once you are finished with this game. Do yourself a favour and set yourself up to be the most successful that you can be. It's definitely a hard thing to do, considering how much fun Magic is to play.

Let me tell you, Magic is a lot more fun when you aren't worried about where your next meal will come from, or how you're going to pay for next month's rent. The best professionals in this game are barely making a living off tournaments and have to supplement their income by becoming content creators. The only thing that helps you set up your future is your present, so make sure you utilize it to the maximum.

One of my good friends, Silver pro of yesteryear, Kai Burnett once told me: "Sam do you have any idea how rich we would be, if we had spent the time we did on Magic on something productive?"

I hope you enjoyed this story, and next week we'll talk about the new set Rivals of Ixalan!

Have a great prerelease weekend!