Going for the Gold: Player Tells

Welcome back to Going for the Gold

I've spent a bunch of my free time over the past few days checking out the new MTG Arena Beta client. Hopefully you've had a chance to check it out on stream. It's definitely improved on Magic Online in many ways, but it does have its own limitations that will hopefully be addressed in future updates.

The other thing I've been doing a lot of in my free time doing is watching an old game show called Golden Balls. 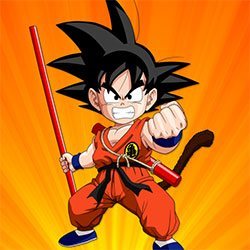 No! Not Dragonball... Golden Balls!

If you haven't had a chance to watch this show, there are free full episodes available on YouTube like the one linked here.

In this game, four contestants are pitted against each other and have to use truth and/or deception to finally end up in a position where they have a lot of money to play for and one BIG decision to make.

The final decision of the game involves the remaining two contestants who will have to both individually decide to pick a SPLIT or a STEAL ball. Their choice is unknown to the other contestant until the final heartwrenching reveal. There are three possible scenarios:

You have to leave your feelings at the door.

This is essentially a variant of the Prisoner's Dilemma,

Also you prevent yourself looking rather foolish on national television: 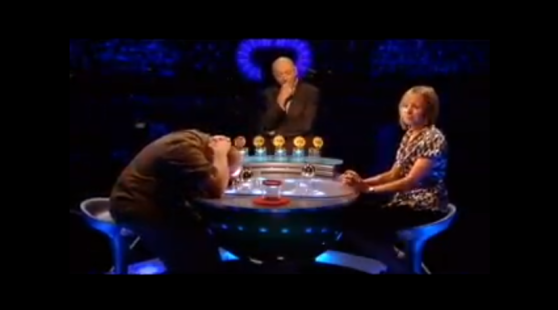 I've referred to this phenomenon in the past as Game Theory Optimization.

It got me thinking about tells in Magic.

Don't get me wrong, if you don't have a strong fundamental understanding of the game then having the ability to read tells will not be useful. It might help to think about tells as the cherry on top of the cake rather than the cake itself when it comes to its importance.

Players give up so much information, even when they don't talk and if you want to use their tells as an advantage I would suggest doing the following:

1) Pay attention to everything your opponent does

If you are a savvy and loyal reader, you'll recognize that this is a common theme in most of my articles. This is because diverting your attention away from the game is almost never advisable. Beyond making sure that your opponent doesn't do anything illegal, it also keeps you focused on the game. When you are in tune with a format and you are concentrated on your opponent, you can pick up on every single thing that they do.

Just imagine you are sitting there and chatting with your friend at FNM after you finished your turn. Your opponent draws for the turn and instinctively looks at their graveyard before attacking. Now you stop talking to your friend, turn around, and you have no other extra information to help you with your decision.  You trade Hill Giants with your opponent and they cast a post-combat Gravedigger to return the Hill Giant to their hand.

Just imagine you are sitting there and your friend comes up to chat with you during your match. Since you read this article, you tell them that you'll come talk to them after the match and go back to focusing on your opponent. Your opponent draws for the turn and instinctively glances at their graveyard before attacking. Because you have been watching your opponent, you suspect that they have just drawn a Gravedigger. It's the only card that cares about the graveyard in this set after all. You see that your opponent's options for Gravedigger aren't very good and decline to trade Hill Giants. After combat, your opponent returns his Goblin Piker to his hand.

2) Be careful on how you interpret your opponent's actions

Here is the generic spectrum that I use to associate my opponents:

Against an average opponent at your store, they will act on Level 1. This means that when they are strong, they act meek. When they are weak, they act strong.

Let me ask you this: Have you ever played against someone and been in a situation where if you attack, you'll do lethal damage if they have nothing? However, if they have a removal spell you'll lose the game on the spot. You make a motion to move toward combat and your opponent gets all animated and starts picking up his cards. 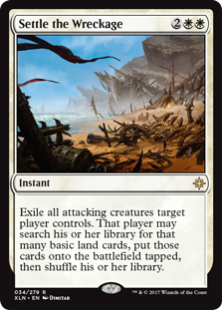 If they really had a removal spell here, do you think they would try to alert you to the fact that they have it? Wouldn't they be much likelier to show disinterest and weakness so that you go for the attack so they can win?

Here is a real life example of why this doesn't always work with pro players:

At Pro Tour Oath of the Gatewatch, I was facing lethal damage from Steve Rubin in the second game of round two (I had won the first). At the beginning of my upkeep, I scryed a land to the top with a Seer's Lantern.  I knew that if I scryed a card to the top of my deck and kept it and just passed, then Steve would respect it as an instant speed removal spell, which he had seen a few of in game one.

I made the decision to scry to the top no matter what because if I missed twice, then Steve would automatically attack. But Steve, being a very good player, rationalized that I would never keep a card that didn't save me, so he passed the turn frustratedly and I eventually came back to win the second game and our match. I did scry a land to the bottom on the next turn and drew an Immolating Glare so I would have whiffed.

3) Identify the instant speed cards in the format

A lot of tells in Limited Magic come down to the instant speed tricks available in the format. There are lots of commonly played tricks, but in order to get a proper tell from your opponent you need to add up their actions from the previous few turns.

This definitely gets harder when your opponent has multiple instant speed tricks in their hand that they can represent. The best way to make these cards worse is to force your opponent to use them at the most inopportune times.

Let me know if you liked this article by posting in the comments below or tweeting at me (@SammyTMTG). And, if you want to keep up with my articles and happenings, please make sure you hit the follow button for Twitter @ SammyTMTG. I’ll see you next week for another article on improving your magical skills! Until then, have a great weekend!