Going for the Gold: So you want to play competitive magic?

So, you finally decided that you want to take the next step and play Magic competitively.

Well first let me say that, it's about time! But also, you've come to the right place, and today's article is all about preparing you for your next foray in this game.

To do well in competitive magic you have to take the following into account... So let's begin! 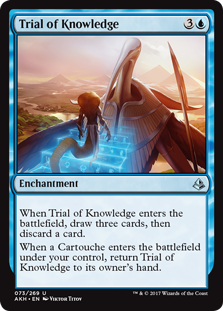 If given the option, no one would ever choose to read the rule book.

If you ever make a mistake, you can take it back right?

Not anymore. The world of competitive magic requires that you fundamentally understand all of the rules. To that extent I'd probably suggest that players try to take their Rule Advisor test. Not only will this allow you to help your local community, but it will give you a stronger knowledge of the rules so that you can better understand card interactions. One of the most common complaints I see from newer entrants to the competitive scene is that when they ask a judge a rules question, they receive a vague answer. This is done to prevent coaching, and having a full understanding of the rules will help you connect the dots on your own.

Note: The rules also change every so often with the release of a new set and constantly need to be reviewed. Recently combat shortcuts have changed as a result of the issues at Pro Tour Dublin, so if you haven't already checked it out, make sure you do. 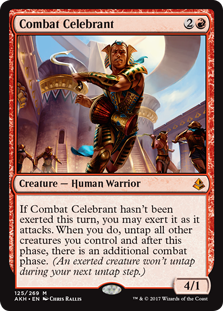 Now that you understand the rules, it's important to make sure you increase your odds of winning a tournament, and what better way to do that than attend more tournaments?

The types of competitive tournaments that you'll want to enter are: PPTQs, RPTQs, Nationals, Grand Prix and Pro Tours.

If you're a savvy individual you probably noticed that I didn't call out FNMs or local 4-round store events that have grown in popularity. These events are great for getting some practice in, but if you really want to cut your teeth in a competitive environment, you should be focusing on higher EV (Expected Value) tournaments. These types of tournaments will bring out the best players in your area, and playing against these types of players is usually what will propel you to new highs.

Now, I'm not advocating that you give up your other life priorities to play more tournaments, but a useful exercise will be to use some sort of calendar application to track your entire schedule and place tournaments within this.

Grand Prix are the best dose of competitive Magic that the average player can get. I remember my first Grand Prix (Toronto in 2005) was a terrifying experience because I was a "casual" player and I felt totally out of my element. However, I found that I walked away from this event craving more of that same level of competition. If you have a Grand Prix in your area, you'd be doing yourself a big disservice by not at least attending and getting the experience, even if it is just playing side events, which I wouldn't recommend. 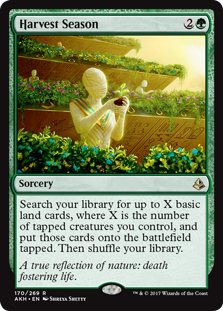 Unless you're solely playing Limited events, there will be a time when you need to enter a Constructed tournament. Here are the various formats and the relative cost of entry:

Where's Commander you ask? I'm pretty sure I made it clear that we're only talking about Competitive Magic!

Anyways, looking at the types of Constructed tournaments, it's clear and lucky that the most frequent tournaments have the lowest barriers to entry. Even still, it's nice to build the entire card pool for each format, if possible. Most of you will be unable to do this, so it may be worthwhile working with a few friends to put together a card pool that you can use in tournaments, or even making friends with someone who can lend you decks for these tournaments. 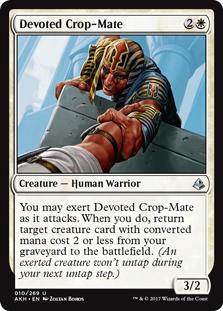 Magic Online has made it so easy to play tournaments, but you can't play all of your tournaments in your boxers. I mean, unless you want to get arrested or something.

Unless you have a lot of disposable income, it's financially irresponsible to travel to all these new events on your own. Not only is gas expensive, but if you're playing in out of town events and require accommodations, it can add up very fast.

When I went from attending two Grand Prix a year to 8-10, I started to travel with two to three more people, which makes it very financially plausible to go on these trips so often. It would also be very lonely and boring to drive large distances on your own.

I notice a lot of players who don't build a network will randomly post on Facebook groups and expect people who don't know them to pick them up or split hotels with them. Now, I'm sure the majority of these people are nice, but when you're travelling with a lot of money on you, it makes me wary to stay with people I don't know since the risk is just too high for me. Don't put yourself in this situation, make sure that you build a network of friends that you can travel with.

I'm sure you saw this coming, but if you're going to play more tournaments it's probably a good idea to prepare for the events you'll be playing in. Whether that's by watching Twitch.TV streamers to learn a format or a deck, or playing on Magic Online, you should be doing something so that you don't walk into a room and feel like you just wasted a few hours and some money. The previous point about building a network will help here, since sometimes when I'm travelling I don't have much time to prepare and I'll just rely on the testing done by my friends.

Playing competitive magic has given me an outlet that I never dreamed that I would be so fulfilled by. This is definitely a great next step for you if you're an aspiring player. Worst case, give it a try, you might be surprised by what you learn about yourself.

Let me know what you think by posting in the comments below or tweet at me (@SammyTMTG), and if you want to keep up with my articles and happenings, please make sure you hit the follow button for Twitter @ SammyTMTG. I’ll see you next week for the return to the article series on improving your magical skills!