Partners Without a Partner - Wrap Up

How many Commander decks do you run led by two Partnered Commanders? I had none, but now that my Partners Without a Partner article series is done, we've effectively got 45 decks, each one using a different pair of Partner-eligible Commanders!

If you're just discovering this series, this is the epilogue. I'd recommend going back to the first one featuring Vial Smasher the Fierce and work your way forward. 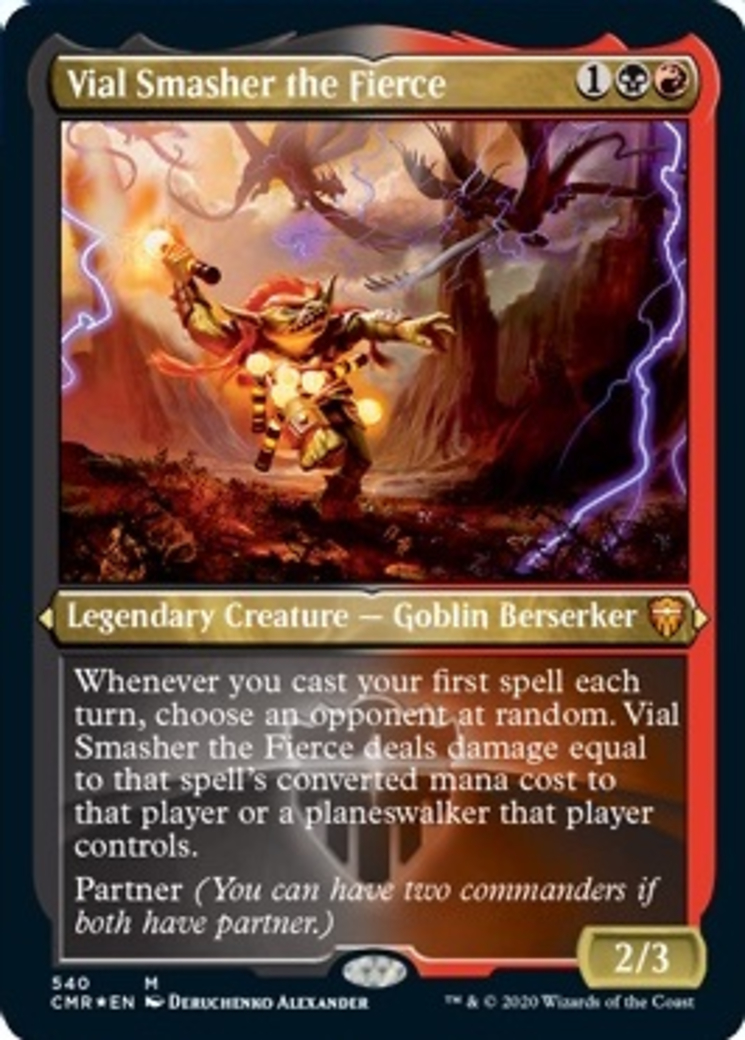 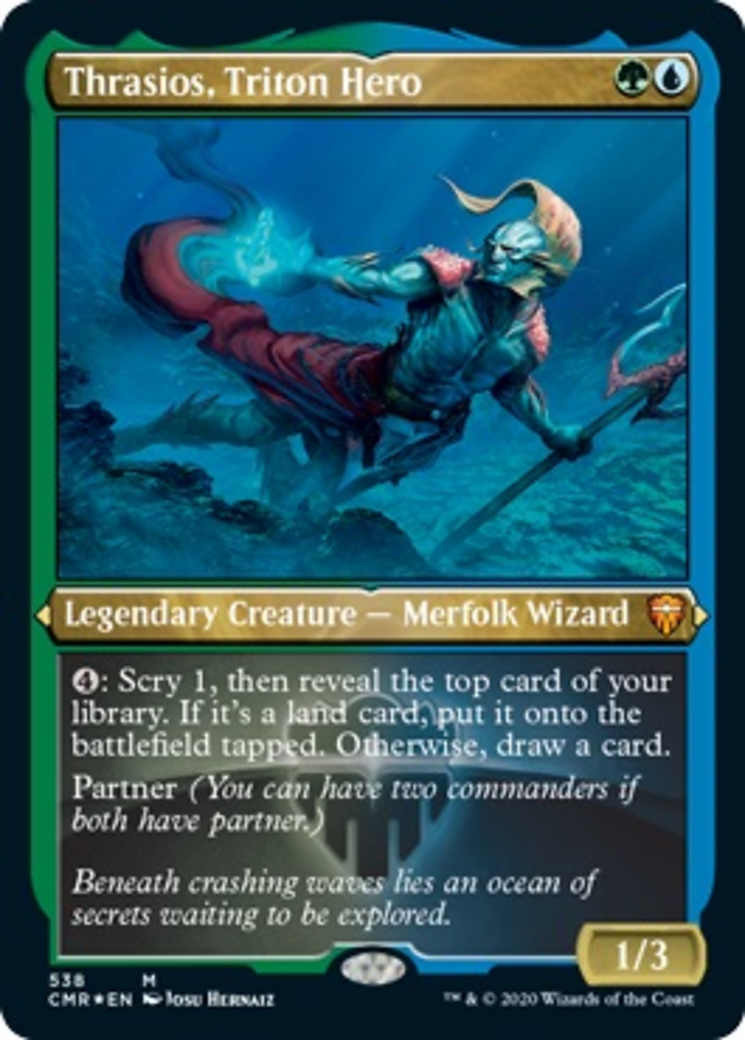 As a quick recap, I came up with one brew of a half-commander deck using one partner to represent each two-colour pair. Ten Partners, ten half-decks. You can take any two of them, combine the decklists, add the "staple" artifacts, your lands, and you're good to shuffle up.

For this article, I'm going to cover how you might want to go about setting this up to actually play with a few pals. We need to go over what to do about the lands, and then how to divide up the partners. I'll also go over a few things I learned as I went along in this series. 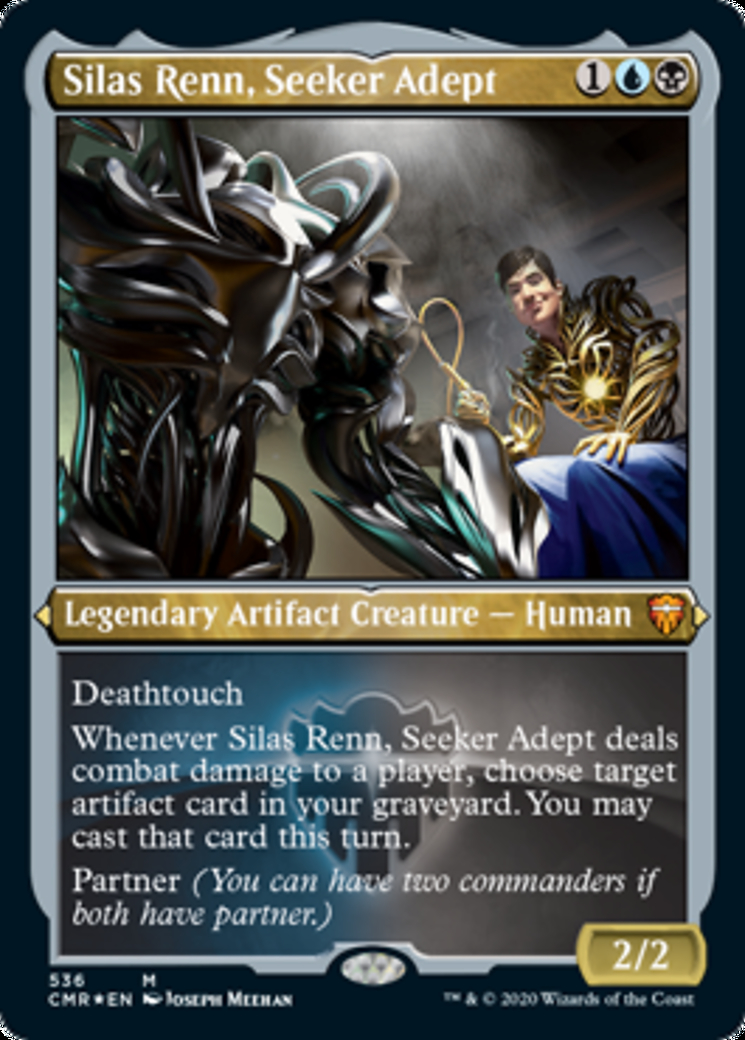 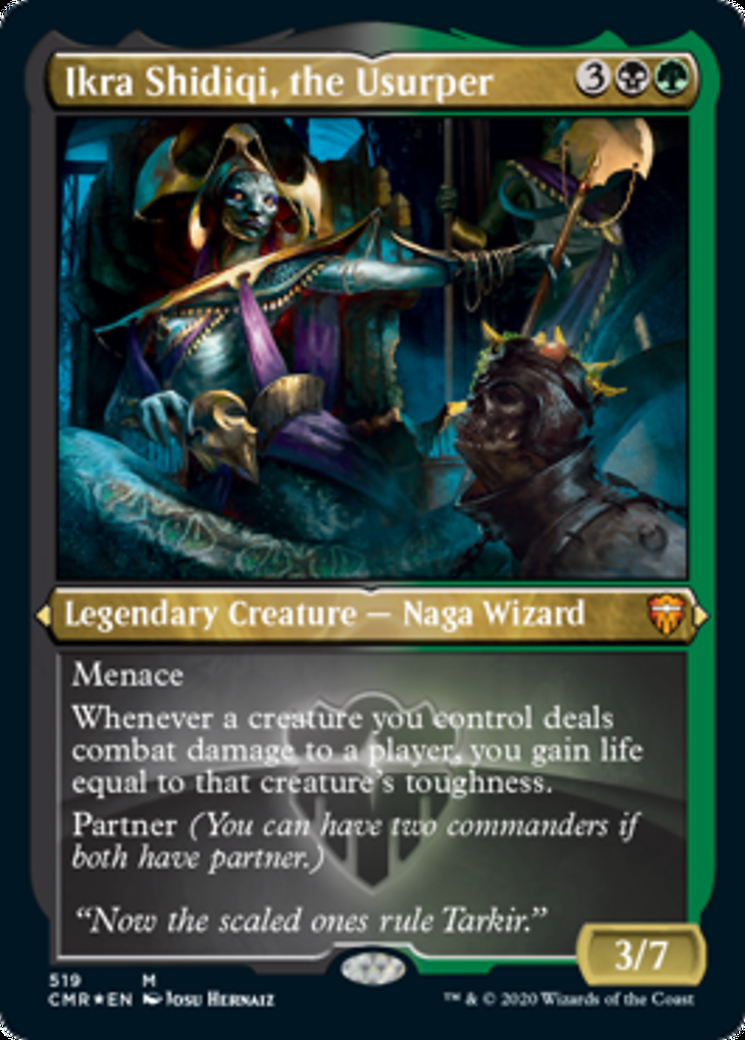 First off, I want to cover some thoughts I had about the balance of the decks. Now that we've been through ten half-decklists, I was aiming to balance things out by having an even mix of cards within each half-deck in terms of colour identity. For example, in the Azorius brew led by Ishai, there are nine Blue cards, nine White cards, six gold cards that are both, and two artifacts. This is a fine idea, but I wasn't keeping any sort of standard over each brew. This would mean that some decks will have more gold cards, some will have more artifacts, and some will have more mono-coloured cards.

The overall balance is also affected by colour identity. Some players will end up with four-colour decks, and some will have three-colour decks. Presumably, the players with less overall colours will have an easier time casting most of their spells. And not all three-coloured decks are equal. Depending on your partnerships, your pool may have more or less mono-coloured cards in it. Yet another way they may differ. 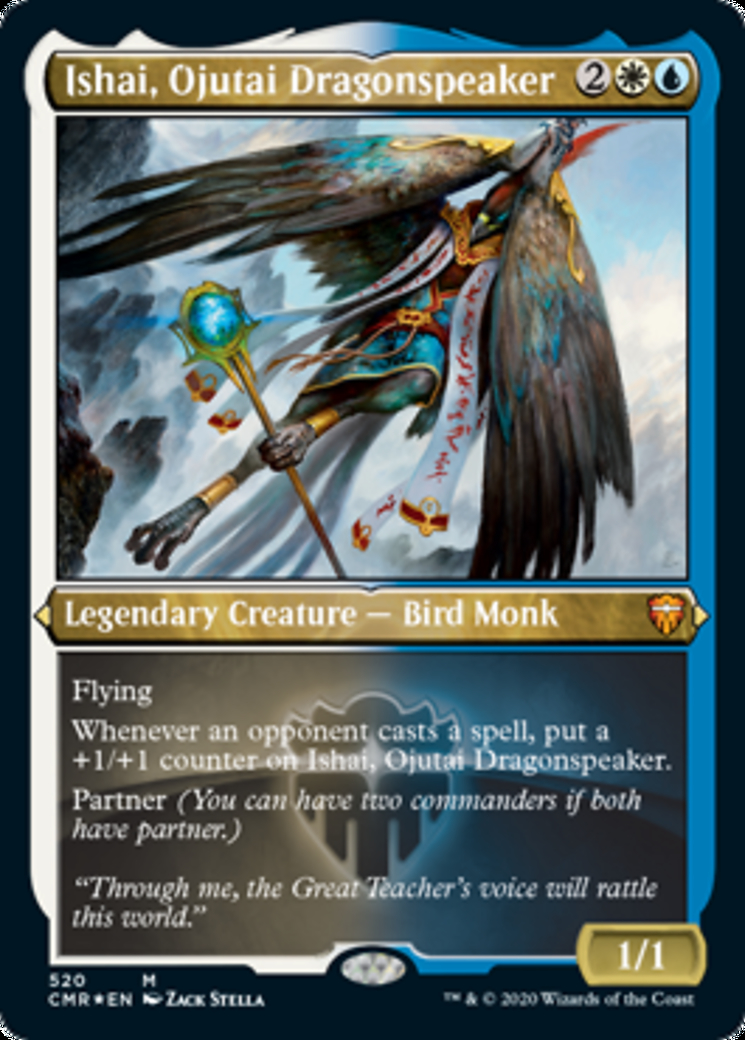 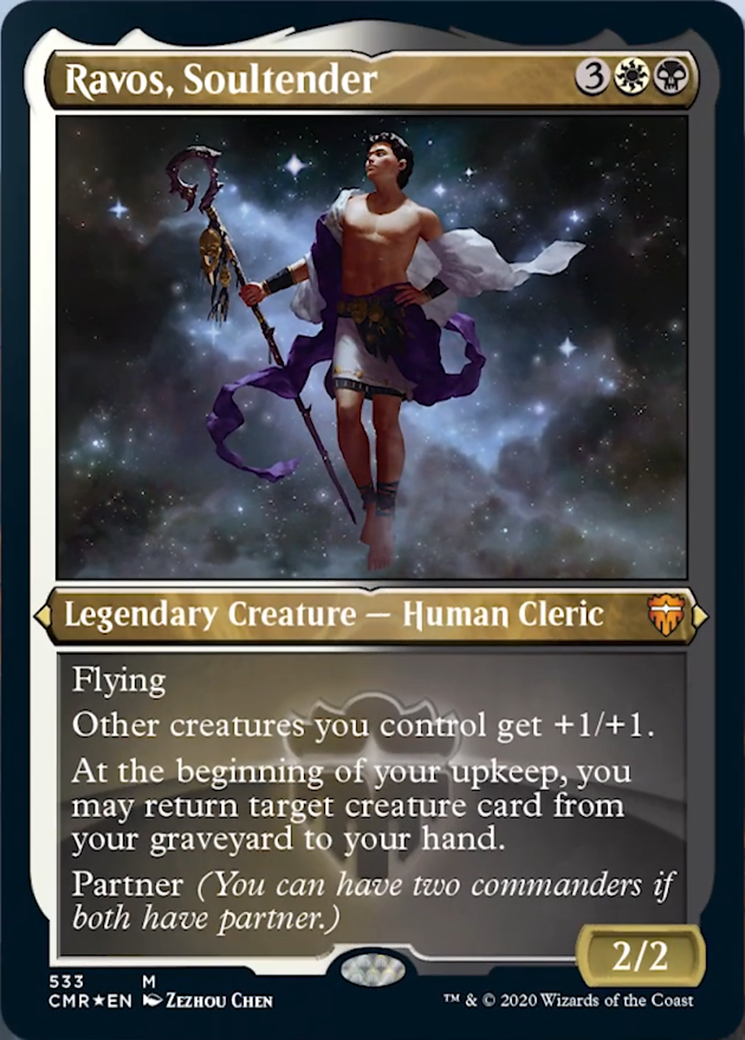 One other thing I would change if I were to go back and tweak things is the "devotion" of each colour. Counting up the pips, I did balance how many cards of one colour were in each deck, but I wasn't thinking about the difficulty of casting each individual card. Some partners have cards that require three of a specific colour of mana and some don't. I hope you don't get too many cards with three specific mana symbols on them in a four-coloured card pool!

Balance issues aside, I'd like to talk about the fun of the format now! I think we can forgive a few of these balance issues when each game will play out so differently from the last. Even if you've run one of your partners before, when paired up with a different teammate, the deck will feel totally different. With Commander games playing out the way they do, I expect players to discover fun and surprising "secret" synergies when two Partners' pools are brought together. The fun comes from the surprise and discovery! At a certain point, if all I were to do is count up pips, and CMC, and make sure that each deck had exactly one hidden card that was highly synergistic with another partner's pool, there wouldn't be any room for any half-deck to have any style of it's own. 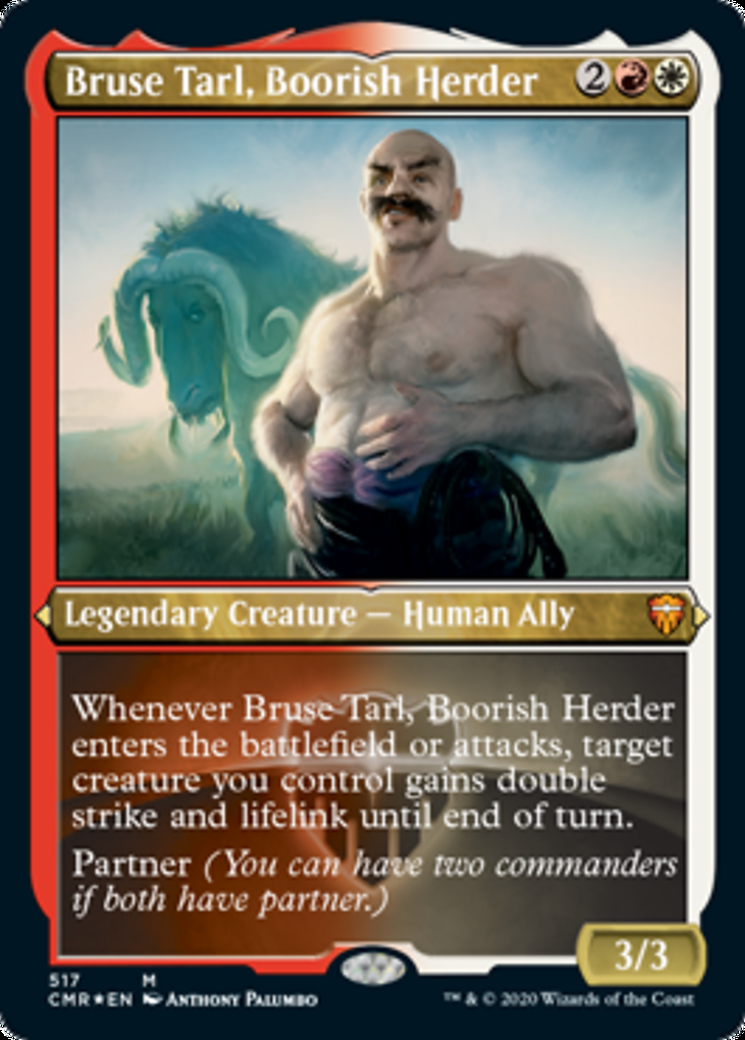 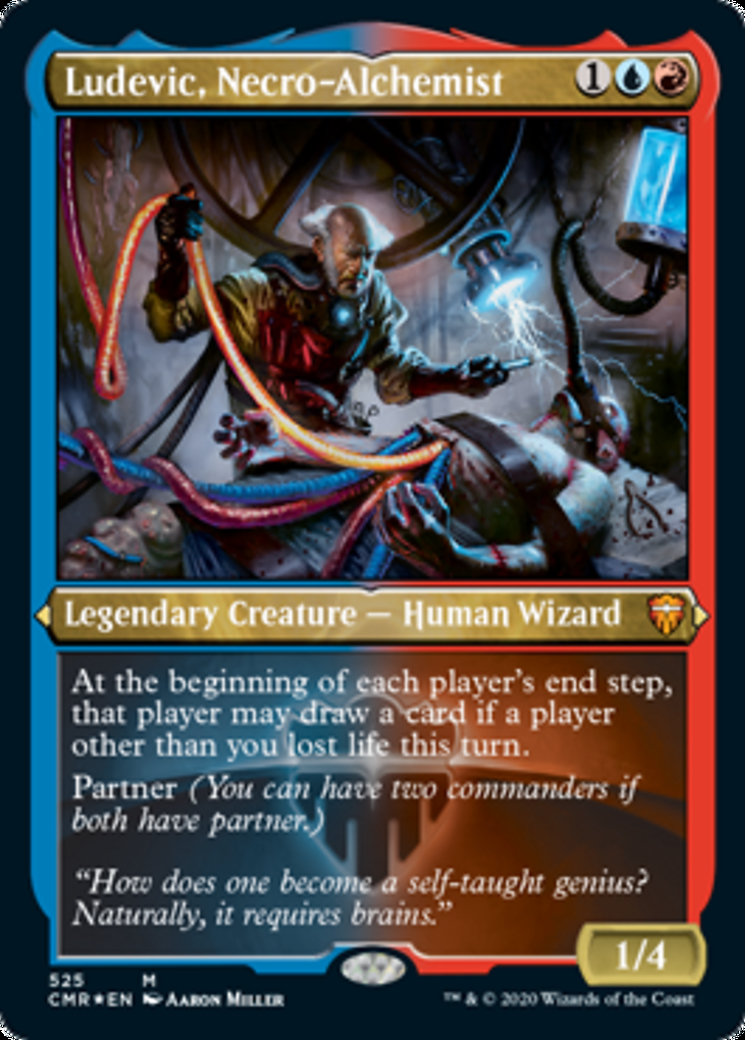 So, how do we put it all together?

The lands are the most complicated part. It won't do to assign each partner 20 lands as well, because if they don't share any colours, there won't be any lands that can produce two colours across both Partners. And if they do share a colour, that shared colour will be over-represented! The best solution seems to be to come up with a formula for a tri-colour and a four-colour deck. A lot of this comes down to budget. We like budgets at the Commander's Brew!

Every deck should get Evolving Wilds , Terramorphic Expanse, and Command Tower. Then add all possible guildgates, "gain" lands and "bounce" lands. For example, Dimir Guildgate, Dismal Backwater, and Dimir Aqueduct in Blue-Black. Then an even mix of basics to round it out. For the four colour decks, I'd say all possible guildgates and "gain" lands, plus the four eligible "Tri-lands". Like Arcane Sanctum. Four colour decks get a few more non-basics, but that's because they need them the most.

How do we split up the Partners? We can't put in lands until we know which Partners we're using. The simplest way to divide it out would be to do it randomly. It wouldn't surprise me, though, if a few Partner pairs work a little better together than others. To balance things out a bit more, I recommend that everyone picks one partner in order. Then, after everyone has their first Partner, they pick their second in reverse order. This way, whoever has the advantage of first Partner has no control over who they get teamed up with, and the player picking their first Partner last gets their advantage by immediately getting to pick the best co-Commander. 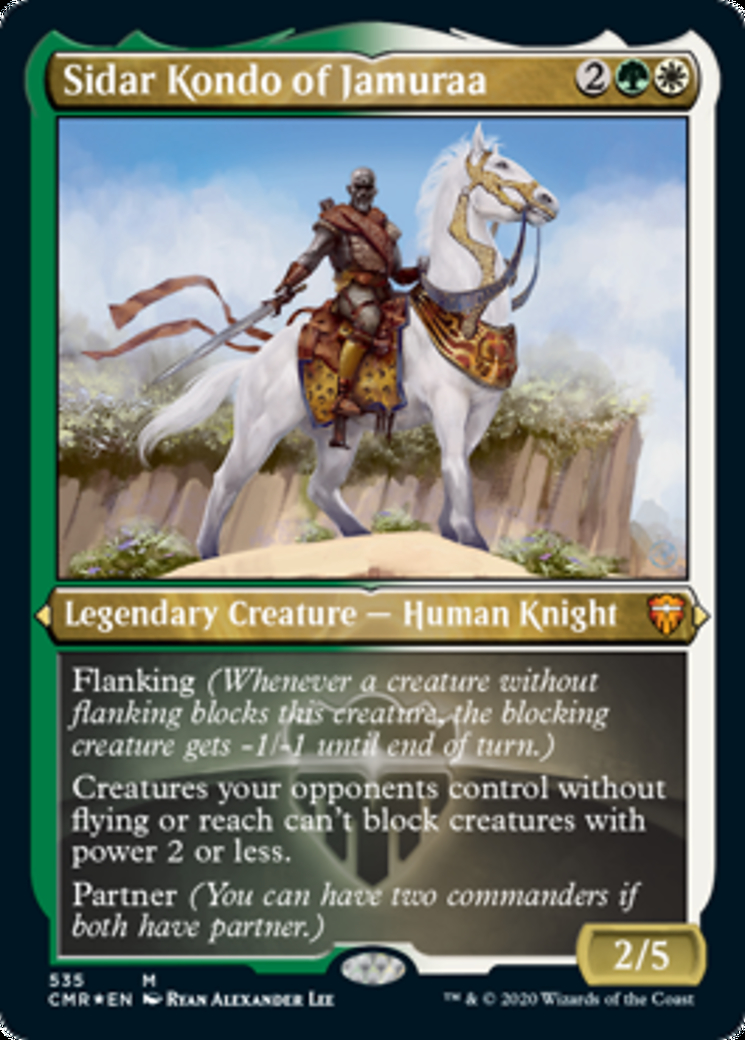 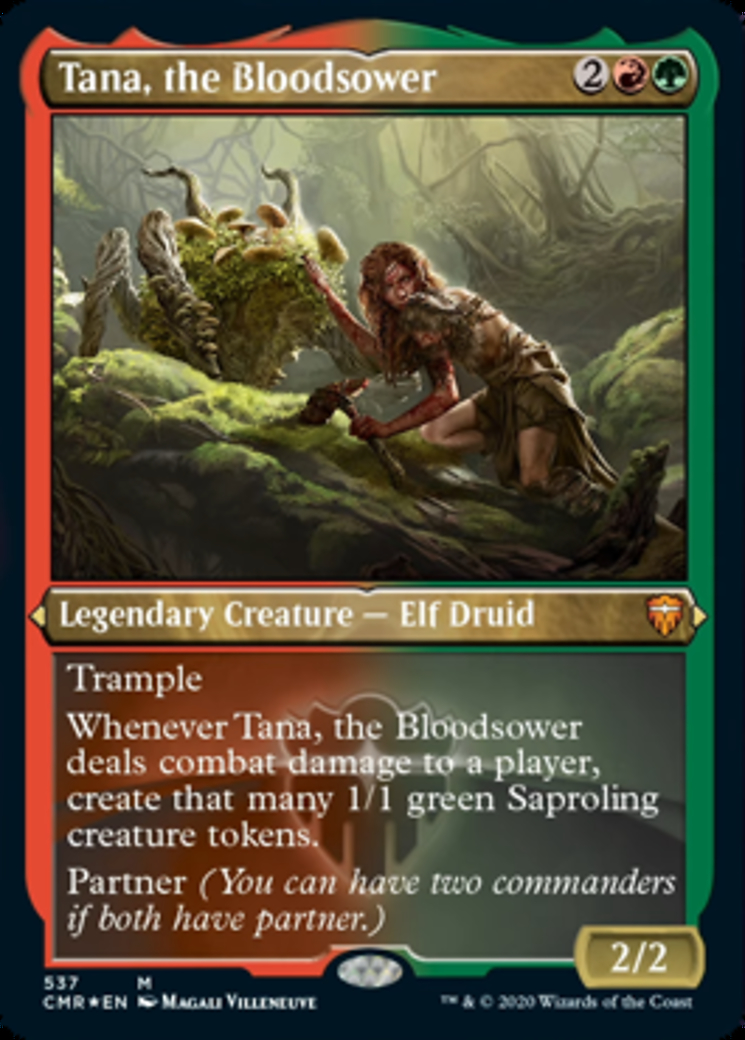 Whew! What a fun series to have gone through. Thanks for reading along and imagining how these decks might play out. If anyone decides to try this experiment, please let me know how it turned out in the comments below! Or at the very least, which two lists would be fun to pair up! Personally, I'd love to see Sidar Kondo and Tana team up. All those tokens!