The Modern Rogue Report - All My Marvellous Dragons

Hey everybody, and welcome to the twelfth instalment of The Modern Rogue Report. I'm Cody, and this week we're going to be taking it reaaaaaaaally easy with a big ol' clunker of a deck. When it goes off, it's super sweet. And when it doesn't... well, at least your opponent had a cool deck, right?

Don't get burned, because this week we've got a DRAGONSTORM! 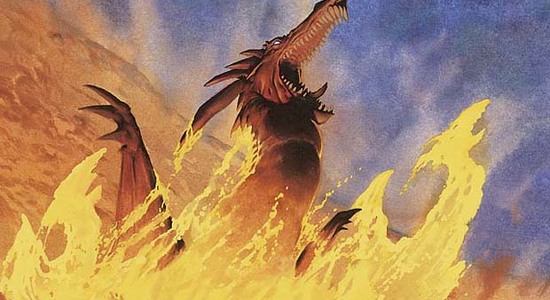 Sometimes you just have to take a silly deck out to your local Modern league and cheese people. This is exactly one of those decks. Winning is not all that likely with Dragonstorm, but it's almost sure to crush at least one person's spirit along the way.

So from the deepest, dankest depths of Timmy-Timmy Land, I present you with Marvellous Dragonstorm:

There's a ton going on here, so let's break it down. The general idea is to use Lotus Blooms and mana, or Aetherworks Marvel into a Dragonstorm. If you've got Aetherworks Marvel out, hitting one dragon also isn't the worst back-up plan, but methinks we'd rather just go for the OTK. 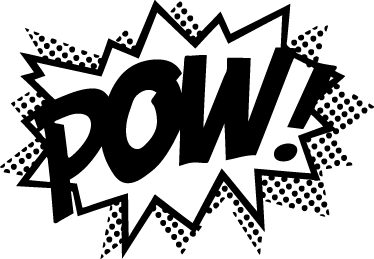 As a neat little back up plan, this deck also has Sins of the Past and Spelltwine as ways to cast Dragonstorm from the graveyard if it ends up there. That way, it's not the end of the world if you have to use Faithless Looting and toss away a Dragonstorm. Spelltwine can also do some pretty broken stuff if your opponent also has foolishly left some potent spells just lying around in their own graveyard too.

As Carlos Gutierrez mentions here in his original article, Thirst for Knowledge goes a long way towards correcting some of the terrible draws this deck can have. It's stretched so far into different energy and Lotus Bloom mana themes that the ability to pitch extra copies of Aetherworks Marvel, Woodweaver's Puzzleknot, and Lotus Bloom is necessary to smooth out the decks's draws.

I'm not really the biggest fan of the sideboard of this particular build, but really, you can do whatever you want if you're playing with Aetherworks Marvel. It is a good idea to assume a backup plan to Aetherworks Marvel is necessary. But whether the correct back up is somewhere between Gifts Ungiven, Bring to Light, and Unburial Rites, well... I'm not too sure.

One of the features I love about this deck is, in actuality, it probably doesn't matter what MOST of the dragons in the deck are. Karrthus, Tyrant of Jund and Atarka, World Render make the cut because well, a storm count: 2, Dragonstorm is pretty achievable AND it's a one-turn-kill. However, what happens when we can't rely on this combo? Say we accidentally drew Karrthus, Tyrant of Jund and Atarka, World Render. What do we do? Slam Bogardan Hellkites and Dragonlord Atarka for direct damage?

I am a little upset to see no Dragonlord Silumgar in the list above. Pffft, it gives love to all the OTHER Dragonlords but not SilumDad? But to be fair, while Silumgar may have a great effect there are so many great removal spells in Modern it'll never really live that long. Still, it may be worth considering later.

I have to admit, I can get behind having a one of Nicol Bolas in the list. That's a pretty darn powerful effect. I can also get behind damage dealers like the Dragonlord Atarka and Bogardan Hellkites. Dragonlord Kolaghan is probably fine since it gives other creatures haste and has a back-breaking ability against some decks. Dragonlord Dromoka can stick around too because shutting down your opponents' interaction on your turn is super powerful.

Personally, I'm still on the fence about Dragonlord Ojutai. Don't get me wrong, a free Anticipate is pretty powerful and so is pseudo-hexproof. However, it doesn't do anything immediately upon entering the battlefield, and its hexproof doesn't extend through it attacking. For the sake of deciding a on a number, I'm going to cut Dragonlord Ojutai and one Bogardan Hellkite for now.

There's a vast bank of talent with the creature type dragon, so let's see what some of the other powerful options are:

Okay, so there are a lot of dragons with really powerful effects; the problem is that most of them are properly costed. If we ever have to get down to the hard-cast plan, Dragonlord Ojutai does an amazing job of coming down earlier than most of our other gas and has an ability that, if it connects, can help us draw into more gas quicker.

All-in-all, this deck is a stinker. It's a silent but deadly one though, as you can definitely get people with it. Dragonstorm is still storm, and is still pretty good against control decks. If you can get a storm count of three or four going, it spells bad news for users of counter magic.

I wouldn't recommend ever playing this deck at a competitive event, but if you're looking to have some fun and remind yourself why you started playing Magic - this deck is fantastic.

I would love to see a different sideboard for this deck and have thought briefly on it. I'm thinking that in the future, I may try to take this sideboard in the direction of Through the Breach, Emrakul, the Aeons Torn, etc. Potentially with a Xenagos, God of Revels and a couple Tooth and Nails in the sideboard. Who knows?

There's not really much you can do with big, dumb, powerful dragons. Here's to hoping for Dinostorm in the future!

Thanks for popping by for the twelfth instalment of The Modern Rogue report. Next week, we're going to get back to the more competitive side of things. I'll catch you next time!