Hey there everyone, and welcome back to 24th instalment of The Rogue Report!

It's been a little while, but last time I promised to take a look at something more competitive for the current Modern PPTQ season. That's why this week, I'm taking a look at Colourless Eldrazi Aggro, an interesting hybrid of powerful aggro creatures and disruptive elements.

My personal choice for PPTQ season has been Burn, but the results have been less than I'd hoped. I was able to Top 8 a 71 player PPTQ with Burn, and went 3-3 in Swiss in the other two I played. I switched to Tron for one and 4-2'd, but missed out with poor tie-breakers. Living End, although my pet deck, felt like a horrible choice and secured a solid 2-3. 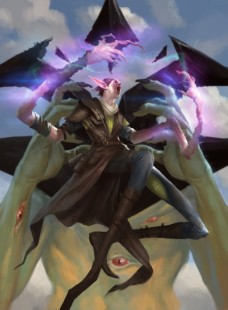 I'm not saying Colourless Eldrazi never crossed my mind, I just don't have the experience yet to justify PPTQ'ing with it. Then I saw a Southern Ontario PPTQ-go'er, Michael F., playing the deck. Some of the deck's draws are nearly unbeatable (Early Chalice of the Voids? Yay!!) and its pilot has the luxury of free mull-agains with Serum Powder.

What a neat card, huh? Don't like this seven? Take another seven.

The best part about Serum Powder in this deck is that not only is it here to help fix your hands, but the wonder-powder also provides colourless through Blood Moon to continue to cast threats. Plus it provides casual ramp, and a great interaction with Eternal Scourge. If you don't like a hand that has a Serum Powder in it, that's fine. Ship it for another hand the same size. Did that hand have an Eternal Scourge in it? Great! Now you can cast the Eternal Scourge from exile, so it's almost like you kind of drew an extra card off of that Serum Powder. 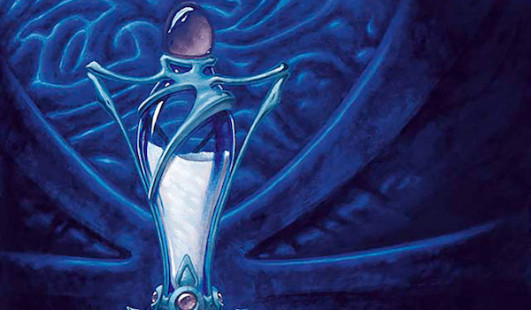 What a bunch of neat little tricks!

If those nuggets of great deck-building don't impress you enough, how about some straight-up free wins?

I hear Chalice of the Void is a really strong magic card, so we'll naturally run a four-set.

Without further ado, let's take a look at an example of this colourless menace:

The deck has evolved a little bit over the past few sets, with the most notable addition probably being Zhalfirin Void. The deck is basically still the same though, and functions just like it used to.

If you have any interest in this archetype at all, I suggest acquainting yourself with the writings of Jordan Boisvert. Jordan's a gnarly dude with some really great ideas and well thought out/laid out material. He's a writer over at Modern Nexus and has written a TON of material on Colourless Eldrazi, as I believe he is the one who is responsible for "popularising" the deck. 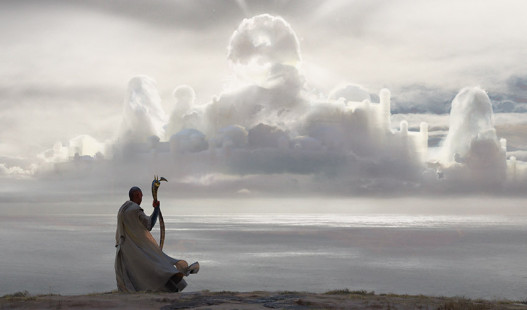 Here's a link to his article archive on Colorless Eldrazi Aggro: ModernNexus

This deck has definitely proven it can hang with the top contenders and has been known to sneak in to the top tables of a non-zero number of events. Blazing speed, very neat interactions and brutalising stompy-type creatures with a dash of disruption are the perfect marriage in this rogue strategy.

I promised I'd deliver some content on a deck that I'd personally be comfortable playing at a PPTQ, and this is a good example. As I said earlier, I just haven't put in the matches with it yet to take it to a higher-level tournament. However, I do believe in the longevity and the power-level of this archetype. It's one of the decks that I have that's currently keeping itself sleeved, so that's at least a decent sign. 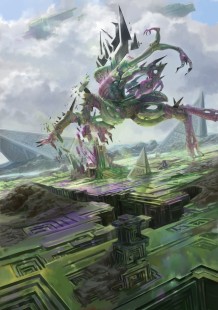 The one thing about this deck is that it's relatively difficult innovating on. The list is pretty tight and functional, but the card selection is limited and the sideboard options for this archetype feel VERY scarce. That's something that could ultimately hurt the longevity of the deck.

If you happen to have an Eternal Scourge die to combat (it does happen), you can use Relic of Progenitus to target yourself, exile the Eternal Scourge, and then you're able to cast it again! This thing will come back more times than 2Pac. For real.

For further knowledge, I VERY much recommend reading Jordan's writing on the subject. He has a lot to offer and is the forerunner and pioneer of the Colourless Eldrazi Menace.

Until next time,
Thanks for stopping by and checking out the Rogue Report! Good luck this Modern PPTQ season, and let me know what you think of Colourless Eldrazi in the comments section below!