The Modern Rogue Report - Off the Wall Magic!

Hey there everyone and welcome back to the 20th instalment of The Modern Rogue Report! I'm Cody McCowell and this week we're going to be slacking a little bit. I found the deck I'm covering this week over at www.hareruyamtg.com, and boy is it a sweet one. So today we're going to be taking a look at Wall-Ramp combo by Nakagawa Natsuki. 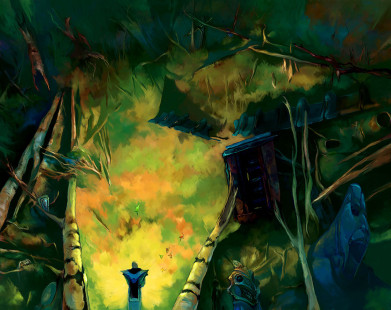 The deck was good enough to Top 4 a small event with ten players and has been incredibly fun to goldfish games with. With Grand Prix Toronto having just passed, I wanted to wind down and have a little bit of fun as I've been doing a good amount of fine-tuning and testing otherwise.

Alright, let's dive in first and break it down after:

Let me be the first to admit I am DEFINITELY no expert on this deck. If we want to talk more my ball park, let's have a chat about Living End. I have some great advice there.

However, this deck is a prospect of my current research and I've only begun to dissect it. It has a surprising number of lines of play and a handful of combo plays that actually require a bit of attention. This strategy is based off of an old concept, as Staff of Domination/Wall decks have cropped up in the past.

It seems that the main idea of this deck is to block its way into the late game using wall creatures. Ensnaring Bridge also really goes a long way in pushing us later into the game against aggro/mid-range decks. This deck has the ability to Whir of Invention for Ensnaring Bridge, but more on Whir later.

Once in the late game, the deck uses its critical mass of walls to either attack, if you have an active Assault Formation, or to otherwise go for the combo victory. The combo wins involve infinite mana with Overgrown Battlement and/or Axebane Guardian with Staff of Domination. You can use the Staff of Domination to untap one of our "mana dorks", tap the dork again, untap the staff, repeat steps ad infinitum. It's worth noting that to net mana this way, four walls are needed if only one of them is a mana dork that can tap.

With infinite mana, the staff can be used to draw a card, untap itself, and go on to draw the rest of the deck this way. Blue Sun's Zenith can be used to force the opponent to draw their deck and then pass turn, so they will lose the game for having no cards to draw. Infinite mana can also be used to gain infinite life with Staff of Domination.

Did I mention Staff of Domination can be used to tap all of the opponents creatures first, before attacking with our walls (if using Assault Formation)? What a crazily effective card in this deck; the staff is really pulling its weight here! 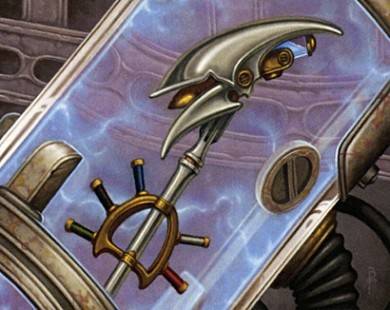 Dusk // Dawn and Rally the Ancestors are our assurance package against board wipes and non-exiling spot removal. These two cards can help re-assemble an infinite mana-wall package from the graveyard so the opponent never quite feels safe.

Another aspect of this deck I really enjoy is the ability to tutor artefacts with Whir of Invention. This provides a certain level of flexibility in side-boarding that I can really appreciate. Worried about Storm? Include a one of Damping Sphere. That way, along with the three copies of Whir of Invention, you already have "four copies" you could draw. Just can't beat your friend's crazy Modern-Ally deck? ETB's? Whir of Invention for a Torpor Orb. See what I'm getting at?

Are we protecting ourselves against our 0/3 one-drop getting Slaughter Games'd or something? I guess it is a Maelstrom Pulse precautionary measure... I'll never know, maybe it's just for the lulz. 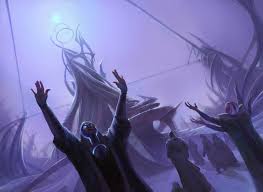 Bonfire of the Damned can also be used to nuke the opponent for the win, if you have a red mana available that is. Steam Vents or Axebane Guardian can be used for the red-mana requirement, all that's needed after is as a lot of mana... which is kind of our plan anyway.

I strongly recommend trying this deck at least once. It's a pretty interesting puzzle sometimes, and has a few different ways to win the game. It's definitely got that "WOW!" factor, and is certain to make your opponents read more than a few cards. Just remember, this is taking time off the clock. Always be aware of the clock when on a silly brew. That's something I like to do, at least.

This deck has it all, it attacks with defenders, it combos people out with Blue Sun's Zenith and or Bonfire of the Damned, it enrages people with the ever frustrating Ensnaring Bridge plus walls to back it up... It plays like a dream.

Enjoy it for yourself - and that's it for this time!
Thanks for dropping by and we'll catch you next time on The Rogue Report!