Hey there everyone,
Happy New Year!

It's been a busy time of year and my writing has been less frequent. But the Magic has been great and life is good!

There was a little bit of a lull at the end of 2018 for me. Whenever I'm not playing tournaments all weekend, something feels off. I may have to get used to this new found free time over the weekends with the PTQ system making its return.

This time around, I wanted to do some open brainstorming and reflecting on an initiative I took up in 2018; Team Magic. Since I started playing Magic in Thunder Bay, ON, there was a relatively talented group of players coming together as a team under the wing of Thunder Games and Gifts. This team set the framework and ideals for me to develop my own team and really showed me the benefits of combining individual players' strengths and resources. Now don't get me wrong, the team I've started isn't littered with Magic Pro League players, or even ex-Pro Tour competitors. But on a local level I feel like we're a force to be reckoned with.

Originally I asked a few of my good Magic friends, Dayle "the L1" Chapman and Frederico "the Brazilian wonder" Prado to join me on this venture and I was met with excitement and enthusiasm. We then asked a handful of the best players we could think of locally who we'd also mesh with well on a personal level and who already didn't have a team or a practice group. These players consisted of champions of our LGS' (Black Knight Games) leagues and avid competitors from multiple formats. The group swelled to 12, our maximum number and then dropped to eight as we figured out the ins and outs of team requirements such as attendance, team roles, etc.

There are a lot of benefits that can be provided by working together as a team in Magic. Some of these include:

- Sharing cards between teammates. I can't tell you the last time I played a deck that I 100% own. These guys are my rock and allow me to play whatever I want, when I want. We're also quick to lend full decks to each other, and this helps take away some of the financial strain of Magic.

- Ride share - A huge part of competitive Magic is sharing hotel rooms and rides/flights with friends. So when it comes down to it, we're all ready to discuss carpooling, the most central meeting location to cut travel/gas costs, etc. 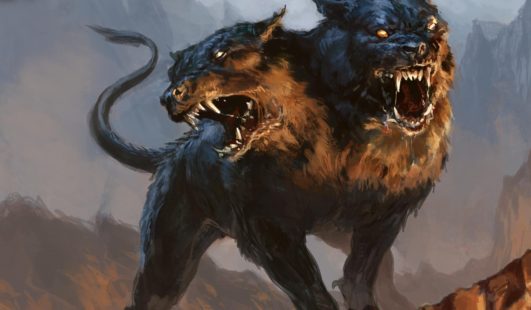 - Boosting - We've recently run into this opportunity. Our LGS Black Knight Games is having a Championship Invitational on Saturday, Jan 5th, culminating the 2018 year into a final triple format tournament. People have been competing for over seven months to earn spots to said event. Luckily we currently have six of our eight members qualified. Therefore, during the last chance qualifier (LCQ) events, we're able to work as a team to propel one of our unqualified members into an invitation. If we play any of our own team members, if either is unqualified, they win. This isn't my favourite thing in the world, but it's definitely real, and players can stand to benefit from it, as well as be burned by it. 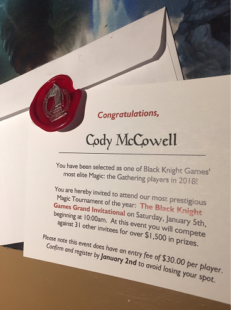 - Structured practice - There are a lot of really good Magic players out there. A lot of people claim to "test" and this always raises an alarm bell for me. I feel like when talking about "testing" a lot of players just jammed a few games with it and called it a day. Now don't get me wrong, I'm no guru or anything. There are probably great ways to practice as a team that I'm currently unaware of. However, jamming games is not the way to do it. You could just play an event. You could just be making the same mistakes over and over again without realising it.

I've been really digging spotter-practice. With our team, the activity we get into the most is one vs. one matches with spotters. This is something I picked up from Northern Ontario magic guru Peter Shmanka, indirectly, as he had already left his role as Captain of Team Thunder (Thunder Games and Gifts) before I had joined the team. I was adamant about adopting this method and am still learning more about his management and structuring of a team, as so many people I've met over the years have had only amazing things to say about his knowledge/management/procedures. Our players are getting better and faster because they are seeing more lines, discussing more options/outlooks and helping each other see things in the moment from multiple perspectives. Playing a game of Magic with a spotter is like driving a car with a passenger-seat driver. They can be a little annoying in your ear, but they've likely seen things a little differently than you have and can provide a different point of view.

- Moral support - Isn't it just nice to have someone in your corner? Someone rooting for you? Personally, I always feel slightly more confident when walking in to a tournament with my buddies, knowing that one of us will probably do well. It's not a wasted trip/day if one member does well and for the ones that don't, you've got a bunch of friends with you and you're still playing the game you originally fell in love with. Teammates can be crucial in re-grounding you after a tough loss, from inflated ego syndrome, an ugly judge call, etc. Sometimes just hearing that somebody else knows that "that judge call was garbage" is enough to help you brush it off and realise even judges make mistakes. Unfortunate mistakes will happen.

- Keeping each other in line - Believe it or not, I've always had a problem with discipline in Magic. I get so bored playing the same deck over and over again that I usually play some sort of janky brew-type deck. I love winning with cards people have never seen and never lost to. However, starting a Magic team with the hopes of getting it competitive and being a jank-lover don't really go together. My teammates are essential in reminding me that I can play ALL the jank I want on my own time on MTG Arena, MTGO, at practice... I mean it, I really struggle with this one. Teammates should be there to bring you back down to Earth and remind you why you joined a competitive Magic team in the first place. Although, there is some merit in catching the meta off-guard sometimes.

- Stats and Data - Within our group, we've loosely assigned roles to different people. For example, two people are our "proxy team". They are responsible for making proxy decks, holding those proxy decks and bringing them to practices. Another member is designated to spreadsheets; he keeps track of all the dates we play, our records, the decks we own and can lend to each other, practice attendance, etc. Assigning small roles to each individual (that can be changed up in regular intervals) will definitely help the fluidity and smoothness of getting the behind the scenes work done. Another person (myself, actually) is responsible for booking practice rooms, team parties, and bonding events, as well as the weekly announcements (done on Facebook) before practice night.

Just for some perspective, let's take a look at how we've been doing:

We've been practising together since Oct. 22nd, and this is what we've been able to achieve so far.

We've been able to put members into the Top 8 at most of the tournaments we've went to, with the exception of one or two unlisted. Plus we usually have a player or two bubbling on Top 8. On a local level, this early in our team days I'm VERY happy with these results.

We did some voting for Captain and Assistant Captain (which will change a few times a year). Even though I'm among the most experienced players on the team and was voted Captain, I was taken down by our newest and least inexperienced member, Keith recently in a PPTQ finals. After six months of playing Magic competitively, we were able to put Keith into an RPTQ. That tells me we're doing at least some things right.

The Captain and Assistant Captain (held by Rick Reid) spots aren't really all that relevant. They are just positions for team members to be elected to help run and structure practices, be more active in idea development such as fundraisers, and most importantly, they will act as the "End Bosses" in a new event type we're looking to start up in Hamilton.

Recently Tim Banky, a friend of mine that works at Black Knight Games, and I were discussing his old Magic team and he had some interesting advice. Tim explained that his team used to go into events looking to help their opponents do well. WHAT?!? That makes no sense.

Okay, so really, the idea is this: If you've won a match against someone, strike up a conversation! Don't let that person start getting down. Why, you ask? They're playing for you now! That player is going to affect your tie-breakers for the rest of the tournament, so if you can increase your percentage points a little by chatting with them after the game, building them up, making sure they use the right tech in the right match up at the right time... This can do wonders for your tie-breakers over the course of a 5-8 round tournament.

Now imagine if all of your team members are practising this, and ALL increasing their chances. Don't get me wrong, I'm not sure how much this can actually affect your tiebreakers. But Tim also mentioned that there is ABSOLUTELY nothing to lose by doing this. It encourages sportsmanship and a sense of community, promotes networking and making friends, builds a good reputation for your team, AND literally helps you marginally in the tournament. Heck, they might even answer back with some knowledge for you! 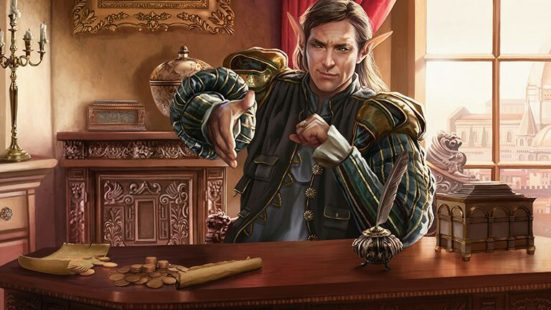 Developing a Magic team of my own and working together with seven of my friends to find the path to success has been a great journey over the past 3-4 months and is only going to get more interesting from here. We've voted together, we've brainstormed together, we've travelled, practised endlessly, developed fundraiser ideas and event types to hold, and most of all: We've had fun playing Magic together.

I couldn't imagine my next year in M:tG without my team and I'm looking forward to watching all of them grow from the mass amount of potential I've seen.

We were tentatively calling ourselves Aggressively Medium, but I'm almost certain that's going to change.

Until next time,
and until we find a better team name...

Special thanks to the best teammates in the world and the people I want to crush 2019 with: Keith Herechuk, Rick Reid, Frederico Prado, Aaron Stross, Dayle Chapman, Nick Davies, and Zach Turner.

Do you have any practice methods you could suggest to us?
Any team development exercises, resources or general knowledge?

Let me know in the comments below!