With Journey Into Nyx, the draft format will be shaken up by the removal of a Theros pack and the addition of Journey as the new pack one. That means the direction of your deck will be largely decided by what you pick in the Journey pack. Here I’m going to highlight my picks for the best common and uncommon in each color from Journey, and look at what type of deck you might want to lean towards if you do pick them up. 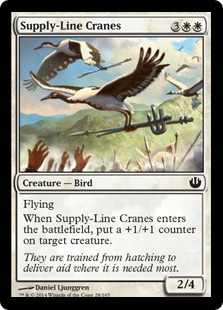 The worst this can be is a 3/5 flier for 5. This on its own is solid, but these birds bring more than that. If you cast this pre-combat, and augment a creature that can attack, that one power effectively has haste. It will often let your attacker punch through a blocker that might’ve been holding it back. Even though this toughness-heavy creature might appear to be suited for blocking, the Cranes will also perform just as well in an aggressive deck like UW or RW heroic. That said, this still does cost five and you have to be careful not to jam too many expensive spells into your deck if you are trying to be aggressive. 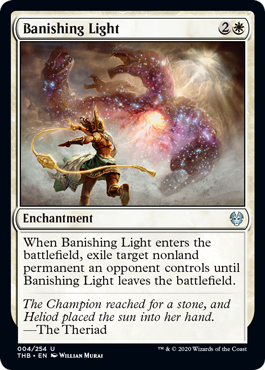 It’s pretty easy to see why this is an all-star in Limited. These days, it’s hard to find removal outside of rare that is so effective and easy to use. Even at sorcery speed, this is a great fit in any deck that can cast it: it works beautifully on offense or defense. A caveat is that, in this block, enchantment removal is quite prevalent and is even useable main deck. Be careful if you can afford to when playing this, as a timely Ray of Dissolution could lead to a blow out. 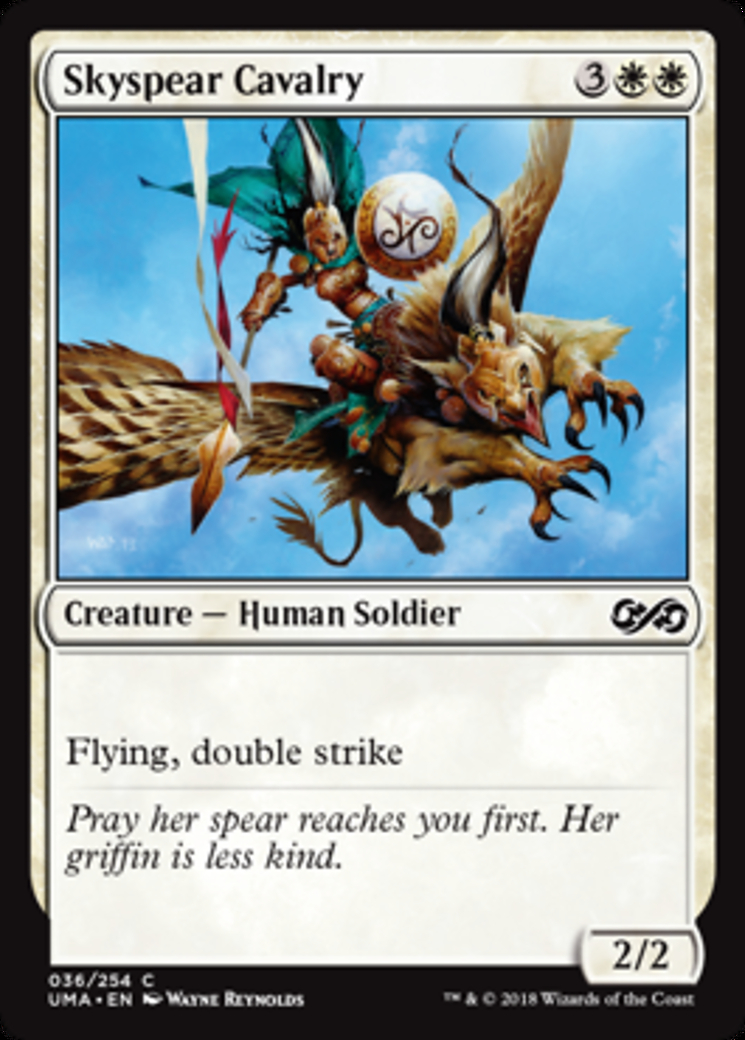 A five mana flier that hits for four is great by itself. Because it has double strike, any augmentation in the form of bestow, other auras, or combat tricks you may have become twice as effective. This is an extremely potent threat, and is probably the best non-rare white creature. 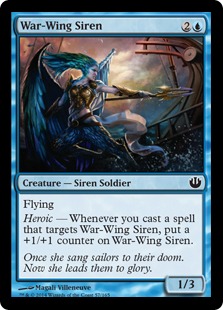 A big mistake many limited players made when Theros came out was underestimating the power of heroic in general. Wingsteed Rider in particular turned out to be just amazing and the best white common by far. This Siren is a bit worse than Wingsteed, as the extra toughness does not make up for the lost power on a cheap flier like this. Being a little worse than Wingsteed Rider, however, is still pretty darn good. Siren is also in blue, a color that hasn’t had any heroes that grow until now. This card slots perfectly into the blue aggressive deck. Since we lose a pack full of Wingsteed Riders and Battlewise Hoplites, this guy is hopefully going to be picking up the slack and will be another evasive threat that can you suit up with bestows and combat trick to beat down. 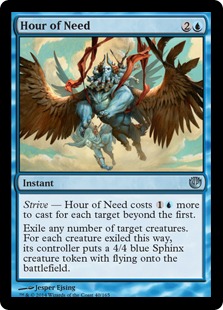 The power of this card lies in its flexibility: it’s good in so many situations. For example, you attack with two creatures into your opponent’s two creatures and he just takes it then goes to crack back on his turn. You turn your guys into sphinxes and block to kill both his guys and now you have 8 flying power that can attack on your turn. Here is another example: your opponent casts a removal spell on your guy, and you cast this in response and now instead of a dead creature you have an Air Elemental. In a pinch, you can even turn their huge bomb creature plus one of your irrelevant ones into Sphinxes to bring the board to at least parity. I also just like that this card rewards good technical play, as you’ll want to plan out the best line possible to get full value out of this. Keep in mind this can also trigger heroic which is relevant for some creatures like Triton Fortune Hunter and Wavecrash Triton. 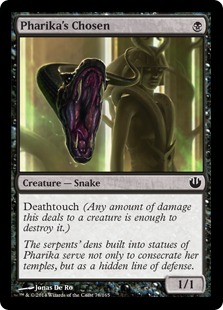 Calling this the best black common is based largely on how the format has played out so far. We’ve seen that black is usually a control colour in Born/Theros limited, and I’m guessing that that will still be the case with Journey into Nyx. For a control deck in this format, a small deathtoucher is one of the most optimal early plays. Cards like Baleful Eidolon and Sedge Scorpion can attest to this. A popular strategy in this format is the building up one huge threat with bestow and heroic. A deathtouch blocker like this is a great answer to that plan. This card also has the rare quality for a one-drop of being a decent topdeck in the late game, because it doesn’t matter how big your opponent’s attackers are, this usually still threatens to trade for their best one. 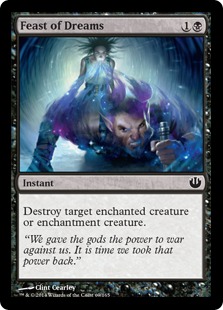 This card might just be awesome, as it is cheap instant speed removal. It does seem, however, like it is seriously limited by its restrictions. It’s hard to evaluate it without playing the format a lot more to see how often it will be able to hit a relevant target. 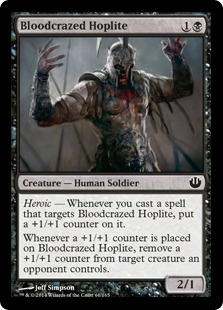 This guy seems very solid in an aggressive deck. The problem is the best black decks are slower controlling ones usually. If you find yourself playing an aggressive BR deck, I would recommend this over Pharika’s Chosen. 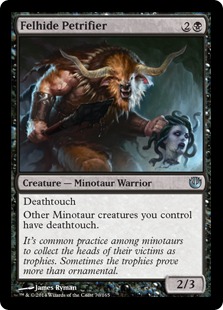 Much of what I said about Pharika’s Chosen can be said about this as well. This minotaur actually has decent base stats as a 2/3 for three. Petrifier is great at holding the fort against small aggressive creatures and has the upside of not becoming obsolete in the late game because you can trade him off for whatever hero they have assembled. He also can play offense fairly well since a deathtoucher is very hard to block for decks that might be relying on things like 1/4s for defense. If you bestow on this, he is a pain to double block as he will take down everything with him. The second ability on this isn’t why you’re playing the card, but will certainly be relevant sometimes. There are a relatively large number of minotaurs running around in red-black. The odd time you do give your Deathbellow Raider or Flurry of Horns tokens deathtouch will be quite good.