There have been cards early on in Magic that reward you for casting multiple spells such as Illusory Angel. 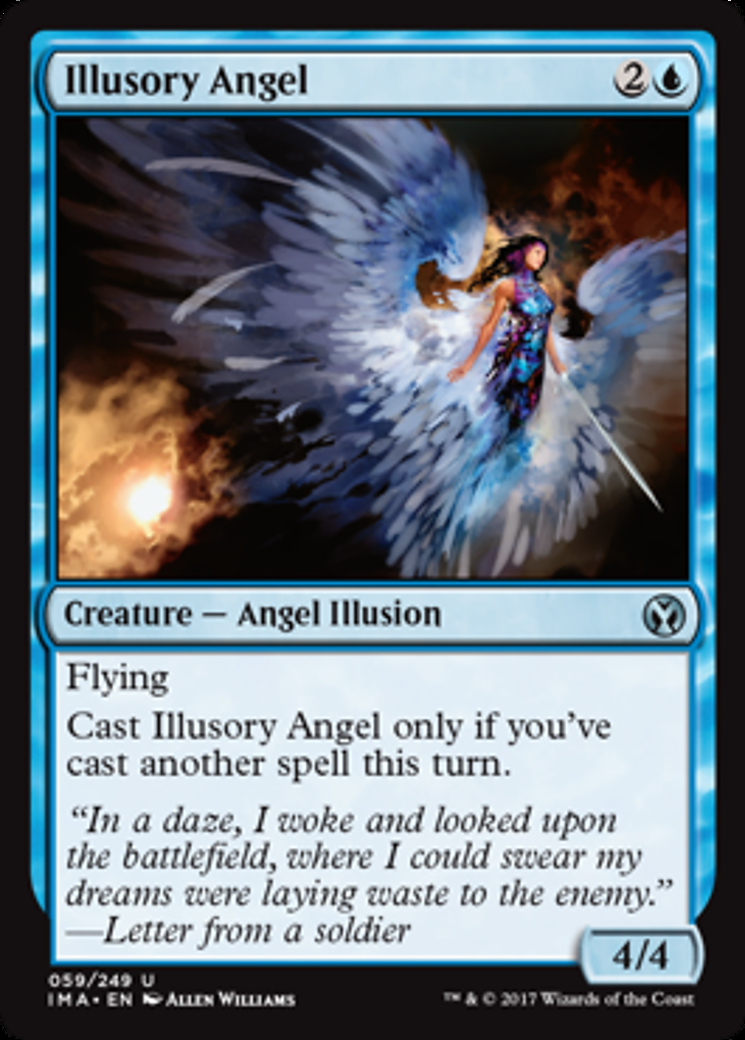 This card in this set would have been a 5-mana 4/4 Flyer with a Surge cost of 3-mana. What they’ve done is created a cleaner way of wording cards like this, but also allowing you to get bonuses for casting it with its Surge cost as well.

Let’s take a look at a card we’ve seen before, but in a new light with the Surge Mechanic, Comparative Analysis. 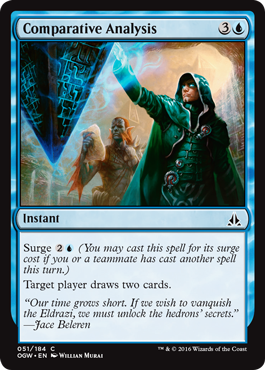 There have been many variations of this card as they try and make it so that you are able to get two cards using an Instant rather than a Sorcery.

Let’s look at past examples that have tried to get to that point. 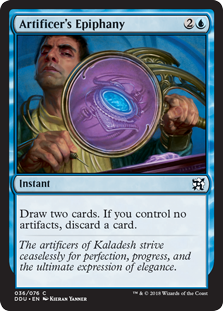 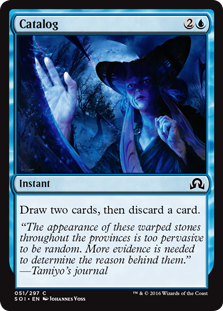 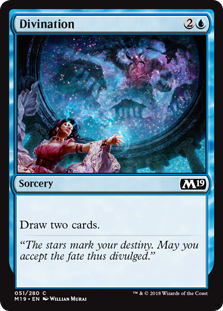 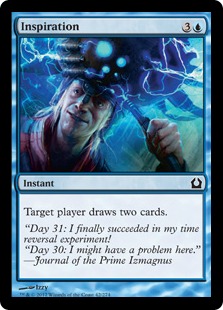 Artificer’s Epiphany – 3-mana instant that draws you two cards, but you must discard a card if you don’t control an artifact.

Catalog – 3-mana instant that draws you two cards, but you must discard a card.

Divination – 3-mana that draws you two cards, but as a Sorcery.

Inspiration – An Instant that draws two cards, but is 4-mana to cast.

Comparative Analysis has a chance to be the spell we are looking for, but only if we’ve cast another spell previously in that turn. There is of course, Two-Headed Giant where the dream is to have your opponent to play a spell, allowing you to cast it for its Surge Cost. Most times though, this will be more similar to Inspiration that the card we want it to be.

I look forward to seeing more cards with the Surge mechanic to see just how aggressive they are going to push the envelope when it comes to lowering the casting cost or the bonus it receives for casting it with its Surge cost. Only time will tell.

There is a new creature though that will give you a bonus every single turn you cast two spells, whether they have Surge or not, and that’s the newest Merfolk in town, Jori En, Ruin Diver. 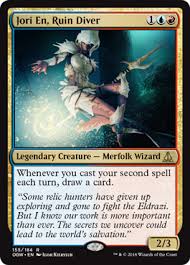 This is what I call, a very well designed card. It fits very well with the new Surge mechanic, but without being directly attached to it. The great thing about Jori En, is that it fuels itself. Once you are able to cast two spells a turn, you will then start to get the card advantage over and over again. They fit this card very well into the color wheel, as blue and red will most likely have the most opportunities for you to be casting multiple spells during a turn, with many times that being on your opponents turn as well.

I also like the fact that in the later part of the game you can cast Jori En and then cast a second spell later that turn to draw a card. There will be many ways to gain some card advantage using Jori En with the right deck build to go with it.

Leave a comment to let us know what you plan to do with these new cards. If you liked this article, please share it with a friend.