Going for the Gold: Do the Mardu!

I woke up early Monday morning, and logged onto the Magic the Gathering website with excitement to see the B & R announcement!

Really? Like are you kidding me? I had to make sure that I didn’t sleep too long or that it was April Fools. Reading the rationale that was given was clearly wrong. But that's neither here nor there. On the bright side, it gave me an easy topic to write about this week. We are now in the era of a two deck Standard format, Mardu Vehicles and 4c Saheeli.

“Oh but Sam, I can play Temur Tower or GB Aggro”

“Go ahead, you can also drive blindfolded but I don’t think you should”

GP New Jersey is in the books and it was the second time that I have played an aggressive deck at a high level tournament. I chose Mardu Vehicles because it has a great matchup against the field and the decks that are supposed to beat it. I ended up with a 10-4 record which was good enough for 62nd place, 2 pro points and $250 USD. This puts me at 24 pro points for the year and back in the lead for the captaincy for the UK national team. 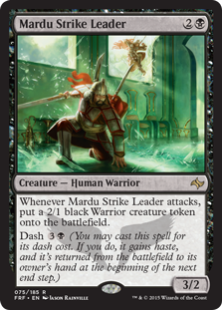 My records versus the various archetypes I faced were:

As you can see, I only played against three archetypes during the entire tournament and BG was just a blip on the radar. Realistically, I expected that the format would be a two-dog race and I had prepared for my side-boarding accordingly. For reference, this is the list that myself and Joel Repta played:

My biggest point of contention with the deck was its awful mana base. With an aggressive deck, you cannot afford to stumble and I saw a lot of mana bases playing Aether Hub. After my experience at GP Pittsburgh, I vowed to never play a Tendo Ice Bridge effect in a deck with very early drop creatures.

In order to make the mana work, you either have to pick a BW core or a RW core for the Mardu deck. I chose RW since it allowed me to play Veteran Motorist. I know that Walking Ballista is often played over it, but it does not crew vehicles or help you find Gideon, Ally of Zendikar which is what you are trying to do in the mirror and vs 4c Saheeli.

I’ve actually found that 4c Saheeli has adapted to Walking Ballista through their repeated uses of Oath of Chandra in combination with Felidar Guardian and after sideboard they get Natural State, Natural Obsolescence and Release the Gremlins. These reasons made me want to play a maximum of 2 Walking Ballista in the 75.

The other unique main-deck choices was Key to the City, a card I played at the Pro Tour that was very good against BG but was in this deck since it is amazing against 4c Saheeli. I chose to main-deck a singular copy of Release the Gremlins in anticipation of all the mirrors that I would face and as you can suspect, this card was either a hit or a miss. Pia Nalaar got the nod over Thalia, Heretic Cathar since I expected a lot of players to be packing Shock, and the falter ability does come in handy, especially if you have clues lying around or Scrapheap Scrounger with a lot of creatures in the graveyard.

In the mirror, you are advantaged if you are playing the late game cards and your opponent has early game cards. I had multiple opponents who had chosen to keep in their Toolcraft Exemplars and Heart of Kiran’s on the play, but this typically falls apart if you have any sort of defence or if they hiccup due to the deck’s fragile mana-base. I boarded the following way:

Release the Gremlins is fantastic at countering the 1-2 punch of Mardu Vehicles. Being able to do a great Viridian Shaman impression on Heart of Kiran and then trade with Toolcraft Exemplar is fantastic. The sideboard is geared toward keeping you alive long enough to play your powerful planeswalkers that will take over the game.

This matchup is all about making all of your threats relevant. Veteran Motorist is very inefficient as he is blocked by Thopter tokens and your opponent is attacking your Vehicles after sideboard. Also the cat combo is still a massive threat so having ways to offset it will be critical to your win-rate post sideboard.

Your opponent will be forced to play Felidar Guardian in order to shore up their defences and will usually have to block with it too. This is why Oath of Chandras are boarded in, on top of the reason that it beats the biggest problem for Mardu, Whirler Virtuoso.

I went 3-1 versus 4c Saheeli with this strategy defeating Matt Nass, Sam Pardee and Chris Pikula and losing to an inexperienced opponent where I drew really poorly and had no interaction in our side-boarded games. I feel like Mardu is very favoured in this matchup, as long as you know what the proper game plan is.

You basically morph your deck into more of a control deck that has less reliance on winning the game in the early few turns. BG wins through escalating their board presence so you are able to punish them for playing too little with creatures and Unlicensed Disintegration, and also punish for overcommitting to the board with Fumigate.

I’m not sure why anyone is still playing BG as it loses to both Mardu and 4c Saheeli, but sometimes people just want to feel like they are playing smart magic with the illusion of control.

So if you are planning on playing a Standard tournament in the not too distant future, I’d very much recommend playing my list of Mardu. It is possible that you want a few copies of Fatal Push in the sideboard, and this really helps against BG and Mardu so it might be right over Oath of Liliana. The real “pull” to this card is that it allows you to break up the Mardu nut draw on the draw.

I never once drew Key to the City in the tournament, but I was told by my teammates who had played it, that it was ridiculously good. We have at least another 6 weeks until the next B&R Announcement, so make sure that you get all the mileage you can out of Mardu and 4c Saheeli while you can!

Anyways, how did you feel about the lack of change to banned list and how do you feel about the current state of Standard. Let me know what you think and I'd love to hear from you. So either post in the comments below or tweet at me (@SammyTMTG). And, if you want to keep up with my articles and happenings, please make sure you hit the follow button for Twitter @ SammyTMTG. I’ll see you next week!