With Commander 2020 out of the way and a brief look at some other notable cards printed in Ikoria, it’s about time we discussed what Companions will be looking like and how they may affect the format. Time is more often spent on Commanders, but now there’s a new aspect that people have to keep in mind. Should you be running Companions and is there enough of an upside to skew your card choices around them? Let’s talk about deckbuilding with them and the opportunity cost attributed to running them. 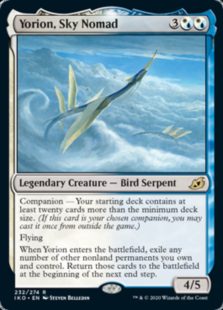 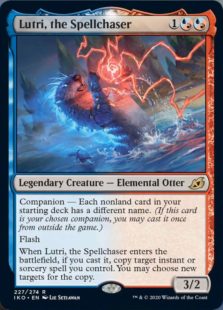 For starters let’s look over the rules of how you can include them in your deck. They aren’t part of your 100 card starting deck (which includes your Commander), and they must be within the colour identity of your Commander. Once a Companion enters the game, they stay in it and won’t return to the zone where they originated from. That means if they die, are countered, or are exiled they will go to your graveyard or exile and not back to what I’m going to call the Companion zone. You have to be more careful about when you play your Companion as opposed to when you play your Commander.

There are already two Companions that aren’t playable in Commander. Yorion, Sky Nomad requires you to increase the number of cards in your deck. 100 cards are both a minimum and maximum in EDH and as a result, you can’t just add twenty cards to your deck and include Yorion as your Companion. The other is Lutri, the Spellchaser. This would have been an auto-include for all blue and red decks going forward. However, Lutri was emergency banned as soon as it was announced. An unfortunate turn of events as I believe many people have loved to have access to that adorable elemental otter. I mean just look at it, it looks like it's playing with the ball! It doesn’t get much cuter than that! 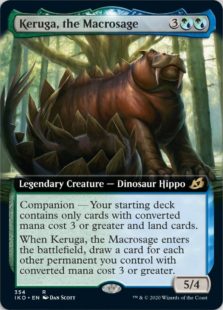 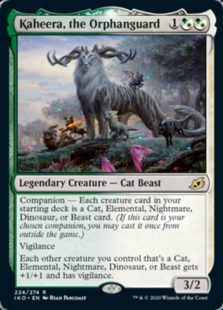 So each of these cards has a clear upside. Most of them have powerful effects at a reasonable mana cost and running them doesn’t affect the number of cards in your deck. If you’re running one Commander, it expands you to start the game with nine cards in hand (if you keep seven) and if you have Partner Commanders it becomes ten cards in hand. This can help with the overall consistency of your Commander deck with bonus powerful effects. Having a payoff available to you from the beginning of the game will likely prove to be a powerful effect. On the other hand, do the deckbuilding requirements undo the power of this mechanic? 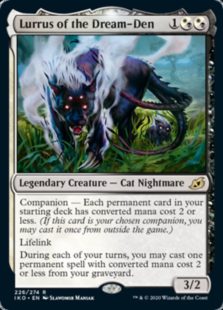 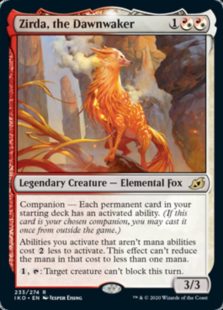 Here’s where the ‘...but’ comes in here with these cards. A large number of them have pretty high restrictions on your deckbuilding, therefore reducing the number of high power cards available to you. Take Lurrus of the Dream-Den as an example. A powerful card, but in the Companion slot, it removes a high number of the payoffs available to black-white decks. You lose Elesh Norn, Grand Cenobite, Sun Titan, Phyrexian Arena and several other key pieces for the colour pair in the format. Zirda, the Dawnwaker is another powerful effect in cycling decks but it also cuts off the ability to have cards like Fluctuator and other potential enablers or payoffs. You would probably like to include a lot of these powerful cards in your decks, but the requirements to include them in the Companion zone just hurt your deck too much.

Where Should You Play Them 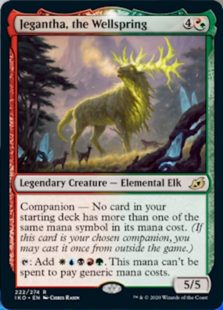 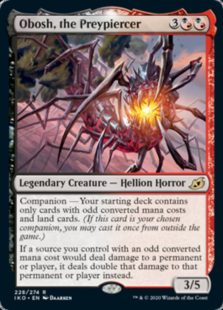 Going forward, I think using the Companion slot is for when you already have a list that won’t be disrupted heavily by the restriction. Kaheera, the Orphanguard is likely to find a high number of lists that it slots into as it is just a powerful card that will help support tribal decks. It’s a shame for those decks to lose Solemn Simulacrum and other value creatures that aren’t necessarily of their tribe, but having a lord available to them will likely be worth it. You’ll have to ask what these Companions do for your deck versus what they do to your deck. Diluting a core idea and gameplan for some additional value won’t always be worth it and may cost you.

A potentially powerful new mechanic that could change how we build decks, but may not have an effect quite yet. What do you think about Companions? Are you going to throw Keruga, the Macrosage in your Maelstrom Wanderer deck? Perhaps Jegantha, the Wellspring in your Golos, Tireless Pilgrim deck? Comment below and let me see a decklist!