When's the best time to cast your spells? At the last possible second, of course! This is a good rule of thumb, but if all you ever do at the end of the previous players's turn is cast your Opportunity, then you might not have enough places to spend mana!

Recently, I wrote an article on extra ways to spend life, and similarly, this week's article is all about effective Commander mana-sinks! What's the point of ramping into all kinds of lands if you're only using half of them every turn?

I'm going to focus on cards that let you use your mana at the end of the previous player's turn for profit. That way if you're holding up your counterspells, and nobody gives you a good reason to use them, you haven't wasted the potential of those islands sitting there on your playmat! Let's turn everything sideways every turn! 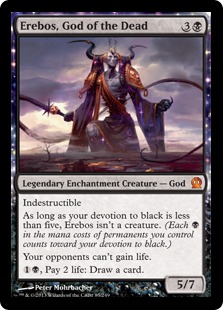 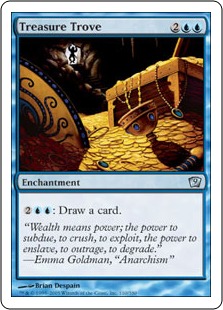 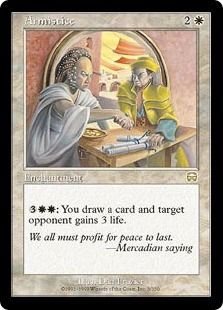 Let's talk about a few cards that can will let you sink your mana into extra card draw! Exponential growth! Erebos, God of the Dead is a cheap way to draw cards, but you're paying life for it. Sometimes his indestructibility and preventing others from gaining life will be worth it, but there will be times that you're unwilling to spend extra mana lying around on this. In that case, how about Treasure Trove? It's fairly resilient, as enchantments tend to be, and lets you swap four mana for one card. Not bad. For one additional mana, we get to draw a card in white using Armistice. For a colour that complains about lack of card draw, this is a pretty sweet find! I'll happily spread out some life gain among some opponents for the cards. Unless Erebos is out, then it's all upside! 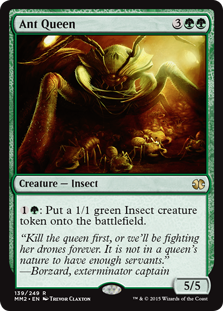 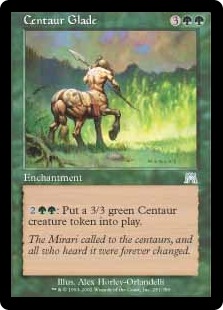 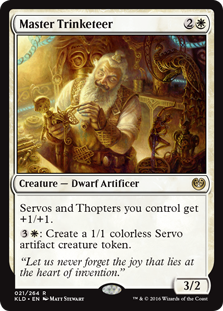 What if we'd rather turn that extra mana every turn into more of a board presence? No problem! There's lots of great cards that we can use to generate tokens. One of the cheapest ways is Ant Queen. We'll be able to flood the board in no time by spending two mana for a 1/1 Insect. That's 0.5 power and toughness for each mana spent. Although we won't get a greater quantity of creatures, we'll get more stats per forest if we use Centaur Glade. 50% more p/t than the Ant Queen, and it's on an enchantment. And look at that ripped horse butt! If we're not in green, I'll go for Master Trinketeer. As long as we can keep him alive, he'll help us amass a pretty imposing little army of servos! 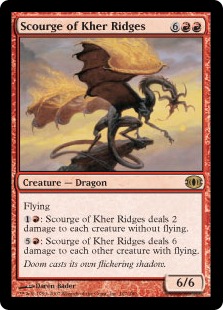 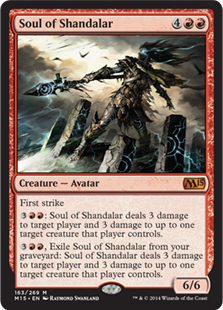 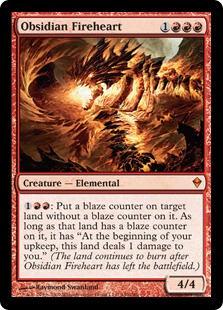 So, we're spending our mana to draw extra cards and create a token army, but what if we want to focus our resources on a more direct attack? (I'm looking at you, red players!) Then we'll need to convert our unused mana sources into damage! Do you hate ground creatures? Scourge of Kher Ridges basically reads: "The floor is lava". Probably not for use if you're also churning out insect tokens! If you want a more pointed damage mana-sink, I'll give some love to the loser of the "soul" cycle, Soul of Shandalar. Six damage total for five mana? Great! Once we're up to ten mana, this gets pretty ugly pretty quickly for your opponents! Shandalar seems like a brutal place. Wherever that is. Lastly, I want to bring up Obsidian Fireheart. Although you won't be doing direct damage at the end of the last player's turn, you'll be igniting the entire battlefield's lands on fire which will chip away at their life totals whether or not the Fireheart leaves play. Even if the table gets so mad at you that they make you "leave play", they're still gonna burn!

How do you like to spend your mana at the end of other players' turns? Have I missed a great one? Let's chat in the comments below!