It’s been almost one year since I introduced MTGCanada readers to my pet project: The Retrocube. Built with cards from Alpha to Weatherlight, the Retrocube is an experiment that asks what would happen if Magic’s earliest sets had been used for draft. It is also a cube-building challenge - can an enjoyable limited format be sculpted from cards that were never meant for limited play? 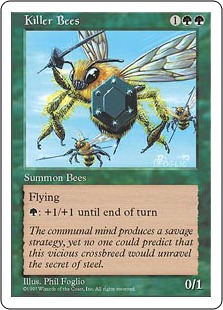 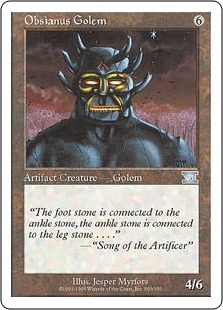 Initially I considered the cube a success just for getting cards like Killer Bees and Obsianus Golem back on a kitchen table, but nostalgia only takes you so far. Despite several overhauls and lots of tinkering one problem has persisted: the gameplay is lame. I might have concluded that its just the nature of that era of Magic, except I’ve seen the same problem in numerous other cubes using more modern cards.

What does lame gameplay look like? Essentially games where the decisions are either painfully simple or just don’t really matter - the most common being some game-changing bomb completely invalidating everything else in the game, but also games where you simply cast the most expensive card you can each turn and turn your creatures sideways as long as they’re bigger than the blockers. By comparison good gameplay sees players engineering board states that can leverage unusual cards or synergies, and tend to involve more instant speed interaction and risky maneuvers.

Cubes are especially susceptible to lame gameplay because we usually build them with the best cards available, leading to “last bomb standing” type gameplay. Savvy cube builders will try to include some combos and synergies to compete with the “goodstuff” deck, but when we’re starting with the best cards possible it is a very tall order for synergistic cards to be worth the trouble of trying to draft and play them. 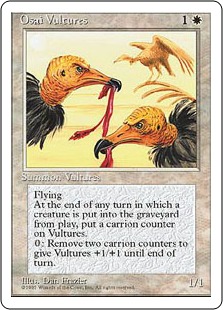 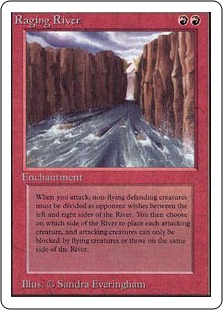 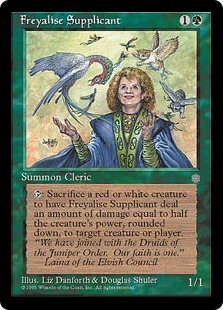 The fix is relatively obvious: stop including the best cards. While I wanted to have the iconic cards of the era like Serra Angel and Earthquake in my Retrocube they are extremely toxic to the gameplay because nothing else compares. There’s certainly room for generically powerful cards, but they shouldn’t be too much better than the average chaff - cards like Erhnam Djinn and Juggernaut are probably fine. Otherwise anything big should have some kind of drawback - more Lord of the Pit, less Necrosavant.

Of course it’s not as simple as just excising the most powerful cards and calling it a day. When we remove the gamebreaking bombs we run the risk of games not ending at all. I tried to hit this problem from numerous angles:

Overall the changes move away from cards that are unconditionally strong and towards ones that are situationally strong; away from cards that provide sudden game-changing advantages towards ones that provide small incremental advantages. This puts a lot more emphasis on drafting a good mix of tricks and bodies and then leveraging them correctly during the game. In my experience win or lose a game feels a lot better when it comes down to choosing your gang blocks and chump blocks in a way that maximize your tricks, rather than just hoping to draw your planeswalker. 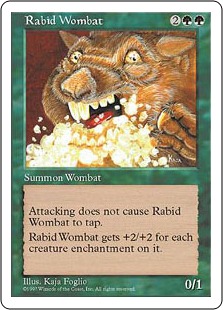 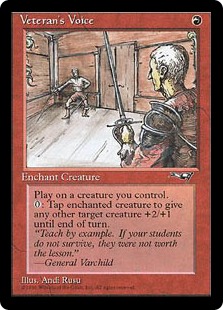 Finally, by relaxing the big power cards and using more incremental value cards drafting for synergy gets a lot better. While the old cards don’t have keywords everywhere to make synergies obvious, they do exist.Some of the cuter ones I’ve noticed include:

In general the challenge with adding synergy to a cube is ensuring the cards have more than one use. A lot of power cubes will shove a handful of red aggressive cards in that are completely unplayable to anything but the red aggro deck, which means the only way you end up with that deck is by jumping on ostensibly bad cards early and hoping nobody else does the same. It’s more interesting to be able to hedge on a reasonably playable card that might turn out a synergistic deck but would still be useful on its own. That is, both Sylvan Library and Sindbad are playable in lots of decks, but get ridiculous together. 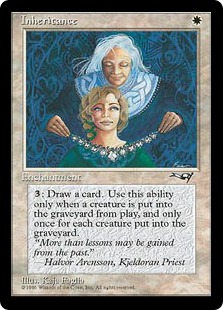 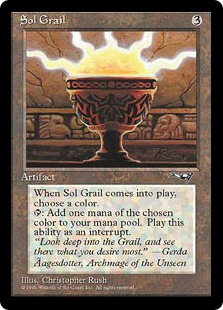 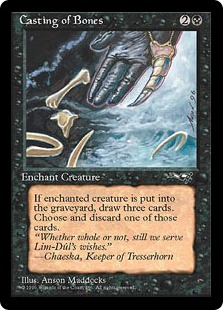 I had originally envisioned the Retrocube as running from Alpha to Alliances. The phrase rolls off the tongue nicely, and it provides a decent demarcation point of stopping before Wizards went all in on the three-set-block structure. However, because I was including cards like Balance, Mind Twist, and Sol Ring I needed cards that were more playable than Reef Pirates and Vodalian Mage. To solve the problem I added three sets and gained access to things like Ophidian and Phantom Warrior that could better keep pace with the top end. By dialing back from the top notch cards I was able to remove that last block and get back to the original scope of Alpha to Alliances again. For a look at the current Retrocube which supports up to 10 players, check out my link on cubetutor.

Until next time, good luck to anyone else working on a custom cube!